24 years young, one of the UK's most renowned sessions opens to "homos, heteros, lesbos, don't knows and disko asbos" again next month, helping mark the start of autumn's club season. The co-founder explains why our city's scene shines so brightly right now. 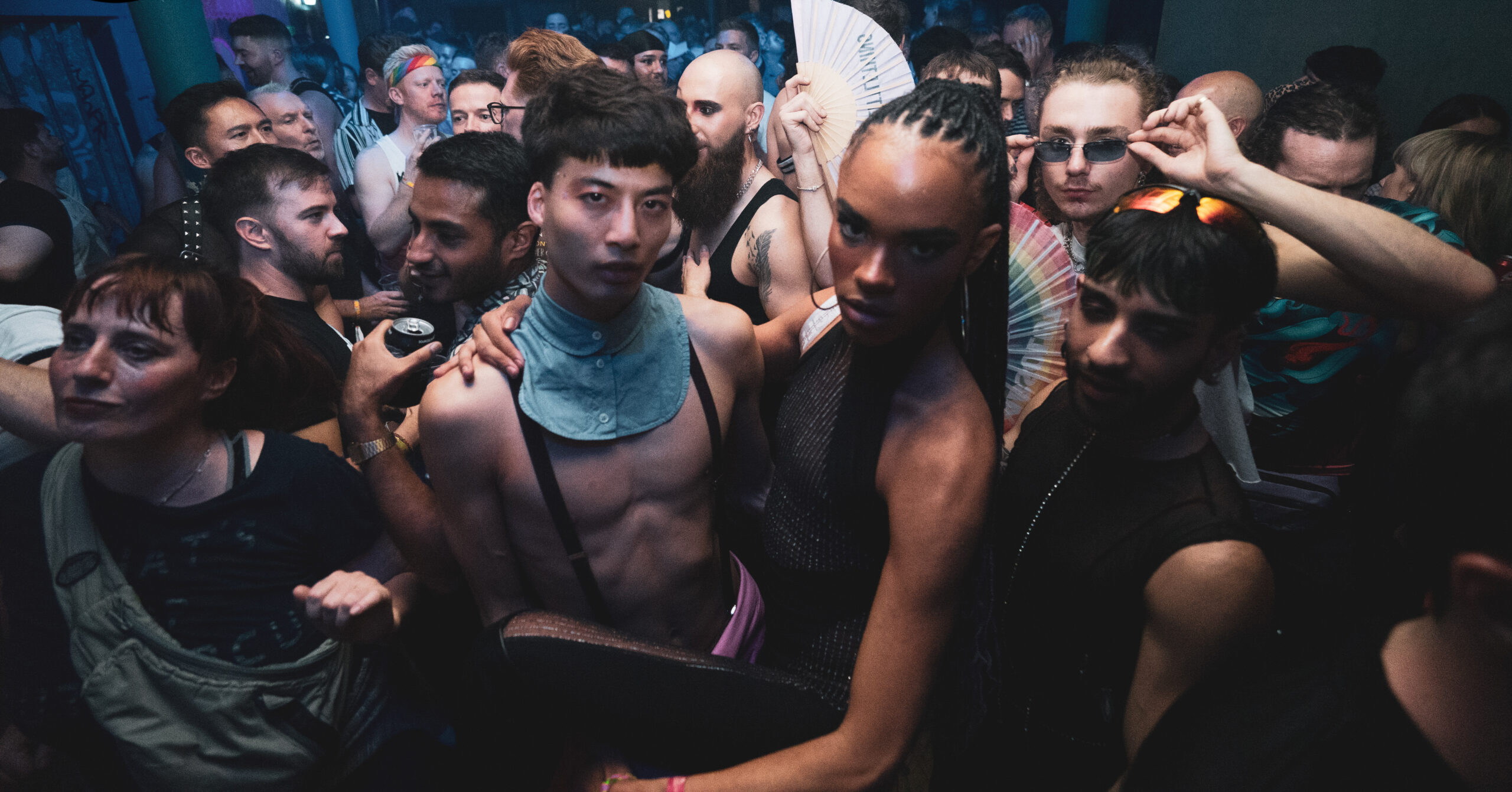 “The modern world, let’s be fair, it’s become a dark old place. People are arguing at 5AM about Madeleine McCann on Facebook. Or fucking injections and vaccinations,” says Luke Una, his vivid lens fixed on the global state of stuff which, conversely, is helping drive the re-energised clubs and parties he sees today.

“I think there is something happening in Manchester,” he continues. “I’ve noticed it at Hidden, I’ve noticed it at The White Hotel, I did notice it at [Mantra] when that was open, before it was closed down for housing projects. There seems to be a mood, almost a return to the naïve innocence and excitement, bordering on evangelism with music. I think it’s a reaction to a very dominant, mainstream, toxic world.” 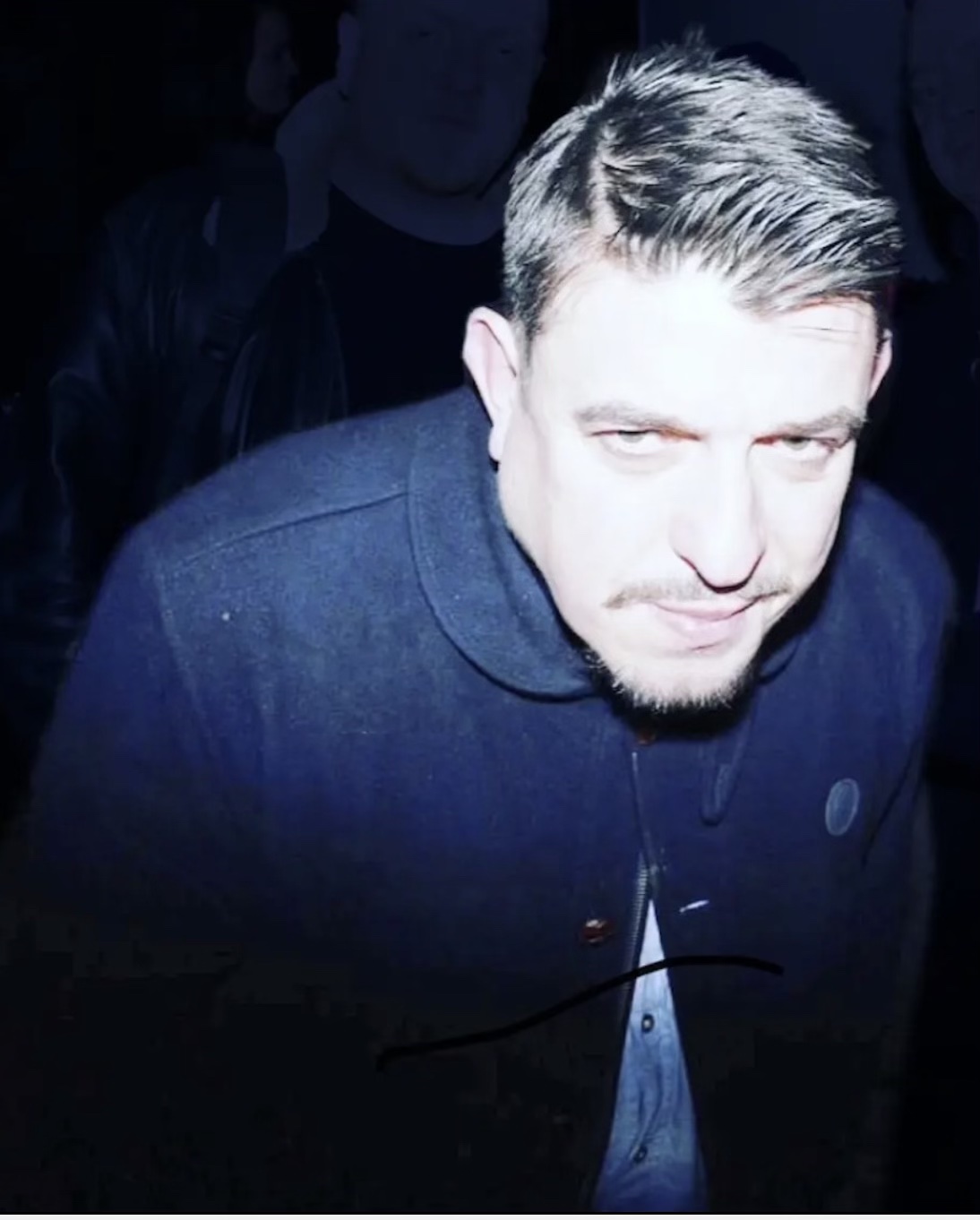 Big words, but with authority behind them. Arriving into the city in 1987, Luke has decades to his name as a promoter and DJ, not least through the Homoelectric and Electric Chair parties he co-founded. After calling time on monthlies, for 14 years the latter has existed as a pre-New Year event, dubbed End of Year Riot, but on Sunday 19th September the Chair is plugged back in for a marathon set from disco-chug titan DJ Harvey at Concourse, Mayfield Depot. Its return catalysed by the infectiously loose, deeply impassioned atmosphere evident at many parties right now.

“I remember being at a rave at Pomona tram stop,” Luke recalls a pre-pandemic free party many remember as one for the ages. “You had the queens, the young lads from Hulme grafting, the maddest mix of people and it just felt so right. I’d not had that for a long time. People weren’t bothered about how old you were, what colour your skin was, your sex. There just seemed an intuitive, natural, heartfelt, genuine goodness in the air. COVID has put more wind in those sails.

“I think this period of darkness we are going through — culturally, financially, on a mental health level — despite the tragedy and the Armageddon of it all, which means a whole new unity anyway, what will come out of it is a host of young DJs, music, and the need to unite in these weird little clubs again,” he continues, namechecking the open-armed programming at Partisan and Islington Mill as further examples. 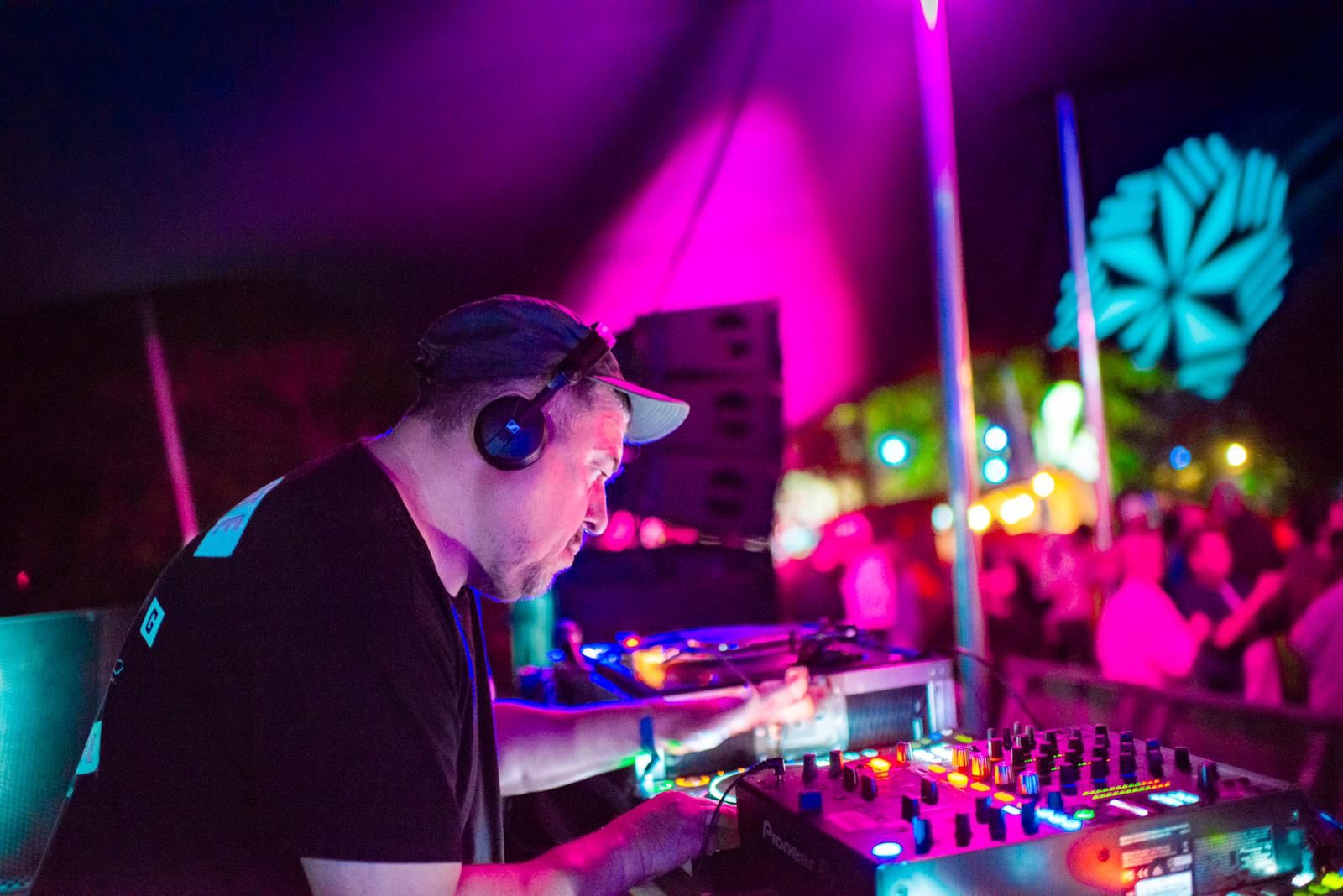 “You have this growth of the city. But remember, things coexist. Sometimes what makes the underground strong is a dominant mainstream because people then go to the twilight clubs on the edge of Cheetham Hill. In Strangeways. Old garages with bars in the floor. Or they go to a random warehouse. I think we are coming to that point again.”

In comparison to Electric Chair, Homoelectric never left. Our conversation moves to the origins of a session with a national reputation for a broad but refined music policy, and diverse crowd. Whether they consider themselves “rave gandolfs… Balearic Silverbacks… acid cougars… young queens… [or] chickens. 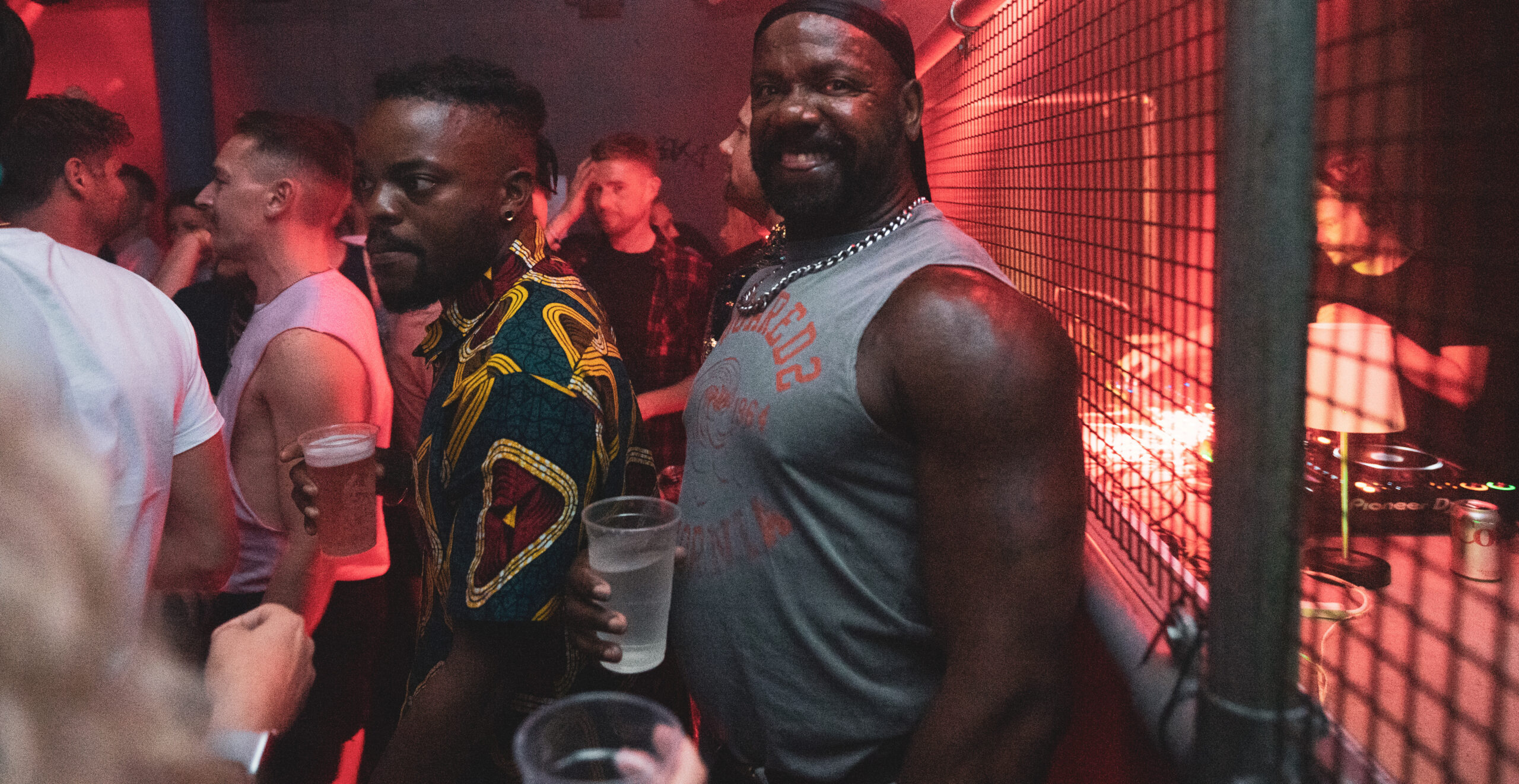 “I think the fact the party was started by a queer guy and a straight guy says a lot,” Luke recounts how Homoelectric, which he set up with Ryan Minchin, first began. “We both wanted to put on a party where sexuality wasn’t necessarily the key thing. I mean, of course we wanted a queer safe space. But really it was about inclusivity. I’d drunk in the village for about ten years before and had always been welcomed into that family because it was such an open and accepting place.

“We wanted to do something where the music actually meant something. Where it was quality underground music,” he continues, citing the likes of Flesh as examples of lost parties with a similar “Black heart disco” soundtrack uniting all corners. “We were literally beyond the Village People, at a pub called Follies, which had the maddest mixture of drag, trans, British rail workers.

“There was no PR plan… it was really just a fucking party, flying a flag for things we love and believe in. The night has mutated, nomadically found itself in various moments, clubs, and places. It’s like Dr. Who: every four years it rejuvenates,” Luke quips. 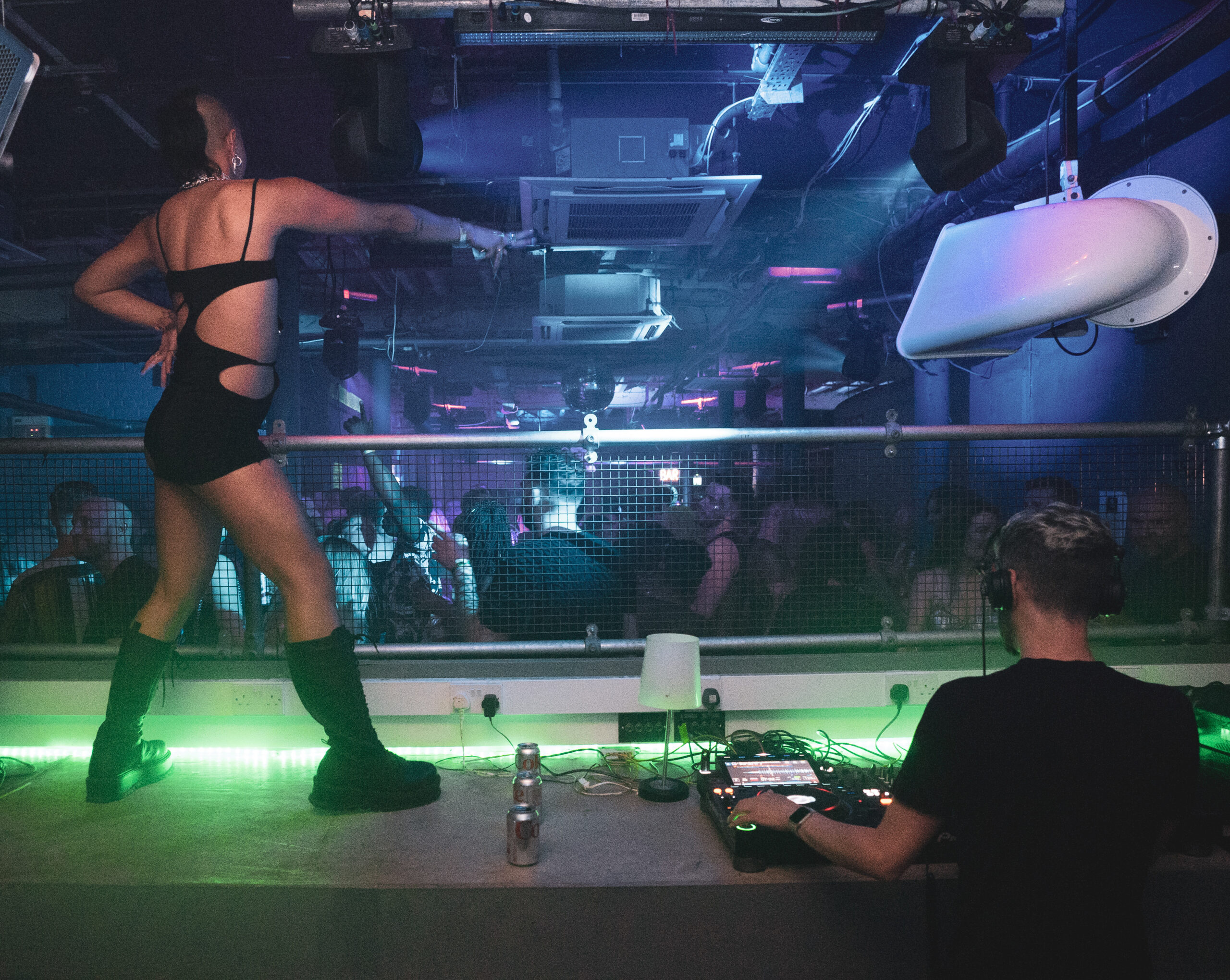 Homoelectric’s apex so far was arguably 2019’s 10,000-capacity day-night festival Homobloc. Mammoth line-up aside, the real story of that event was how the debauched and untamed air of freedom the far more intimate club nights are known for was authentically upscaled. Successful enough to return this November, before that the party lands at its latter-day spiritual home, Hidden.

“Hidden suddenly feels like the best club in the world,” Luke says of a venue that emerged from lockdown with reimagined layout, improved sound, new lighting, and clear intent to make up for lost time. “We’ve booked two of our heroes, Prosumer and Maurice Fulton. Both have played for us a number of times. But, like Harvey, they are two of the best alchemists of underground dance music.

“And we’re not one-dimensional, you know? There’s house, there’s disco, there’s techno, boogie, Brazilian, R&B, soul music. [Homoelectric] has always been variety. Different rooms for different people. Find your corner, find your place, and hopefully you’ll feel comfortable being at a night that has been going for 24 years but, I like to think, never rested on its laurels, and brings in new blood. Like Gina Breeze and Lukas (Bugatti), who right now are doing incredible things.

“In Manchester that last week of September, the beginning of October, all the students are back, everyone’s back from holidays. The kids are back in school, the weather changes,” Luke explains the significance of Homoelectric’s next date, before clarifying what newcomers can expect. “Come as you are, there is no dress code… The more the merrier. Don’t get me wrong — if someone comes in and is abusing that queer space they’re gonna get slung out. But if you’re a good Homosapien who loves music, you’re gonna love it… Let yourself go, nobody is going to judge you.”

38 Places that EVERY Student in Manchester should know about