The runaway train that is Art Battle Manchester will pull into Escape to Freight Island this January. 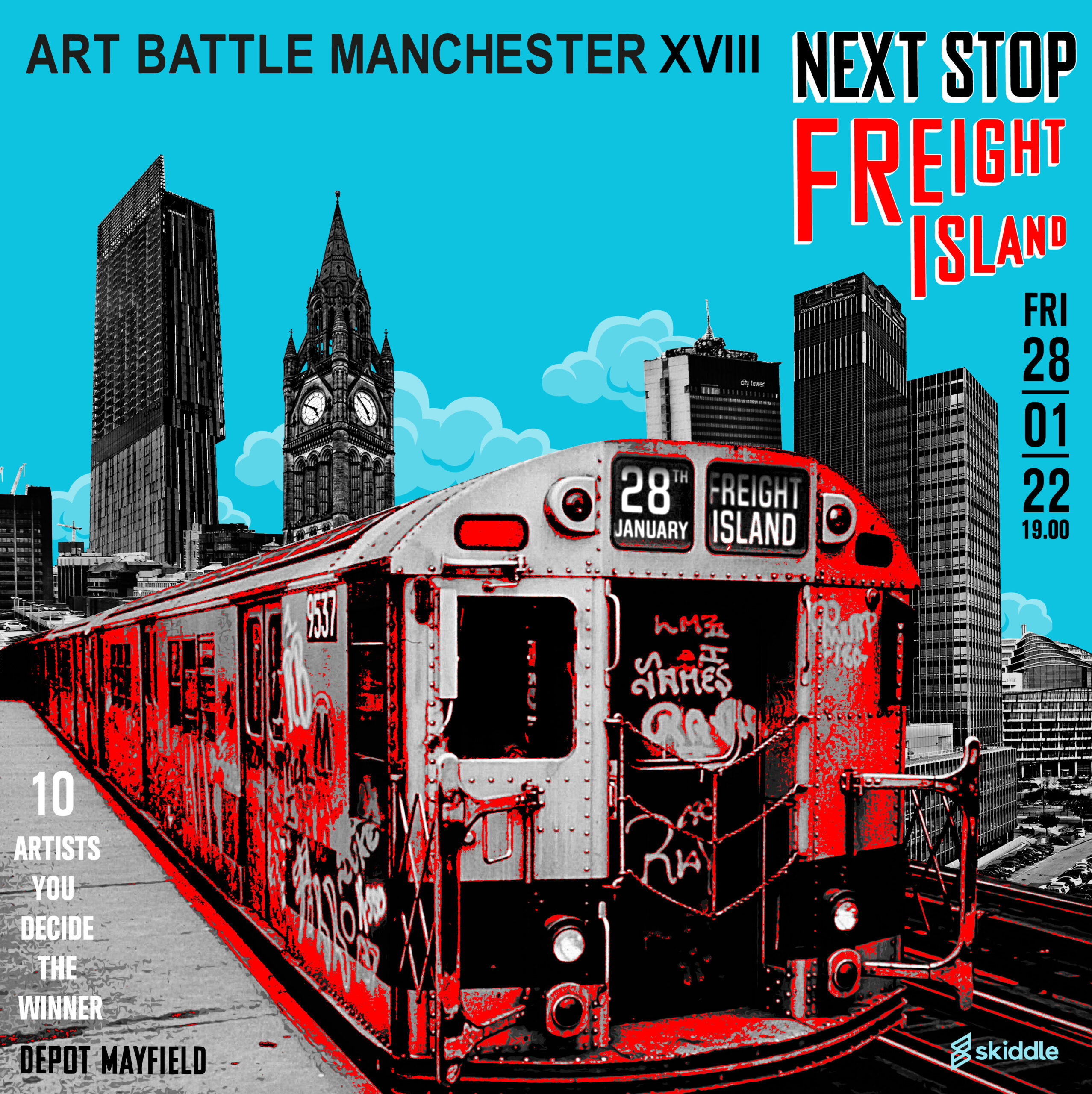 In the remains of Mayfield Railway Station, Escape to Freight Island has fast become Manchester’s premier entertainment space. Art Battle Manchester will turn this hugely popular urban playground into Paint Island for one evening only. 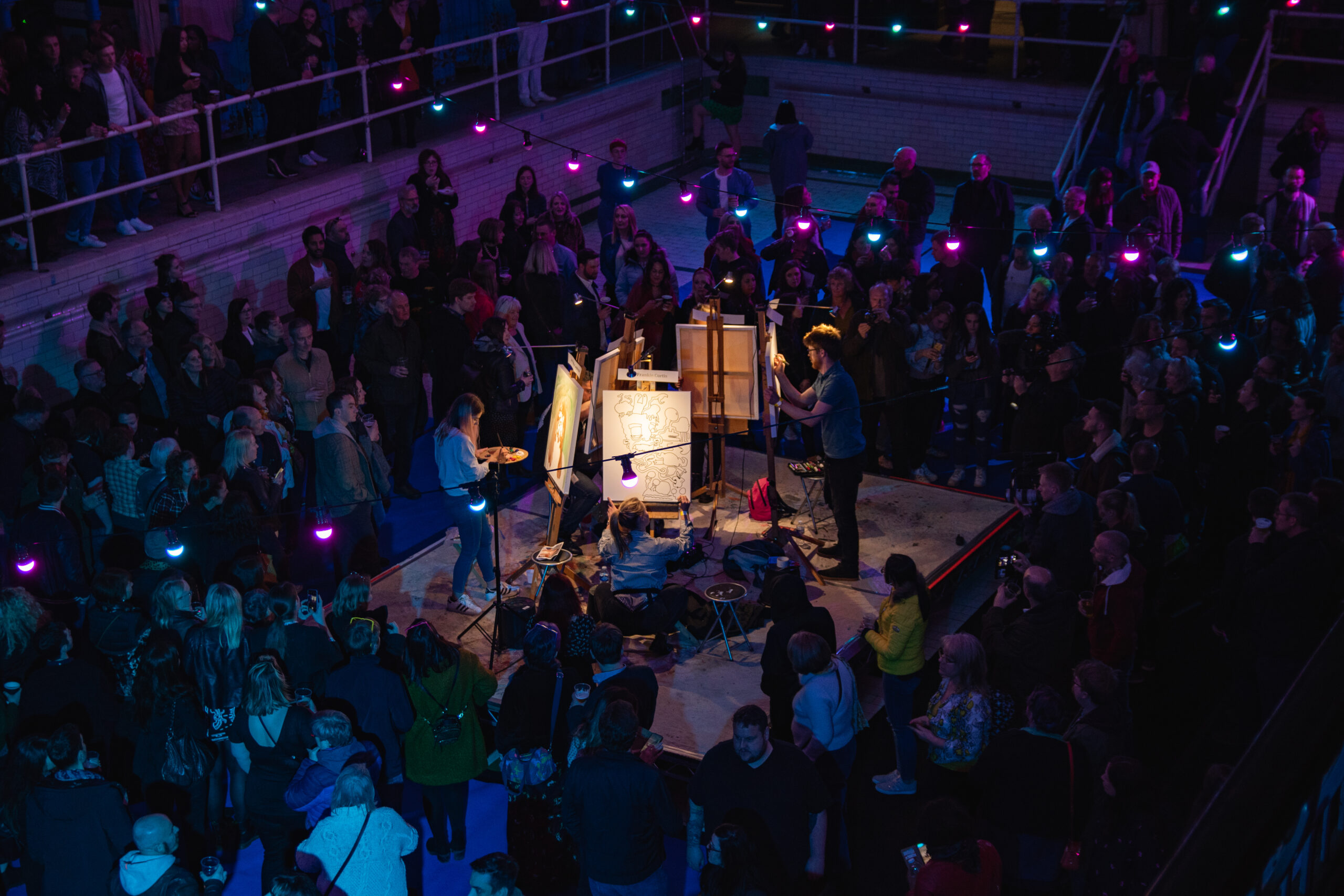 When they started dating John took Sophie to lots of gigs. In return, Sophie tried to get John to some art events. He wasn’t keen, believing the art world wasn’t for people like him, without any formal art training or background knowledge of what he was ‘supposed’ to like. Sophie had her work cut out.

One evening (over a few beers) they chatted this through and realised there must be other people who felt like John. There was a gap, they concluded. A gap for an inclusive, unpretentious, high energy art event where everyone’s opinion was equally valued…the concept for Art Battle Mcr was born! 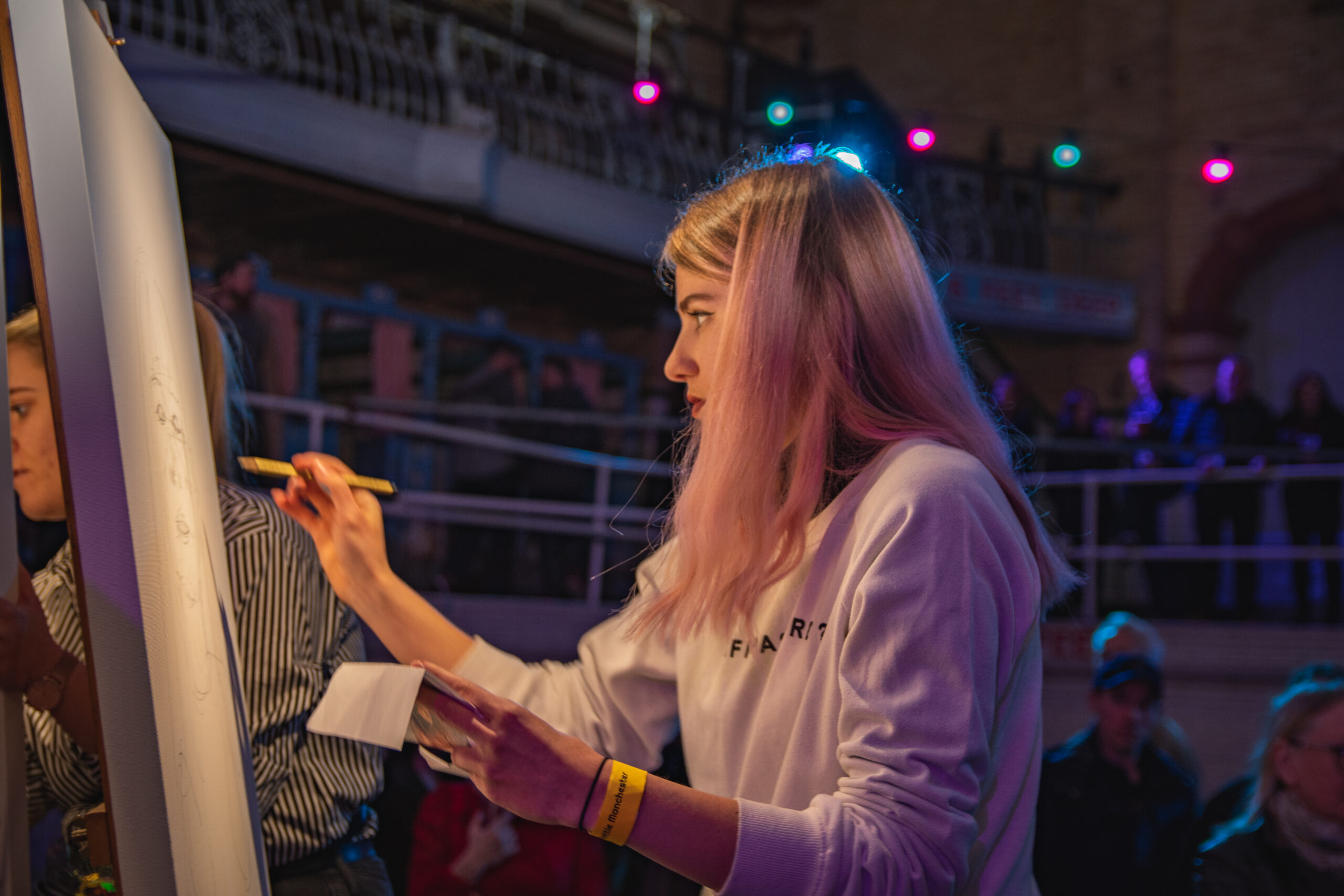 Since it started the event has delivered 18 sold-out events across the city, never using the same venue twice. They clearly have a penchant for bringing the off-beat lively event to stunning buildings, as recent venues include London Road Fire Station, Albert Hall, The Royal Exchange, Victoria Baths and an array of historic mills and warehouses. 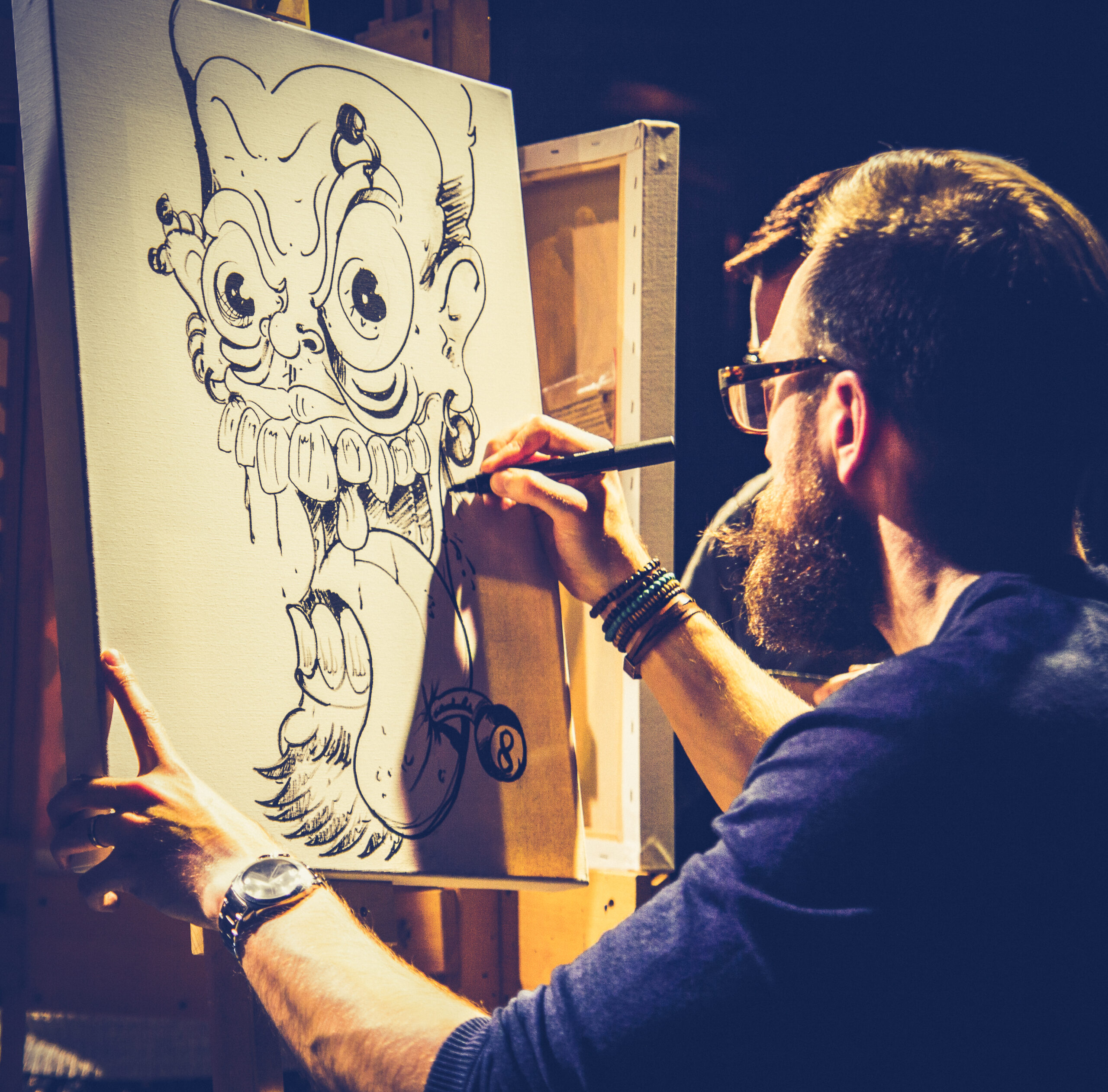 Art Battle Manchester XVIII – Next Stop Freight Island will feature ten new fearless artists taking centre stage. A capacity crowd will watch painters, illustrators, tattooists and street artists go head-to-head in what has been described as the city’s most energetic art event. With only 30 minutes to create a masterpiece – YOU will decide who is crowned Champion.

In addition to art and music, expect some unexpected shenanigans!

50% OFF Food at Shack and FREE Gaming at Lost Weekend