Masks Off: The Vogue Ball is a Vital Expression of Identity and Ideas

Hosted by House of Suarez and Contact, The Vogue Ball returns to Manchester this month with 'Night at the Poseum'. We speak to the founder, Darren Suarez, about this spectacular event, and the history of UK vogue. 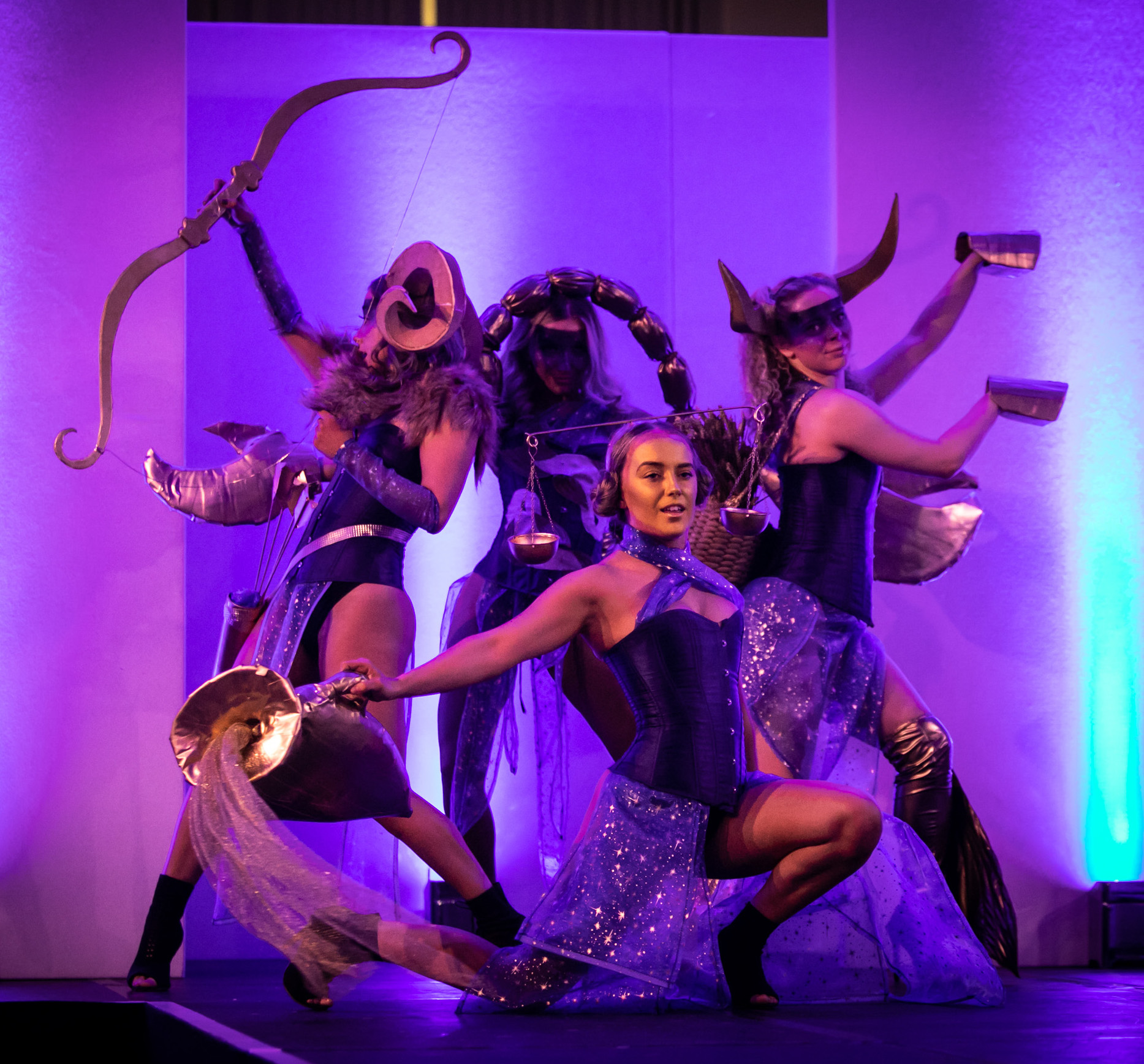 It’s patently clear after a few minutes on the phone together that Darren Suarez has more than a few stories to tell. More so, he knows how to tell them.

Coming out on the Liverpool gay scene in the late-1980s, he and friends would leave clubs at closing — around 2AM back then — and take to the graveyard of the city’s iconic Anglican Cathedral. There, on a raised level, in the pitch dark of night, they practiced voguing in lieu of a real venue. Years later, his performance piece, ‘Dancing With the Dead’, paid tribute to those early morning throw downs, and the people in that group who were taken before their time, some through AIDS, others drugs.

After successfully embarking on a career in commercial dance, in 2001 Suarez enrolled at the Northern School of Contemporary Dance in Leeds, where he now lectures and teaches a voguing module. In 2006, House of Suarez was established, which he describes as “a dance theatre company combining voguing, classical, contemporary and commercial theatre.” Inclusivity is a priority, from gender and sexuality to ability, hence working with organisations like Liverpool’s DaDa (Deaf and Disabled Arts). 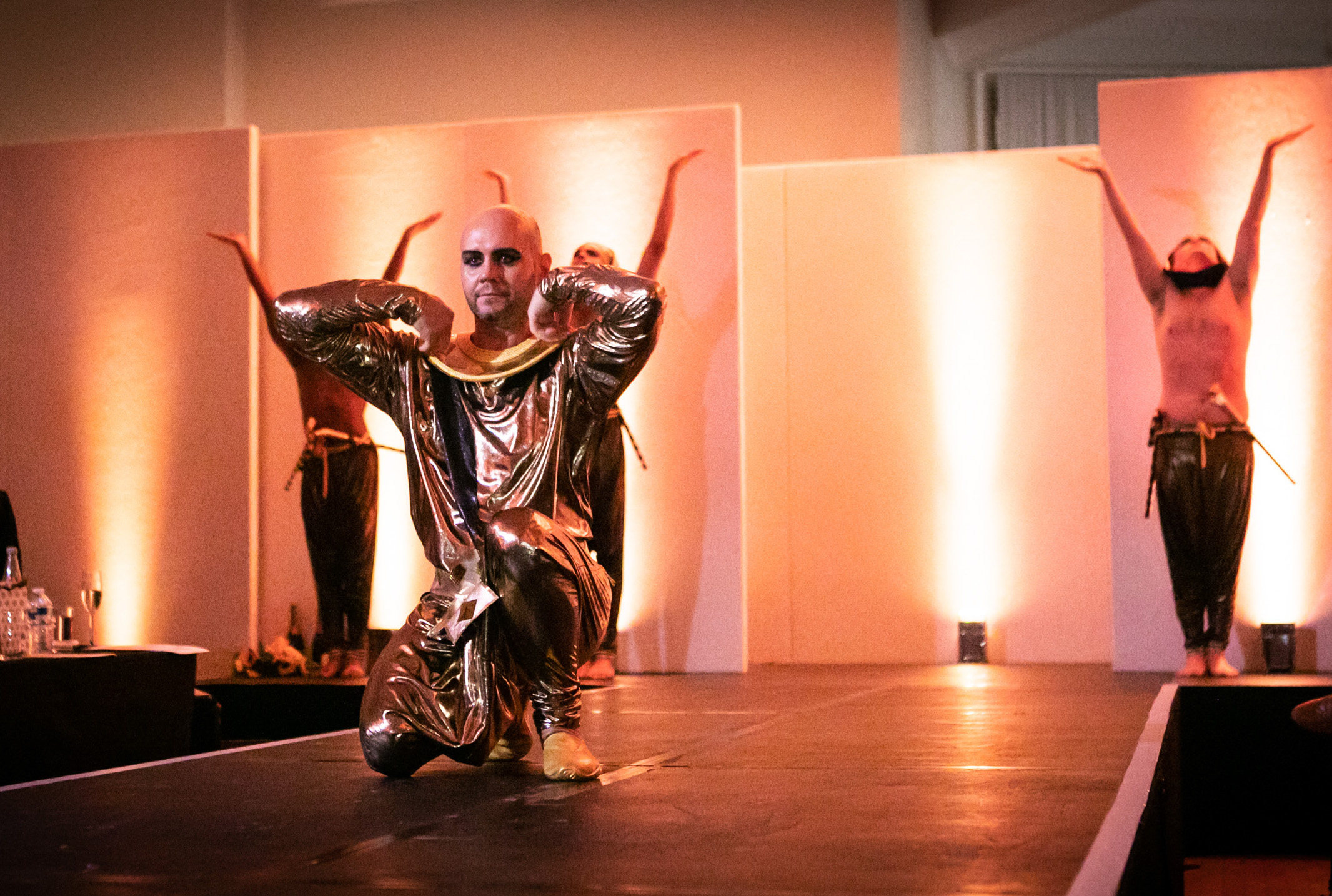 Darren Suarez is the founder of House of Suarez, and is a central figure in UK voguing

Suarez is also a cultural historian, able to pinpoint when voguing arrived in Britain. And the route it took to get here — first finding a footing in Ibiza via import from its American homeland. There, party people from both the UK and US engaged in a loose form of cultural exchange.

Skip forward to today, and Suarez is also the mastermind behind The Vogue Ball, which heads to Manchester Academy on Friday 18th February, in collaboration with Oxford Road’s Contact theatre. On the night, attendees can expect some of the finest vogue houses in full effect, and a theme of ‘Night at the Poseum’. Before he explains what that concept is, though, we ask about the motivation behind House of Suarez.

“I didn’t want my house to be pure vogue, as that’s not my journey. I wanted it to explore my creativity. We did a little R&D with a piece called ‘Liverpool Is Burning’, a play on ‘Paris Is Burning’, and it basically told the story of what the scene was like through comedy, voguing, contemporary dance — the battling, the drag culture,” Suarez says.  “All that area was explored for two years, then in 2008 I wanted to do a ball, and was able to partner with Homotopia, and Duckie in London.

“It was more of a drag ball then, as nobody was voguing. The UK didn’t really come back to voguing until about 2013, 2014. But the ball was a huge success and I decided to run with it as an annual thing, each with different themes. In 2013, we spoke to Contact in Manchester, who were really keen to bring the ball to the city. We did a small event with a 150 capacity audience and smashed it as Manchester has this fantastic openness to queer theatre,” he continues. 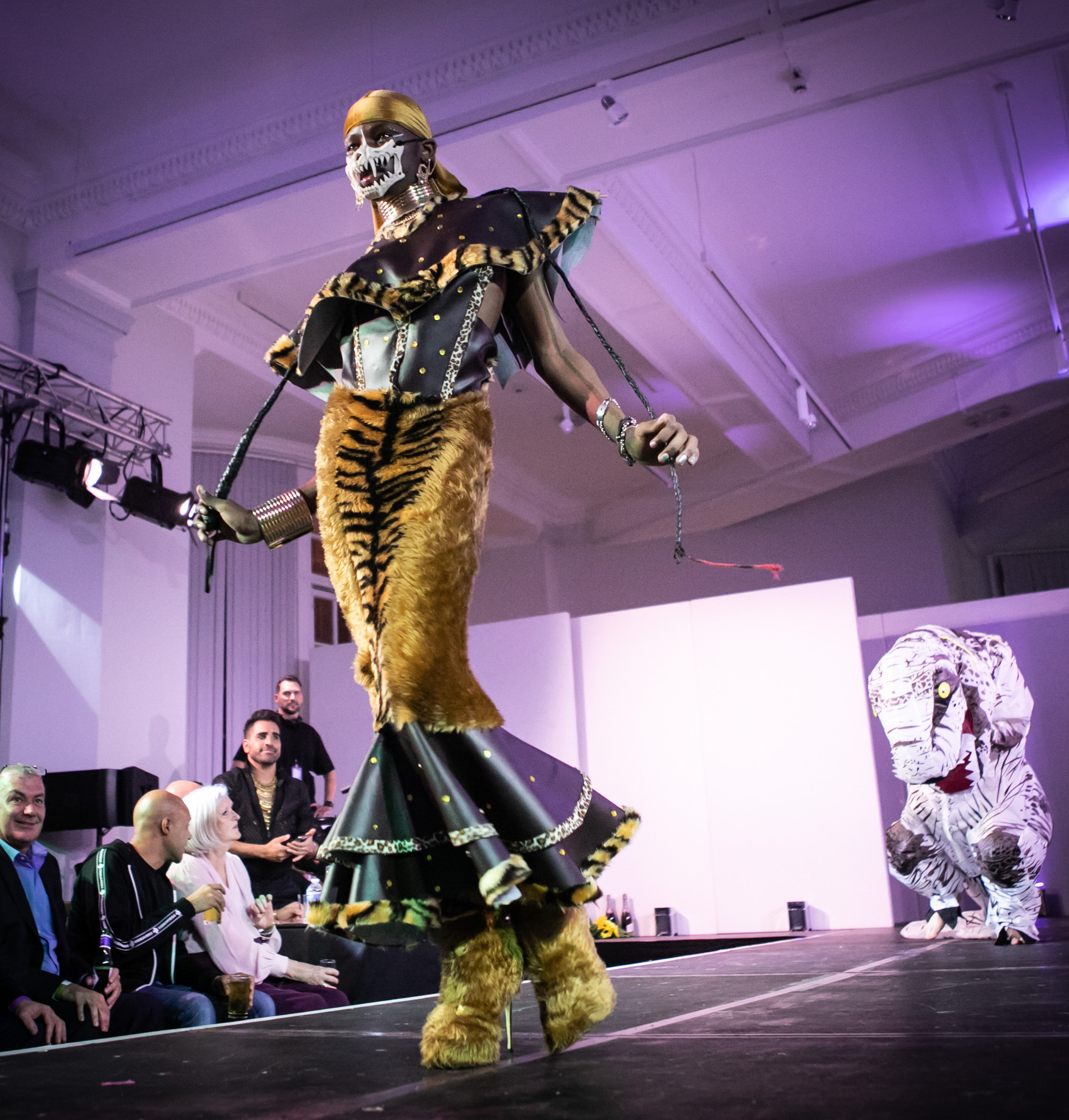 ‘Night at the Poseum’ met its first crowds in October last year, with 300 people filling Liverpool’s World Museum. Each house was given an exhibit to build their routine around. House of Suarez took on the Egyptian Room, a fitting option given voguing found at least some inspiration in hieroglyphs and other iconography from the era of the pharaohs.

“We’re now seeing a massive movement return, because the internet exists and people can access and develop skills in their style of voguing at home. They don’t need to find the Kiki Balls or the Grand Balls. A lot more people are doing it,” Suarez replies us when we ask why voguing in the UK disappeared back underground after Madonna broke the charts her homage to the culture in 1990. “When I was conceiving House of Suarez, it took me years to demystify what voguing was to people. 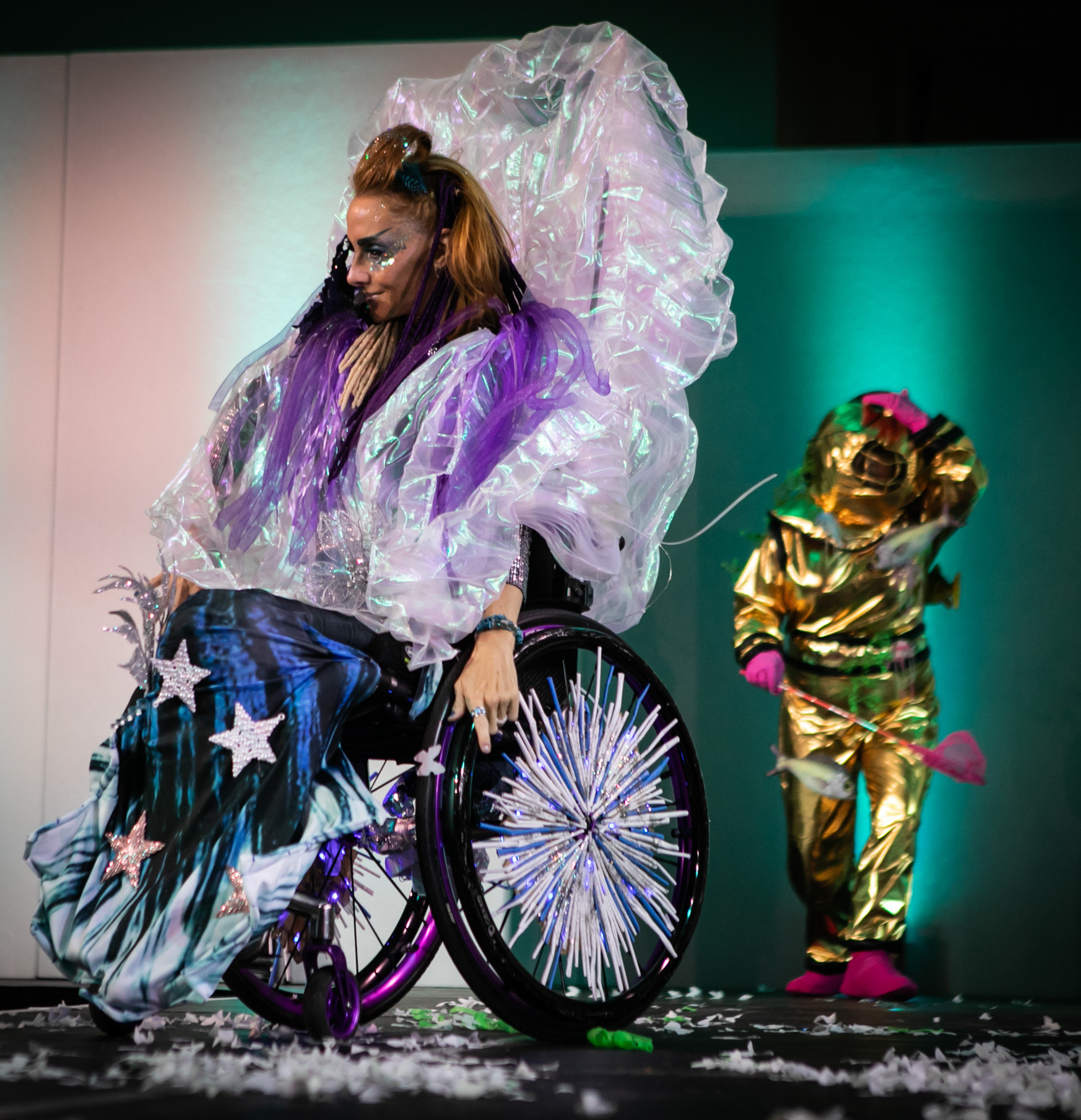 The Vogue Ball: Night at the Poseum is an epic celebration of ideas and identity

“I think if you’re involved in any subculture, you know how important it is to have a community within that. It creates a place where you feel safe, you can express yourself and develop ideas and concepts,” he continues, explaining what the culture means to him, before focusing back on The Vogue Ball itself.

“The Vogue Ball for me, my first one, was about me exploring, it was on my bucket list to do it. But as it went on and I got a few things out of my system in terms of who I am, identifying my sexuality properly, my creativity and artistry and where all that fits in a community, it became clear House of Suarez has its own community. As a company and organisation it’s about nurturing that. So now, voguing for me, is more about enabling others to do it.”

Find out more about House of Suarez.

The Vogue Ball After Party will take place inside Contact theatre after the main event, is free to attend, and tells the story of Black Angel — an antithesis to the white male-dominated queer scene of the 1990s, founded in Manchester’s Gay Village. No booking is required.