Cal Mac has worked with some of Manchester’s most talented names, recently styling the likes of Black Josh, Kimmy Beatbox & Just Banco with big things in the pipeline for January...

Cal first came to our attention after styling Mason Collective for the Louis Vuitton opening party in Selfridges and has continued to work with some of Manchester’s key creatives and top UK brands, mentioning another upcoming editorial piece with Mason for their Complex UK collab.

“As a child I was always into dressing, male or female. I loved shapes & shades, I was ridiculed as a young ‘un especially being in the area in Manny that I’m from. I was often questioned for the pretty nuts outfits I put myself in.

“I came much more into my own during high school, distressing my own denims & wearing whatever the hell I thought was cool, but wasn’t aware of fashion actually being something you could study & you know, work in.

“So leaving school I just threw myself into the ‘real world’ & went full time at Office Shoes, still totally unaware you could study fashion, but so so interested in it, I just constantly wanted to be around trends & fashion. Forgive me, I was 17.”

5 years down the line, Cal tells us that his progression in retail, from Office to his current role at Selfridges, was his university studies. He met the people he needed to meet in the industry and even helped out students that wanted to shoot him for his style and look.

“I have never taken inspiration from a certain thing, I couldn’t name who inspires me. But I have learnt from creatives, extremely talented and under-appreciated creatives and my girlfriend Nicole. Being surrounded by her daily creative & amazing brain has brought me on leaps & bounds.

“My shooter and good friend George not to mention, One6Wave – a music collective consisting of 8 of my best friends that I’ve grown up with. Honest criticism and real love has helped me to develop.”

Cal brings his ideas to life with the help of photographer George Heaton, who’s previous clients include Vice and Parklife. George told us; “I combined my interest shooting musicians/performers and my studio knowledge to form the work which me and Cal now collaborate on.

When it comes to the projects we work on we both have a similar mind sets and are open to experimenting with ideas, even if it means taking risks on shoots you might not get the chance to do again. I think that’s why the work we are producing stands out, because before anything we are pushing our abilities collectively.”

Cal’s career has continued to grow with various opportunities to style and model with Manchester based brands Rigato & Gramm. “Shout out to Will Mellor, Ak & E”. Cal was then approached by an old friend at Fred Perry to style, model, talk music and personal growth in the fashion industry.

“After that shoot I started co-styling with more brands being approached much more often, I was working closely with Kustom London and learning a lot from Luke Menikmati, a very talented individual. He has helped hone my craft both in front and behind a camera. I have learnt a lot from Luke & I don’t actually think he knows that.”

How does it feel to be progressing as a stylist being supported by other Manchester talent?

“It feels so humbling & sweet as fuck. The names I’m currently having conversations with are literally top tier MANCHESTER talent, the upcoming By Cal MAC & George Creates piece will underline that.

A lot of people scream and shout about Manny at the moment & there is a lot of talent here, it’s our time as a city to shine & a lot of individuals will feel the benefit from that as a whole. The entire creative hub is loving, but it still needs nurturing, more agency’s could help this. More publishers like yourselves, too.”

Cal and George have just landed their first client; directing, styling & casting for the work wear/casual based brand which drops as we head into 2020 and apparently it’s a big one, so keep an eye out for more of the good stuff from the duo and bits by Cal in the future. 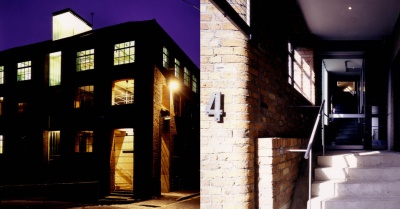 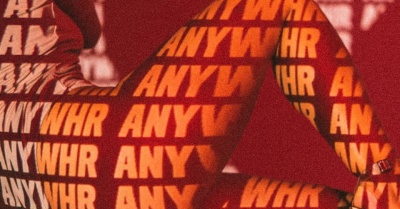