MIF to GIVE AWAY Thousands of Books this Weekend!

Big Ben is coming down, so grab yourself a book this closing weekend...

Argentinian art pioneer Marta Minujín’s Big Ben Lying Down with Political Books is a 42-metre sculpture in the shape of London’s iconic Big Ben tower, made from 20,000 books about British politics. Through this year’s Manchester International Festival (MIF) the immense construction has been occupying Piccadilly Gardens in Manchester with audiences exploring the structure inside and out.

‘Big Ben’ will begin to be dismantled at midday on Friday 16 July, MIF and Marta Minujín are inviting the public to take home their own piece of history. Writing on race, class, gender, disability and societal injustice will be given out alongside poetry, fiction, biographies and essays. 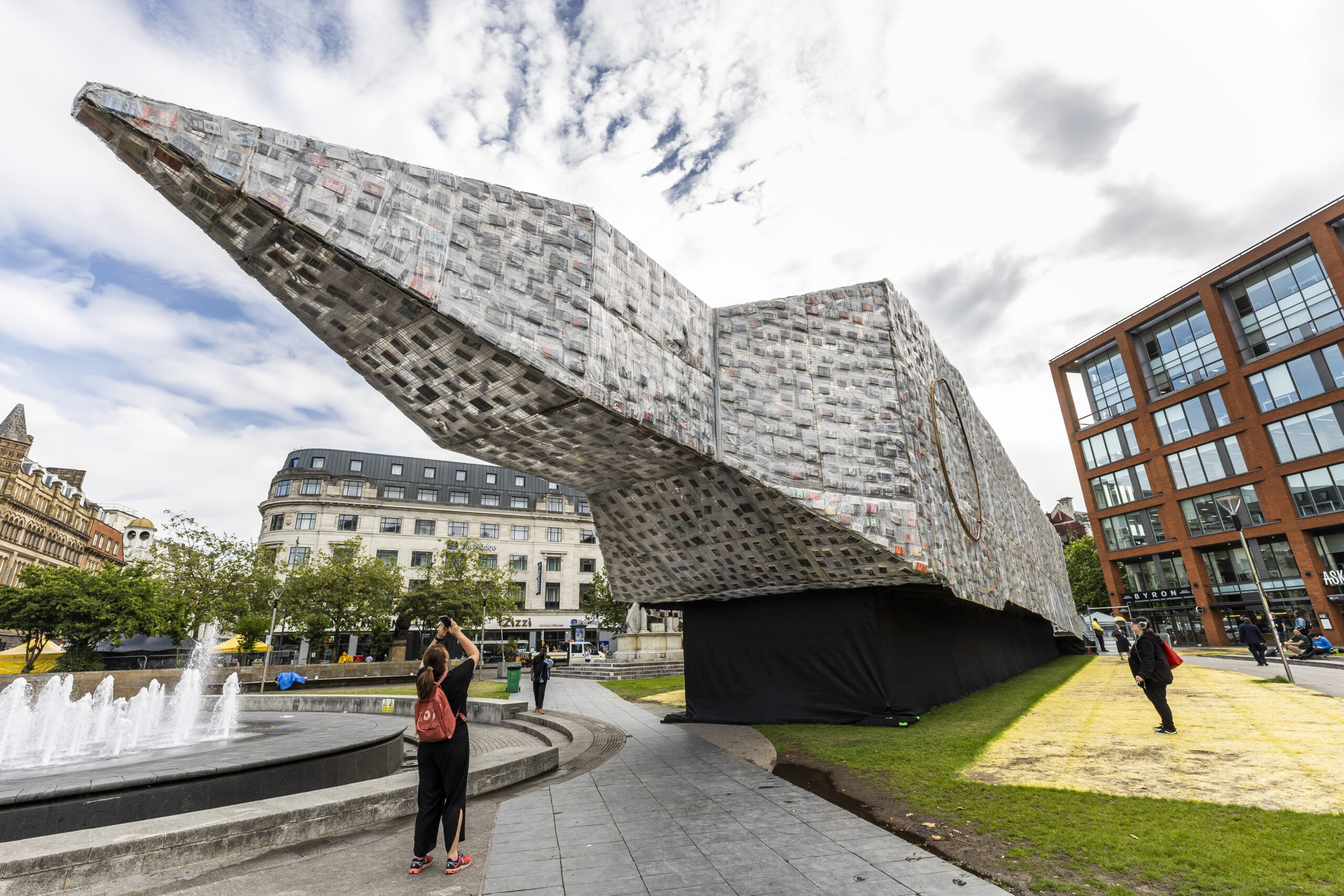 ‘Big Ben Lying Down With Books’ in Piccadilly Gardens

The diverse list of writers, selected by a coalition of Manchester and Salford based organisations, ranges from Mary Wollstonecraft to bell hooks, Angela Davis to Akwugo Emejulu and Francesca Sobande, Margaret Atwood to Irvine Welsh, Walter Rodney to Mary Beard, Karl Marx to Rutger Bregman.

Manchester writers and activists from Anthony Burgess, Elizabeth Gaskell, Shelagh Delaney and Emmeline Pankhurst to Hafsah Aneela Bashir, Lemn Sissay and Marcus Rashford are amongst the titles that will be given away, as well as publications from contemporary writers Akala, David Baddiel, David Olusoga, Nikesh Shukla, Naomi Klein, Caitlin Moran and Bernardine Evaristo, alongside classics from George Orwell, D.H Lawrence, Charles Dickens and Doris Lessing.

The oldest book in the collection is Common Sense by Thomas Paine, published in 1776 – the most recent is Marcus Rashford’s You Are A Champion: Unlock Your Potential, Find Your Voice and Be the Best You Can Be, published earlier this year. 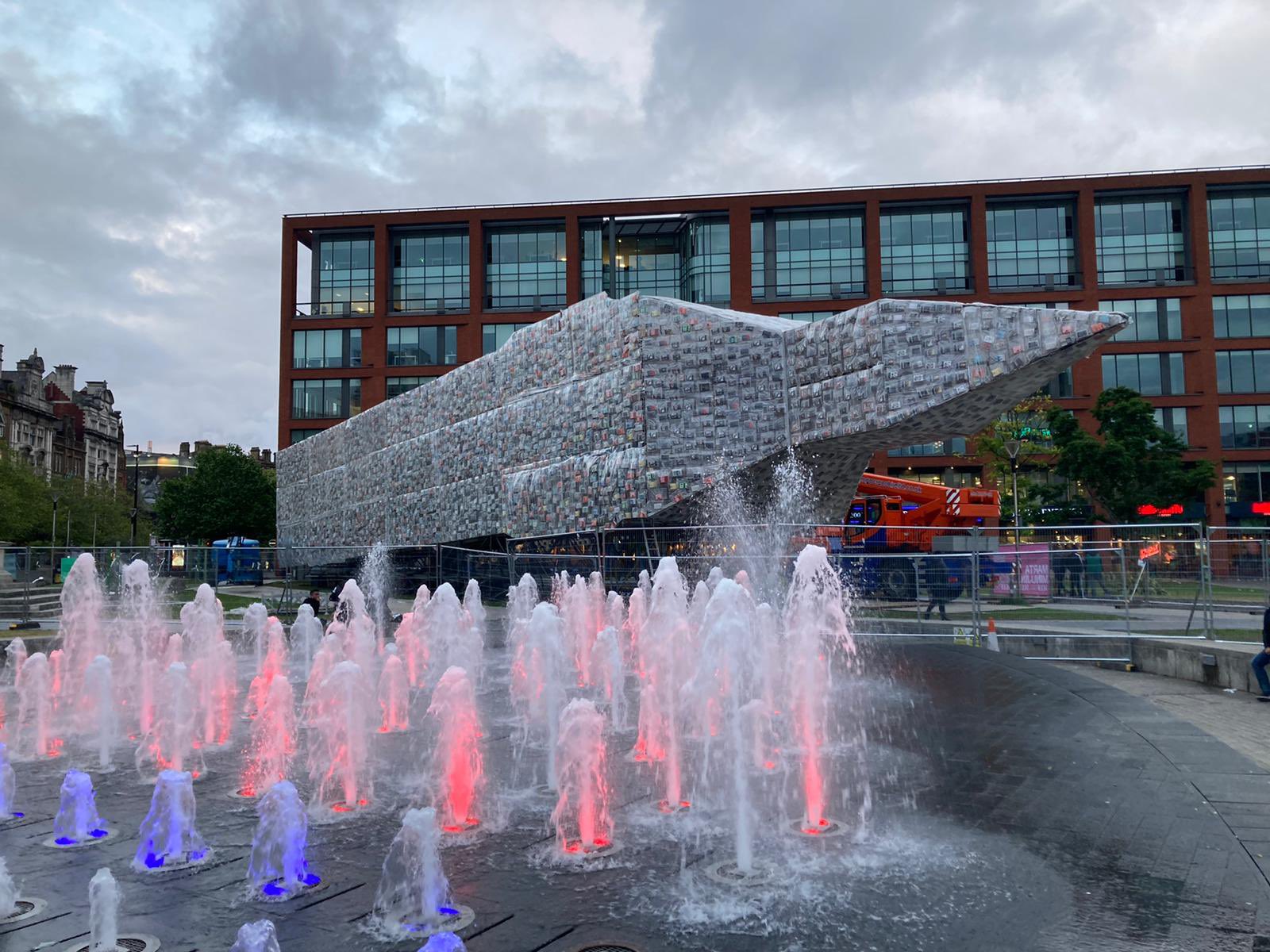 Contemporary publications include The Celox and the Clot by poet Hafsah Aneela Bashir, Pregnant Then Screwed by campaigner Joeli Brierley, award-winning short story collection Manchester Happened by Jennifer Nansubuga Makumbi and acclaimed memoir My Name is Why by poet and author Lemn Sissay.

Books will be given away from midday on Friday 16 until 10pm on Sunday 18 July, with the remaining books distributed to schools and libraries across Greater Manchester. Each book is stamped with a drawing created by Marta Minujín of Big Ben Lying Down with Political Books and her signature for people to treasure for years to come. 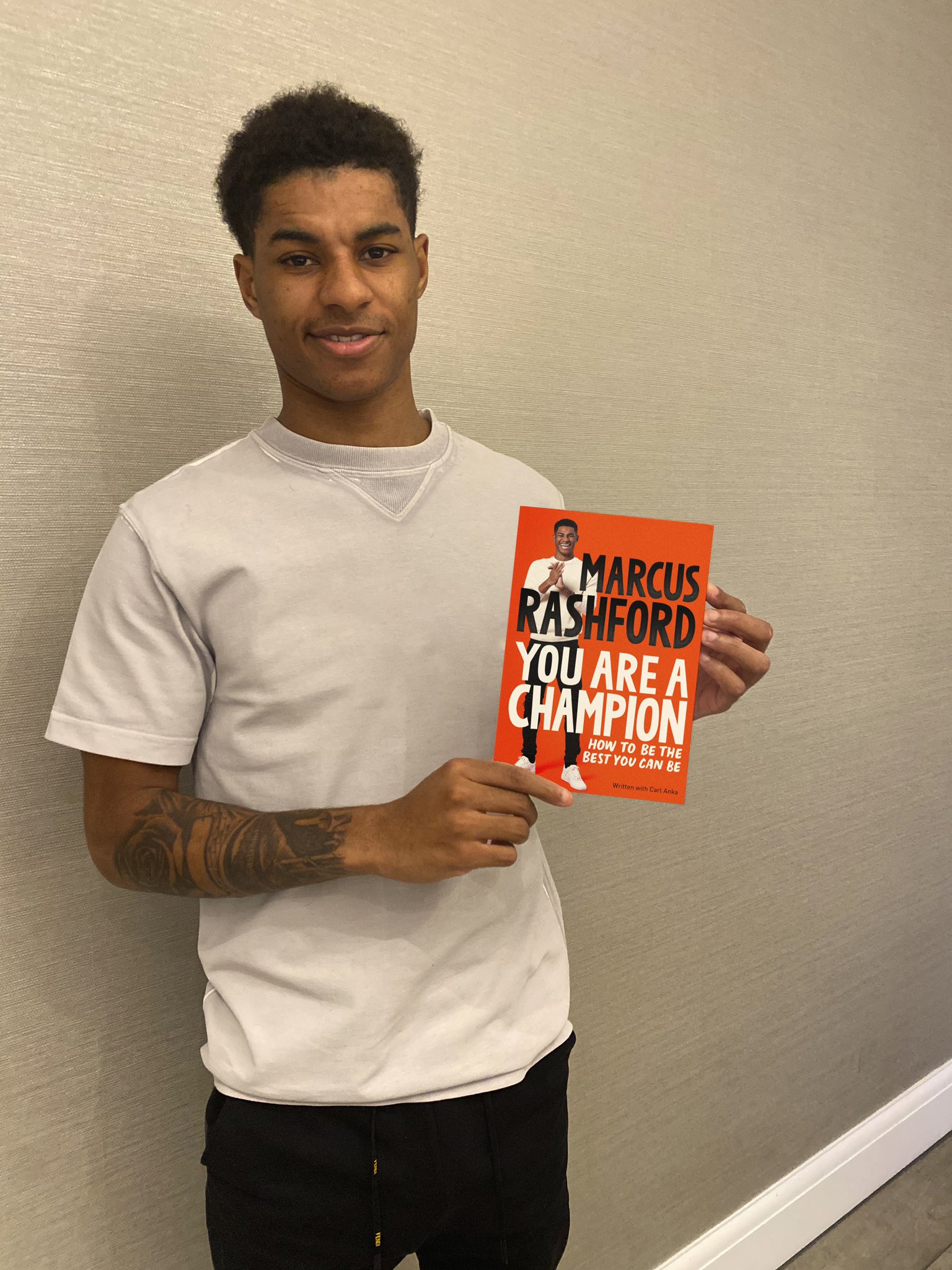 Marta Minujín says “People need this! We need new ideas and new places where people meet. By taking a book, people create the artwork. The people of Manchester will create a new Big Ben that the UK will never forget.”

John McGrath, Artistic Director of Manchester International Festival says “As MIF nears it’s close for 2021 we’re delighted that the people of Manchester can take home a piece of the Festival to remember this momentous year and this playful symbol that landed in the centre of the city. We’d also like to thank the organisations and individuals that helped it to fruition.”

The 12 Manchester and Salford based organisations and groups who devised the book list are:

MIF has worked in partnership with Blackwell’s on this project and would like to thank the national office and the team at Blackwell’s on University Green in Manchester for their support. MIF is also grateful to all the publishers, organisations and authors who have donated the selected 160 titles to the project.

More information on the booklist and supporter here: bigben.mif.co.uk