Punk in Drublic: The Best Spoken Word Night in the UK celebrates 5th Birthday this week

The event, which was established back in 2017, has continued to donate all its door fees to Homelessness Charity, Mustard Tree. 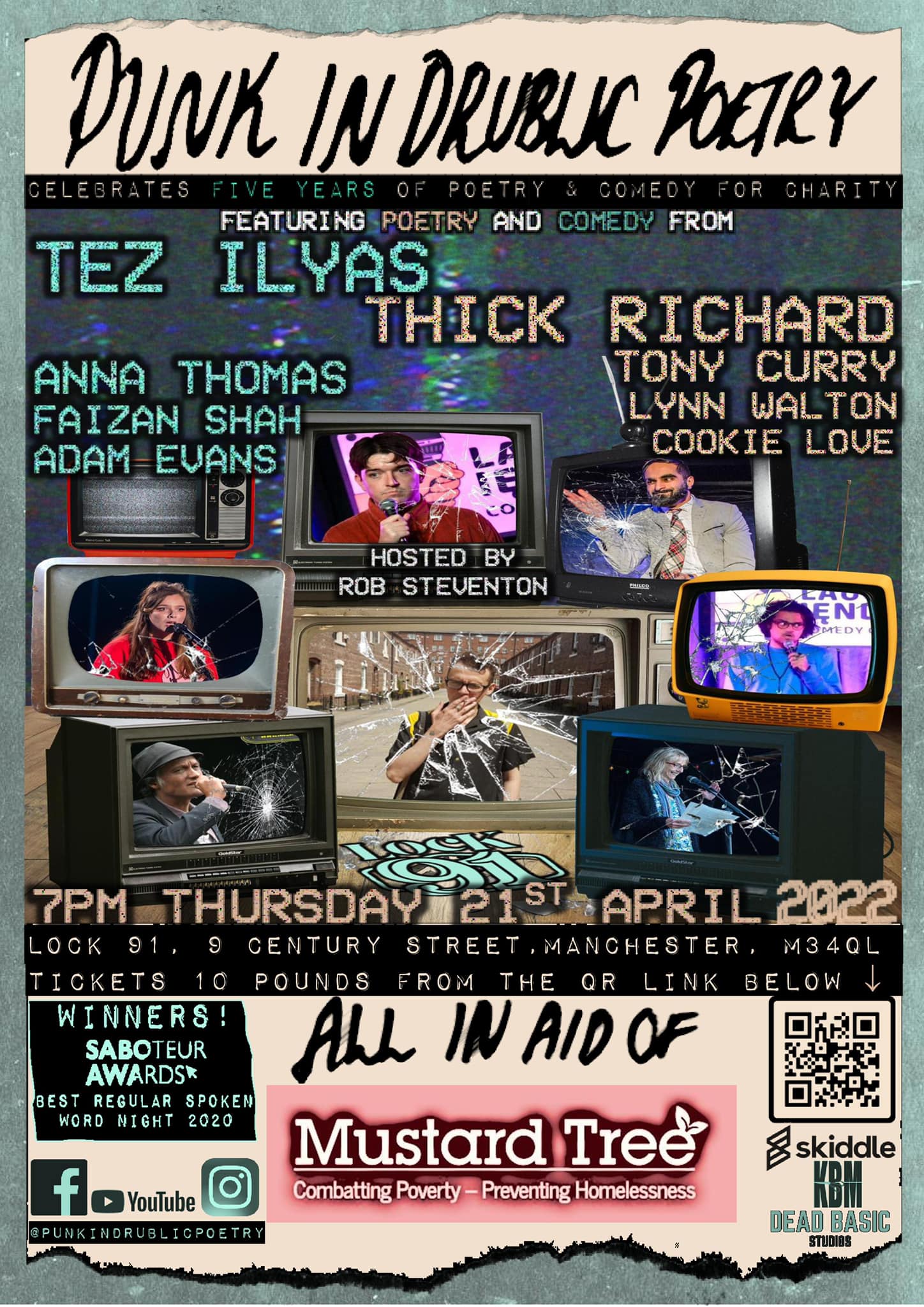 Punk in Drublic is an award-winning spoken word and comedy night that was setup to raise money for Mustard Tree.

Since it began it has raised an astonishing £15,000 for the charity and is the only spoken word event in Manchester that has won the prestigious award for ‘Best Spoken Word Night in the UK’ at the Saboteur Awards.

It has also made its debut at festivals such as Kendal Calling and Bluedot Festival. 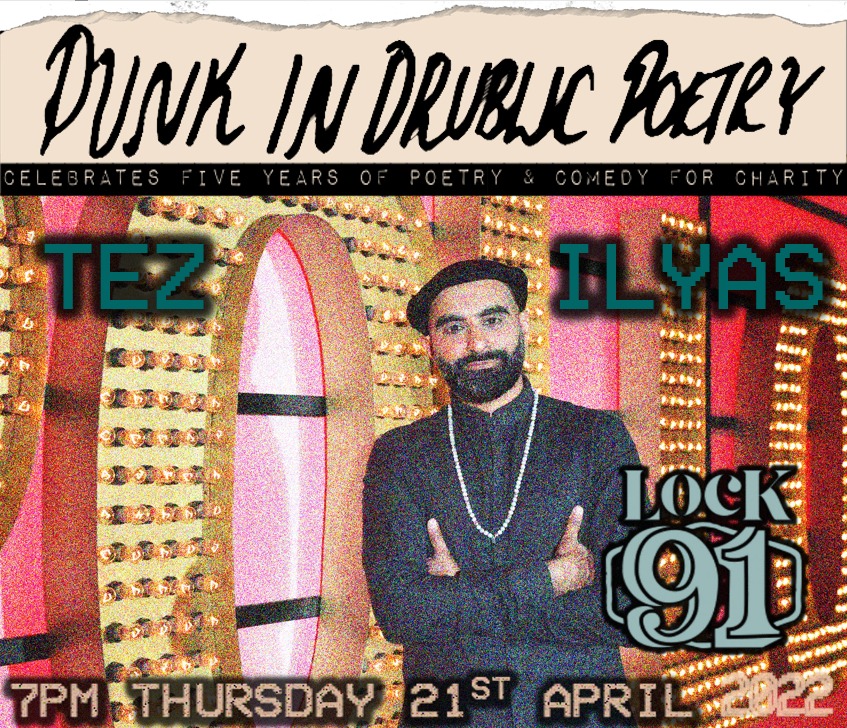 Over the years, the event, held regularly at Lock 91, has seen some incredible acts take to its stage including Sian Davies, Jamie Thrasivoulou and Molly McGuiness and its fifth birthday taking place TOMORROW is no different.

The gig at Lock 91 will see a killer line-up including Tez Ilyas (of the Channel 4 Tez O’clock show), Anna Thomas (BBC New comedian of the year), Thick Richard (support to John Cooper Clarke & Kae Tempest) and many more.

Tez Ilyas is becoming one of the most celebrated stars in British comedy at the moment. His career has seen him sell-out shows in both Soho theatre and the Edinburgh Fringe, as well as appearing on popular TV shows including Live At The Apollo and Mock The Week. 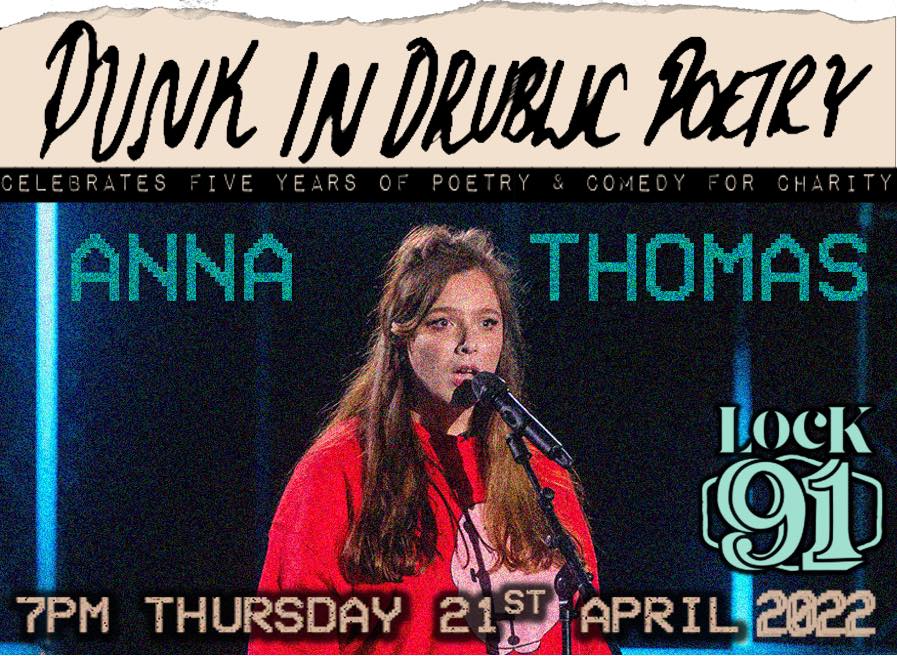 Hailing from Wales, Anna Thomas’ stand-up is inspired by her childhood, especially from the humour of her Mum. Last year, she won the BBC’s New Comedian of the Year Award that more than 1,000 comics applied to.

Anna was one of six finalists that took the stage in a bid to be crowned the BBC New Comedian of 2021. Previous awards helped build the careers of some of Britain’s most popular comedians, including Peter Kay, Sarah Millican, Alan Carr, Romesh Ranganathan, Lee Mack and Russell Howard. 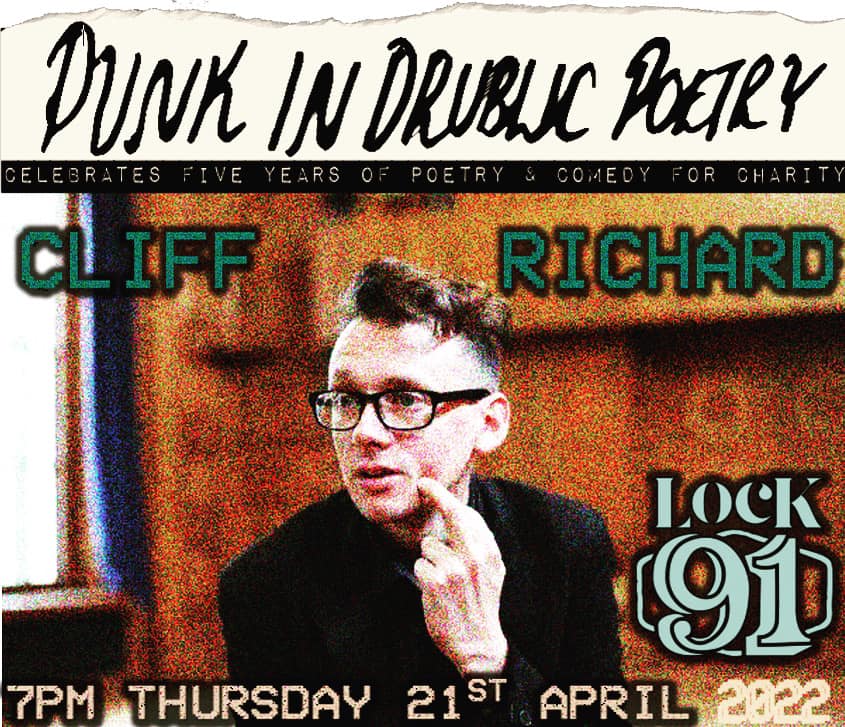 Thick Richard, who has been described by punk poetry laureate, John Cooper Clarke as ‘stu-fucking-pendous’ will also be performing at the show tomorrow. His potty-mouthed poetry has seen him travel festivals and clubs throughout the country and his performance at Punk in Drublic is sure to be as cynical and well-crafted as possible. 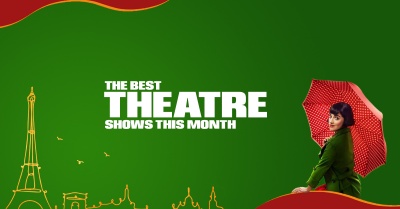 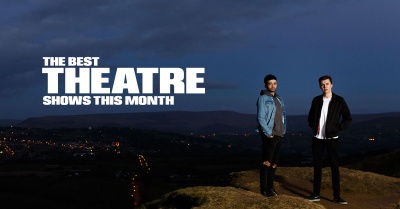 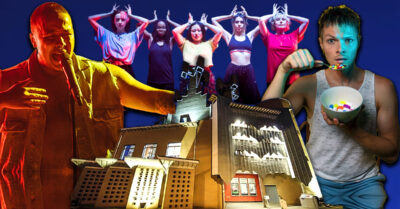 Coming this Autumn to the Newly Re-Opened Contact Theatre