A triumphant (and chaotic) return of theatre to the city... 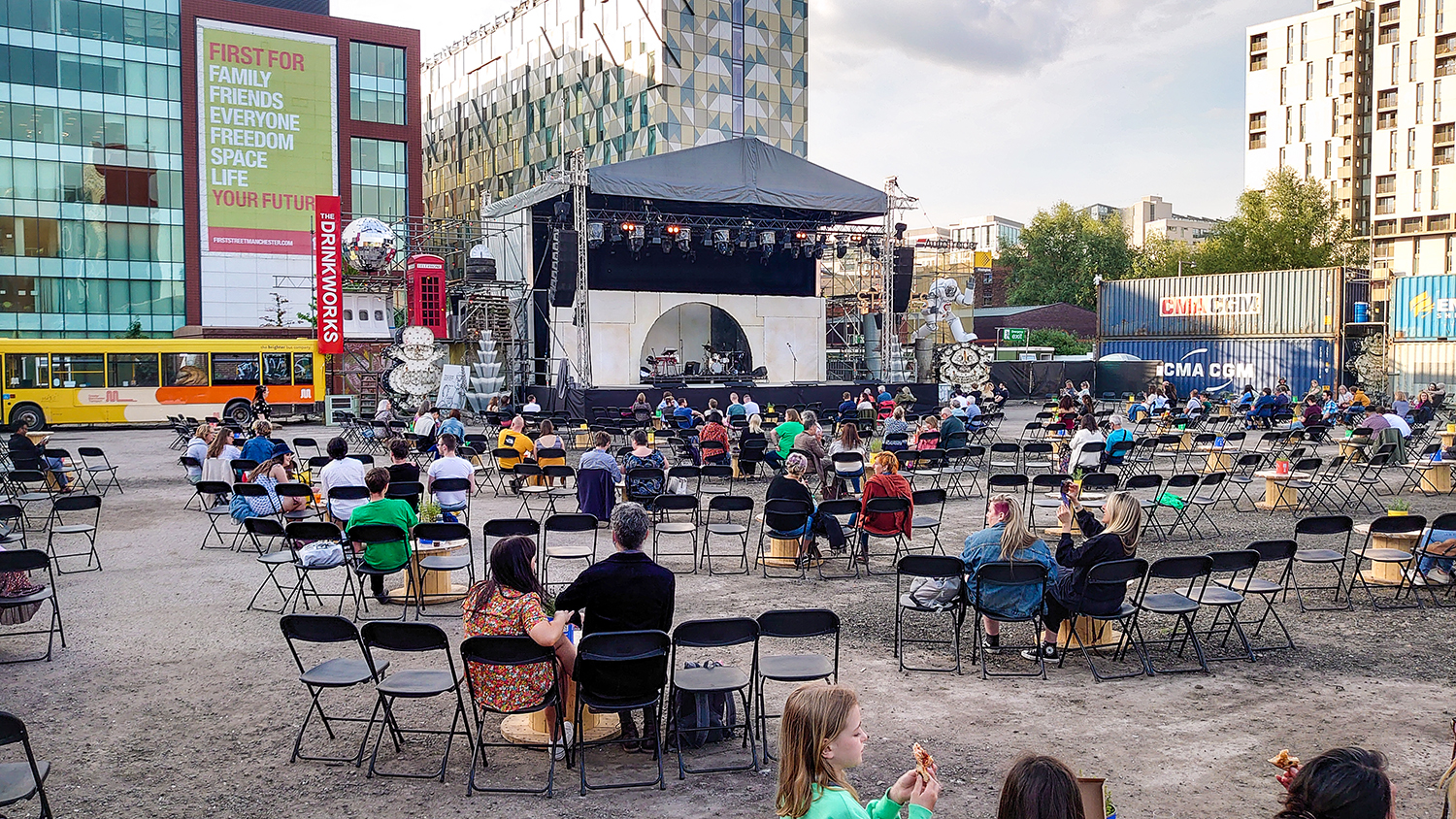 Let me take this opportunity to fawn profusely over the wonder that is HOMEGROUND – the new summer events and entertainment space over at First Street and run by the good people at HOME.

From idea to its opening last Bank Holiday, it must have been no more than 5 months – and in that time the team have transformed a derelict bit of wasteland on the edge of the city into an actual must-visit destination space. 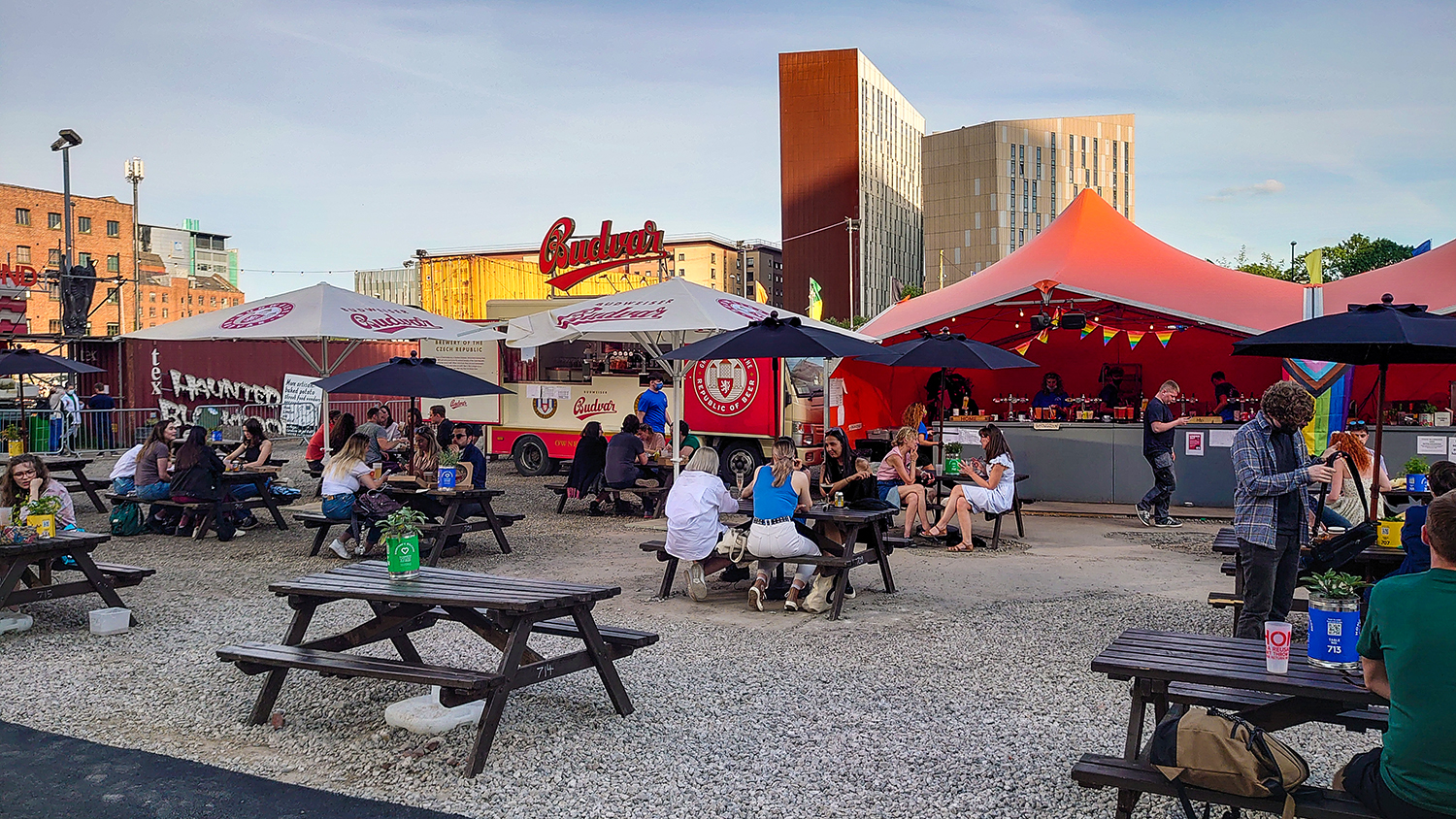 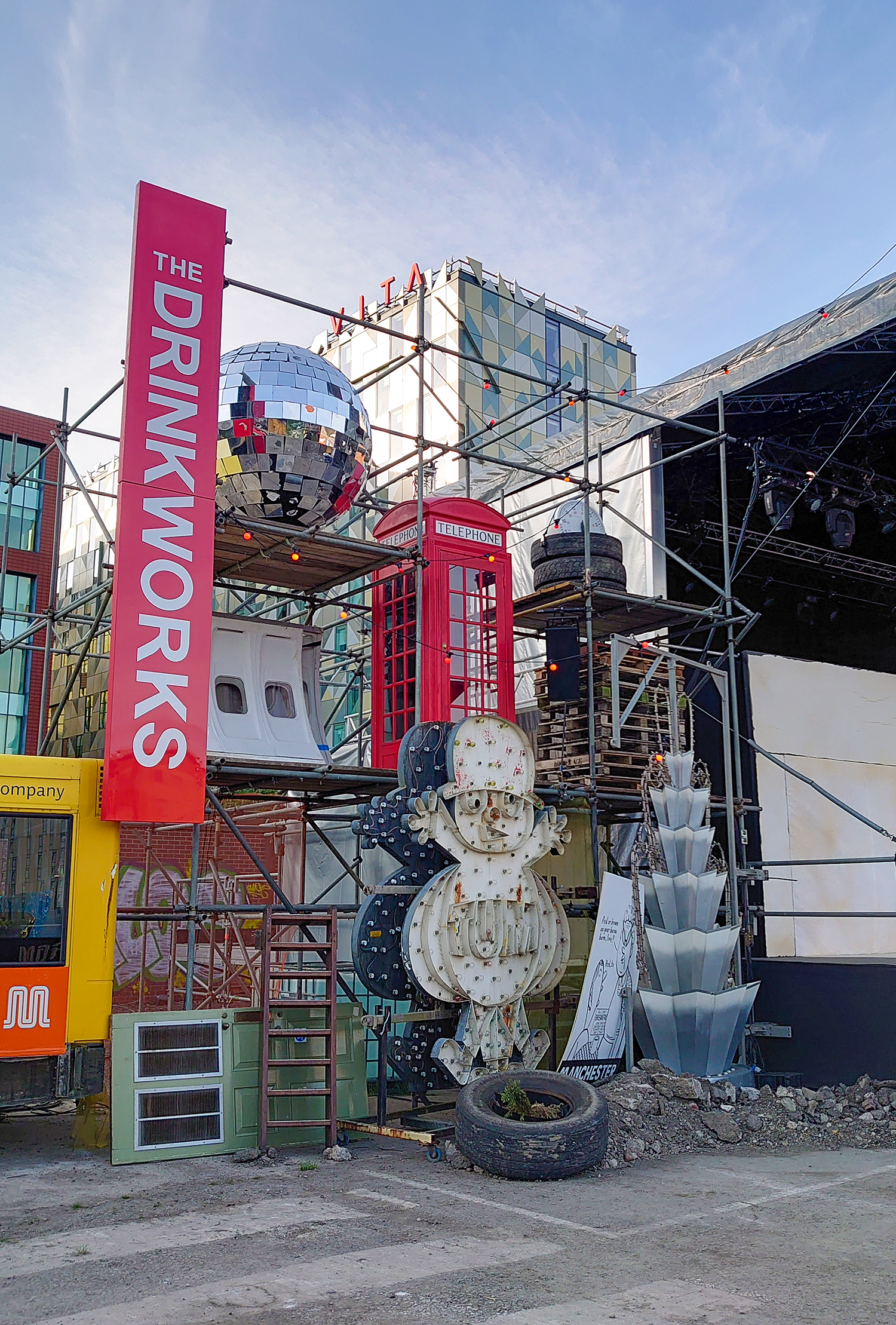 Inspired by that Neon Graveyard in Las Vegas, they’ve seemingly grabbed a load of trash from wherever they could find it, including a ton of scrap cars, shipping containers and a load of creepy old signs and lights from the Blackpool Illuminations – from a time before they all become boring Corrie characters.

What you’re left with is a kind of post-apocalyptic circus, one which is home to a couple of stages – the ‘rave’ stage and the ‘art’ stage, as well as ample seating, street food vendors and bars – everything us culture vultures could ever need to have a thoroughly enjoyable time out of the house. 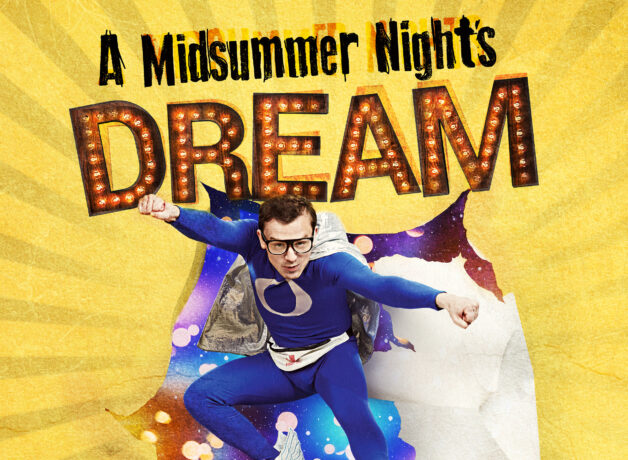 I was there this week to watch A Midsummer Night’s Dream, a Lyric Hammersmith and Filter Theatre production that was as madcap and chaotic as you’d expect from Bill Shakespeare’s most famous comedy – but also a masterclass in forging an interactive and meta experience the likes of which many will not have seen before.

In case you did Macbeth at school instead of this one, let me explain the story to you a little bit – for context. Set in Athens, the plot of the comedy revolves around the marriage of future king Theseus and warrior queen Hippolyta, six actors and musicians who are set to perform at the wedding and of course – a fair few fairies and sprites thrown in for good measure. 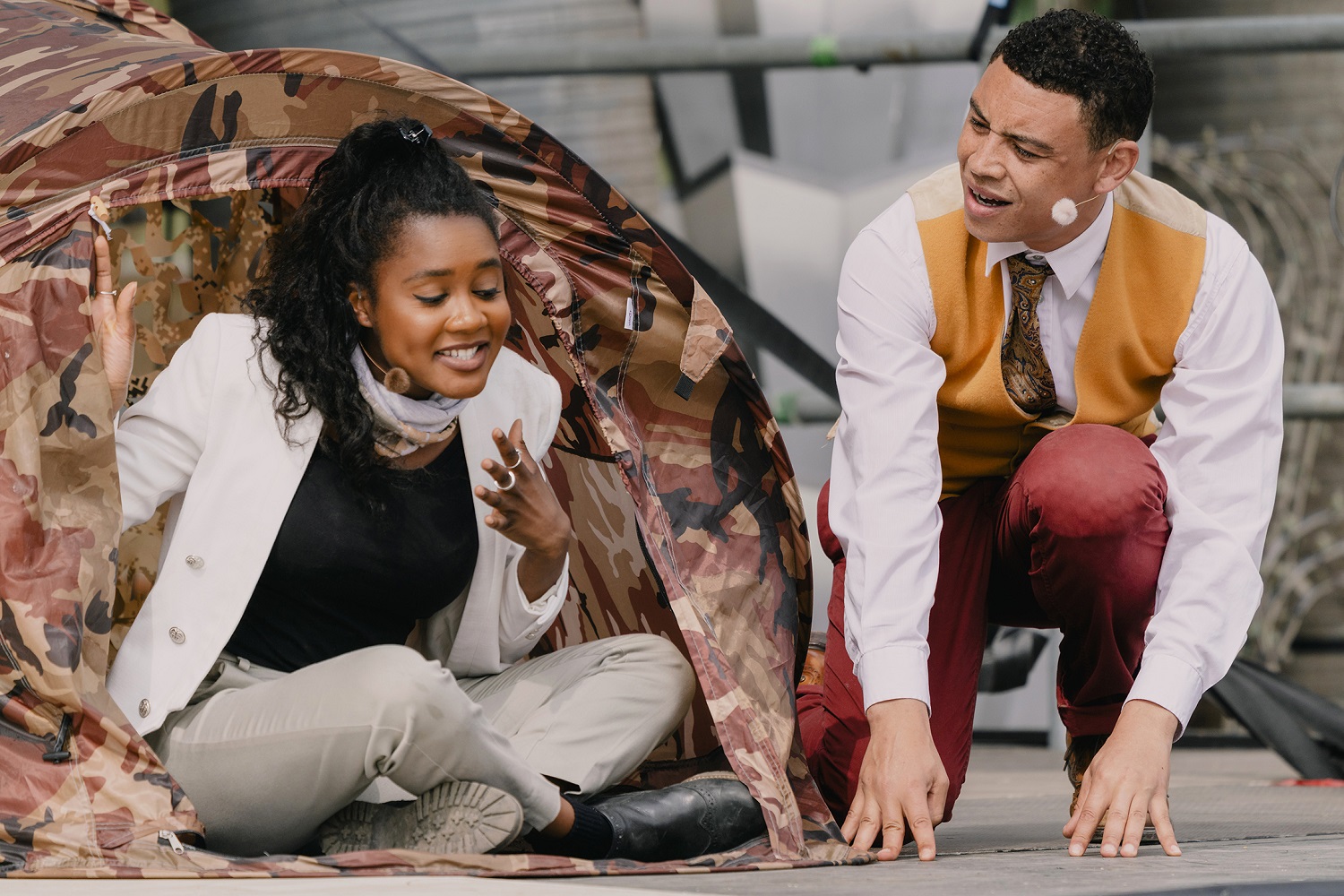 To tell you everything that happens during this energetic performance would almost certainly ruin all of the fun for you, but there are some truly outstanding stand-out points, and the whole thing takes some rather unexpected twists and turns.

The whole debacle is watched over, directed almost, by Quince – played with charm and supreme wit by Ed Gaughan whose stand-up chops are put out on display almost immediately, and continue throughout. 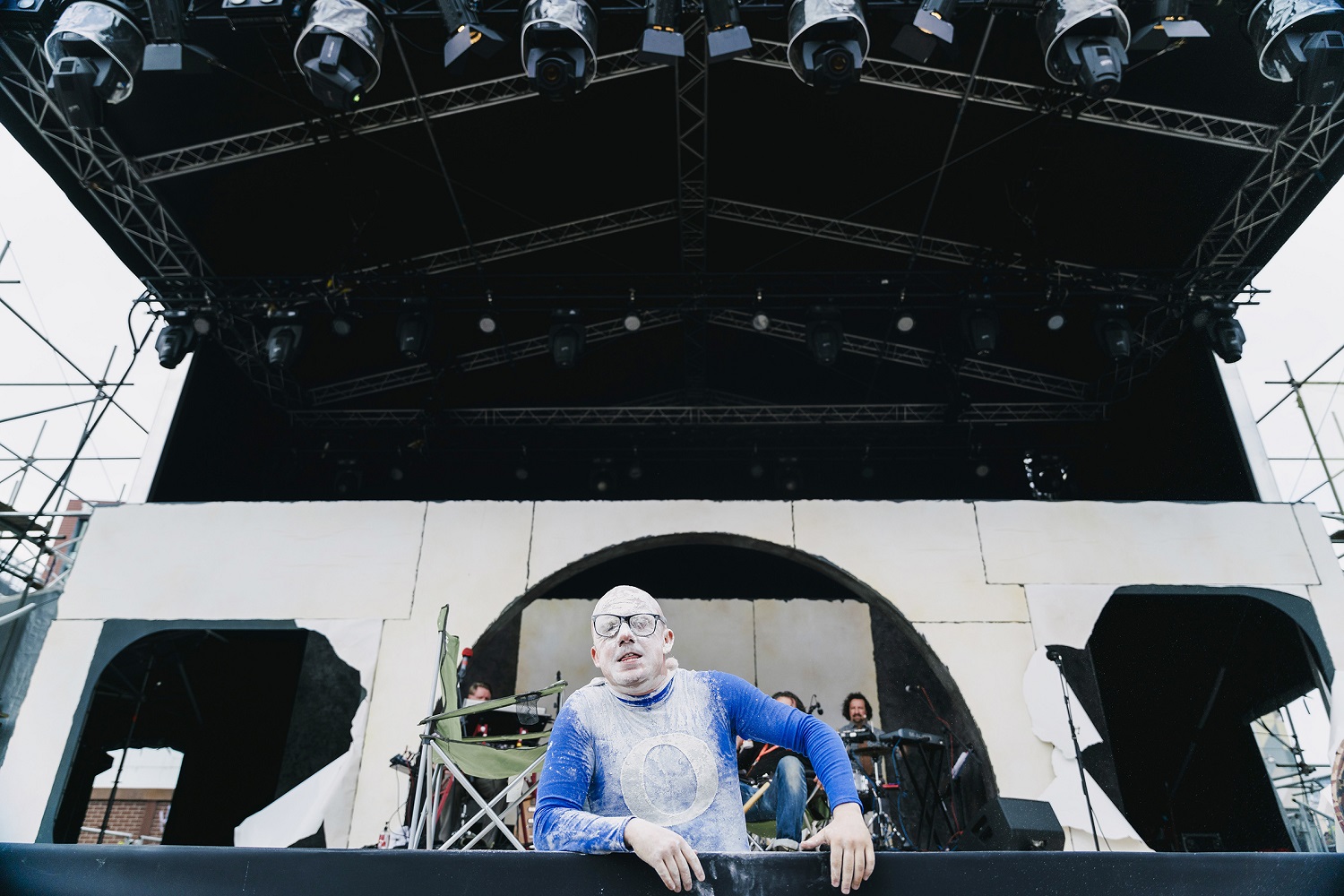 The four main ‘leads’ playing the young Greek lovers are also a triumph – encapsulating everything from serious soliloquy to slapstick and even a bit of 50’s doo-wop thrown in there for good measure.

Sitting there outside as the sun set, watching a cacophony of madness unfold in front of me on stage – I was laughing and gawking like a right idiot at points – but then again – so was everyone else. 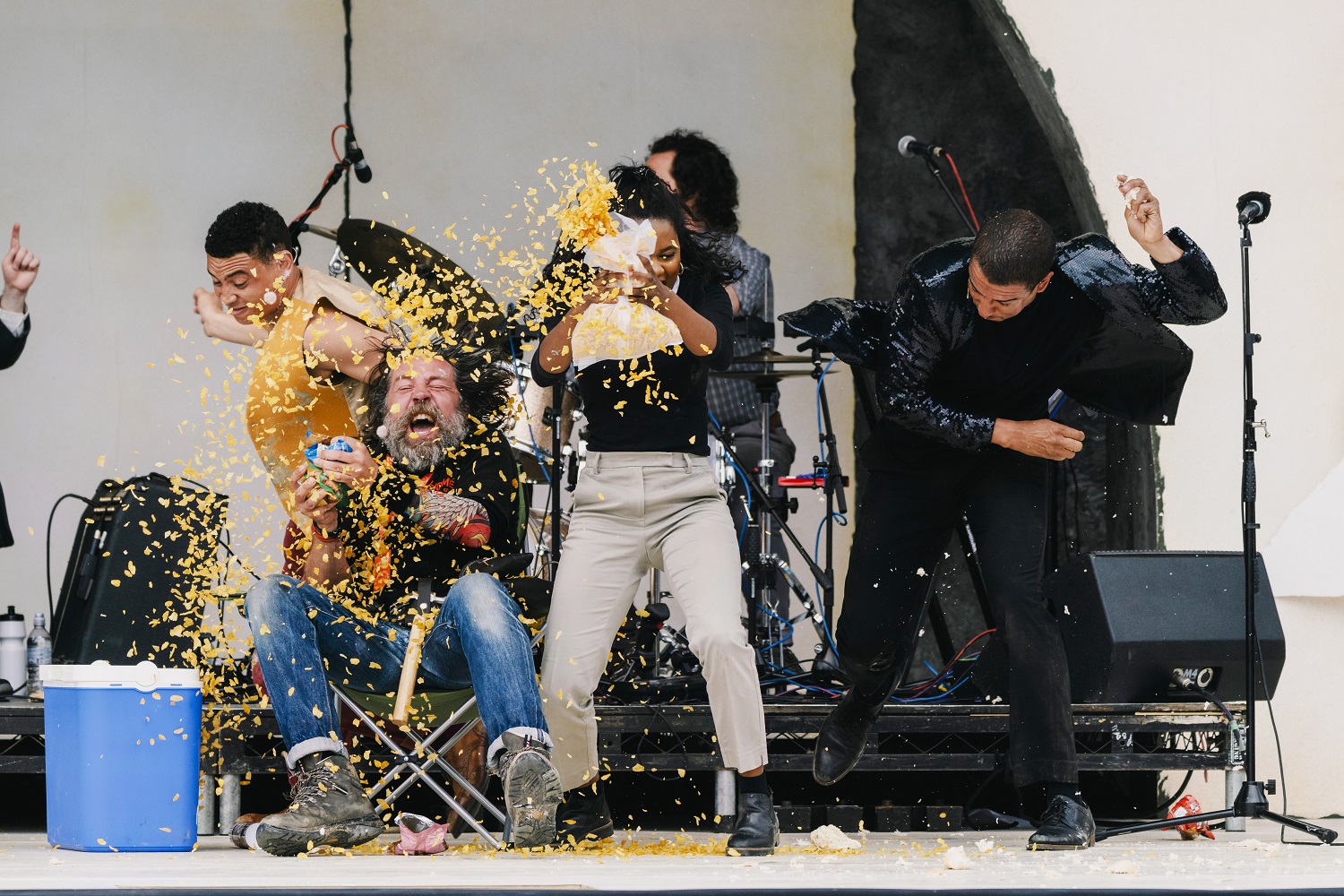 It felt great to be back watching theatre once again after such a long time of it being away. The venue itself is fantastic – I mean, where else can you get your food and drinks delivered straight to your table whilst watching a bit of Shakespeare?

A Midsummer Night’s Dream is on at HOMEGROUND until Saturday 26th June and tickets are only £10! The stage is also set to feature regular stand-up on Sunday nights from the legendary Frog & Bucket, and then a new adaptation of Alice in Wonderland through July and August.

From Manchester to: The UK’s Best Staycation Destinations