Sayin' is Creative Therapy for Manchester Rappers, Poets, and Singers

Ahead of the next date — 17th February — we invite Sayin' host Skittles to expound on the a cappella session he founded, which has grown into a hotbed of wordsmiths and an artist-led response to the mental health crisis. 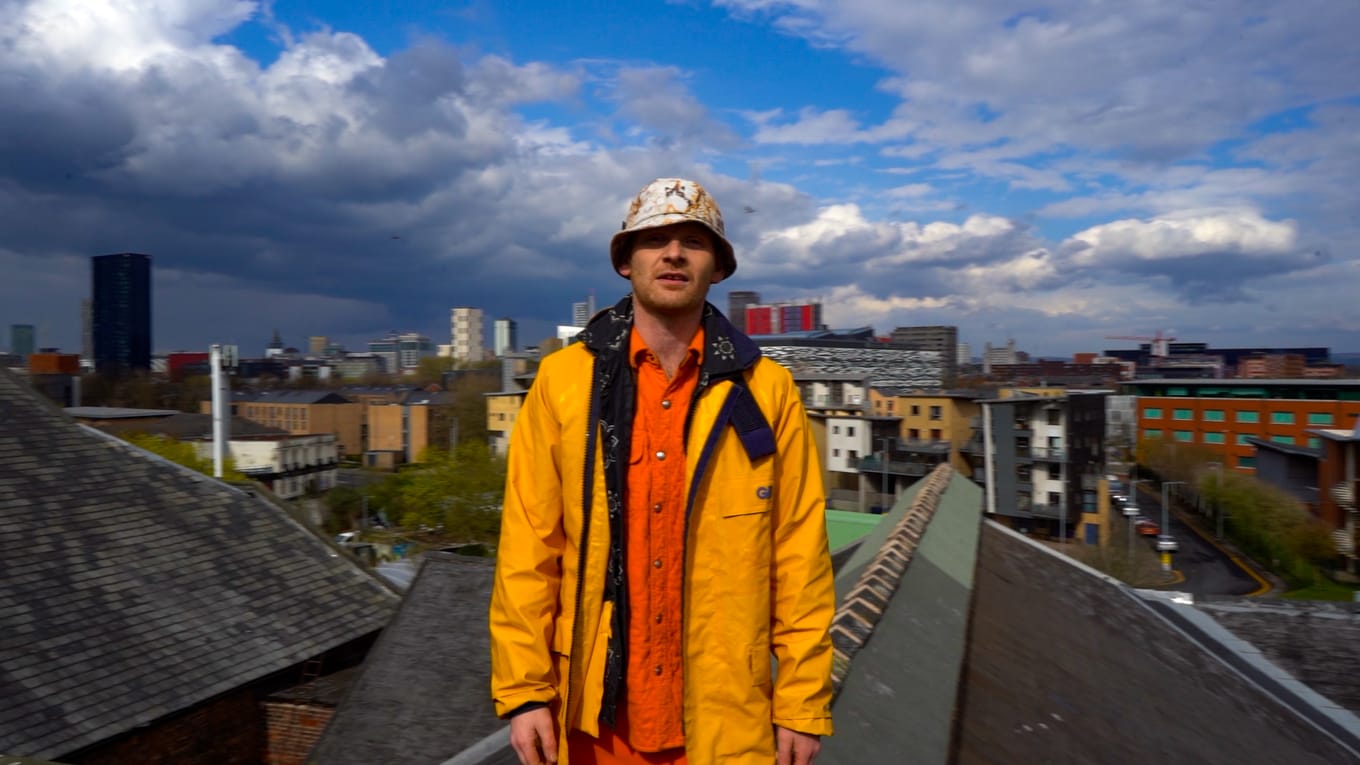 Skittles is the host of Sayin’ a cappella and spoken word session at Manchester’s Niamos.

Better known to most as Skittles — MC, producer, PropaTop label boss, Levelz member, among other things — he launched Sayin’ in November 2019, initially to present vocalists with a challenge. “Basically if you turn the music off there are a lot of artists that aren’t really saying much,” he continues.

“So this is strictly for people that have got something to say. There aren’t many events where you can go along and just see a singer singing alongside a rapper. Some nights we’ve even had astrologers just talking about astrology. If you’ve something to say, you can get up,” Skittles continues, making it clear the format is open to anyone. Nevertheless, he explains, poets often dominate as they tend to feel more comfortable compared to music artists, suddenly on stage without music. 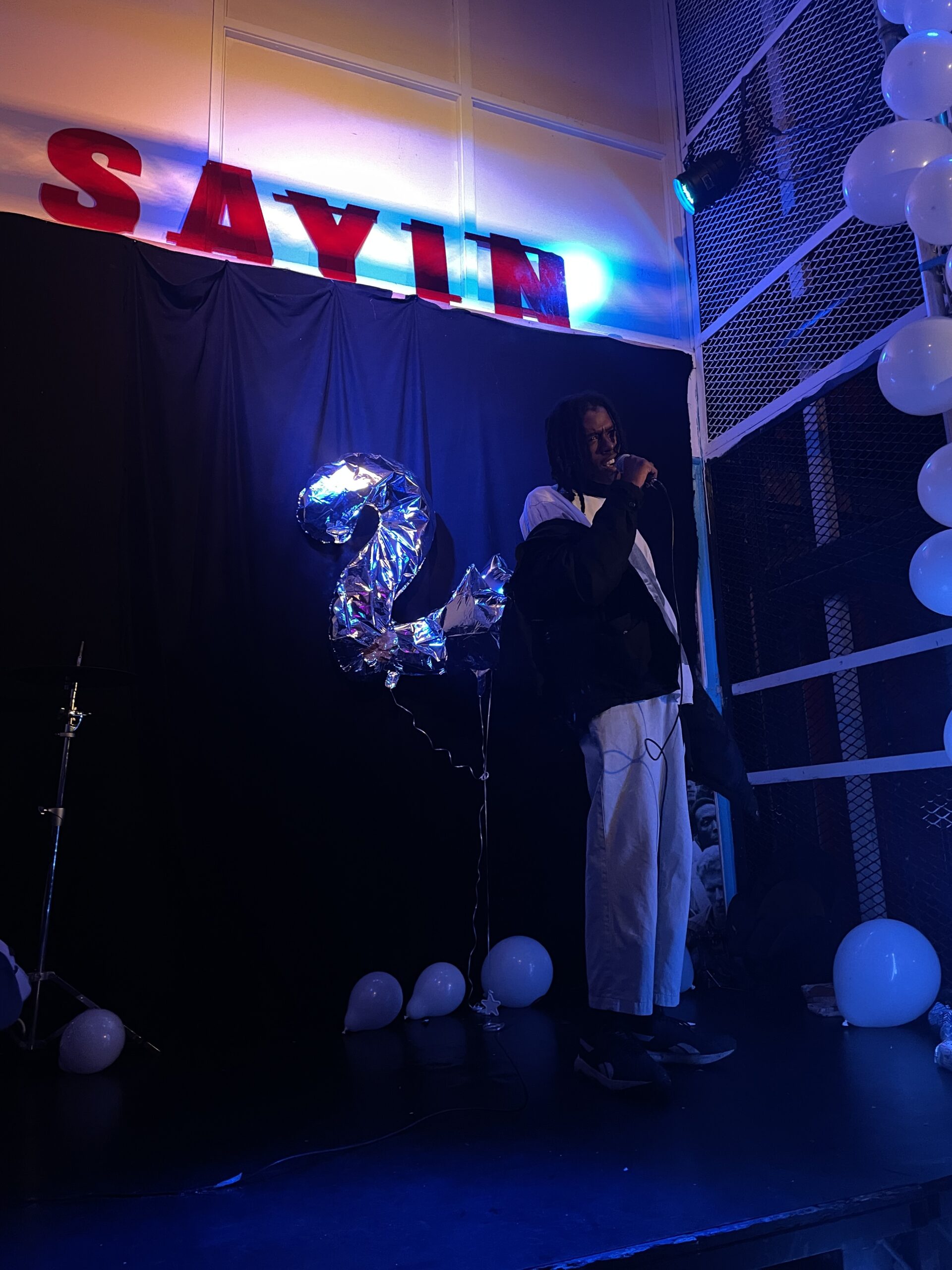 Among the names we’re told to look for is Amy Harris, with her tales of knock-a-door run, Blackpool’s Nathan Parker and his comments on Northern life, and the powerful, evocative and political Isaiah Hull, whose CV includes support for Kate Tempest, Lemn Sissay, and Skepta. Other regulars of note include “first patron of Sayin'” Steve Jaffa Brown, Kid Katharsis, Gilly Sing, Loll — who performed for the very first time at the event — Esther Koch, Bee Rosebud, Tonkabell, and O’Sapien.

“We want to invite more rappers down,” Skittles adds, explaining interested parties can find Sayin’ at its regular home of Niamos in Hulme, where the event was first born. Lockdowns and Covid-19 rules forced a relocation to nearby Old Abbey Taphouse for the outdoor space, with the session among the first events allowed to return because it has no amplified music. Last summer, the first daytime BBQ instalment took place, complete with grand finale disco, at Trafford Park hangout Six Trees. For now, though, the immediate action is again centred on the old hippodrome where it all began. 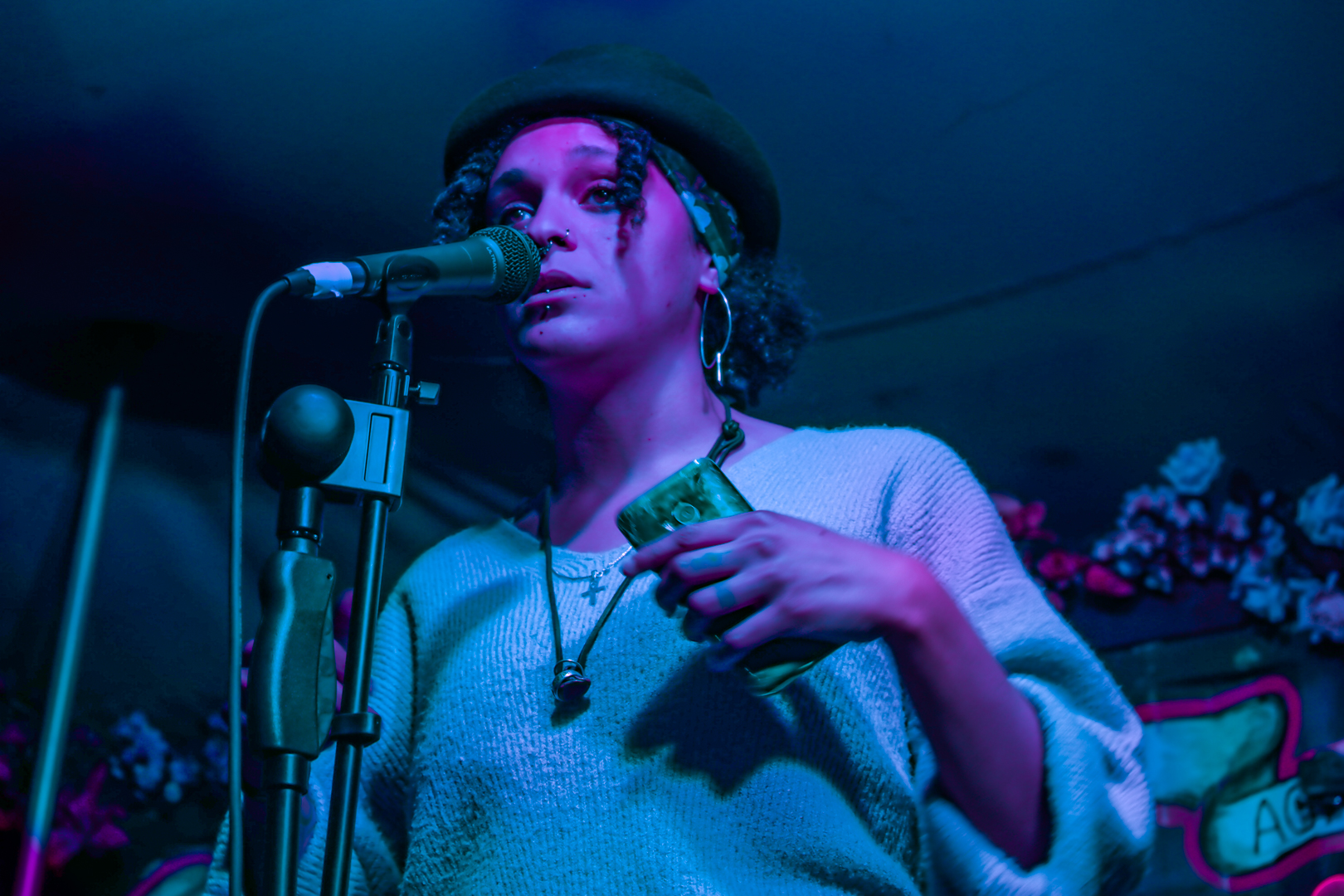 Bee Rosebud is a regular at Sayin’ events

“There’s no real boss, directors are voted in every few months. They just had a rejig and there’s a lot of young energy in there now, driving it. Everyone’s voice is heard at Niamos, so Sayin’ really belongs there,” Skittles says of the venue, while pointing out a regular jam event at the address we should also have on our radar.

“There’s a big mental health side to it, for want of a better word,” says Skittles, as the conversation returns to Sayin’. “I was expecting it to be fun, interesting, but it’s become like a medicine. It’s not like people are there getting smashed, they’re having a drink but not leaving asking for the afters. You might cry in there. You might share something with someone choking up on stage. You can go up there, cry, choke, and get the same response as if you smashed it. There’s a family vibe, it’s a release for some people.” 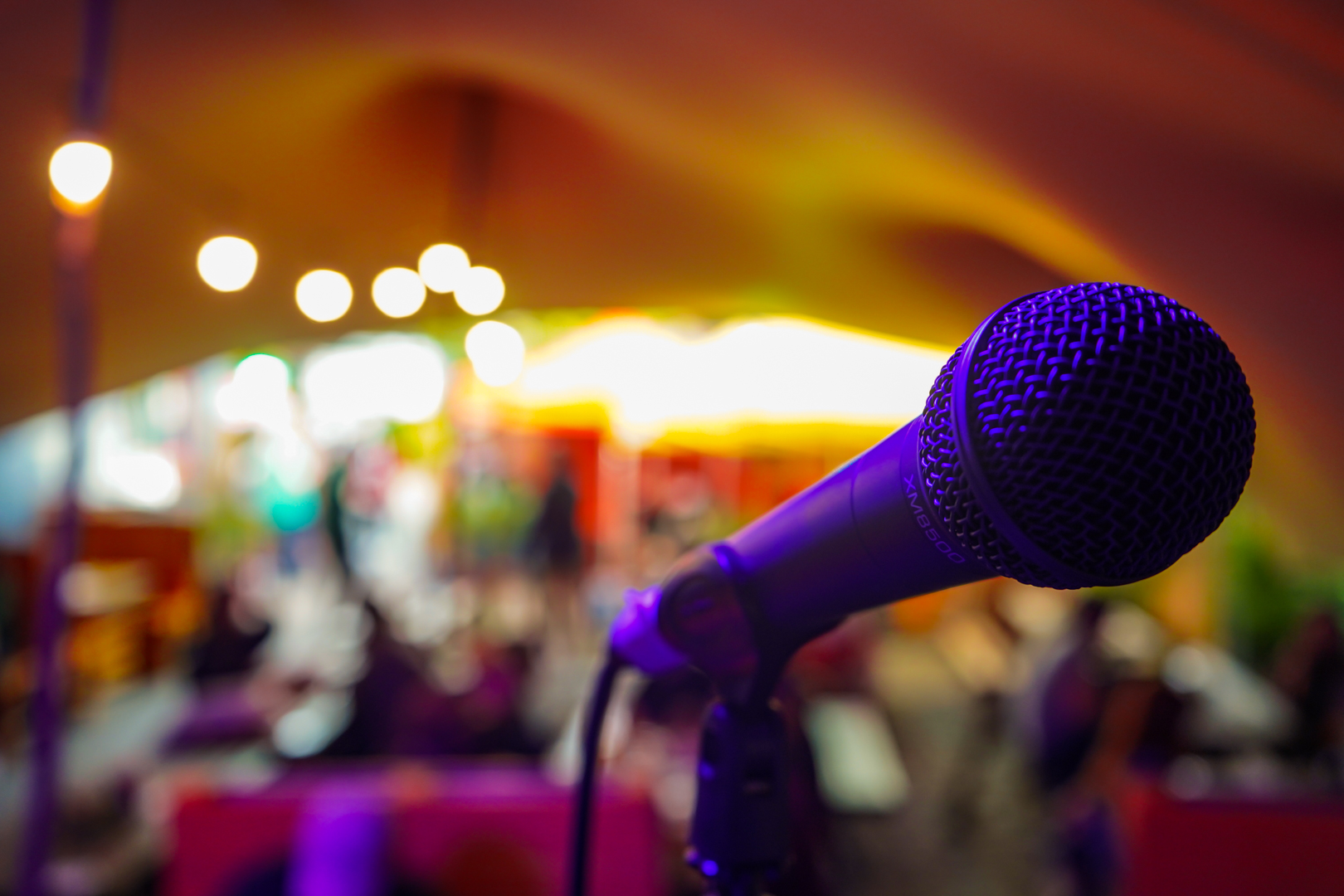 Sayin’ frees the mic and opens the stage to anyone.

We’re told subject matter isn’t always easy, and content regularly strays close to numerous bones. But that’s clearly one of Sayin”s strengths — a welcoming space for people to express themselves at a point in time when it’s often hard to feel heard. A shared form of catharsis in action.

“Some topics being shared, I myself wouldn’t have the balls to say in front of people. It’s stuff that’s bottled up, and then in this situation it helps others see that it’s OK, we’re all feeling a bit like that, or like this. Do you know what I mean? It’s good to know you’re not alone, and be somewhere where people are sharing and allowing an insight into how they are feeling,” he continues. “That’s what it has become. I mean there are great acts, but generally the most important thing for me is the mental health side. Especially because of where society is at the moment.”

Sayin’ returns to Niamos in Hulme on Thursday 17th February 2022 — advance tickets and information — and will host an event at Audio Farm Festival 2022, which runs 1st – 6th September.

Seven Bro7hers to Pair Cheese and BEER this Saturday