Andrew Lloyd Webber’s take on the 2003 film has crowd surfed its way to Manchester. 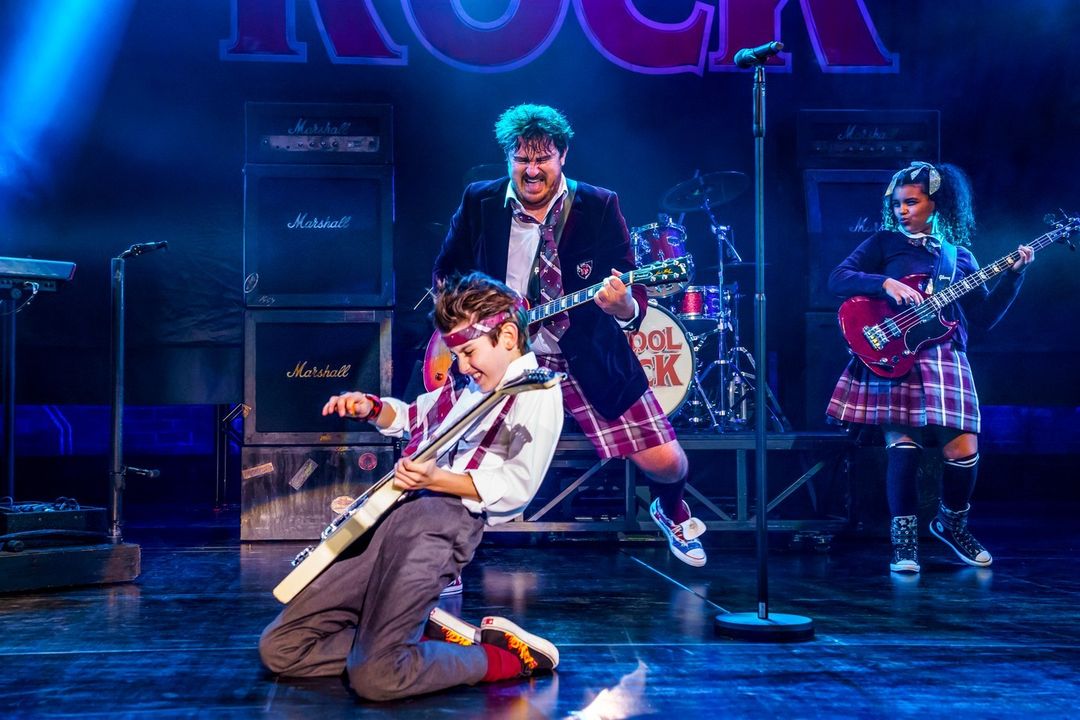 His high-jacking of Horace Green high school in an attempt to muster up some cash to pay his rent, brought with it some iconic cinema and catchy, cheesy tunes that have cemented the world’s love for the film forever. 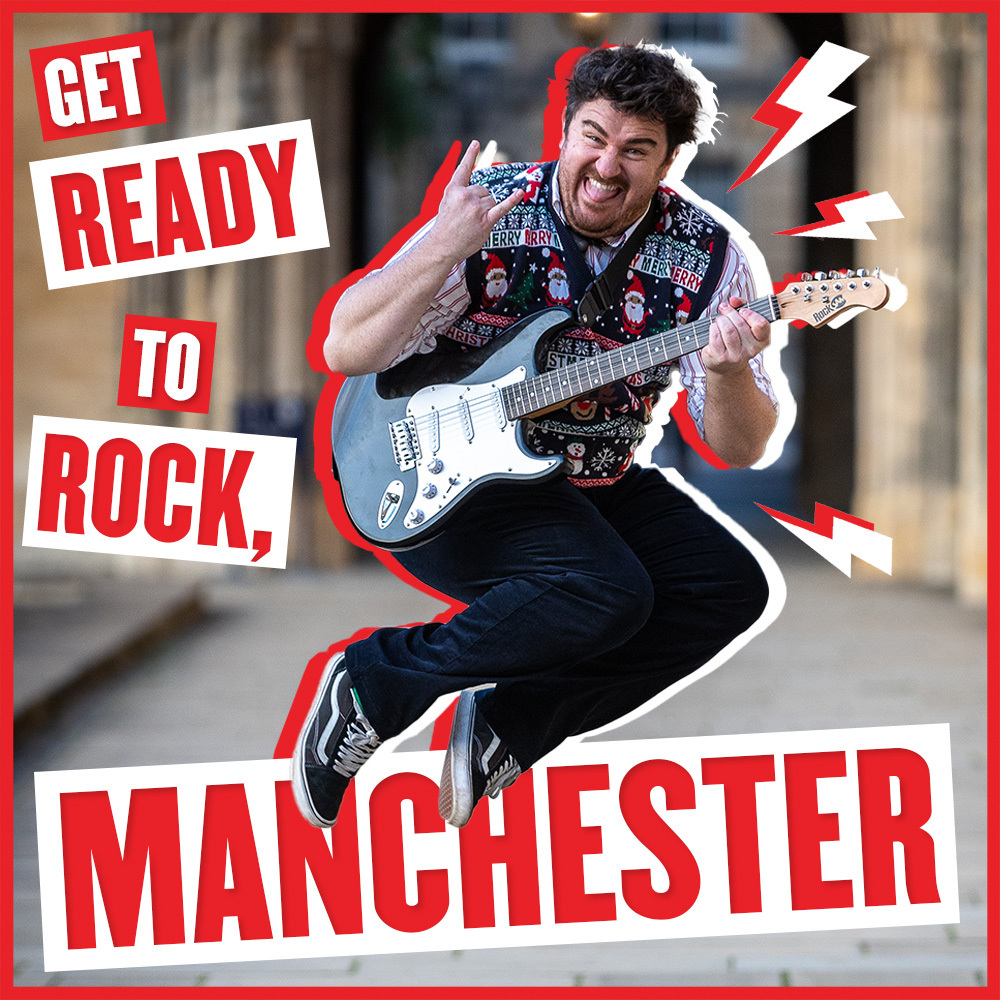 The stage show is not only a celebration of our on-screen favourite, but its key messages of acceptance and love of good old rock n roll!

It follows Dewey on his journey to try and gather some cash after being kicked out of his band ‘No Vacancy’, a quite frankly creepy bunch of bare-chested lads with questionable hair cuts, a lucky escape if you ask me. 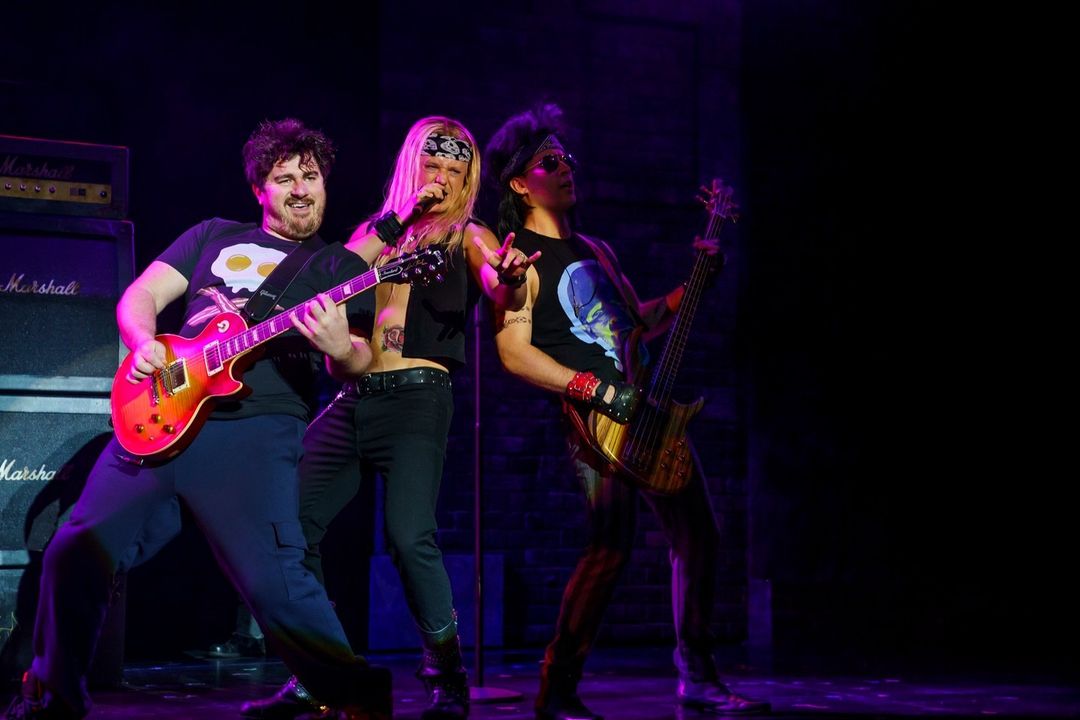 Jack Sharp, who plays Dewey in the show, encompasses all of Jack Black’s infectious energy. He swiftly moves through the embarrassing rock band dad persona, to the loveable teddy bear and rent-avoiding bum with ease.

After posing as his flatmate and lifelong metal loving, but no longer leather clad mate, Ned Schneebly he secures a position as a substitute teacher at Horace Green, where he meets his class that will soon become his brand-new band. 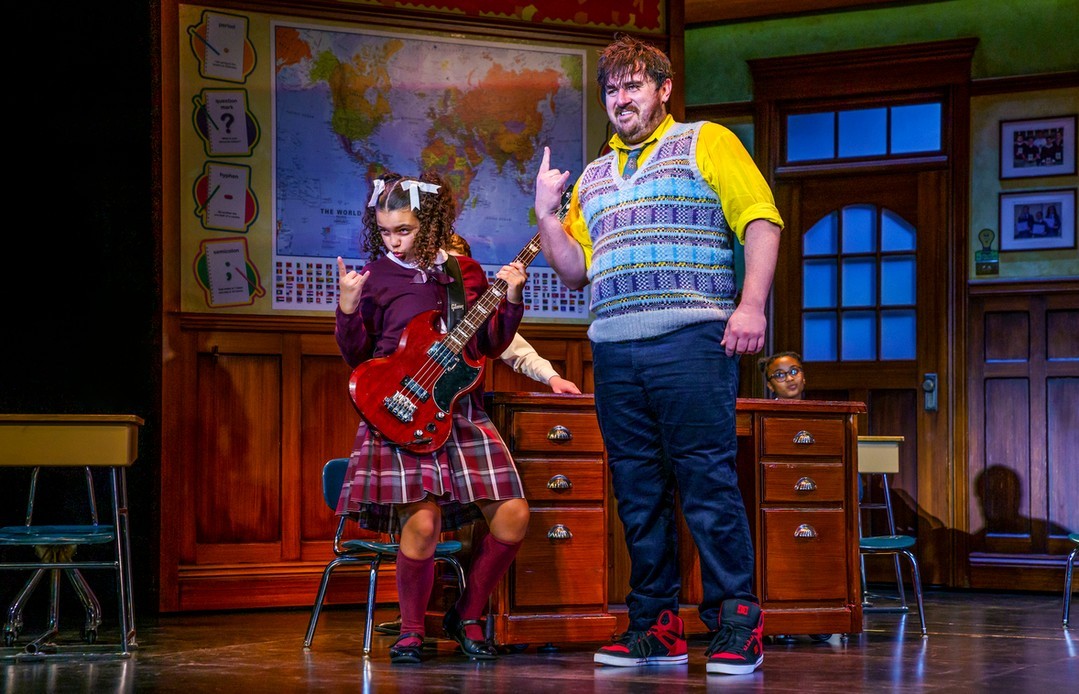 The show features 14 exclusive, original songs from Andrew Lloyd Webber, including ‘Stick it to the Man’, ‘Here at Horace Green’ and ‘If Only You Would Listen’ a proper tear jerker sung by the incredible cast of kids that also play their own instruments throughout the show.

And if you’re after the big hits from the film, fear not as they’re in there, too. A few of us were shushed for singing the absolute banger, ‘Teachers Pet’ a bit too loud at the big Battle of the Bands performance at the end (whoops!).

With more talent than I have in my little finger, the kids are the heart of the performance, full of energy and beaming smiles that you can’t help but clap and sing along with. 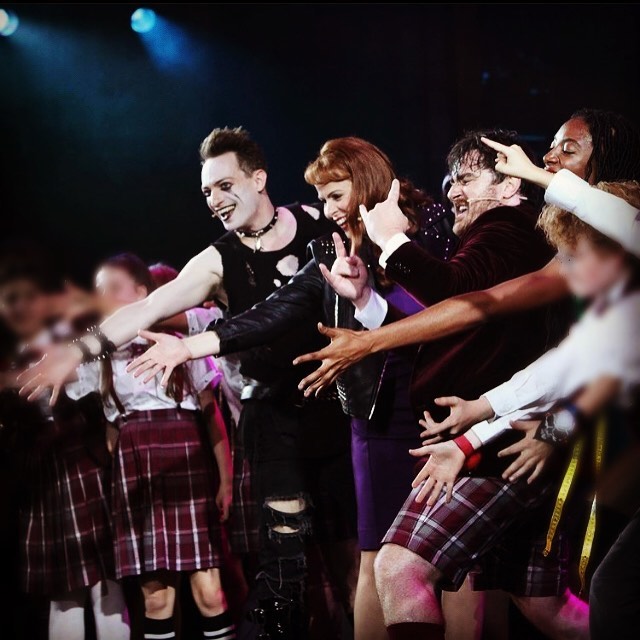 Dewey’s main band consists of Zach, Freddie, Lawrence and Katie, with all of the actors performing and playing their instruments live on-stage forcing the whole audience to beam with pride at this totally talented bunch.

Other stellar performances come from Head Teacher, Rosalie Mullins played by Rebecca Lock who has a set of pipes that are perfectly crafted for the big broadway stage and Patty Di Marco played by Nadia Violet Johnson – an outstanding actress that encompasses all of Patty’s quite understandable frustration. 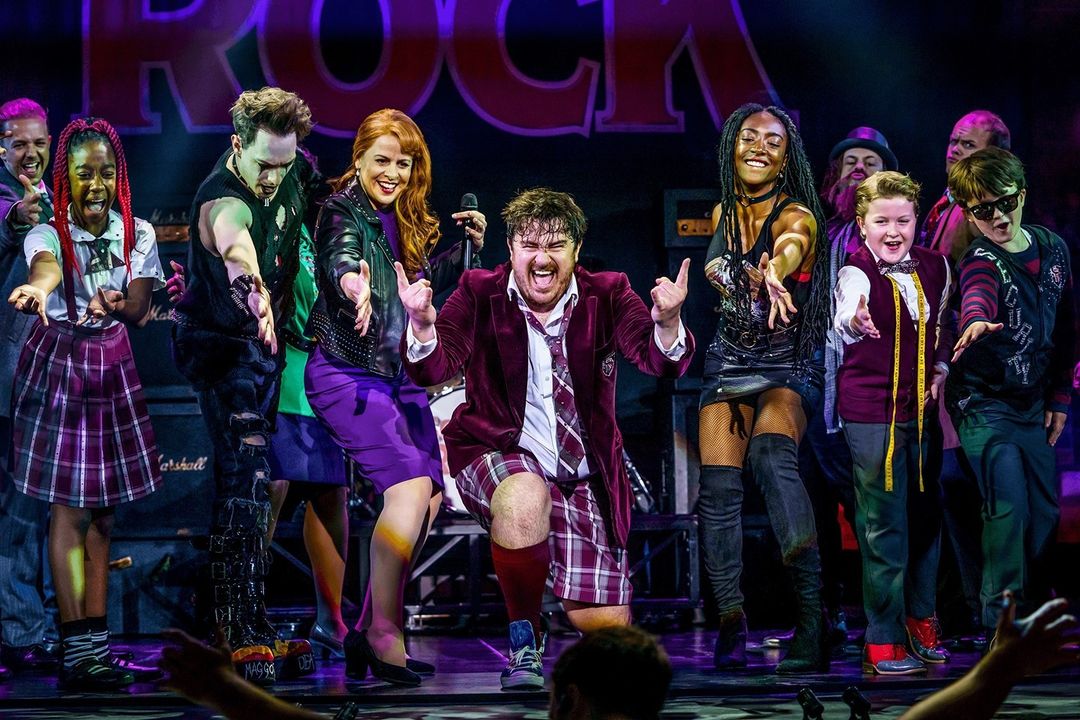 The show is an absolute must-see for all fans of the film, and even those just looking for a big night of family fun. It combines everything great about musical theatre, singalong anthems, tear jerking performances and an incredible cast that have crafted the cult film into an onstage classic.

School of Rock is on at the Palace Theatre until Saturday 15th January.