Solidarity in Spaces: Marilyn Misandry on Nightlife, Culture, and Disabilities

After a decade on the drag and DJ circuit, a tour de force of Manchester nightlife talks to Finest about the loss of room to experiment in the city, and the impact on inclusivity and access, on and off stage. 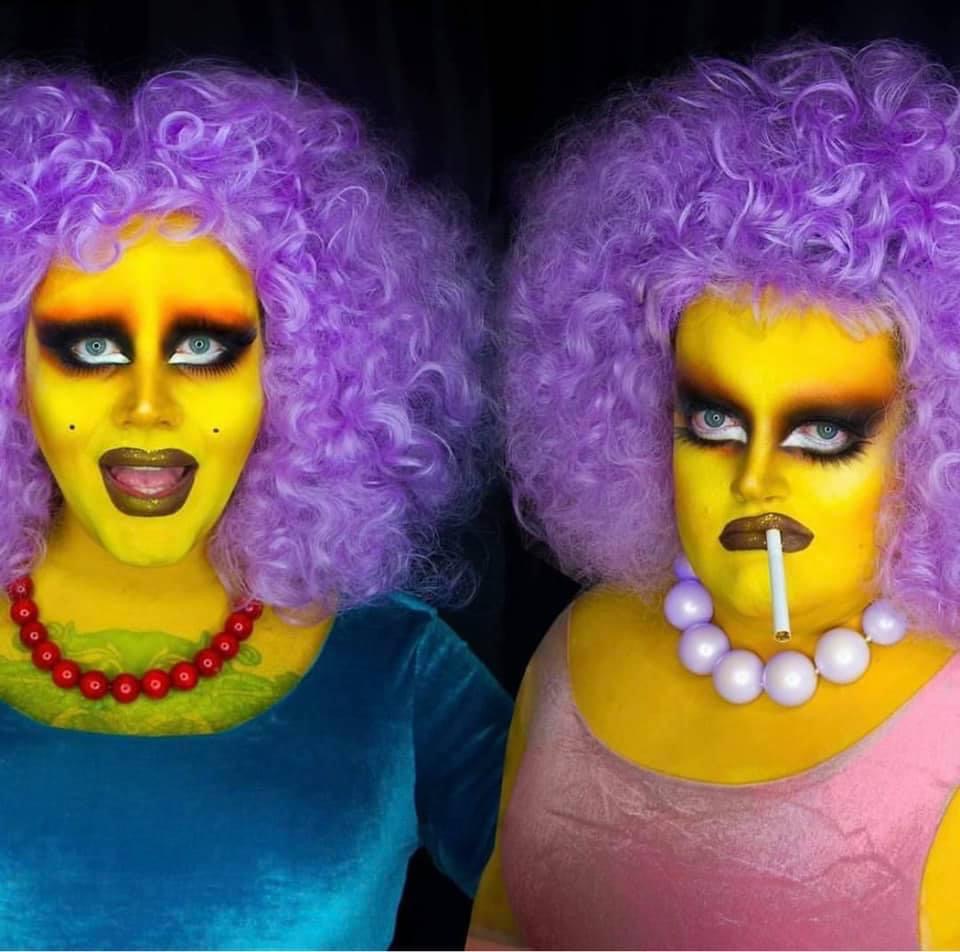 Marilyn Misandry is a Manchester drag artist and club DJ.

The calendar moved into the biggest party month last week. So thoughts of work and responsibilities have quickly been usurped by hedonism and holidays. It’s also now Disability History Month, which runs 18th November to 18th December 2021, with this year’s themes perfectly suited to silly season. Specifically, relationships and sex, and hidden impairments.

“I would never use the term ‘hidden disabilities’, I think it almost lets people off the hook slightly,” says Marilyn Misandry. A decade on the Manchester drag scene, five years as professional artist, a storied history as a club DJ, and diagnoses of autism and dyspraxia qualifying her to comment. “I think people who are able-bodied, and promoters in particular, have a very specific view of what a disabled clubber is. So if they have wheelchair access and a disabled loo, they’re fine. 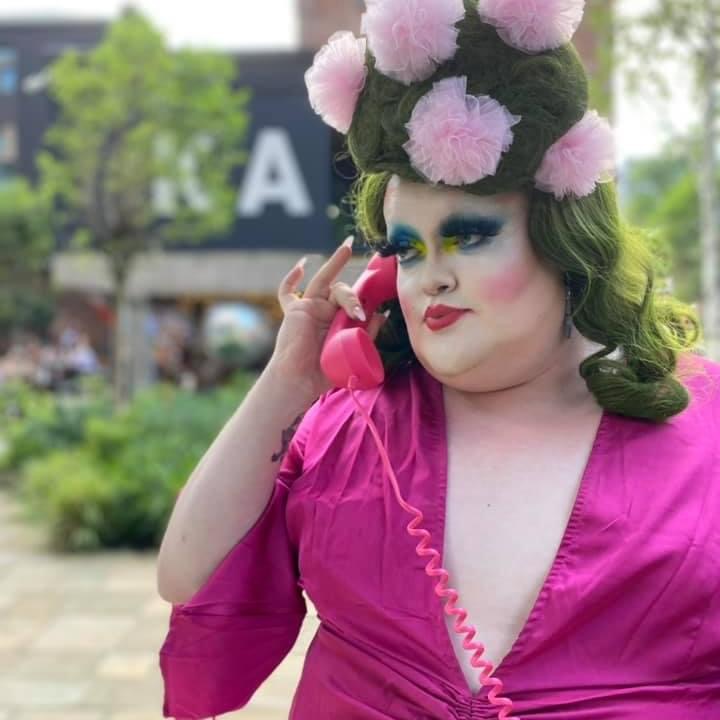 “One of the first times I was assessed for autism, I remember the doctor saying to me “so you’re scared by loud music and lights”, and now I’m a DJ playing techno at parties and stuff. So there is this huge misconception,” she continues.“People perceive disability and disabled clubbers as one type of people, and that’s so far off the mark.”

In recent years, the UK, European, and global club scenes have been forced to self-analyse and ask some tough questions. Discussions around the whitewashing of house music history is one example. Sadly, the issues of inclusivity and access for people with disabilities, often isn’t. And numbers are troubling. According to Mencap, one in four with learning disabilities reported bullying at music events. One in three felt intimidated by staff. And, most importantly, over 80% wanted to attend more events.

Elsewhere, as of 2017, 40% of UK venues still didn’t have disabled bathrooms despite the Equality Act 2010 dictating reasonable adjustments must be made for people with disabilities. And, as per VICE, in the five years from 2012, 77% of respondents to a SCOPE survey said they observed zero improvements in accessibility at restaurants, clubs, and shops.

Crucially, a problem exists and it becomes more apparent the lower down grass roots things get. And, according to Misandry, this lack of spaces is also having a profound impact on artist diversity. “A lot of opportunity I had ten years ago just isn’t there now. The places where you have a chance to play, try stuff out, be creative.

“Manchester, specifically in terms of drag, and this is the same across the country, it has lost a lot of important experimental space. There’s a focus on drag as a corporate entity. Which is fine, but obviously we know disabled performers in general are less represented through these corporate entities. So if something like DJing or drag becomes corporate, we lose out,” she explains.

“Manchester has also lost a lot of accessible spaces. When I first started out we had a lot of places designed with disabilities in mind. Manchester has become so obsessed with reassessing its DIY roots, and a lot of spaces we are now going back to, if you’re a disabled performer those spaces aren’t readily open and available to you,” Misandry continues, moving to focus on the city’s queer dance music scene. 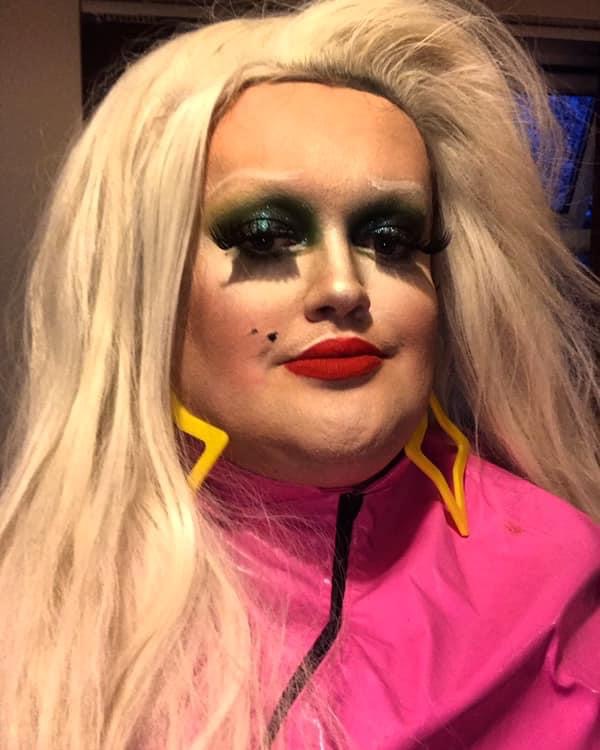 Change needs to start at a community level, according to Misandry

“There’s almost a trend in Manchester to fetishise these spaces that are not accessible. Less so in drag, as there’s an element of glamour to it. But in the queer scene in terms of DJing, there’s a kind of ‘the rougher the venue the more authentic’. It’s interesting, the conversations I’ve had about trying to make a space accessible have overwhelmingly come from Canal Street. So it’s almost like a lot of the alternative queer spaces, this conversation isn’t happening,” she continues.

Clearly, it needs to. We move the subject to change at policy level as a means to ensure inclusivity does not mean selective inclusion. According to Misandry, this is not an option. “It has to come from the community. As a disabled clubber I would be very, very wary of trying to involve the government in anything linked to clubs. It’s important that access comes from the point of a scene genuinely wanting us there,” says Misandry.

“It has to come from a place of solidarity, even if that’s caused by us kicking the door in. When you legislate, it kind of turns us into the bad guys. Also, just on a practical level, I could never see the government doing anything for us,” she continues. “This government has done more to damage to the disabled community in England than any I’ve known. They’ve done more to damage clubbing than any prior government, too.”

Under One Roof is a club night open to everyone, with provision for people with learning and physical disabilities. Keep updated with forthcoming events here.