Spotlight on Statues: The Horse & Fox of Rochdale Canal

Meet the willow horse and fox hidden on the Rochdale Canal towpath. 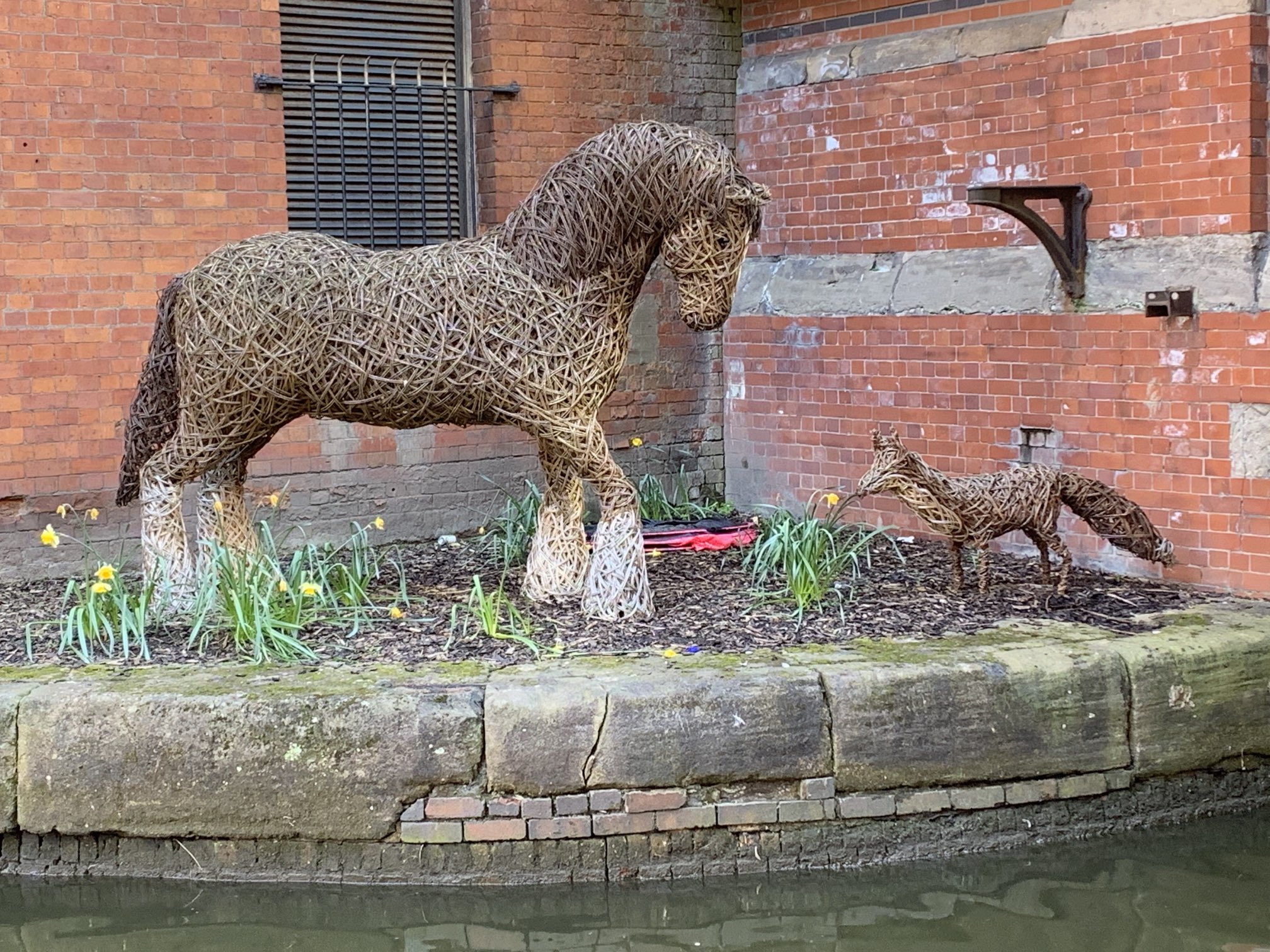 This spotlight on statues is an unusual one as for the most part, we’ve cover statues of people and secondly as this one is a bit of a hidden gem.

Tucked away on the Rochdale Canal Towpath is a willow horse called Bess and fox called Bailey.

Made by artist Juliette Hamilton and commission by Manchester City Council alongside a Rochdale-based volunteer group, Friends of Rochdale 9 who work to clean up the area and improve the environment.

The story of how Bess and Bailey were born started when Juliette Hamilton met Dave Barlow, senior policy officer for green infrastructure & biodiversity in the city policy team of Manchester City Council at a local art show. 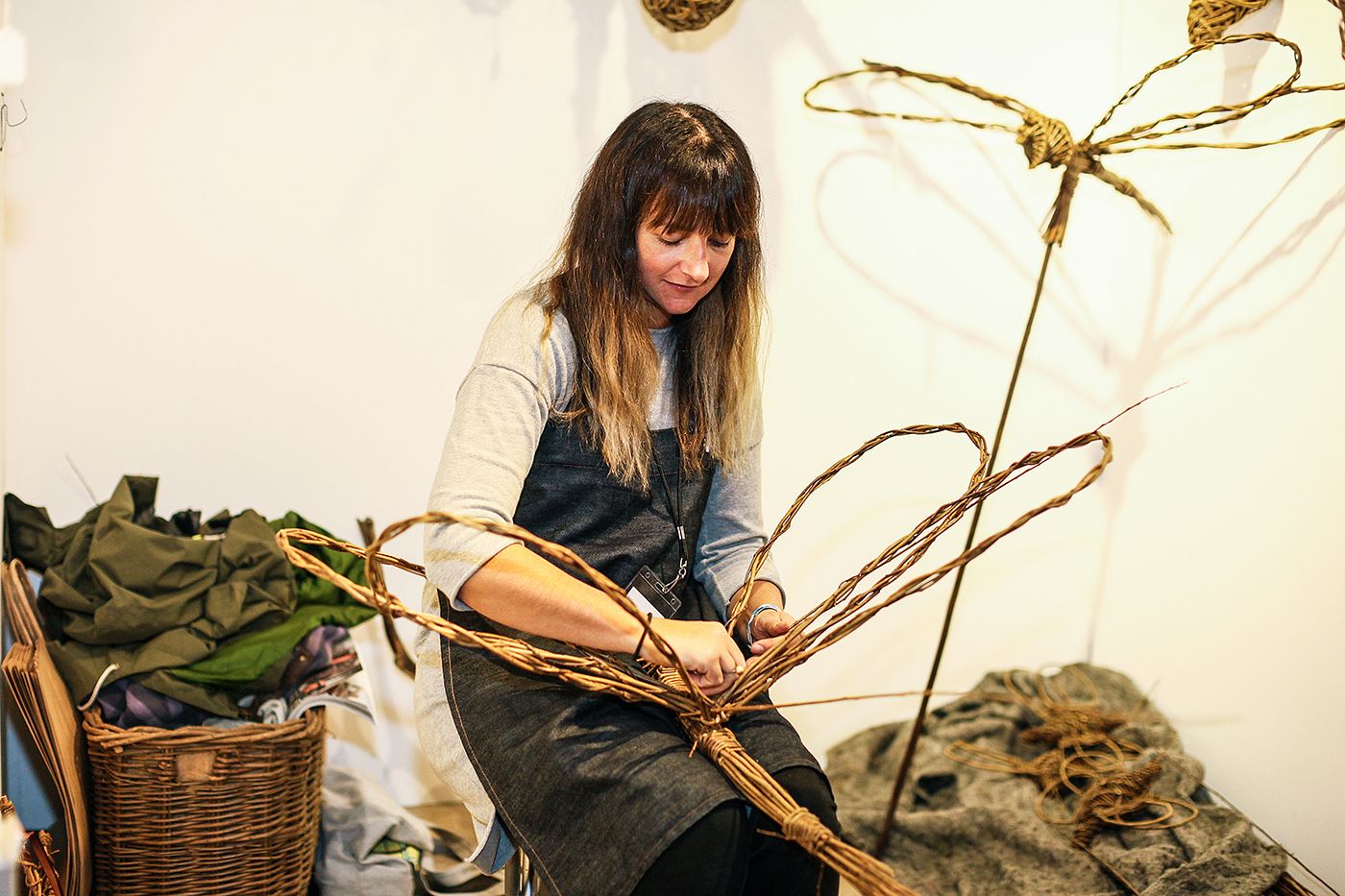 Amazed by Juliette’s work, Dave asked Juliette to commission something for the city, the city she was born in and the city she calls home.

A few years went by before Dave actually commissioned Juliette to do the artwork. There’s probably a lot of council paperwork.

After securing some funding from Council’s Neighbourhood Improvement Fund the art installation was signed off as part of the greening project that would also celebrate the real workhorses of the Industrial Revolution.

Designed to look like the two creatures had stumbled upon each other on the towpath, Bess and Bailey were created in Juliette’s back garden where she has a studio. 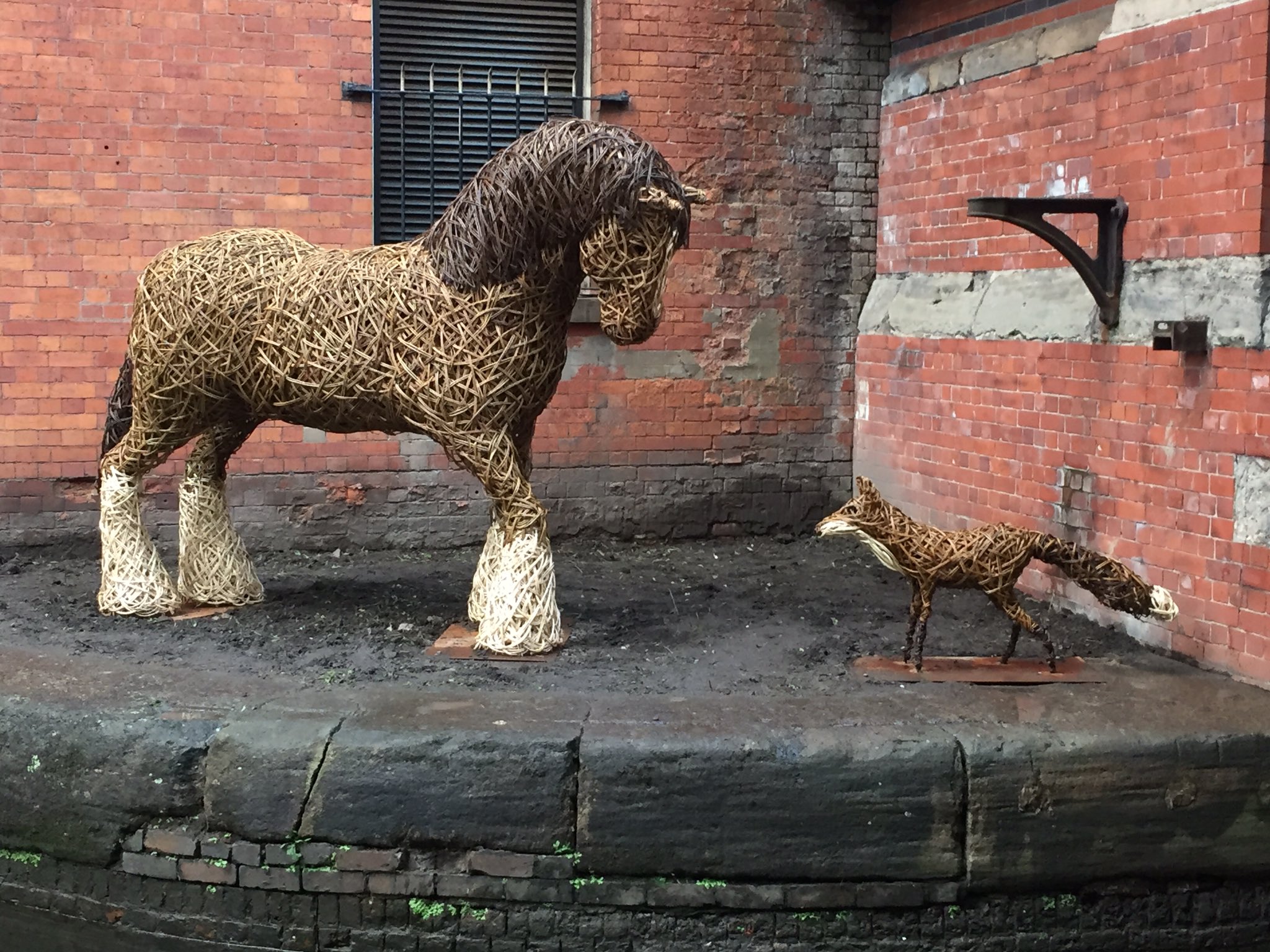 The base of the horse had to be made of metal, bent by hand by Juliette and welded into place by her husband. It meant the horse could be bolted to the ground so no one would try and take her home and so she could withstand the weight of some pisshead who would undoubtedly try and get on top.

The sculptures had to be floated up the canal to be fitted as they are positioned out of reach from messy humans.

“Horses were the real life work horses of the industrial revolution. Bess is a celebration of all the thousands of horses who have passed the length and breadth of Manchester’s canals over time, working silently and tirelessly to fuel the City’s industrial age growth.

“Before the widespread development of the canal network, most goods and raw materials were hauled by horses and mules that were pulling road carts. Suppliers realised that a horse was able to pull between 30 and 50 times more coal or iron ore on a barge that was floating on the water. Pulling a barge along a navigable waterway did not normally require the horse to go up and down steep hills, so the work was also considered to be slightly safer for the animal.” – Dave Barlow

Bess was supposed to get a ‘minder’, a man controlling her rope, in April 2020 but like most things, this was put on pause.