There’s no denying that Antwerp Mansion is one of Manchester’s most alluring worst kept secrets.

The huge Victorian Mansion that stands intimidatingly in the middle of a quiet suburban neighbourhood is steeped in history, ghostly sightings and Judge Dredd memorabilia.

But, as many will see it as nothing more than a safety hazard, a glorious bunch of Manchester-based artists and creatives have taken it upon themselves to transform the archaic structure into an accessible celebration of the city’s alternative arts scene.

Set-up by Lucy Briscoe Rimmer (Lucy Indelicate) and her good pal Tom Kinloch, the collective began its journey back in the Spring of 2019 after the duo became frustrated with the ‘white cube by-the-book’ art scene they found themselves in.

“When I was at university I found it really difficult to get my artwork into exhibitions, mainly because of the explicit nature of it. I found it very restricting and also very expensive, there just weren’t a lot of spaces that seemed to cater for working class students that were looking for places to exhibit their work.

“I found that most venues make you pay to submit your work and, even then, you’re still not guaranteed a space in the exhibition, so it was important to me that West was able to offer artists spots for free whilst also being able to make money from a split of the ticket sales.” 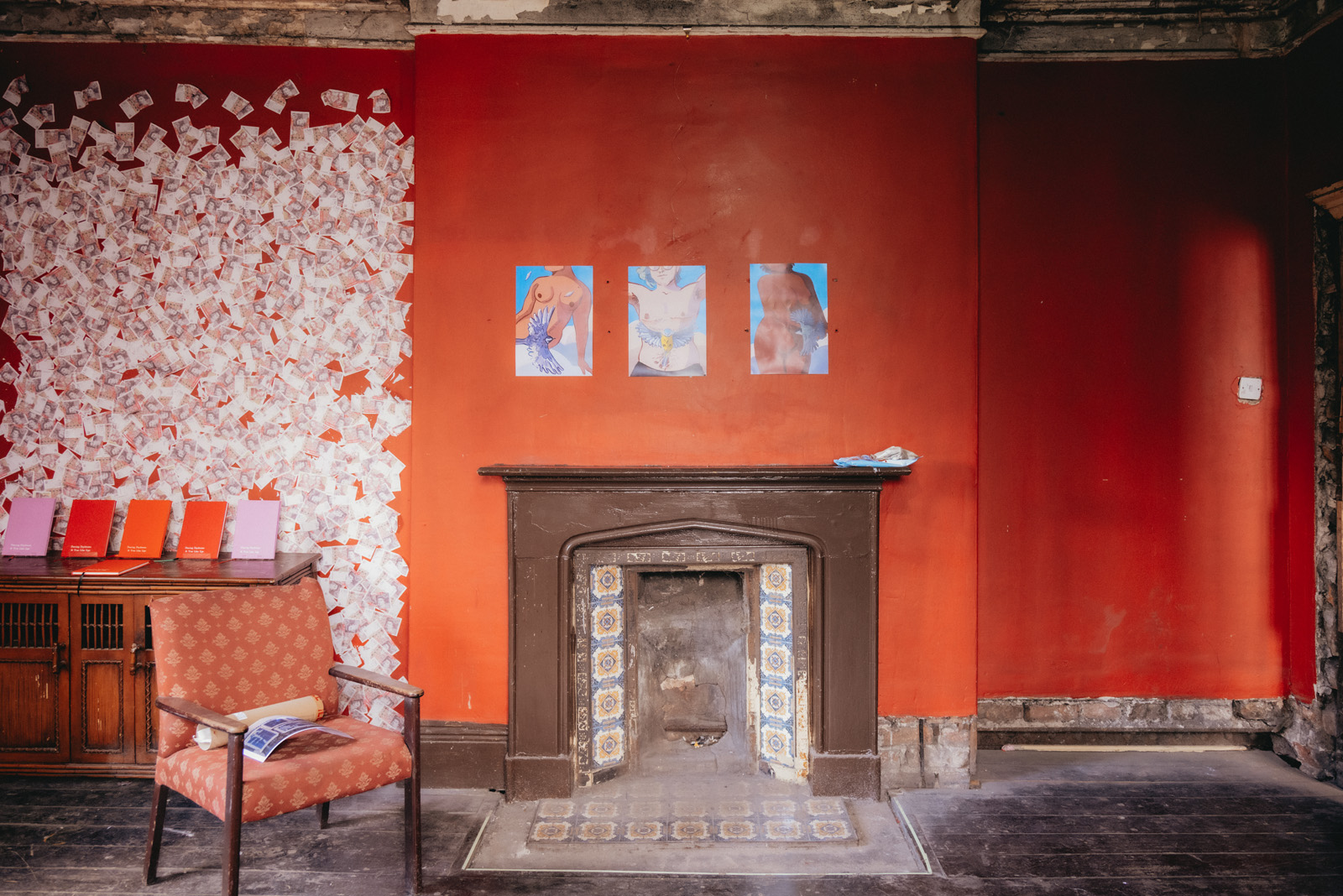 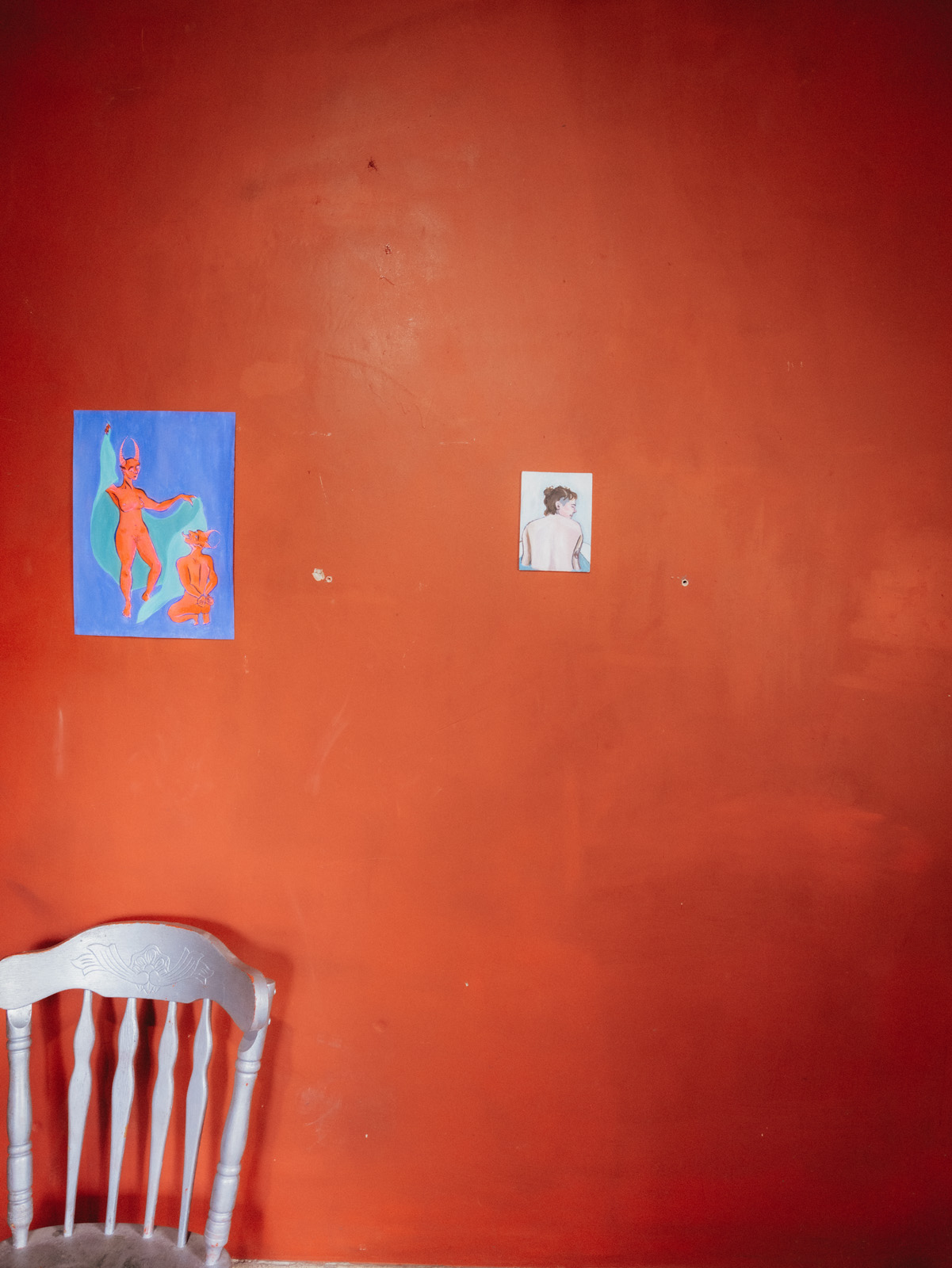 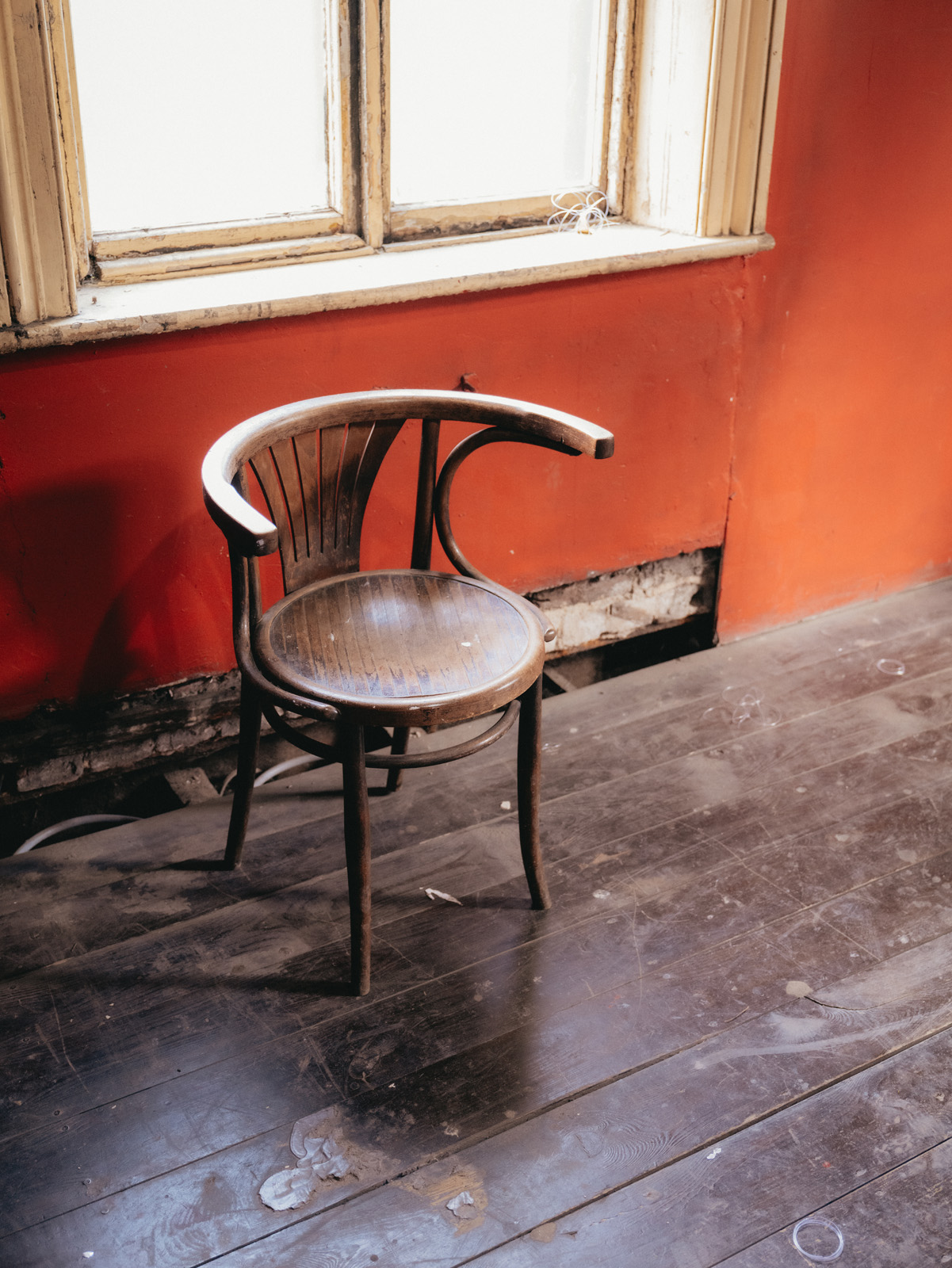 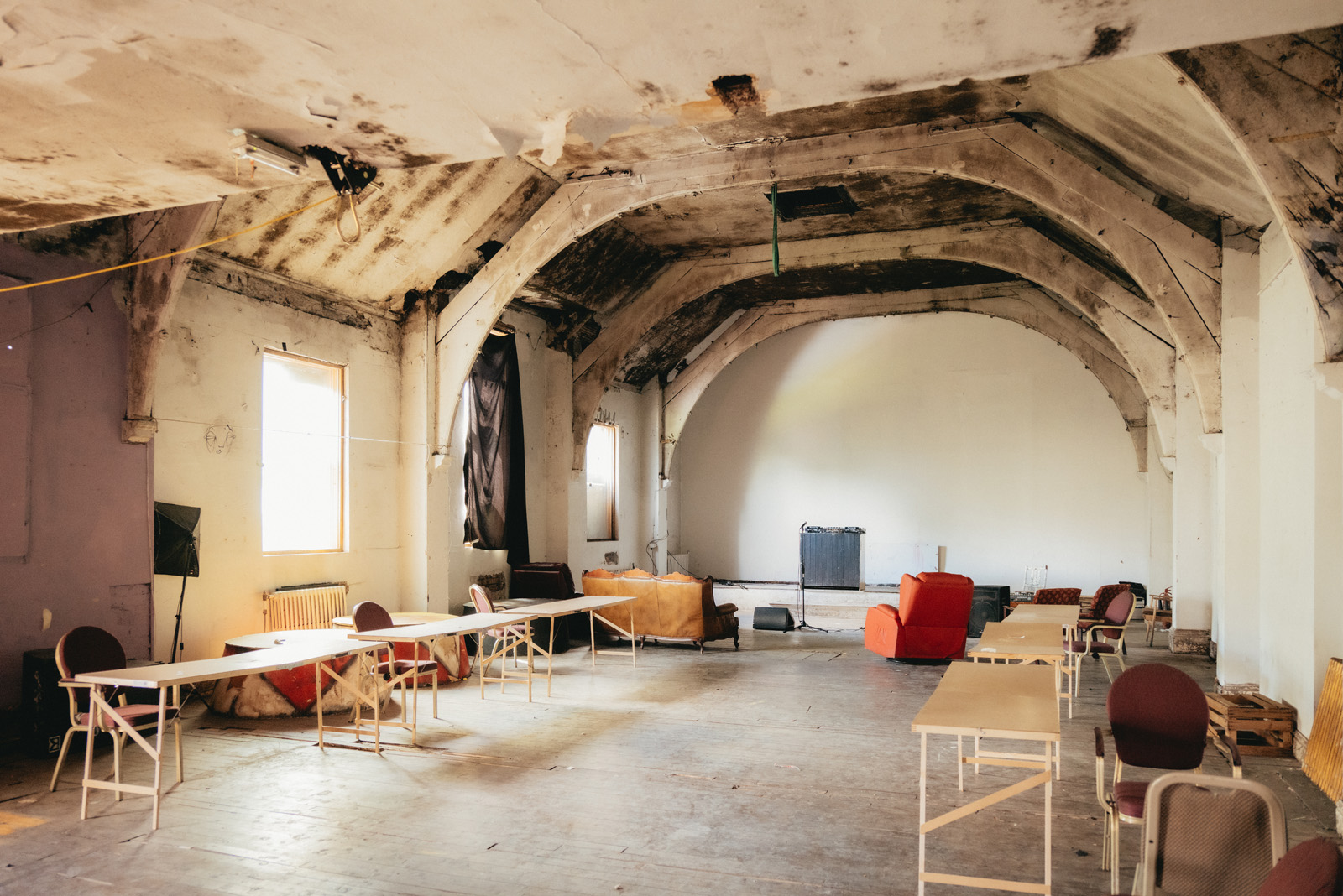 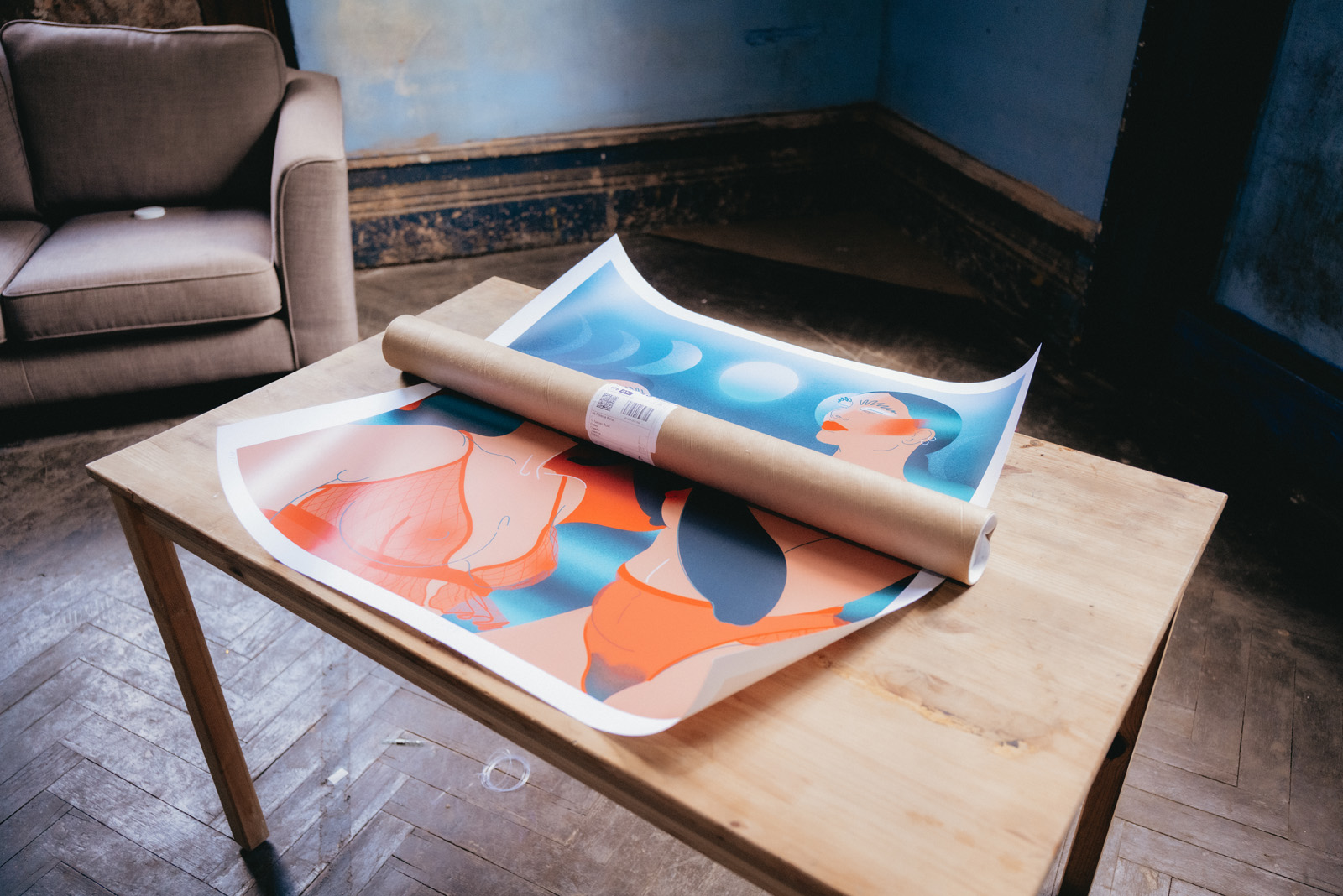 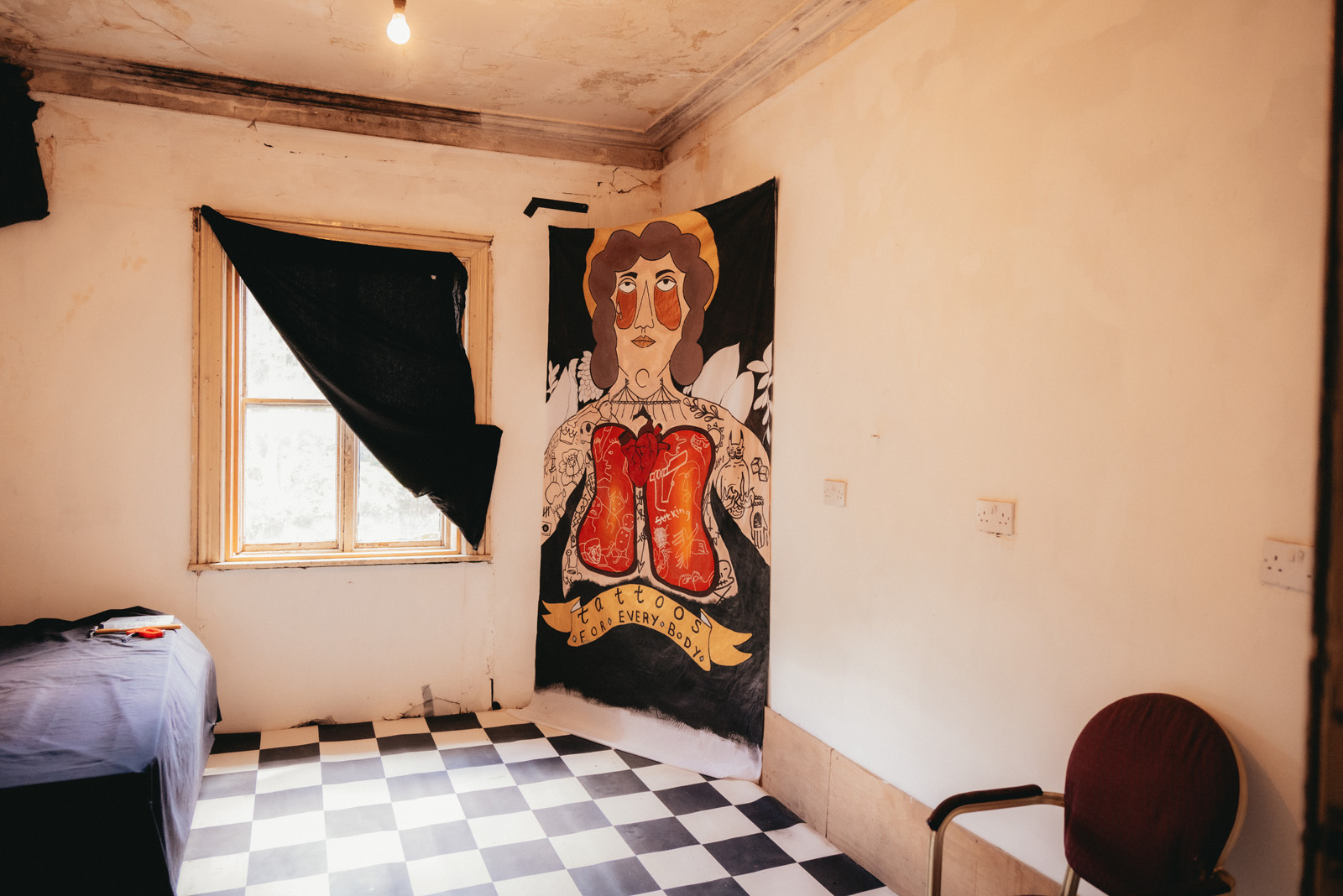 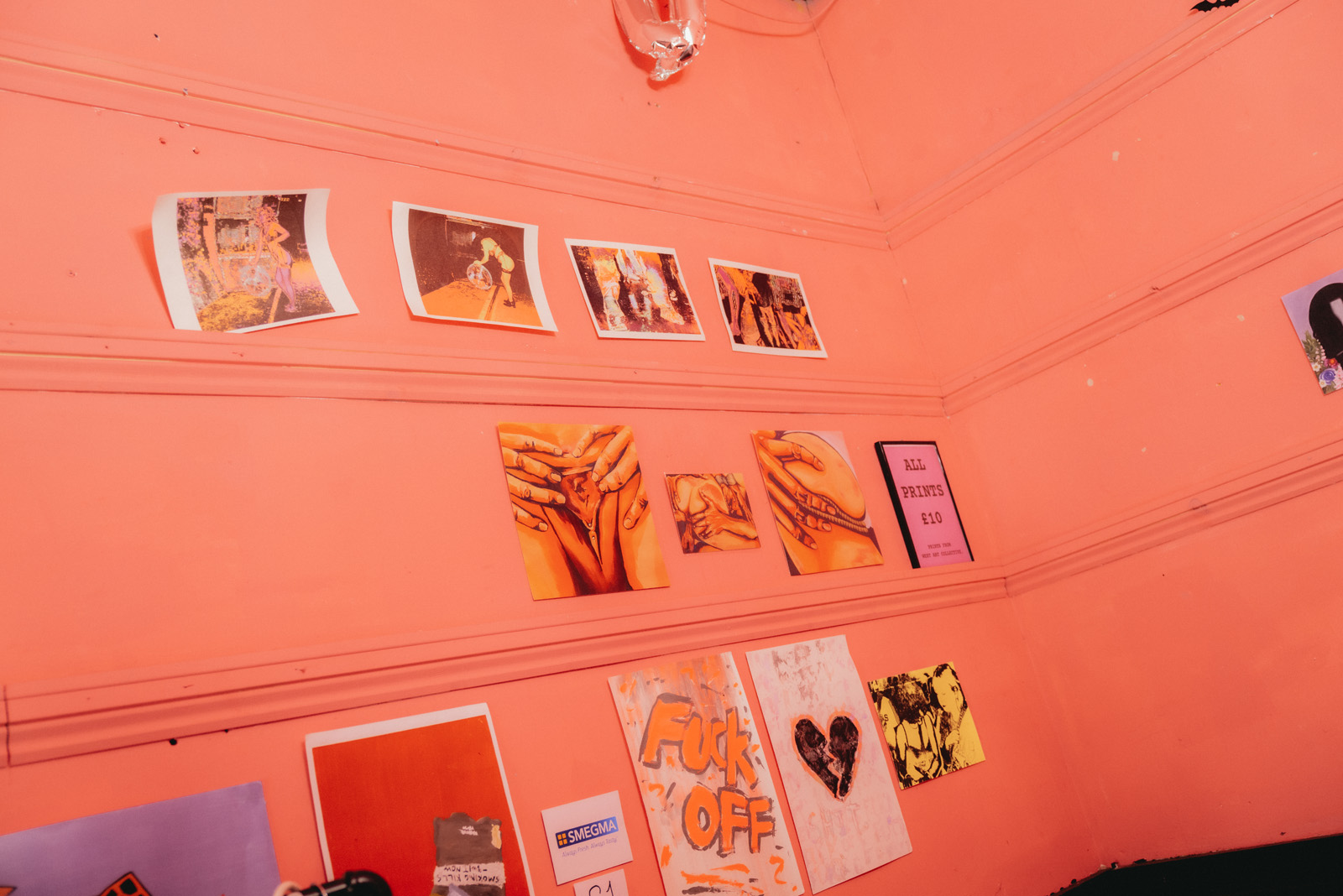 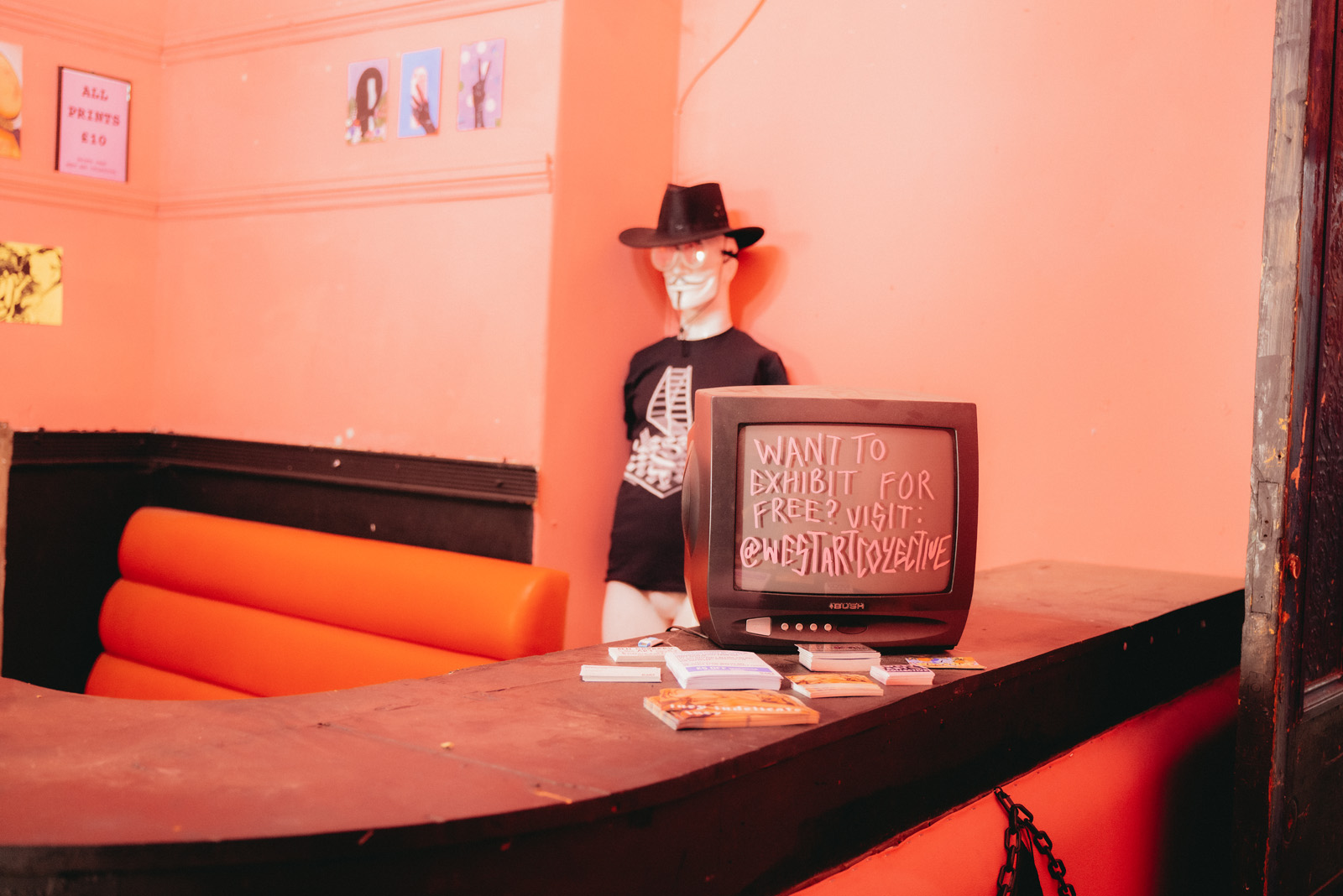 When it came to taking over Antwerp Mansion, the story is as unconventional as the venue itself, as it stemmed from an explicit painting Lucy put in her window, which received a tonne of complaints from her neighbours after she left it there whilst she went away on holiday.

“It was a very rude painting,” she began, “and when we arrived back home we had loads of letters through the door from our neighbours kicking off about it. At the time, I’d noticed that Antwerp had started curating their own exhibitions, so I submitted that painting and told them the whole story of how much uproar it had caused and they loved it!

“They then asked if I’d had any experience of running my own exhibitions and I hadn’t at the time, but they asked me to come back with a few ideas and that’s when I approached them with the idea for West Art Collective, which seemed to be exactly what they were looking for.”

West Art Collective works differently to other organisations as they offer a ‘Zero Cost Exhibition’ space. It was created to support artists exhibiting their work without having to pay huge fees to do so, meaning that there’s more space for working class artists or those on a low income to showcase their work, create more and collaborate with other like-minded individuals.

It allows those starting out access to an incredible team of established artists, as well as the chance to host their own solo exhibitions or workshops with no table hire fees. West also provides all installation materials for free and includes a 0% commission on artwork sold through the programme, as well as 24/7 mentoring, guidance and support.

“We make our money solely from ticket sales,” Lucy continued. “We usually sell tickets for no more than a tenner and all our events are BYOB, so it’s a really cheap night out for people. We’ve got the exhibitions and live performance spaces, but we also try to incorporate other interactive elements, too.

“We’ve had a bouncy castle set up in the main room before and artists doing live painting outside the mansion. We get lots of people turning up on their own as well just looking to find people with similar interests.

“We’re thinking of introducing a scheme where people get different coloured wristbands upon entering that will represent those who have come alone etc. Everyone is so friendly here, we never have any trouble at our exhibitions and we feel like we’ve built a really wonderful community of people.”

Lucy also lives in a converted camper van in the gardens of the mansion, a brave move considering that alongside its art exhibitions the mansion is a favourite for ghost hunters due to the immense paranormal activity that has been witnessed on the grounds. Not that any of this is a concern for Lucy!

“I’ve only moved in properly over the past month, but I love it here! I don’t pay to have my van here, I just look after the gardens and run West – which suits me perfectly. It’s such an iconic venue and as I work here, too, it’s really handy being so close to the space every day.”

Most recently, West hosted ‘AB-Stain’ a queer, sex positive exhibition which was a collaborative takeover with artist, Eve Kelly. The exhibition showcased the work of over 20 artists, alongside talks from sexual health charities, free HIV and STI testing, spoken word, live music, a print fair and more.

“We want to create exhibitions that people don’t just walk around and leave, but ones that they interact with and have a reason to stay for. We like to make it tactile by bringing things in such as the bouncy castle or the free workshops and print fairs, it makes it more hands-on and I think that’s what people have been missing post lockdown,” furthered Tom.

West Art Collective is currently booked up with exhibitions and showcases until 2024, so Antwerp Mansion is set to be their stomping ground for the foreseeable future. The collective are also looking to expand to other parts of the UK, especially London’s burgeoning art scene and hosting talks and events at local universities.

“We’re immensely proud of what we’ve achieved with West Art Collective,” concluded Lucy. “Since we began just over three years ago, we’ve gone from exhibiting 15 artists to now around 70 at each exhibition, which is only going to grow. We’ve got so many ideas for Antwerp Mansion and feel incredibly lucky to have full creative control over this incredible space.”