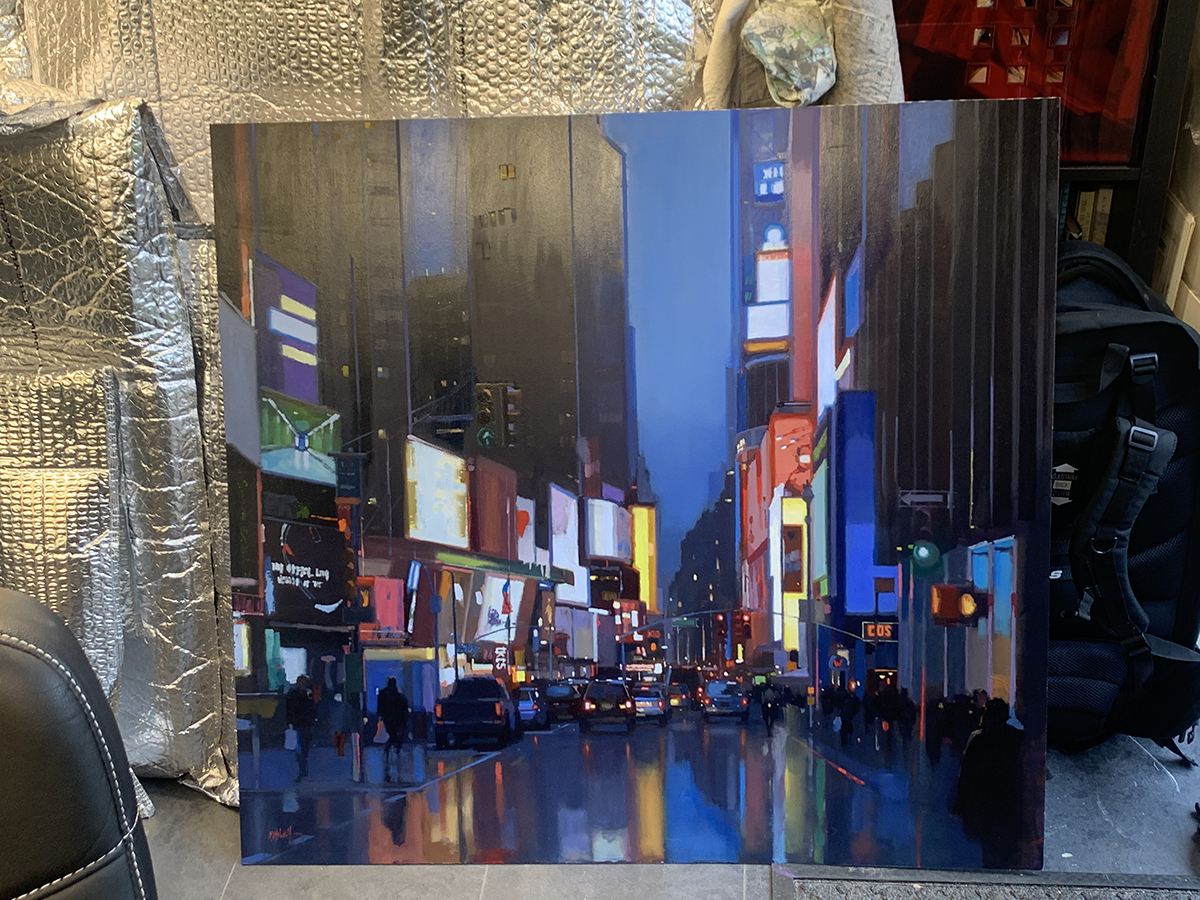 In 1998, a 28 year old man caught a reflection of himself in an upstairs window of Manchester Royal Infirmary.

What he saw was the left side of his head shaven and bearing a massive swirl of stitches – the aftermath of an operation to remove a brain tumour. Below in the street he glimpsed another man carrying his bag into the hospital and presumed, in that moment, that somebody else was entering, maybe to face an ordeal similar to that which he was going through. That reflected self and that image haunted him. 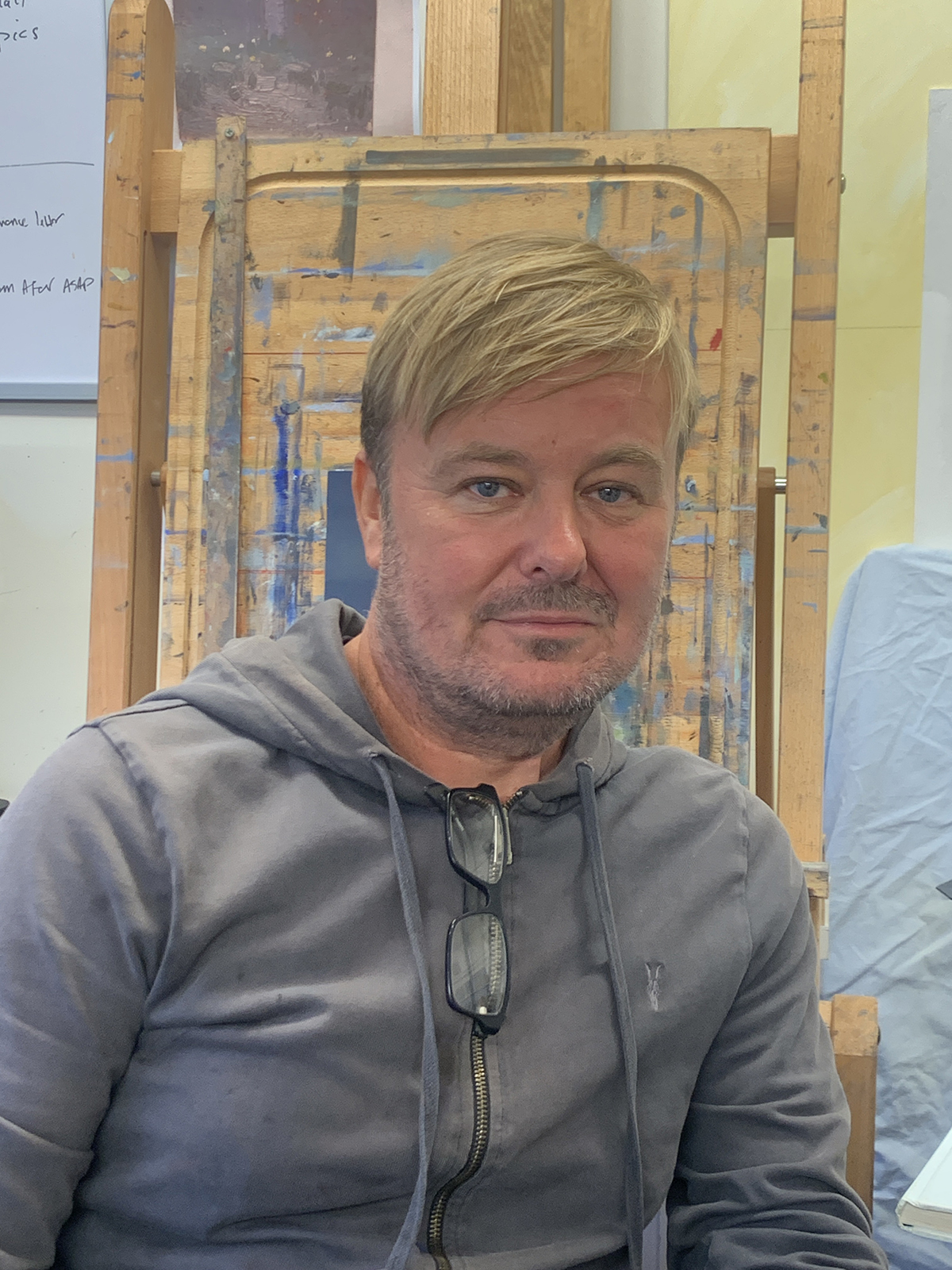 “At that moment I had an intense feeling of melancholy,” Michael Ashcroft told me when we sat in his studio at the bottom of his garden, “and each time I went back for treatment during the next year, I went back to that window, looked out and began to draw the scene.”

That’s not the cheeriest start to a piece about a painter, but these twenty some years later Michael is most proud about being elected a Member of the Royal Institute of Painters…a membership rarefied to just 70.

And sitting amongst his paintings, stacked in preparation for a major exhibition in Manchester, he smiles and laments most the year and a half that he has not been able to go the pub with his mates. 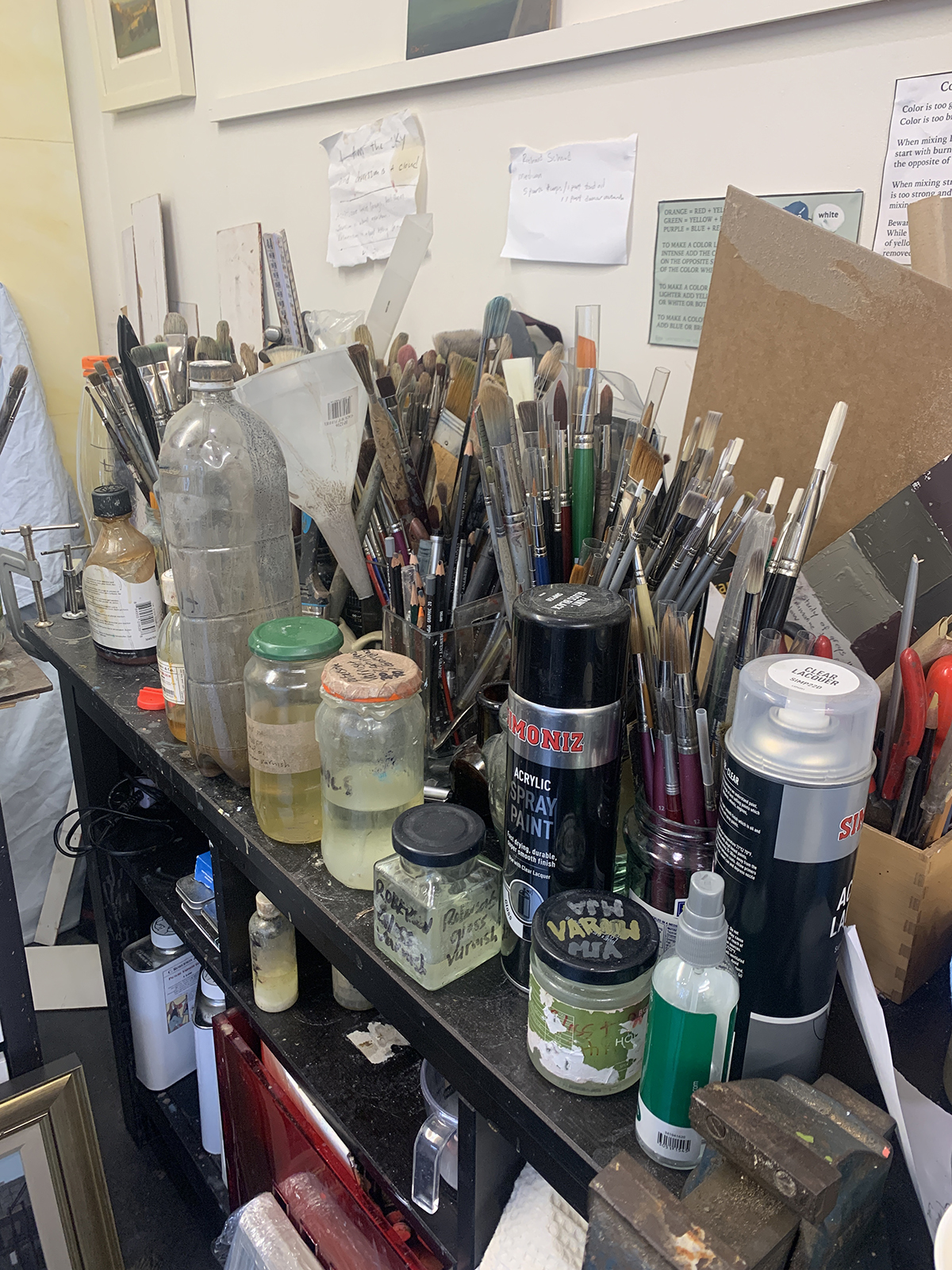 The paintings shine light through deftly placed brush strokes and, Michael takes up his post operation story, “I went back to working in engineering, but eventually I painted the scene from the window and it sold for two hundred quid. I was amazed. I’d always had an interest in drawing and painting, but selling that painting just gave me the impetus to paint more and I became obsessive. Every spare minute I worked away, trying to analyse colours with the paint, what worked, what didn’t.”

His work at that time was mainly traditional country landscapes, but he became more and more fascinated with the urban. Maybe going back to that bleak Manchester street scene that he had painted years before. 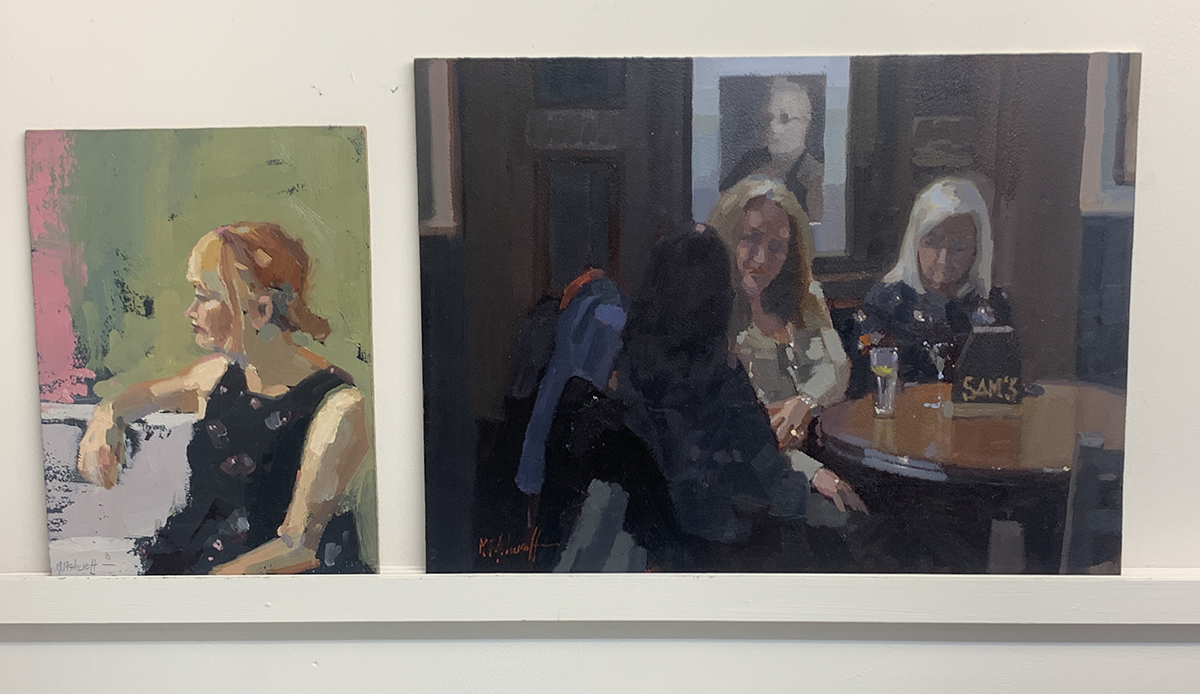 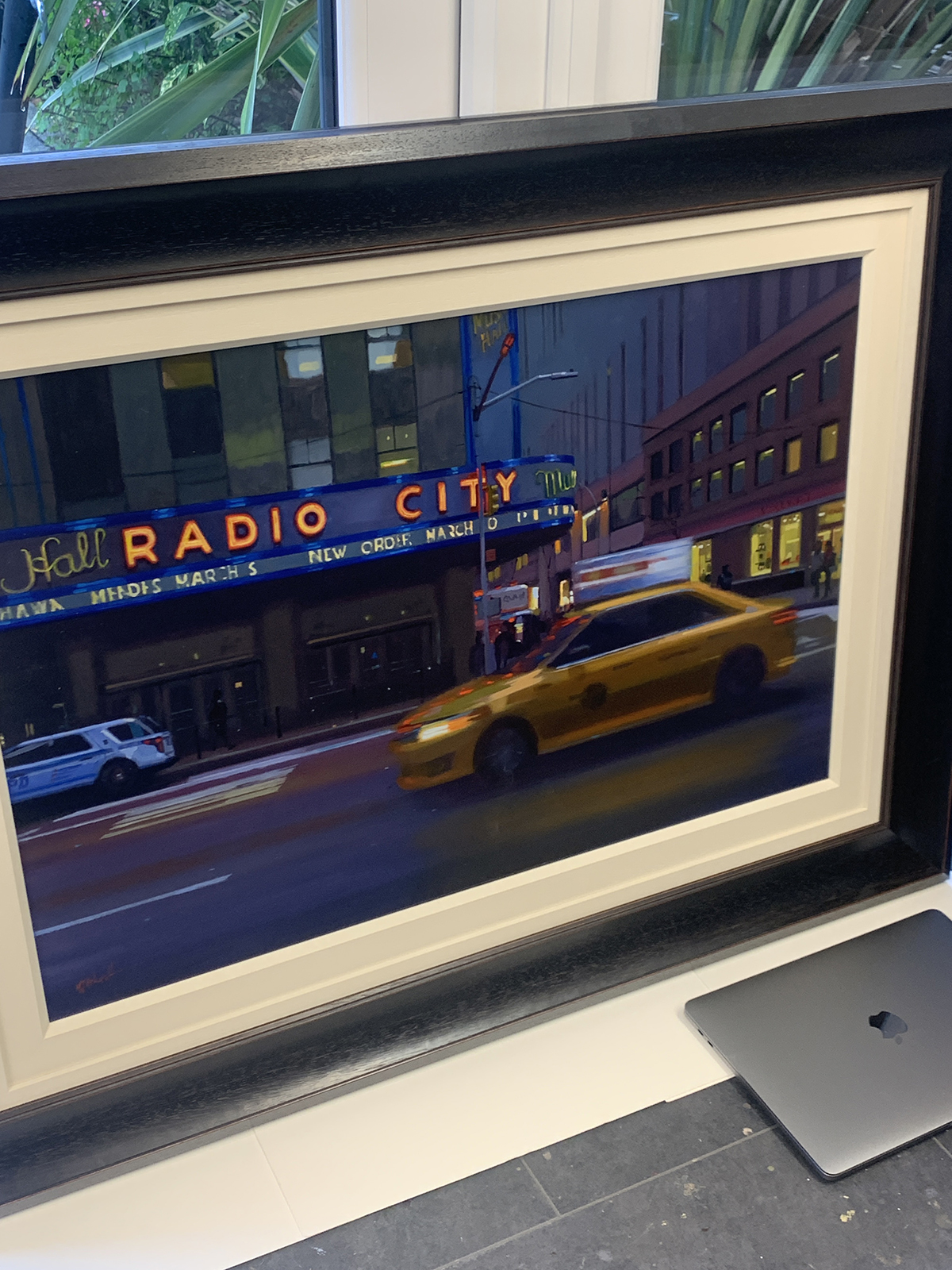 Michael was also obsessed with the urban painting of Edward Hopper. The light and dark. He pulled a well thumbed Hopper book from the shelf in his studio and flicked through it for maybe the thousandth time.

“I was still working in engineering, but I guess the real breakthrough was winning a prize in an American competition. That would have been about 2008 – ten years after my operation. That was what really made me lay down the engineering tools and pick up the paint brushes for a living, rather than an interest.” 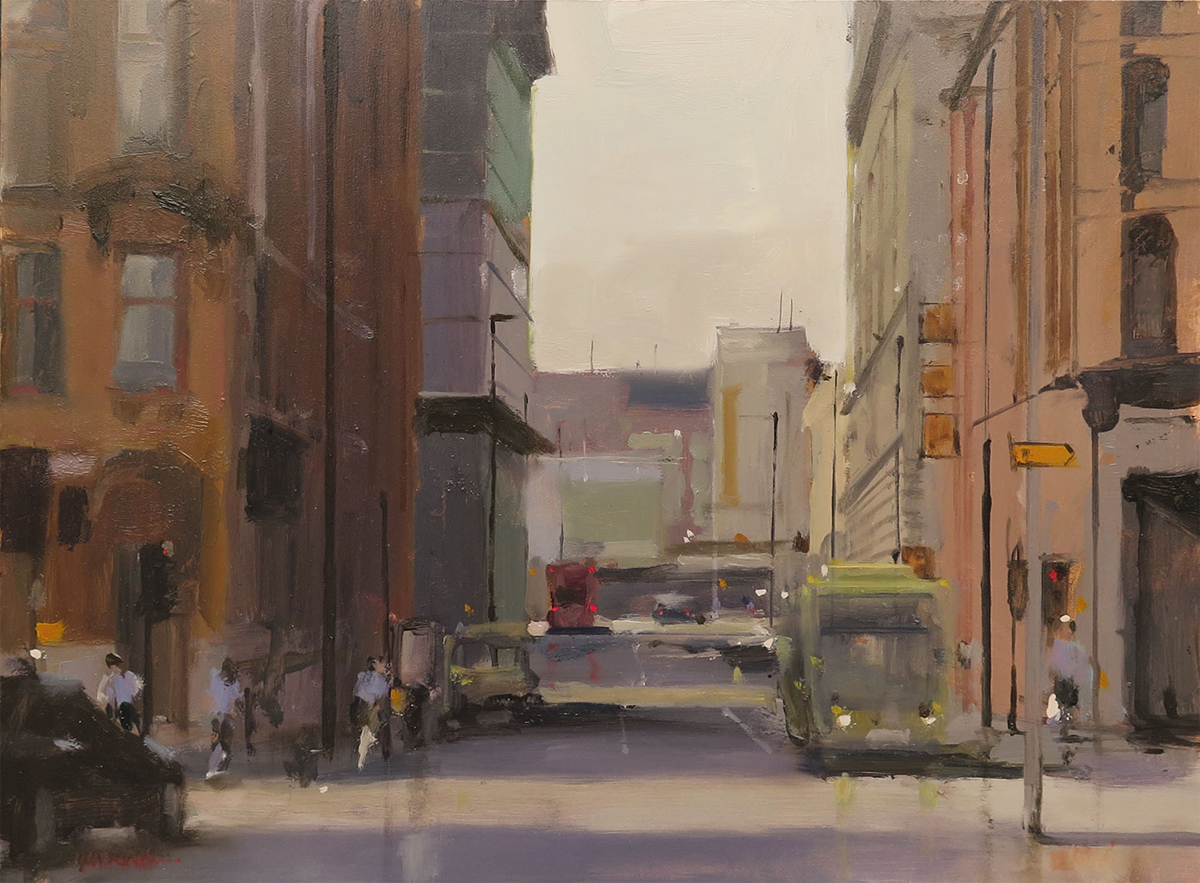 And, of course, he has never looked back, building the kind of reputation that led to his election to the Royal Institute.

“About four or five years ago I made my first visit to New York. I was fascinated, particularly by the Meatpacking District – which is now trendy bars and shops. Not slaughterhouses which used to fill the area! It reminded me so much of the Northern Quarter and New York as a city reminded me so much of Manchester. I wandered the streets, drew and drew what I saw. Just took in the atmosphere and the light and the reflections.” 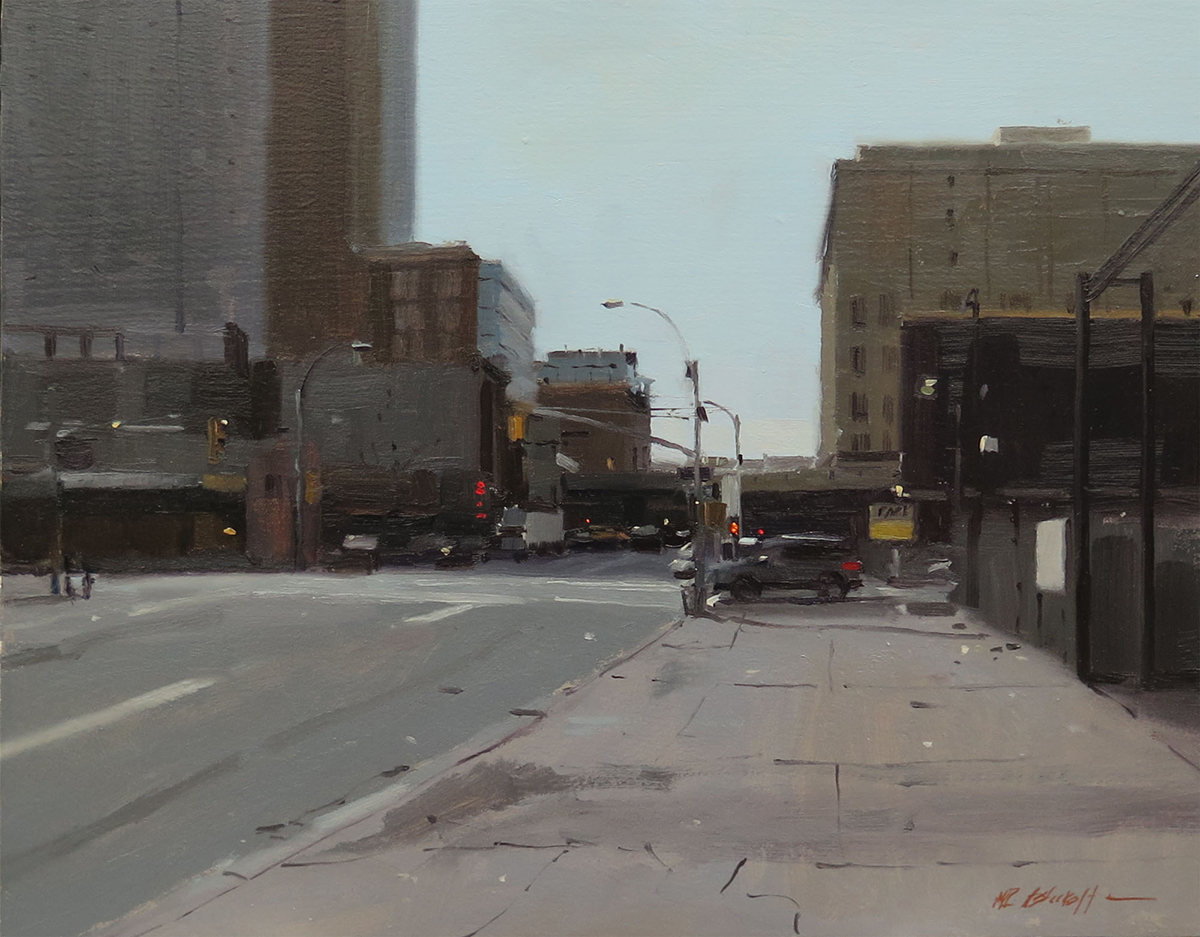 Michael’s major exhibition will feature paintings of both New York and Manchester – the works stacked around me in his studio in preparation clearly illustrating in oil paint and magical light exactly the point he was making…the High Line in NY with clear resonances to a Whitworth Street or Deansgate painting. Delicate, confident brush strokes applied instinctively and minimally. But always with the light shining through. 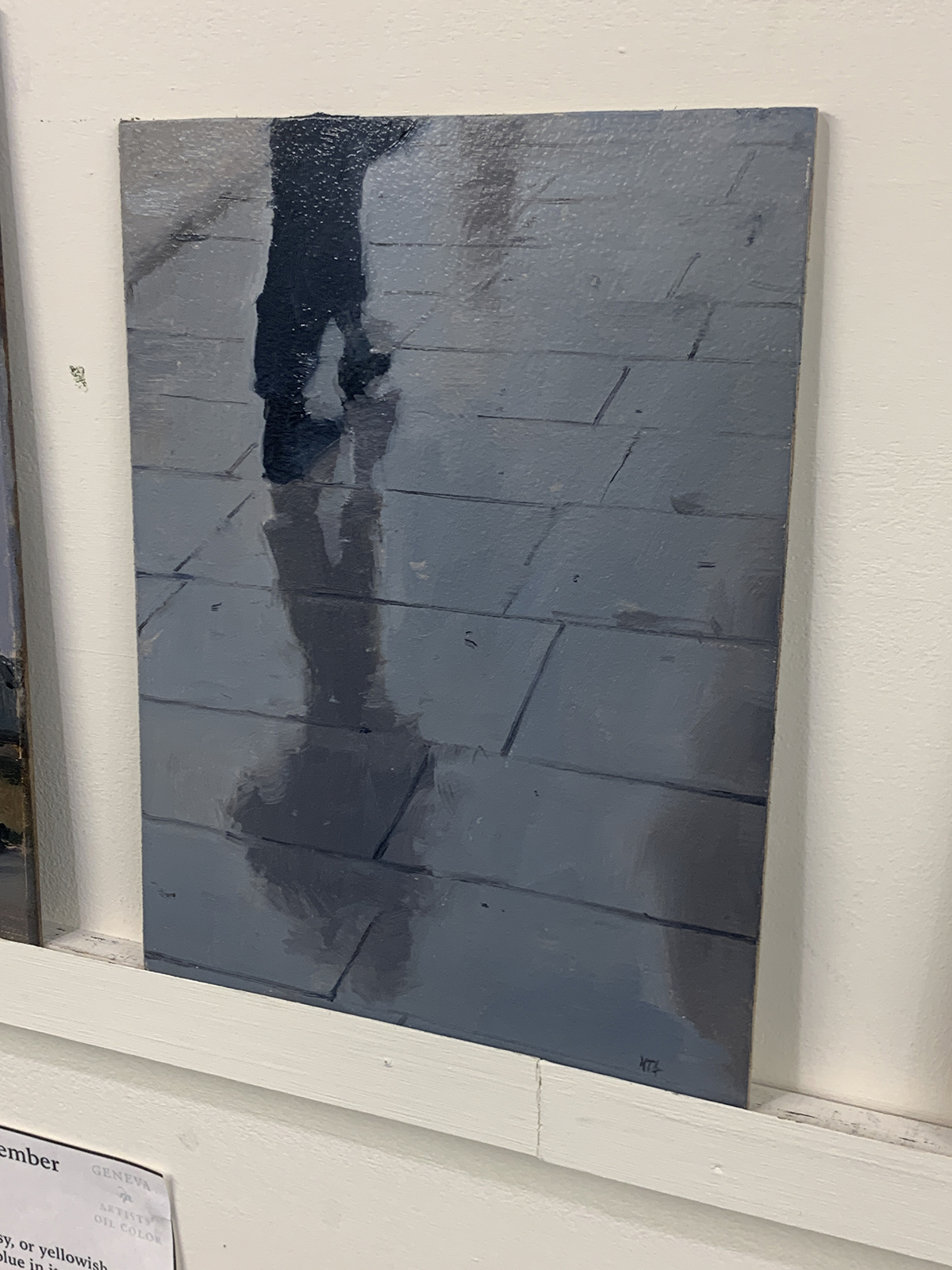 In the electronic medium through which you are (hopefully!) reading this piece, the light is just that – light. I guarantee that the light which Michael Ashcroft extracts from a tube and applies with a brush will be brighter than anything you can see on a screen.

The exhibition runs from Saturday 4th to 18th of September at Contemporary Six on Princess Street.