It's almost a right of passage for anyone new to Manchester - a trip on the fabled 42 bus...

With the continuous 24-hour chugging up and down the Oxford Road corridor (which may or may not be the busiest bus route in Europe), you’re never more than a couple of minutes away from the next ‘WTF!’ moment – and it’s all been captured during a 3-year odyssey by a Manchester street photographer.

My own memories of the 42 bus are varied, and many of them should not be repeated in civilised company. It’s always been a true Manchester experience, one dotted with some seriously odd characters.

There was that bloke who wore no t-shirt and carried a white rabbit, the Canadian man who would tell a 10-minute long story on the top deck to garner 10p off people, and, not forgetting, the many late-night sleepers, who would wake to find themselves in the depot – getting shooed out by a disgruntled driver.

One person who’s sure to have seen all of this and much more is Claire Wray, street photographer and epic bus rider, who documented her experiences on the 42 bus over the course of two years and published them in a zine, simply entitled ‘42 Bus‘. 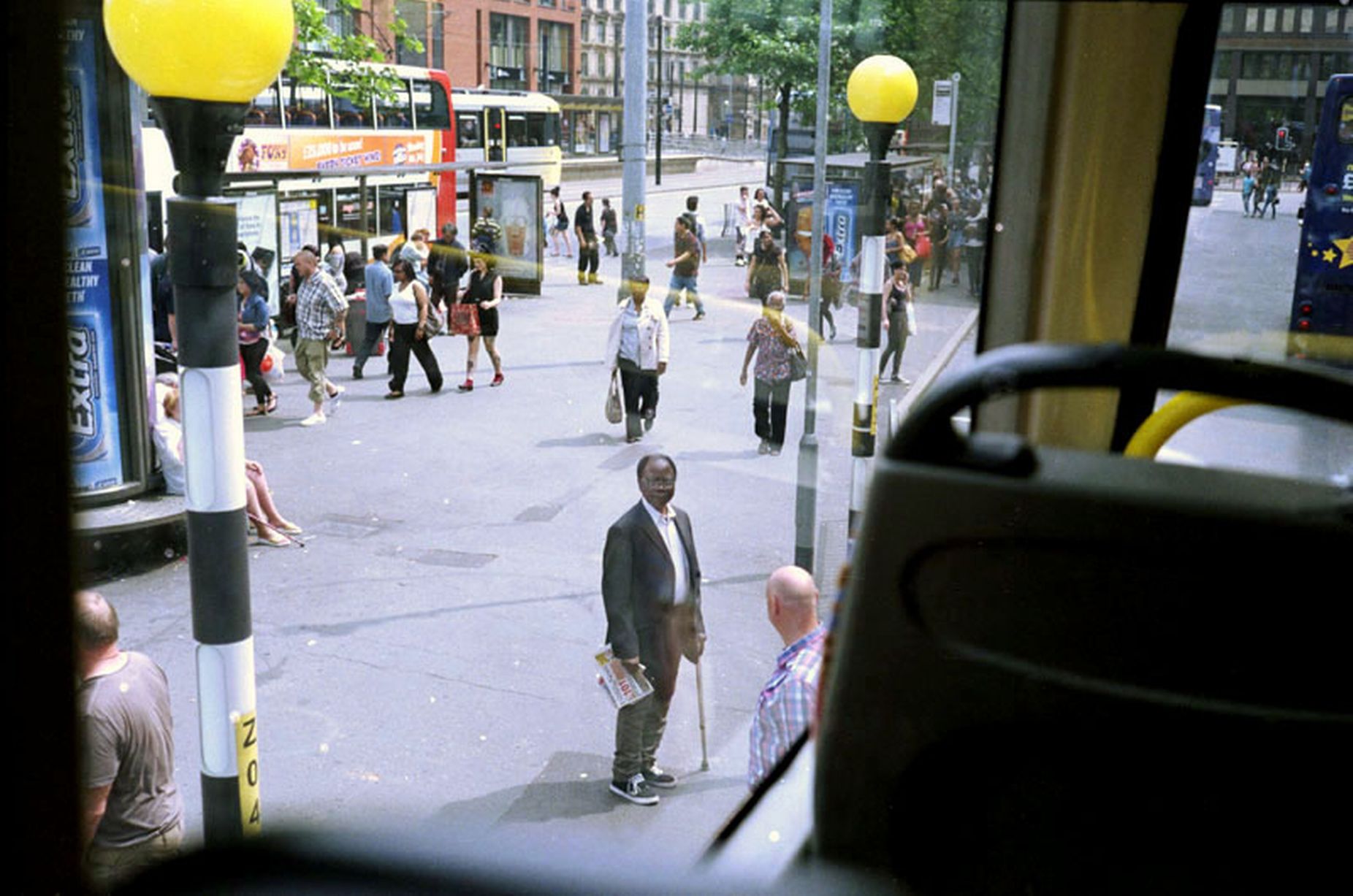 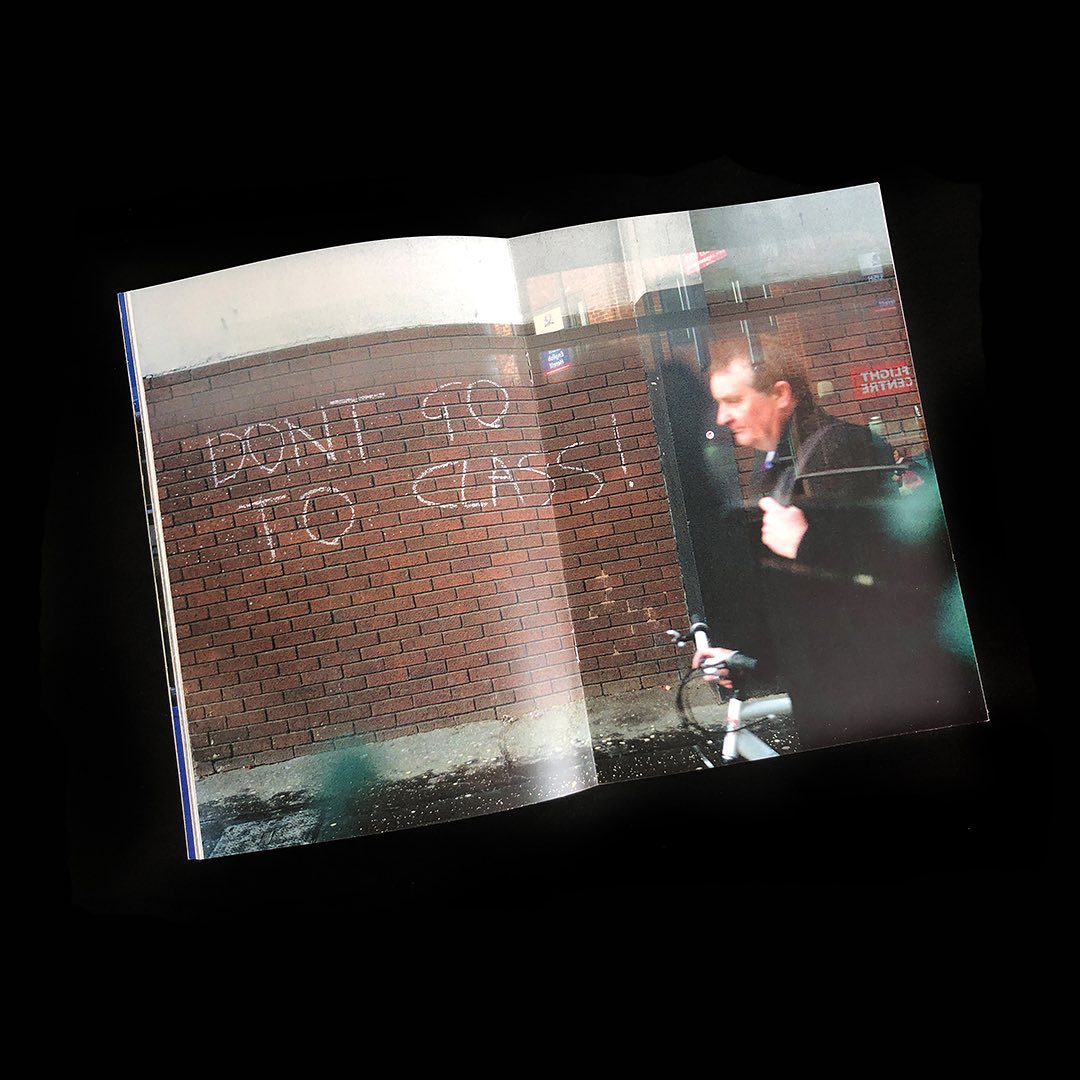 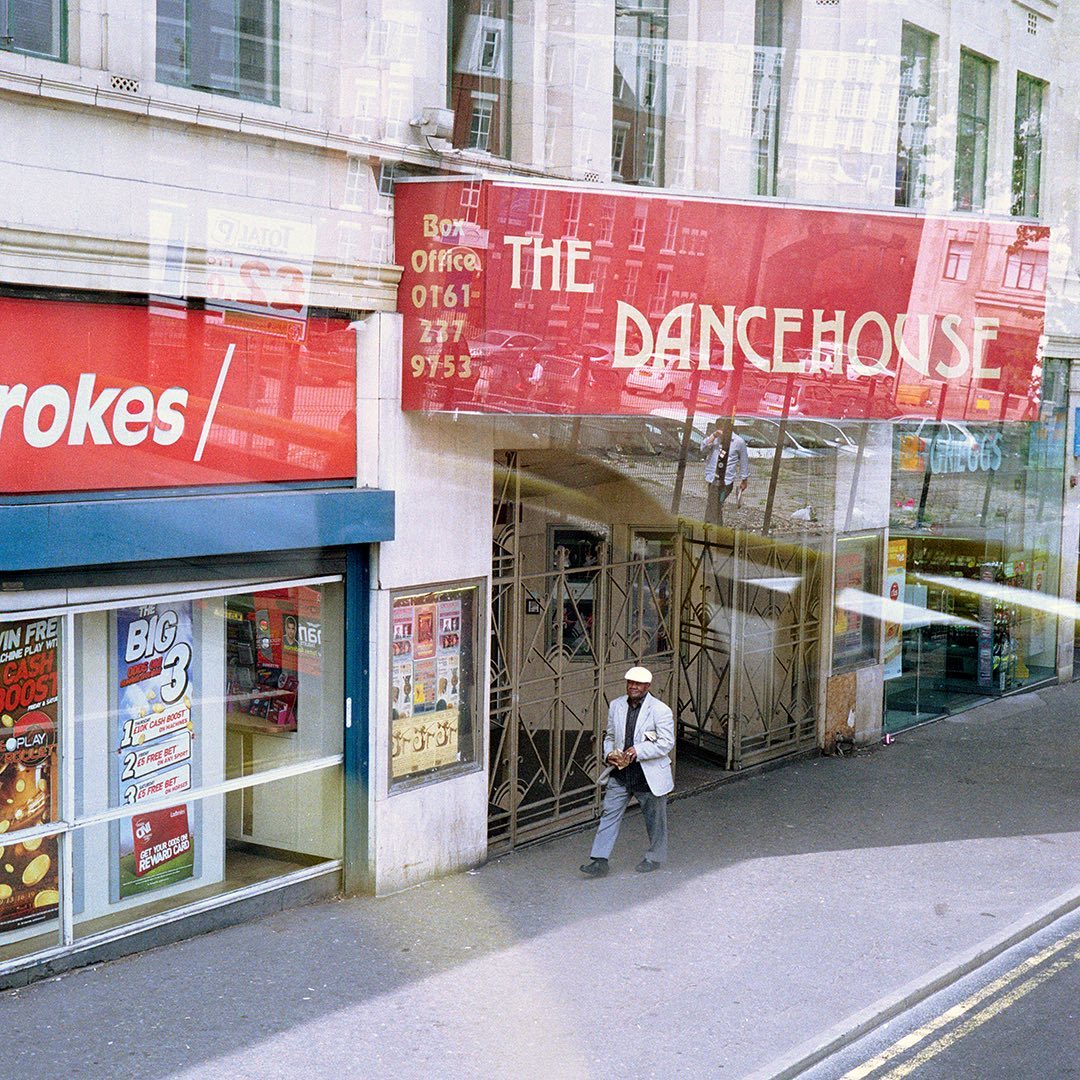 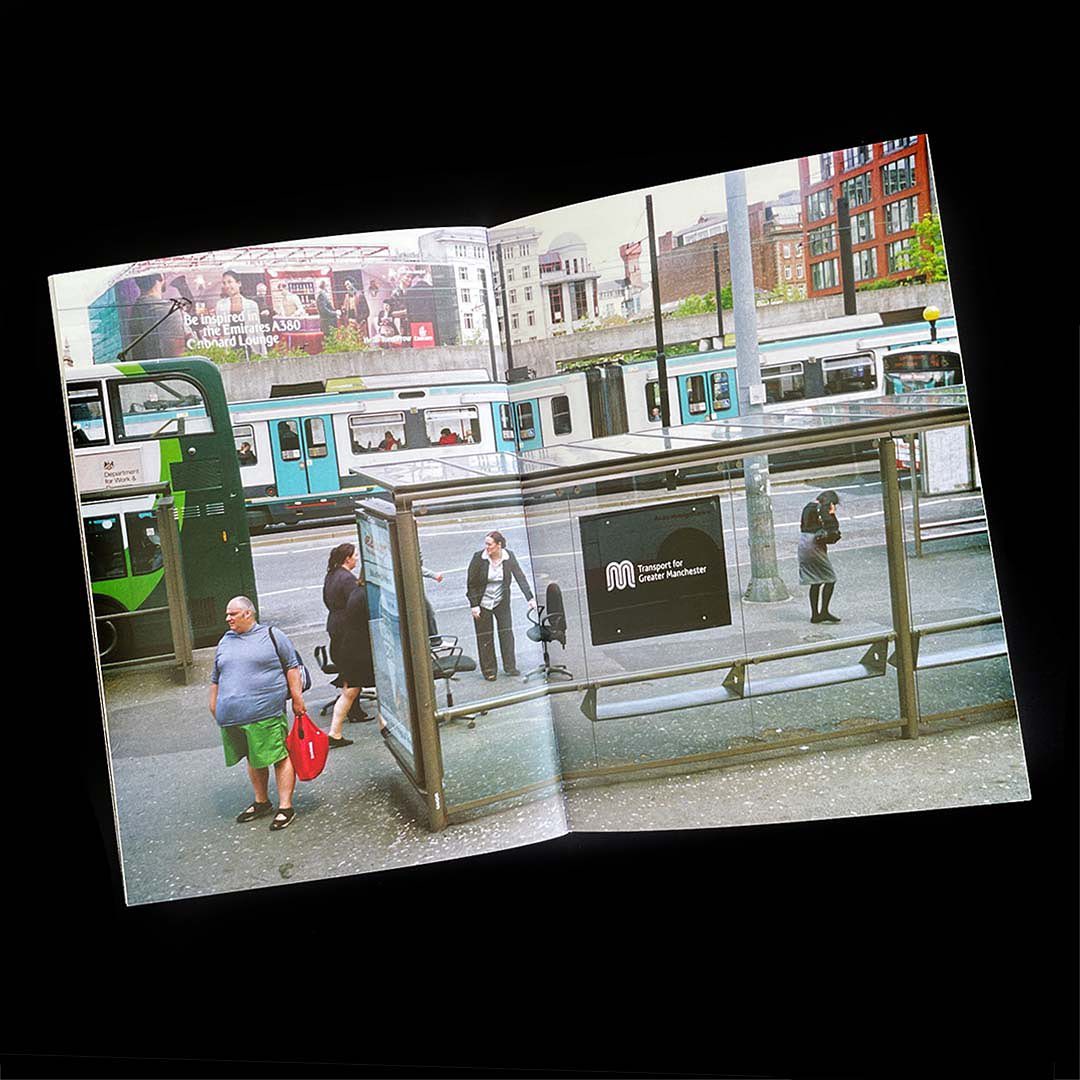 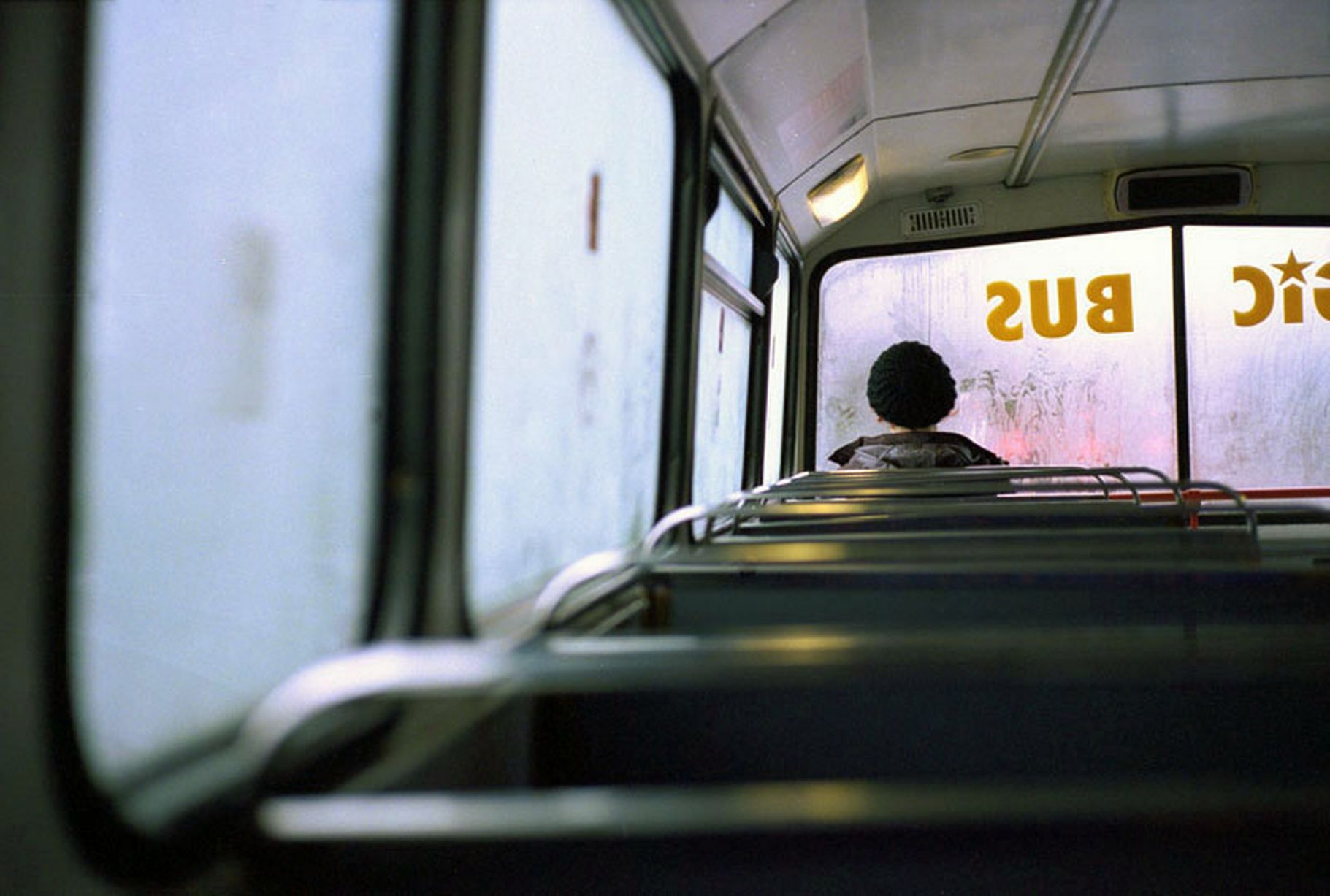 Claire was inspired by Tom Wood’s book ‘All Zones Off Peak‘, taking the odd picture on her commute but initially feeling really shy about it all. It wasn’t until a few years later when she injured her foot and her usual street photography became difficult, and the 42 bus was her salvation; “I still wanted to take pictures, so I made it a project. I’d take pictures from the window seat and the route is a great way to see every day Manchester.”

The photos are indeed a window into the world of day-to-day life in Manchester, especially working class life and that on the fringes of society – those peeked popping out the pub for a ciggie, or fast asleep on the bench of the bus stop. There’s the dirt, the grime, the graffiti, the condensed windows – and the characteristic oddities of lives – all captured from the tightly packed seat of one of the city’s busiest buses.

But what was the weirdest thing that Claire saw in the three years? “I have to mention the lady who would board in Withington and stand at the front of the top deck delivering political lectures almost every day. She would be booed by students like a pantomime baddie!”

Run-ins with the Magic Bus Lady were always going to happen I suppose, but it seems like the drivers were always on a mad one too. “I don’t think I can repeat THE weirdest thing I saw, but there were many things. The night drivers for one – would be wild!”

“One bloke deliberately drove into the side of another double decker because he had beef with the driver. I was also on the bus that crashed into the ‘Dance House’ on Oxford Road.”

At the time, and in the zine, Claire explains how the route was called “chaotic, stressful and unpleasant” by the Parliament Transport Committee, but times have changed. Claire more recently got on a 42B bus and was impressed with the new leather seats, free wi-fi and phone chargers. But during those years on the project, during peak hours – it was certainly those things and more.

The 42 Bus zine isn’t Claire’s only photography work, her online shop features a selection of works including images of “that bloody awful concrete wall in Piccadilly Gardens”, ‘Urban Spaces’ and a particularly vivid (and often rather sad) visit to Blackpool and its famous promenade – one of the most deprived areas in Britain.

Finally, I asked Claire about the rapidly increasing use of traditional film amongst photographers, both professional and amateur, and she sees it as a “reaction against the throw-away culture that we live in.”

“Times are changing. We wanted everything to be fast and easy but this then made us value grain, imperfection and out of tune notes.”

42 Bus is available to buy from Claire’s website, priced at £6.