From critically acclaimed immersive digital experiences and Fitzgerald in a park, to several al fresco stages for the city centre, Manchester outdoor theatres are in abundance this year. 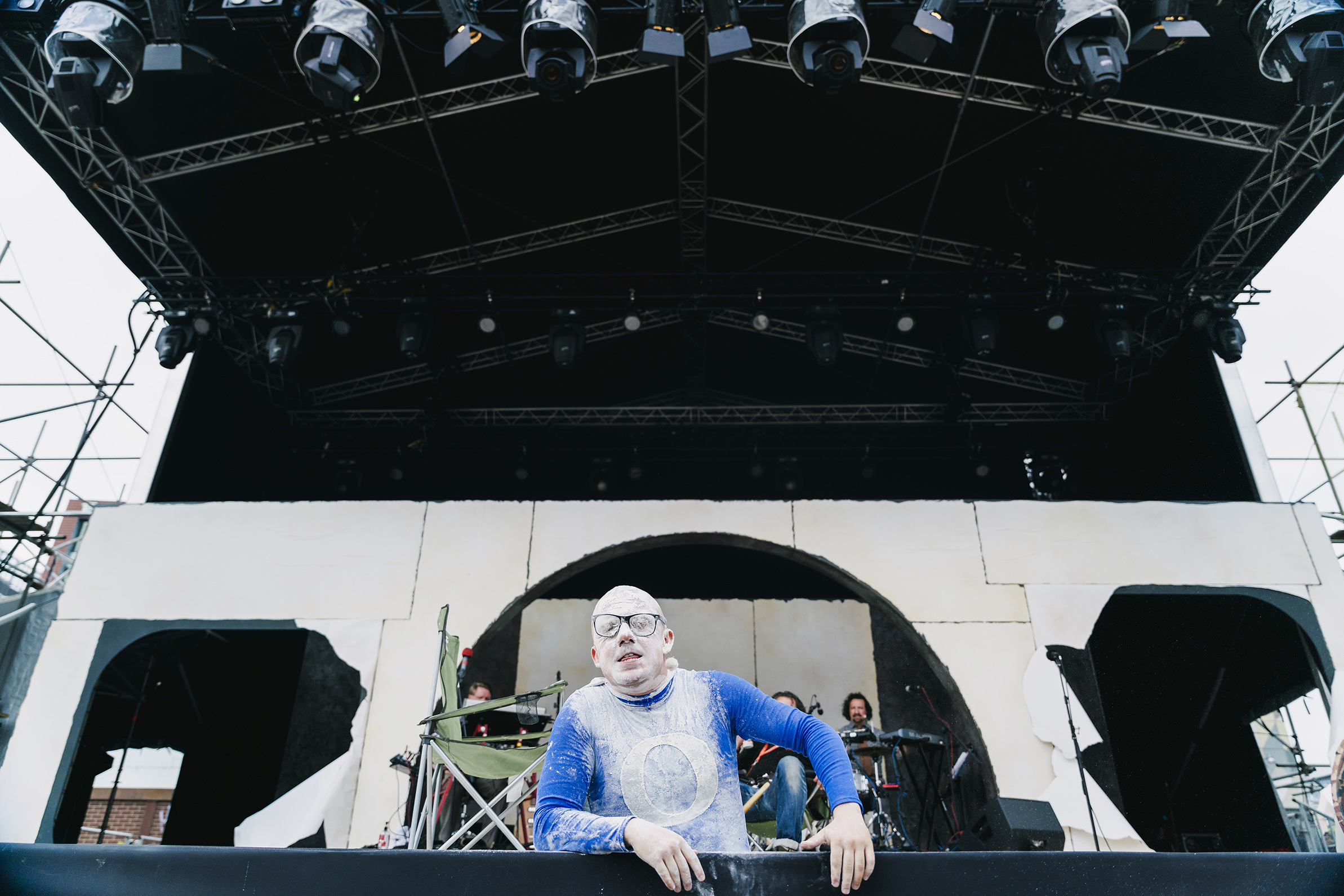 Recently open-air has become far more feasible. Not only has the temperature finally broken through the ‘still pretty cold’ bit, late-May the team behind acclaimed arts centre HOME welcomed their first visitors to the city centre wasteland they’ve converted into a multipurpose venue themed on “a cabinet of curiosities”.

Officially known as Homeground, the space on First Street offers outdoor theatre for audiences of up to 400 at a time. Fittingly, the programme has started with William Shakespeare’s coveted comedy, ‘A Midsummer Night’s Dream’, which finds its own inspiration in ancient Athens — arguably the place where plays under the stars first rose to prominence.

The story itself takes a lead from the wedding plans of Theseus and Hippolyta. For those less familiar with Hellenic mythology, that’s the king-founder of Greece’s millennia-old capital, and queen of the Amazons; a matriarchal society closed to men, where female warrior-hunters raise daughters in their own image. Sons are killed, or sent back to the fathers, who are otherwise only invited to interact for pro-creation. Which is certainly something to think about.

Suffice to say, putting that story against a real world backdrop of 21st Century central Manchester guarantees something special. Not least as Homeground is purposefully keeping things dystopian. Decordia Events’ Cordelia Ashwell was responsible for site design, and previously described the aesthetic as “influenced by scrapyards, the neon graveyard of Las Vegas and remnants of stories that attach themselves to architectural salvage.”

A handful of tickets remain for ‘A Midsummer Night’s Dream’ between now and closing night, 26th June, but we do mean a handful. Thankfully, though, this barely scratches the surface of the city’s forthcoming al fresco performances. From the Quays to southern suburbia, to two other major city centre projects, here are the best Manchester outdoor theatres for summer 2021… 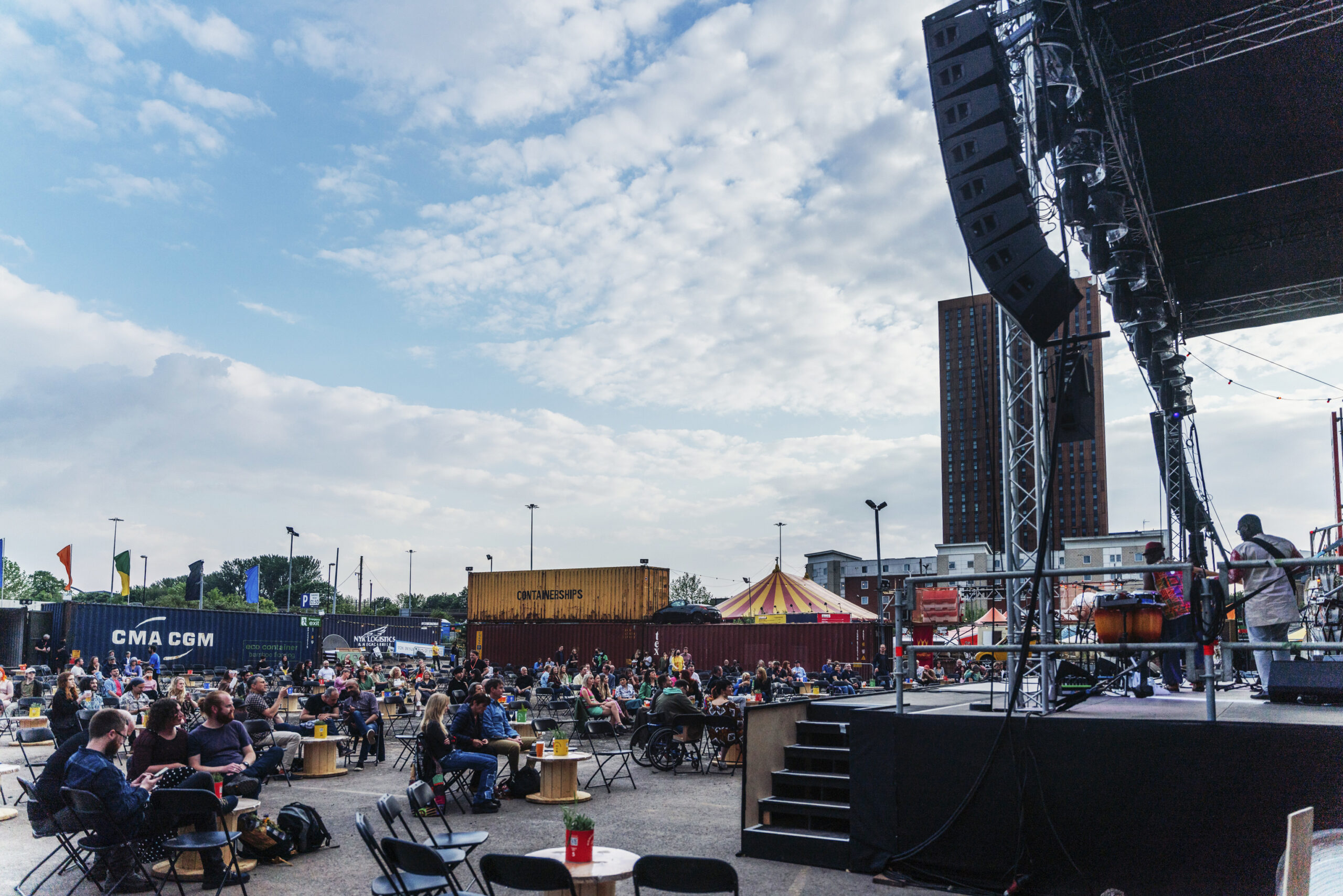 A new summer essential — Homeground
Where? First Street
When? Until mid-August 2021 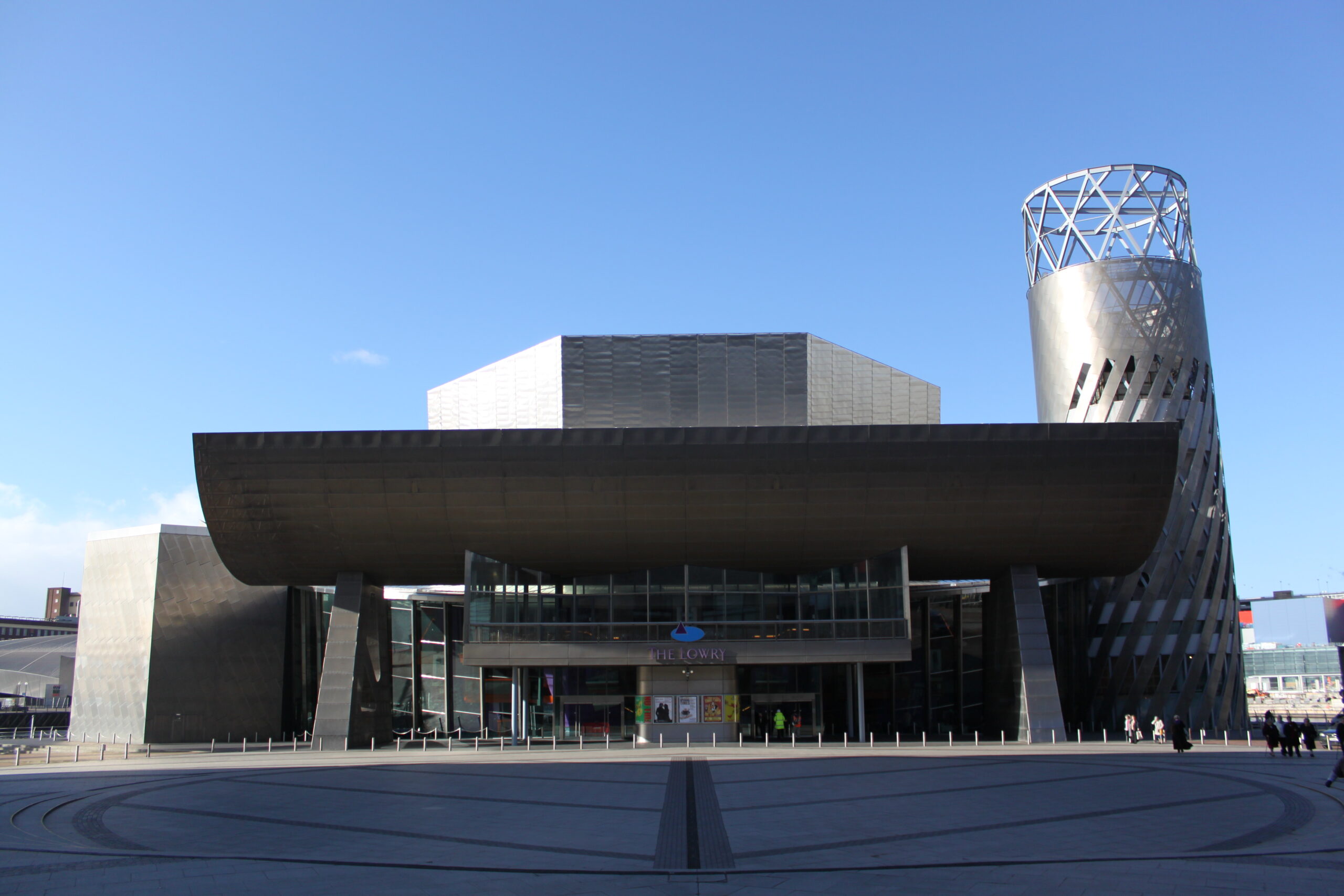 Intimate futurism for the pandemic age — C-o-n-t-a-c-t
Where? Salford Quays and Central Manchester (locations revealed with tickets)
When? Until 29th June

Fans of immersive tech and drama take note. Aria Entertainment, WEF Productions and The Lowry are running ‘C-o-n-t-a-c-t’ for six weeks, with 50-minute shows staggered daily until the end of this month, limited to audiences of 17 people. The piece deals with mental health, guardian angels and anxiety, and involves downloadable audio and a custom app synchronising actors with audiences. If that’s not enough to pique your interest, The Times says it’s a “tantalising vision of a new kind of theatre”, and that lot should know what they’re talking about. 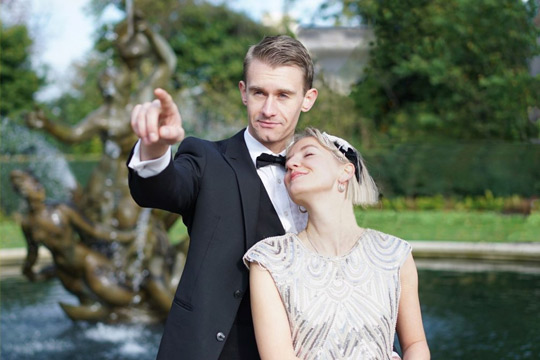 The Roaring Twenties return — The Great Gatsby
Where? Longford Park, Stretford
When? Saturday 12th July Only

Heartbreak Productions invite all Bright Young Things to the M21-M32 borderlands for a decadent one-off take on F. Scott Fitzgerald’s incredible yarn about over-indulgence in a post-pandemic world. Featuring live jazz delivered by a group of actor-musicians, ticket holders are encouraged to practice their finest Charleston moves and don their best period dress for a deep dive into the world of Nick Carraway, an avid storyteller and lead instrumentalist who vividly retells his experiences with infamous party boy and millionaire prohibition-era bootlegger, Jay Gatsby. 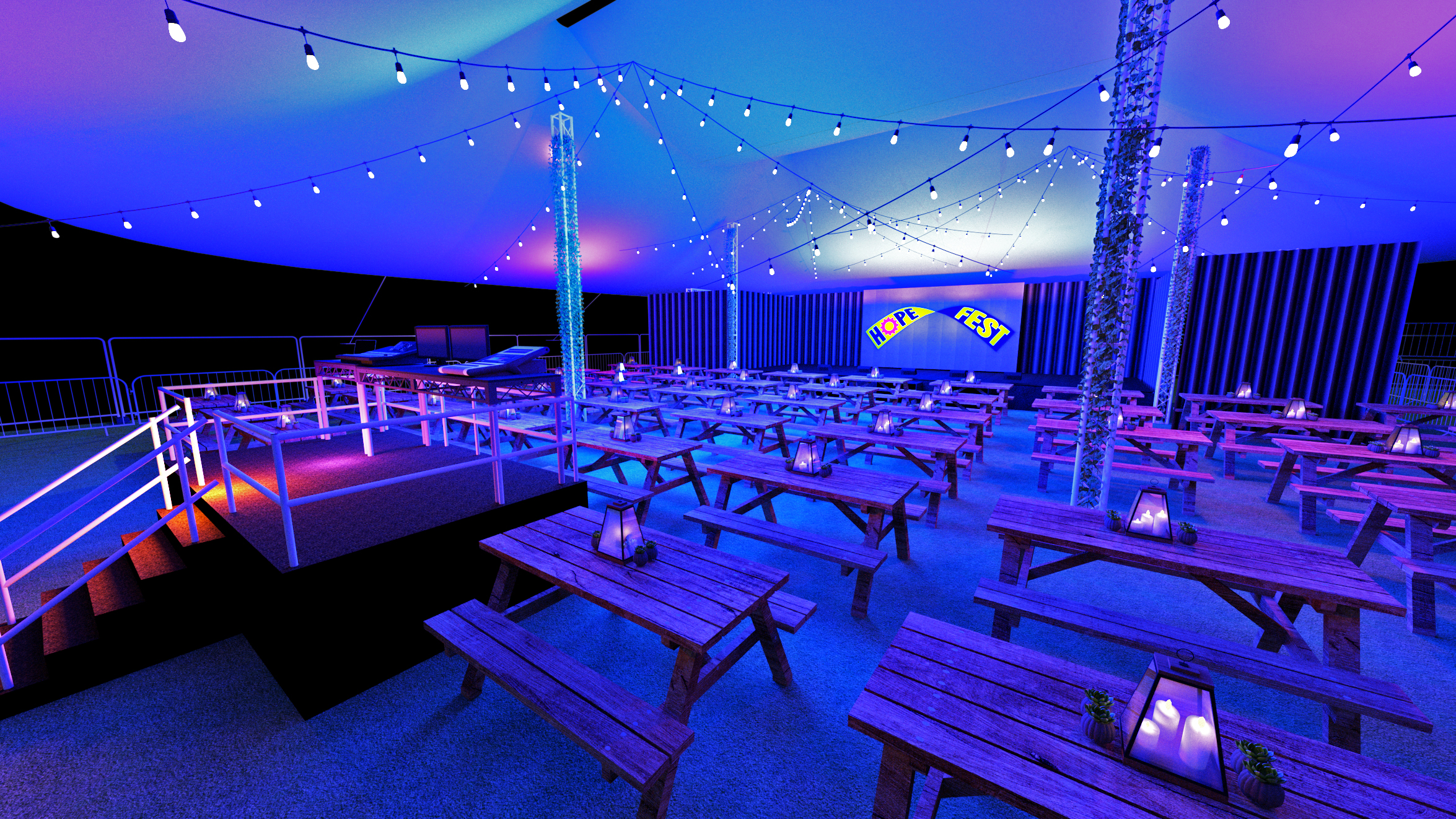 Landmark pop up from a treasured institution — Hope Fest
Where? Ancoats
When? 16th July – 8th August

Hope Mill Theatre is a huge asset to Manchester disguised as a small stage, with the nearby sister address Hope Aria House also a real gem. Despite difficult circumstances currently prevailing, the independent team behind both recently announced a temporary site in Ancoats. On top of dog festivals, film screenings and comedy nights, there will be a significant theatre offering. Hope Mill’s predisposition for musicals will likely guide what’s on, although no programme has been confirmed yet, and tickets are discounted if you’re lucky enough to live in the surrounding area. 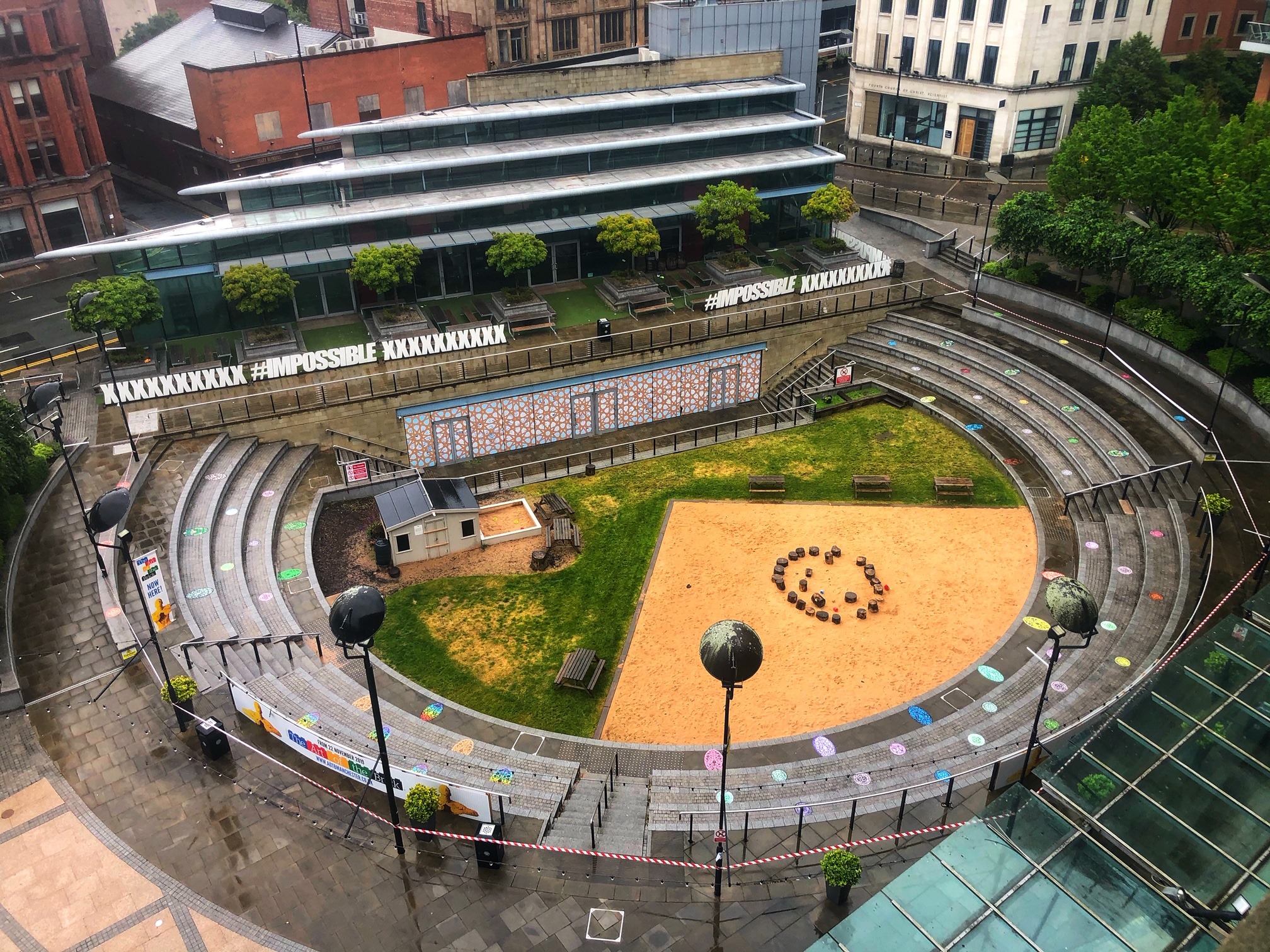 The Goat, Mcr will take over The Great Northern Amphitheatre

Shakespeare beneath the stars — The Goat Mcr
Where? Great Northern Amphitheatre
When? August 2021

Made possible thanks to Arts Council England funding, The Goat Mcr is bringing a brand new production of Shakespeare’s ‘Much Ado About Nothing’ to the city centre’s beating heart. Better yet, tickets are to be sold on a pay-what-you-can basis, and there’s a full three week programme planned overall. Although details are thin on the ground right now (casting calls went out late-May), once open The Bard’s work will take centre stage but organisers are promising a number of visiting productions and interactive workshops to keep you coming back for more.