There are two brand new pieces of online theatre work available to watch now on HOME’s website plus a chance to get involved and showcase work you have created at home.

Applications recently closed for those who found themselves with an abundance of creativity in lockdown and have created a new piece of work. The five successful artists are set to receive £1,000 as well as a split of the box office income and will be available online for all to see very soon.

For now, you can enjoy two new pieces on the website as part of the Homemakers series at HOME which launched in April last year.

Don’t Touch My Hair is a five-minute flashback to one of the finest moments from Hot Brown Honey the extraordinary stage show created by director Lisa Fa’alafi and musical director Kim ‘Busty Beatz Bowers’.

“Don’t Touch My Hair is a reality that many Honeys around the globe have had to deal with. Hot Brown Honey have been performing Don’t Touch My Hair live since 2014 and decided here in the new normal, we have the opportunity to show our live performance in a new artistic way, adding collective voices from authors Emma Dabiri, Phoebe Robinson, Jessica Williams and Sharee Miller to artists Solange and FUPU. Our Hair is personal. Our Hair is political. Our Hair is powerful. Do Not Touch Our Hair. Repetition is key!” – Hot Brown Honey 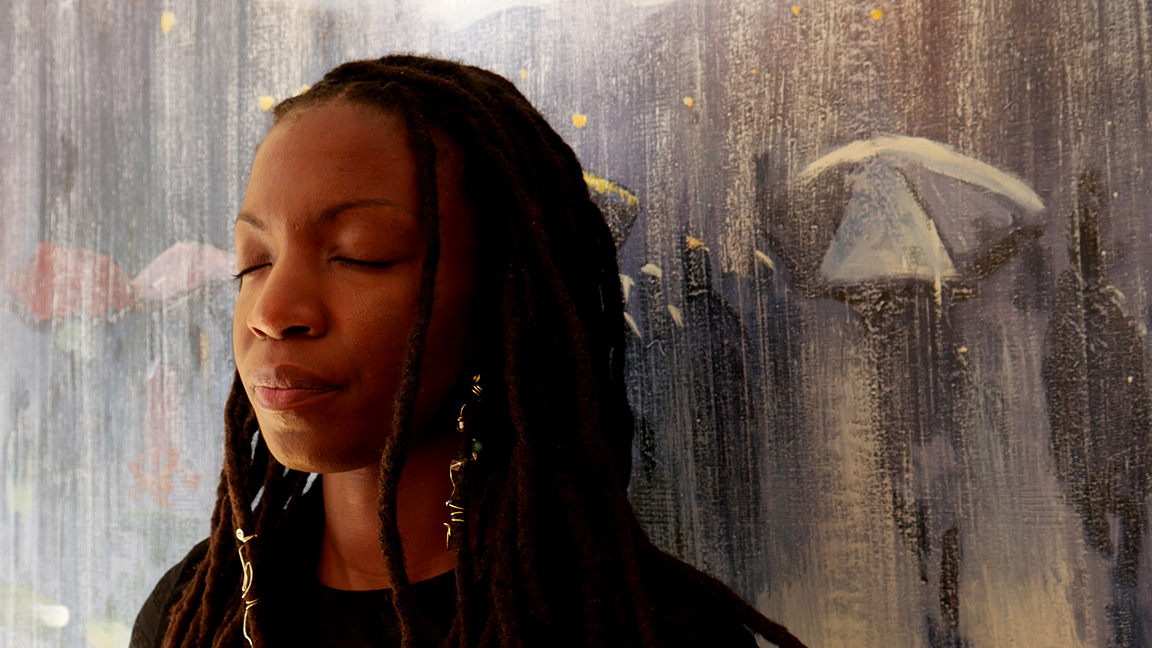 Dear People of No Colour, commissioned by the Abbey Theatre in Dublin, showcases a woman as she prepares for a performance that cannot happen. Esosa Ighodaro is an emerging writer who has been working as a professional actor since 2014.

Dear People of No Colour is a sharp reflection on race and identity and imagines a space where we can breathe together.

“Dear People of No Colour came about as a result of feeling like my viewpoint never got to be expressed in an Irish context. Instead of complaining about not being represented, I decided it was time to represent myself.

In creating the piece I wanted to show a unity between people, and at the same time highlight that it has taken a global pandemic for people of no colour to experience what it feels like as a POC when you are treated like an outsider.” – Esosa Ighodaro

More than 30 new Homemakers’ work has now been commission since the series began from Them’s The Rules a 20-minute film exploring the new truth that often the only way to see a loved one is on a screen.

You can watch them here.