The Men of Letters exhibition runs from February 8th to March 8th at Bolton Museum.

Possibly the largest retrospective exhibition of hand drawn lettering – yes, not a computer in sight or use – opens at Bolton Museum on February 8th. There’s a reason that the lettering is hand drawn. Most of it was produced either pre, or on the cusp of, digital, using pencils, ink and decades of skill. This will be the first time that much of it has been seen.

I knew Phill too, but only in passing. Phill himself died at the tragically young age of 48 more than two decades ago. I hope that I am forgiven for, in this instance, writing just about Tony and his work, with a massive caveat that the exhibition is jointly between these men who loved letters. Phill’s work in the exhibition is equally exceptional.

Tony was originally from Cadishead. He treasured a school report that said, ‘Wastes all his time drawing fancy letters.’ Expecting to leave school and go straight into the local steel works, a scholarship to Salford College of Art – thankfully – reprieved him from that fate.

Although he was only able to complete one year of the two, straitened family circumstances meant that he had to take an apprenticeship at Artel Studios in Manchester, in the 50s and 60s a hotbed of what was then called ‘commercial art.’ Tony’s apprentice wage was £3 per week but, as he later said, ‘I soaked up everything up I saw like blotting paper.’

And soak it up he did, winning 25 international awards for typography, exhibiting widely and having his work featured in dozens of design magazines worldwide. Oh…and inspiring countless students with his teaching. Not to mention his wicked and often eccentric sense of humour. Just one example that I witnessed. For a photoshoot half a dozen five pound notes were invisibly sellotaped onto a roll of blank paper…simulating that the roll itself was all fivers.

Of course, never one to miss an opportunity, Tony brought that ‘roll’ along to the restaurant afterwards, took out a pair of scissors concealed in his pocket and paid the confused restauranteur with fivers ‘snipped off the roll.’ It has to be said that this is a very clean example of his practical joking…most were very inappropriate.

The studio attached to his house in Tyldesley filled up with piles of reference over forty years. Those lucky enough to know Tony well enough to be able to sit and talk type and design with him, had to ease their way through mountains of books, magazines and – most precious – thousands of random pieces of paper on which he had scrawled a letter shape, word or idea.

After Tony’s death his son Dan was inspired to become one of today’s leading typographers…but Dan does digital with the same level of inspiration. Dan also spent eight years clearing out his dad’s studio and carefully cataloguing every treasure. The exhibition is a result of that cataloguing and of help from Phill’s widow Penny.

I’ll leave the last words to Tony, posthumously. “It has always fascinated me that we only have 26 letters. Arranged in the right order they can make you laugh or cry, make you happy or sad, angry or elated.” But of course to fire any of those emotions, Tony added visual beauty to the letters.

Men of Letters runs from February 8th to March 8th at Bolton Museum and has been produced in collaboration with the University of Bolton School of the Arts. 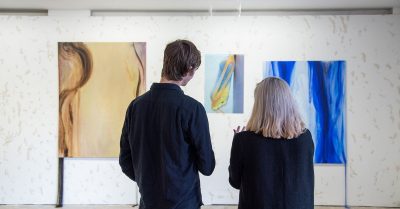 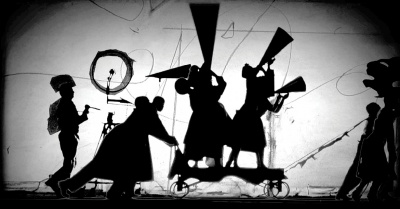 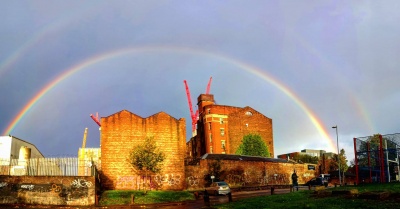