Top 5 LEGO Pieces at ‘Art of the Brick’

After careful consideration and debate, we've picked our favourite art pieces from 'Art of the Brick' at the Great Northern.

Los-Angeles based artist, Nathan Sawaya creates stunning sculptures out of the tiny little toy blocks. We had a look around and picked our favourite ones…

‘Grasp’
A quite profound piece that examines what it feels like to be held back by people. The people in question though are completely anonymous – reflected here by the fact that they are just hands ‘grasping’ at the main red figure. This could be society, or it could be unseen friends or family, but it’s all about trying to escape their grasp and doing what you want to do with life.

The Hugman
The smallest piece in the exhibition, Hugman is only 273 pieces, but they’ve been used to create something that’s rather impressive indeed. Upon arrival in a new city, the Hugman is taken through the streets to famous landmarks or well-known areas – to interact and basically get the word out for the exhibition. He’s kind of like those PR people who give shots out on the street in Magaluf, except he works harder.

Michelangelo’s David
Being able to chisel David out of stone is pretty impressive in itself, especially when the only kind of technology you have at the time is your eye, a bit of metal and a dusty old drawing that’s probably fading with age. I’m also sure that then re-creating the whole thing with little plastic square bricks is also difficult – ensuring that you adhere to proportions and details as accurately as possible. The end result is actually really very impressive indeed.

T-Rex
Nature’s most ferocious carnivore, I highly expect us to hear from scientists in a few years that the T-Rex was in fact only 3ft high, covered in feathers and ate small plants and fauna. Until then though we can still enjoy the version that Jurassic Park has presented to us. This skeleton is just as impressive as the real thing, hoisted up in mid air and as biologically accurate as you can get with 80,000 little Danish bricks.

‘Yellow’
Probably Nathan Sawaya’s most iconic piece, Yellow looks at the human condition, most noticeably the artist’s transition from lawyer to artist. The figure is opening himself up to reveal the art and creativity inside – but the look of pain and anguish on his face reveals that this transition and development is often painful and difficult, perhaps reflecting on Nathan’s very own experiences in life.

The Art of the Brick 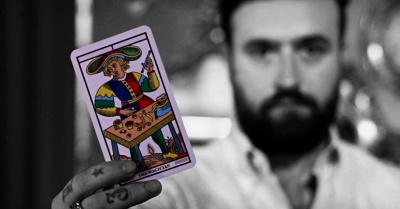