A Winter’s Tale. Thumbs Up at Castlefield Gallery.

Castlefield Gallery's new exhibition, 'Thumbs Up,' combines art and academia in the search for happiness.

The notes to ‘Thumbs Up,’ an exhibition launched this week at Castlefield Gallery, say that the space can often seem cold. It’s a gallery after all. The space is open, the walls are white. Well, usually.

That observation of a ‘cold’ space was all part of the long discussion process which took place between the four exhibiting artists: Michael Beard, Frances Disley, Harry Meadley and Leslie Thompson.

And…academics from the University of Salford on subjects such as psychology, the effects of colour on the brain and horticulture.

So the discussions, which took seven months leading up to the exhibition opening, were a learning process. Four artists learning from different and differing starting points. Disley and Meadley are experienced in spaces, curating and events.

Michael Beard and Leslie Thompson are artists with learning disabilities, working at and with Venture Arts in Hulme. Put all four CVs side by side, scan the list of exhibitions and achievements, it would be impossible, from that information alone, to recognise which two of the four had learning disabilities.

But let’s lead on to the artist introductions made by Venture Arts team members. The first was for Leslie Thompson. Thompson’s self-titled name is Superstar Artist Drawer. And let’s face it, can anybody have ever looked more like a superstar? A sartorial riot that’s just about as damned cool as anybody could be.

The clothes speak of an extrovert and confidence, but the man is inward and struggles to communicate verbally. A struggle which is totally, completely overcome through his drawings. In this case, drawn from memory, animals from a trip to Chester Zoo with his mum in 2010. I don’t feel that I have to comment on these drawings on fabric, occupying the double height space at Castlefield Gallery. Just take a look for yourself, they’re dazzling and expressive.

Meanwhile, waiting for his introduction, Michael Beard’s muted squeals were evident. He wanted his chance to explain his work. Again an introduction from a member of the Venture Arts team, because Michael doesn’t express himself in words. Rather by voiced noise and animated hand and body movements, but which are as clear as clear can be about his work.

He danced around his work, which is overlaid handwriting expressing the words that he can’t articulate himself. This site specific work expresses his passion for travel, in this case New York, with a repeated energy of overlaid line, dragging the eye from left to right, handwriting careering along.

Michael’s ‘unarticulated’ excitement made every single one of us there smile. Job done. So, Castlefield Gallery is far from cold this Winter. And it’s not just the work of Thompson and Beard of course.

Disley has addressed the overall whiteness of the space with washed colour, hand painted cushions (using a colour palette researched by Nike for optimum yoga relaxation) and hand painted lightboxes which emit light designed to simulate sunlight. All researched to involve optimum colours for the enhancement of mood, happiness and wellbeing.

Meadley has created infrared heating panels, carrying images of the artist’s studio and the ‘Thumbs Up,’ symbol, quickly sketched at the end of the research and planning stage. Infrared panels which slowly warm the viewer, encouraging them to stay and look a little longer. Disley has also created (after consultation with the team of course!) the plant displays, which academics cite as being beneficial to wellbeing, with a zen like restorative effect on the brain.

But let’s get back to basics. Castlefield Gallery has come in from the cold. Four artists, Venture Arts team members, curators, academics. All have been involved in this show which does warm you up. (Although it’s a pity that Michael Beard’s delightfully expressed enthusiasm isn’t there every day.)

But his co-artist Leslie really got to the crux of warming up a gallery space in Winter with his own suggestion. Go along to see this heart warming show and you’ll also be offered his favourite drink – a hot chocolate from the new drinks station. A feature which, I’m told, the gallery are considering making permanent. 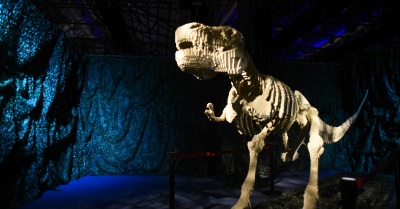