St Patrick is the patron saint of Ireland because he managed to drive all the snakes out of the country with the help of a little flute and some hypnotic dancing.

What the history books don’t tell you is that there were never any snakes in Ireland in the first place, he was just a bloke who sold those awful draft excluders you used to see in your nan’s house in the 80’s and history embellished the rest.

Regardless of what he did or didn’t do, his exploits give people around the world the excuse to get proper decked up on Guinness and Whiskey, act like an idiot and pretend they are Irish due to the fact that their mum once went on a date with Keith Duffy. Here’s our pick of what’s going on in the city this Saturday…

Black Dog Ballroom NQ
Starting from 6pm, Black Dog Ballroom NQ will be hosting a banging St Paddy’s Day party with live music from Crossroads. No, not the awful film starring Britney Spears, or the song that Blazing Squad got to number 1 in 2003 – Crossroads – a band that presumably play those Irish songs that you’d associate with a packed bar in Dublin. Once again Jameson will be on the scene, banging out the cocktails and whiskey, and with the place closing at 4am, it gives you plenty of time to perfect that ‘Drunk Irish Idiot’ impression you’ve been practicing.

Mulligans
Old bloke and footy fan favourite Mulligan’s will be offering a majestic line up in celebration of their patron saint including Live Music over its two floors all day on Saturday. Expect plenty of drums, little guitars, and repetitive tunes about red-haired women who live down the road and refuse to drop their knickers.

MOJO
The party is always pumping at Mojos – as anyone who has been in here after work, got on a table and danced like a prized bellend can testify. The craic will be out in full force this St Patrick’s Day too with a special drinks menu being put on by Jameson Whiskey, so you can expect a right messy hangover on Sunday and a mouth that tastes of too much ginger.

O’Shea’s
The good people over at O’Sheas have personally guaranteed that you will experience the best atmosphere in Manchester on St Paddy’s Day, and I’m inclined to believe them. Starting at 12pm they will be belting out traditional Irish tunes for hours while you sup your Guinness and Bulmer’s snake bite. Entrance is free during the day, but in the evening – you’re going to need a ticket. They’ve all sold out but there will still be a limited number available on the day so don’t despair.

Sandinista
This place, tucked down that side alley thing between Cross Street and St Annes Square is the perfect place for a drink after work and to dive into some tapas to keep you going. The tunes are very reliable and there’s always a decent crowd. This St Paddy’s they’ll also be offering a beer and a shot of Jameson for only £6. If you’re not steaming after 4 – well done. Now go have some more. Responsibly though obviously.

Bar Pop
Canal Street staple Bar Pop can always guarantee you a bloody good knees-up and they never shy away from a biggie when St. Paddy rolls into town. This year, as with most years, they’ll be offering up some FREE Irish stew, made by the landlord himself using his traditional family recipe. Nice. Not only this, but the entire drag team will also be doing a proper bit of Irish dancing for your enjoyment while you tuck in.

Waxy O’Connors
As you’d expect from the city’s busiest Irish bar, this warren of wood and booze is hosting a massive St. Paddy’s party that everyone and their dog is invited to. Don’t bring your dog though – it won’t get in. Starting at half 12 they’ll be putting the rugby on, with live music then starting at 4. They’ve got a bunch of Irish sounding names knocking about including Aisling McAteer, Liffery Street and Quare Craic – probably all using them silly little guitars and the spoons.

South
Clint Boon heads up South nightclub every Saturday so it’s only natural that they’ve decided to add a bit of green and some 4-leaf clovers to the flyer and themed it for St. Patrick’s Day. I don’t think there will be anything else different about the night except this flyer, so you can go in safe in the knowledge that there will still be loads of Stone Roses tunes, some terrible haircuts and too many pairs of Adidas Gazelles.

Hold Fast
Jameson are going to be proper busy this Saturday – they seem to be cornering the whole market on St. Patrick’s Day and so you can include Hold Fast on the list of places where you can get some of the Irish Whiskey and get in the mood. They will be offering plenty of cheap shots and cocktails, as well as live music from 6 till 9pm. The Irish festivities will then be followed by legendary 80’s night Scary Monsters.

Joshua Brooks
Get prepared for a special day of epic proportions over at Joshua Brooks – they’re having an Always Sunny in Philadelphia day with special cocktails, shots, and hopefully tonnes of Rum Ham. I’m particularly intrigued by their ‘Dennis’ cocktail for £4. It’s a mix of gin, lemonade and grenadine which I’m sure would transform me right back into being a kid in Tenerife and banging through a bottle of grenadine a day.

Hard Rock Cafe
They always seem to go all-out on St. Paddy’s Day, which is a bit weird considering Hard Rock Cafe is an American themed place. Or is it? I don’t know really. I suppose it’s a music themed place – and with around 35 Eurovision wins (and B*Witched) – the Irish know their music. They are making a special St Paddy’s Guinness Bacon Cheeseburger which you can get for half price between 11am and 2pm on St. Patrick’s Day. Only if you’re Irish though – everyone else will have to pay full price I’m afraid.

Chorlton Irish Club
Good old Chorlton Irish Club. Expect doors to open at 12pm, followed by a bit of Six Nations, traditional Irish Music with Grace Kelly and friends. Expect loads of Irish dancing and plenty of Irish stew getting served up all evening. You can’t really get any more Irish than this place at the best of times, so St Paddy’s Day will feel like Father Ted has gone to the Guinness Factory while listening to U2 and eating a potato. Entry is free before 10pm, then £5 after.

The Shamrock
The Shamrock is a proper great little boozer located just off Oldham Street in Ancoats. You should head down any chance you get, but they’ve also got a packed day planned for St Patrick’s Day as you’d expect. The party will start around 12pm with music and food getting put on all day. They also have live music from Araby Folk from 9pm. 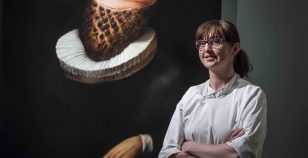 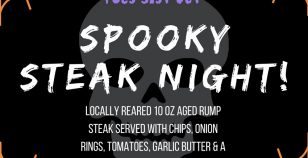 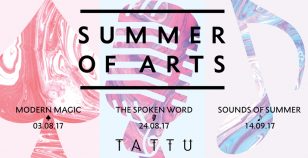