Now I bet you’ve heard of Izzie Walsh before.

She is a Mancunian born and bred singer-songwriter known for her modern approach to the country and western genre. Izzie and her band have been transforming the UK’s stages into Tennessee front porches and we love her for it.

Another thing Izzie is well seasoned in is hosting open mic nights across the city. Izzie is a fantastic host who isn’t afraid to get up there herself and play a couple of her songs. As you will see from the video above – she has the voice of an angel too.

All you have to do if you want to take part is come on down to Bay Horse every Thursday from 8 pm, sign up and have a little sing-song.

If you want to just pop-by to enjoy the music, that is totally fine too. While you are there you can enjoy a frosty pint and get a pie (with chips or mash) for just £6 and £5 double gin and tonics until 10 pm. What more could you possibly want?

Although the open mic is in full swing, Bay Horse is throwing an official launch party on Thursday 7th March. Izzie will be there and so with Camden Brewery who will be providing some beers – so it looks like we’ll be there too.

You’re all invited so it doesn’t matter if you have the voice of an angel or sound like that guy who sung The Earth song on X-Factor that time, come on down and join in the fun. 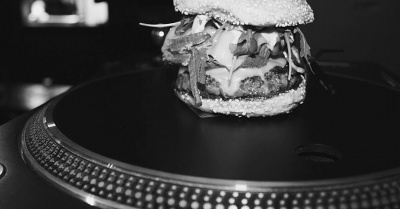