It's time to get a taste of Italy in the Northern Quarter and tuck into some giant Arancino... 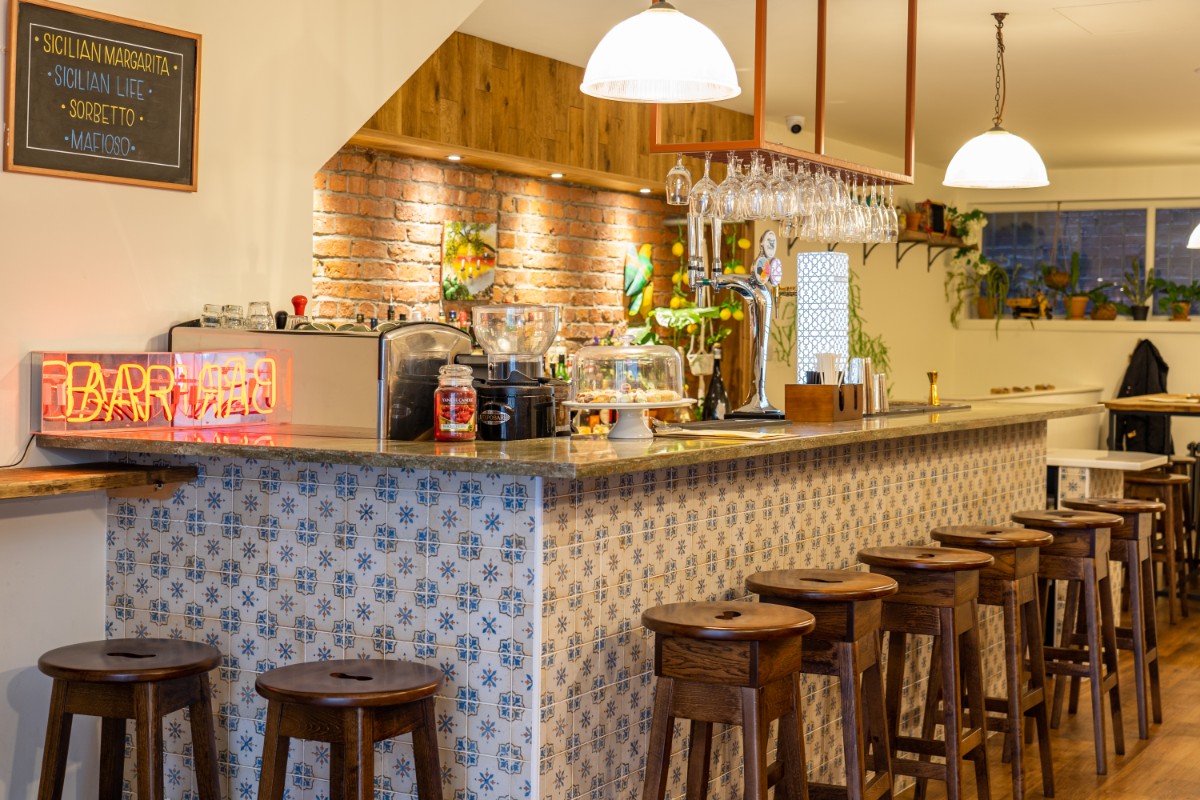 Arancino is described to be an ‘edible artefact’ of the Italian island’s history with origins stemming from Greek cheese, Arabian saffron and rice and French-style slow-cooked, ragu meat. Then add some Spanish tomatoes and you’ve got what we now love to be Arancini.

The story behind arancini is actually of royal origins – or so the story goes at least!

Frederick II of Swabia and the King of Sicily was thought to be responsible for the original Arancino. A keen hunter with a big old appetite, our Freddie wanted a well-rounded meal for when he was on the prowl.

And so the self-contained meal that was both portable and edible hot or cold stuffed with rice and anything else in the hollow centre proved to be a pretty filling and nutritious snack. 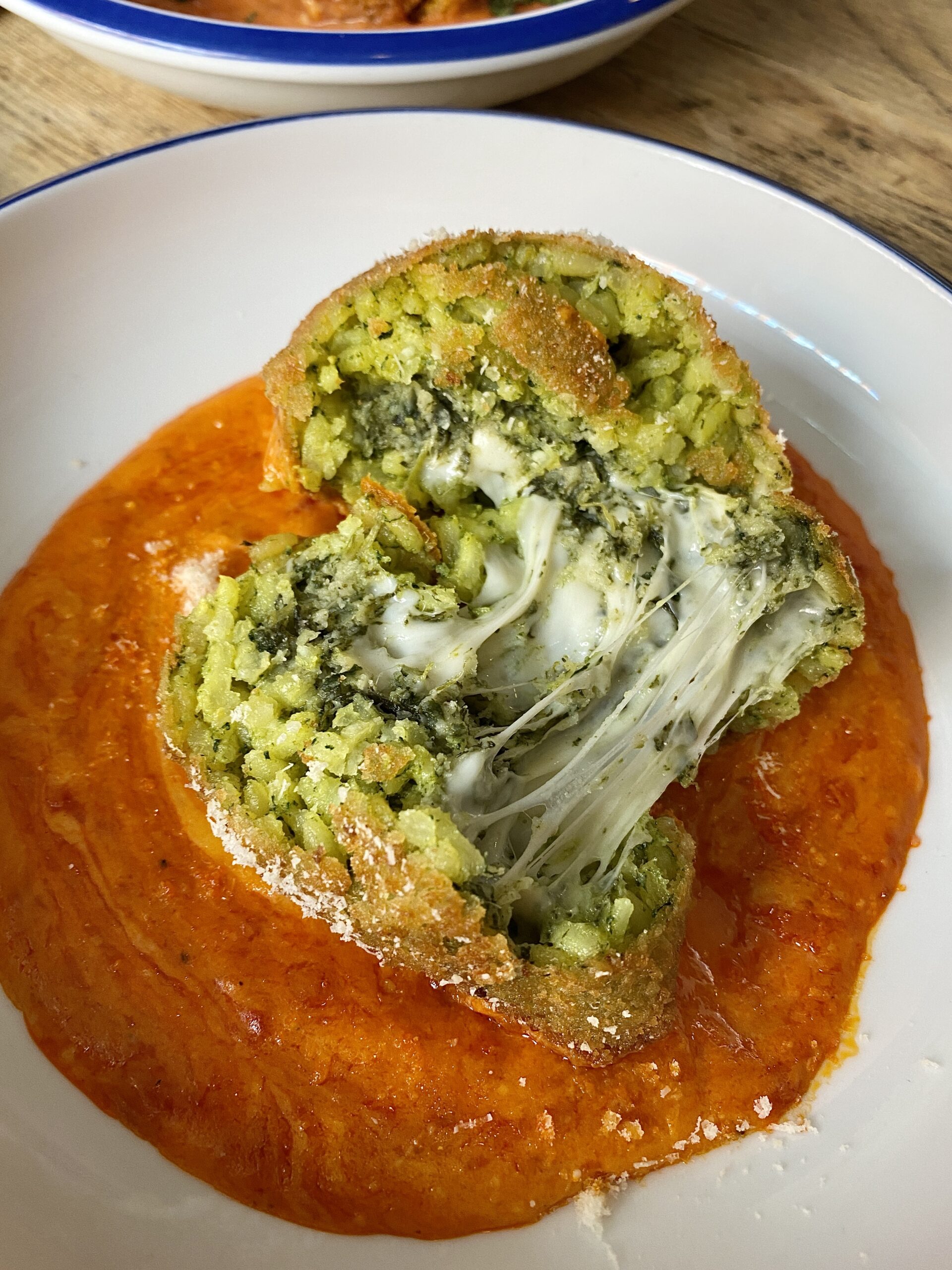 Sicilian NQ has five – YES FIVE! – different Arancini on the menu as well as a new Swordfish special dish. 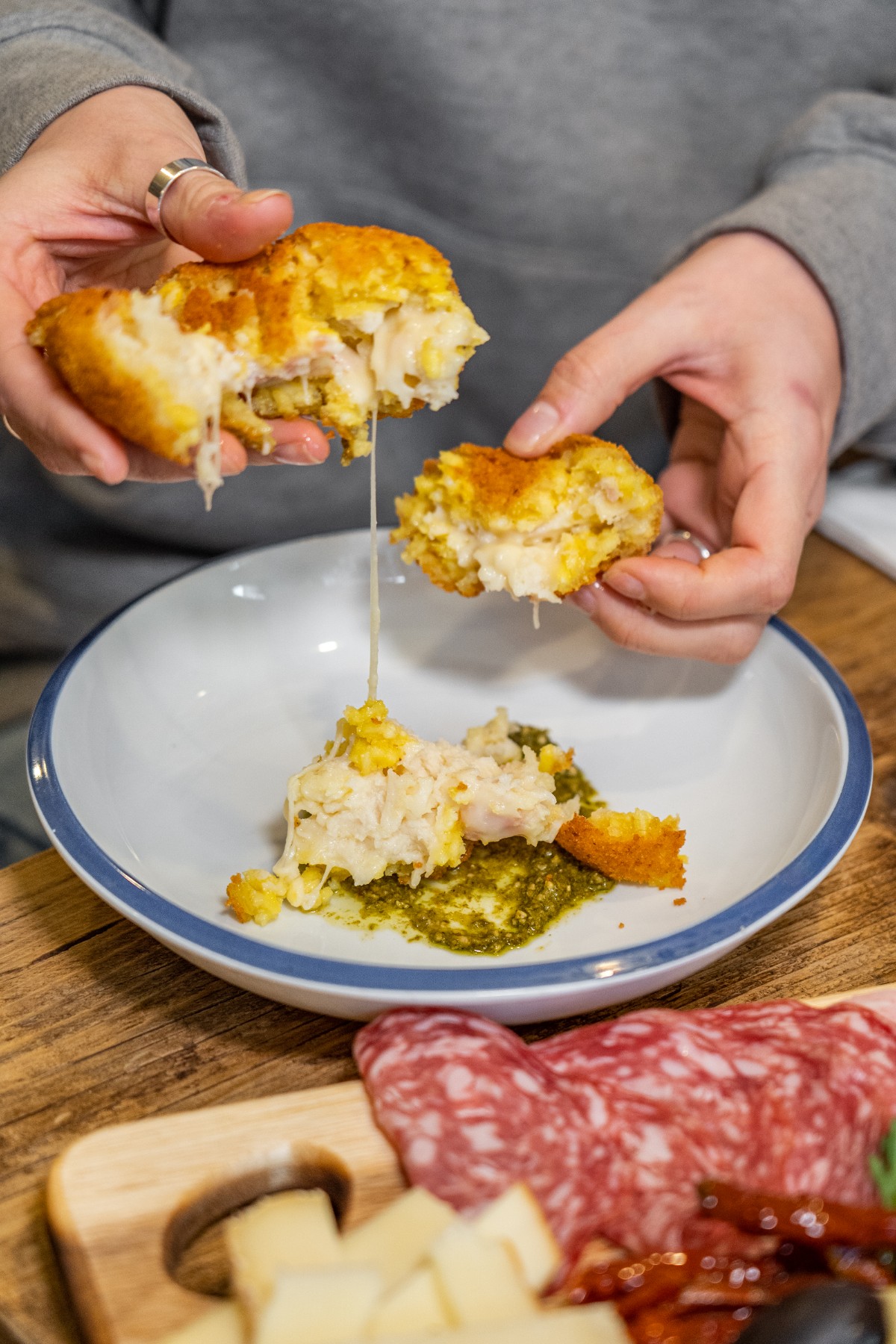 Sicilian NQs Mount Etna Arancino will set you back just £7. It’s got a melting middle of slow-cooked ragu and cheese served in their special homemade sauce.

If you fancy going for something larger, there are plenty of traditional and authentic Sicilian pasta plates on the menu too. 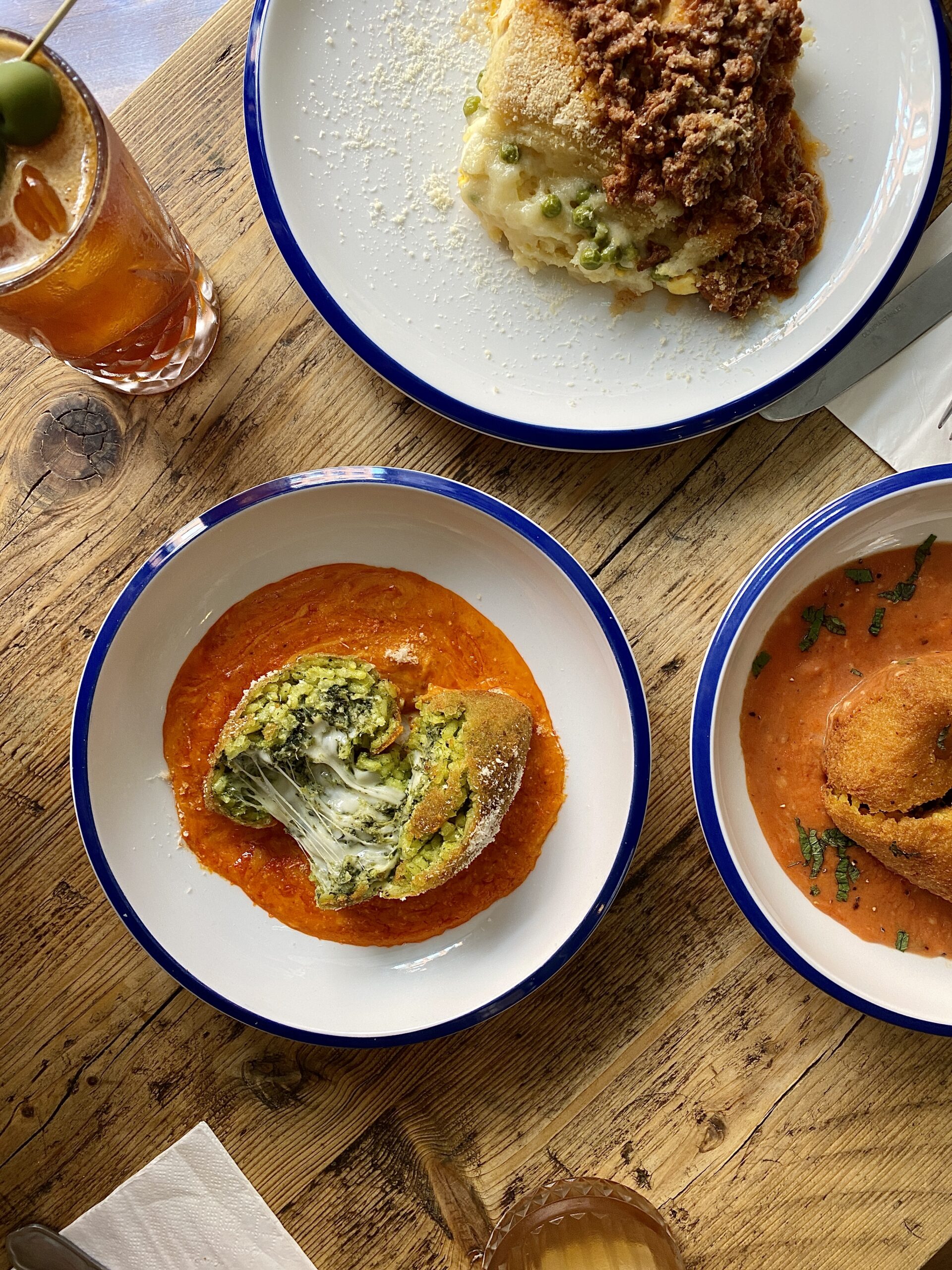 Including Gatto Di Patate (£12) which literally translates to potato cake.

This dish is a traditional Italian meaty and creamy potato dish. I absolutely don’t want to do this dish a dis-favour, however, I can liken the taste to a cottage pie complete with creamy mash with a golden top and beef with peas.

Of course, being Italian this dish is absolutely a million times more delicious than any cottage pie could ever be but the basic ingredients are all there.

The melt-in-your-mouth slow-cooked ragu was covered in a luxurious tomato-based sauce with plenty of parmesan grated on the top. 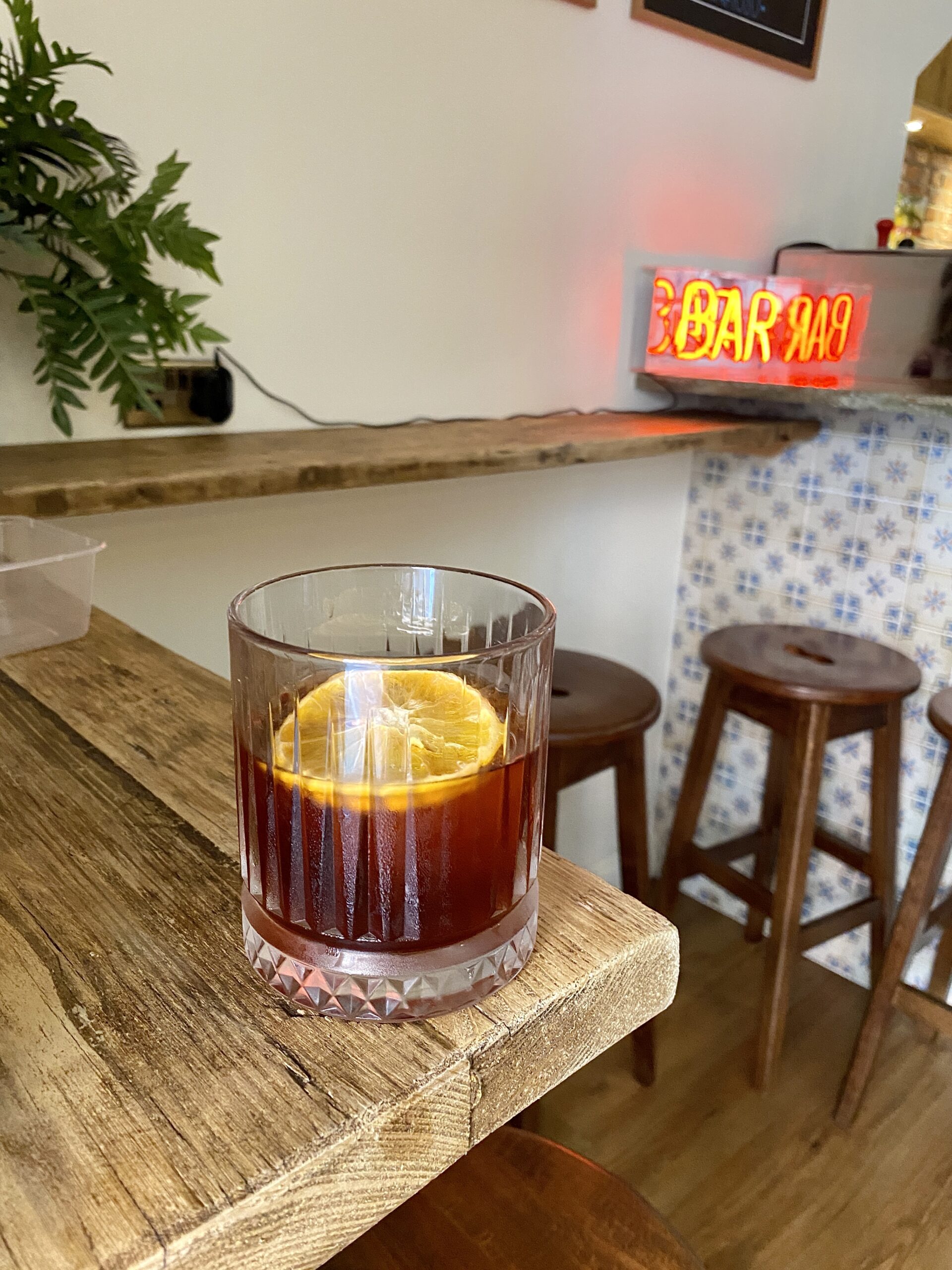 Of course, no night out in Italiana is complete without some delicious cocktails!

A traditional herbal Sicilian liqueur, Amaro, famous for its bittersweet taste is found in many of Sicilian NQ’s cocktails and it is absolutely delicious!

There’s even a vegan ‘Cosa Nostra’ made with rose, aqua faba, Frangelico, honey, orange completed with a dusting of dehydrated berries. 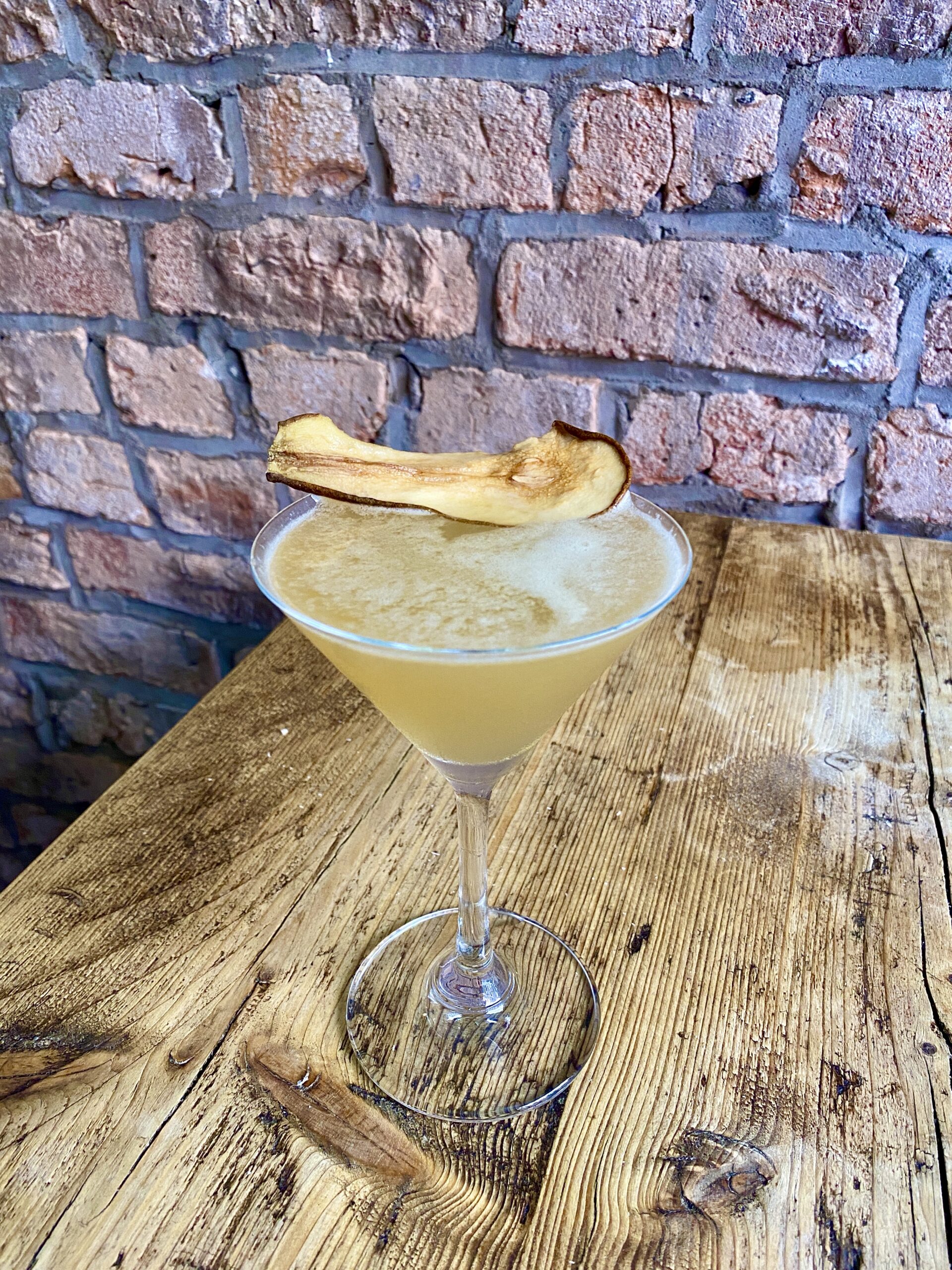 The most refreshing cocktail I’ve ever tasted though is easily the ‘Mafioso’ made with brandy, a mixture of lemon and lime juice, a drizzle of honey, peach liqueur and topped with a dehydrated pear.

You’ll get whiff of pear as you pick up the drink and then be hit with the seriously refreshing mix of lemon and lime juice. It’s the perfect drink to cleanse your palette before or after your dinner. 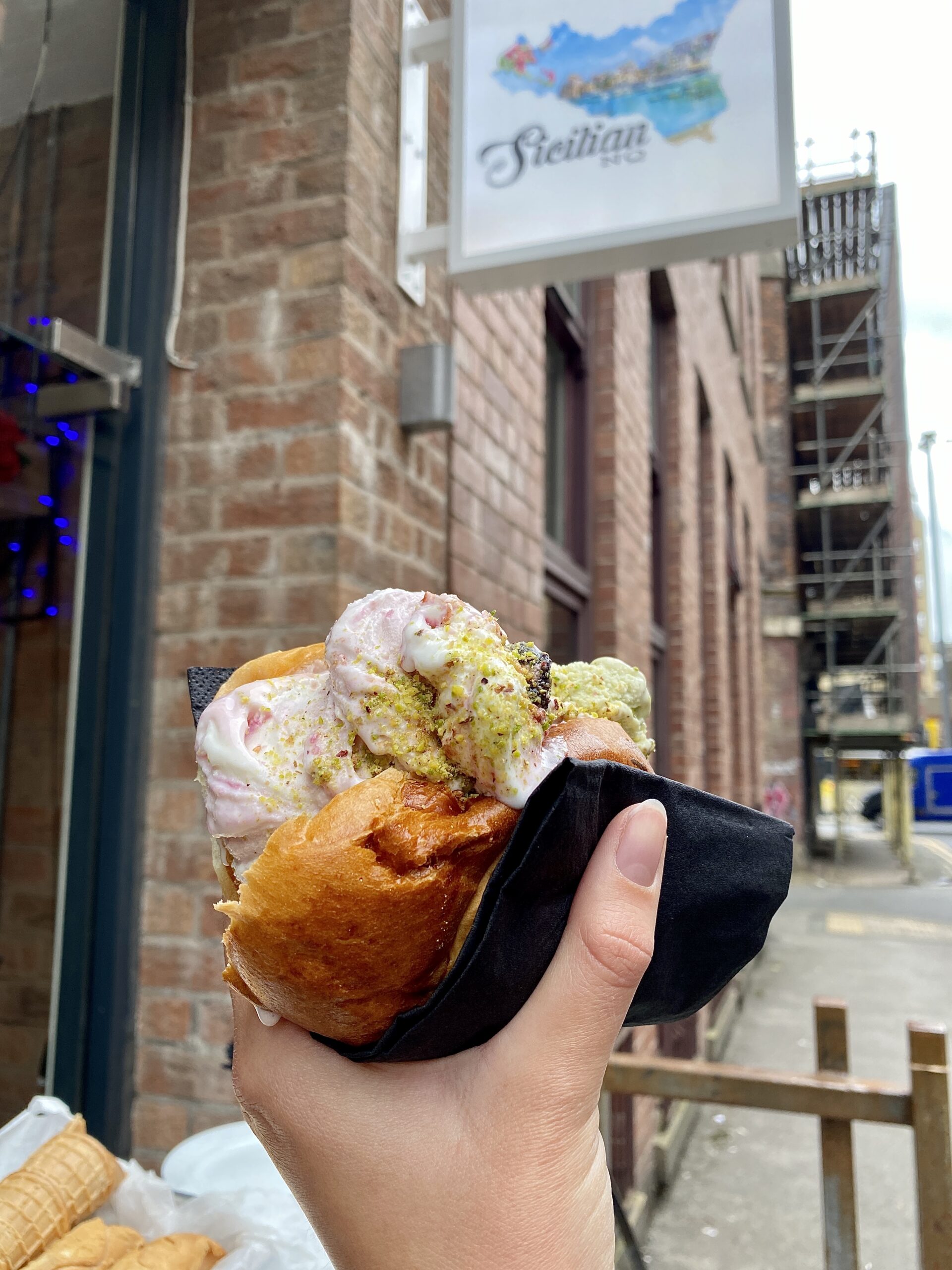 PS – there’s even gelato imported all the way from Sicily!