Hawksmoor launch first new cocktail list in nearly a decade (so we drank most of them!)

This week sees Hawksmoor launch a new cocktail list, their first since opening in 2006.

I’m pretty sure by now that you know that Hawksmoor is one of the city’s best restaurants. Not only do they serve up arguably the best steaks in Manchester, but their selection of indulgent sides and burgers are absolute gastronomic joy.

What you might not know is that each Hawksmoor location also features a bar with an extensive cocktail menu and a selection of absolutely brilliant Bar Snacks, including their delightful Short Rib Nuggets and of course – those Oysters!

Well, their cocktail menu has remained untouched for nearly a decade – until now. This week they’ve launched a brand-new menu featuring 26 new drinks designed by a world-class team of bartenders led by Liam Davy (Head of Bars) and Nick Strangeway – creator of the original list back in 2006.

They’ve completely re-vamped the menu, offering a simpler approach that hides a range of complex techniques and ingredients – creating something that’s new, innovative but also much more accessible to us regular people.

The new list is divided into five sections, each with their own characteristics and luckily for me, I got to try a fair few of them…

The first set of cocktails you’ll see in the menu will all be of the fizzy variety – my favourite! There’s oodles of Prosecco, Soda and of course, booze knocking about here with my stand-out being the Ginza Highball (£10), a refreshing and delicate love letter to old school Tokyo cocktail bars with a splash of Empirical Spirits’ koji and kombucha-laced Fallen Pony, English verjus and lemon verbena. What’s Verbena I hear you ask?! It’s a plant – so expect some floral notes in this beauty.

I also got to try the brilliant Sour-Cherry Americano (£8.50) which was like drinking the little cherry out of Haribo Tangfastics. In other words – fit AF. It’s laced with Belsazar Vermouth, Campari, Cherry Juice and finished off with Soda.

Perhaps the most ‘fun’ section of the cocktail list, the team at Hawksmoor have gone all the way back to the 80’s to revive and reinvent some of those long-forgotten and often misunderstood cocktails from yonder. You’ll find their version of a true classic in the form of the Harvey Wallbanger Jnr (£10) – a mix of Vodka, Mandarin Shrub, Lemon, Vanilla and Soda.

Finally, if I didn’t mention this next drink then I think I’d be doing you a massive disservice. The Apple Martini (£10.50) is a Scrubs-inspired Appletini that comes loaded with some serious ingredients to create something that’s refreshing, strong and absolutely out of this world.

Next up is the Hawksmoor Classics – a showcase of favourites from previous years that have been given a bit of a spruce up and a refresh. For example, The Full-Fat Old Fashioned is now the Fuller-Fat Old Fashioned, which still requires a painstaking process of infusing butter into bourbon in a water bath, but now has the added luxury of beurre noisette and a hint of the cigar box courtesy of sandalwood and cedar oil.

My favourite cocktail from the whole menu is in this section too – the Grapefruit Sgroppino (£9.50), a slushy upgrade to the old Hawksmoor Grapefruit Picador. They take some Altos Tequila and mix it with a Lime Sorbet and Grapefruit and then add Pink Salt. It’s like a margarita but 100x better. I drank three.

This section takes inspiration from the 5 favourite places in the UK for Hawksmoor; London, Manchester and Edinburgh – home of their restaurants, as well as Hepple in the Northumbrian Moors and Brogdale in Kent.

Hepple because this is where Nick Strangeway (creator of the original cocktail menu remember?) helps make gin and vodka using foraged moorland botanicals and Brogdale because it’s home to the National Fruit Collection – home of unusual varieties of fruit preserved for future generations.

The Manchester inspired drink is a real stand-out; the TR6 Sidecar (£13) which comes with Laubade VSOP Armagnac, Bee Pollen, Salted Raw Honey and Lemon Juice. The whole glass is doused in some kind of fragrant powder – I was told what it was but was a little too squiffy by this point to remember. I highly recommend this beaut though.

Finally, the Temperates section towards the back of the menu is described as ‘What to drink when you’re not drinking’ – so of course – non-alcoholic alternatives. Don’t let this put you off though – there’s still a huge amount of effort and experimentation that’s gone into these drinks, meaning if you’re off the sauce then you’re not missing out.

There’s the Mother Mule (£6), a booze-free take on a Moscow Mule made with Mother Root, a delicious ginger drinking vinegar made in South London an Earl Grey Iced Tea (£4.50), and a non-alcoholic version of the aforementioned Sour-Cherry Americano (£6.00).

So there you have it – the first new cocktail list in just under a decade over at Hawksmoor. You know their food is fantastic, now is the time to check out their cocktails too. 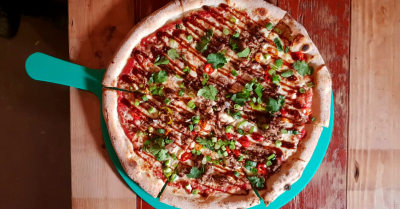 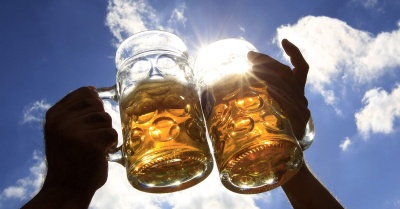