The Liars Club: Home of the Rarest Rums in Manchester…

It's the next big thing - and you won't find better rums anywhere else in the city.

At the moment the word on the street is that rum is set to be “the next big thing” – what with LOADS of new, local batch producers popping up all over the place.

Brands such as Diablesse, Salford Rum and Pineapple Grenade are all fantastic, but sometimes you want something a bit more exotic, a bit more traditional and a bit more… special.

So, I headed down to The Liars Club last week and demanded (nicely) to see their rarest (and best rums) and this is what I got…

Forsyth’s WP 502 White Jamaican Pure Single Rum
The Worthy Park (WP) distillery was the first ever rum producer in Jamaica but sadly closed back in the 50’s. It reopened again in 2005 with some state-of-the-art technology and a brand-new distillery and have produced this – the Forsyth’s WP 502 – an excellent white rum that’s made with 3-month old fermented molasses. This gives the rum a unique and frankly quite outstanding flavour – with plenty of Jamaican ‘funk’ to get you happily on your way. It’s naturally sweet, thick and with a hint of toasted coconut. Lovely stuff.

Santa Teresa Rhum Orange
A rum hailing from the rather troubled (of late) country of Venezuela – this beauty stems from a distillery that has over 200 years of history and heritage – so they certainly know what they’re doing. They take their 2-year-old Venezuelan rum and add to it the maceration (softening using a liquid) of Valencia orange peels. First it goes a bright orange colour and then it starts to smell like candied oranges and then finally the depth and sweetness permeates throughout the whole mouthfeel of the rum. It’s very easy to drink on its own this – almost too bloody easy.

Clairin Communal – Blend des Quatre Communes
A Haitian rum (hence all of the French), this is a blend of 4 unique rums all made with the help of no herbicides or pesticides and fermented using only natural yeasts. The closest thing you’ll get to a truly ‘natural’ rum, Clairin is pretty much exactly what you’d expect rum to taste like 200 years ago – before modern farming and techniques came in. The flavours coming out of the bottle are intense and complex – meaning this is a rum that every ‘aficionado’ just has to try.

Compagnie Des Indes – Tricorne
Looking like something a pirate would have in his bathroom, Compagnie des Indes is the blending of three types of rum that are found around the world. There’s sugar cane juice (Trinidad), Molasses (Jamaica) and Batavia Arrack (Indonesia). Yep, that’s right – Indonesia. Each one comes together to create a strong, powerful and highly flavoursome white rum – which isn’t too sweet and has a surprisingly spicy finish.

Bacardi Reserva Limitada (Founder’s Blend)
This rum was originally created as a personalized blend for the Bacardi family in honour of Bacardi founder Don Facundo Bacardi Massó back in 2003 and proved so popular that they’ve rolled it out ever since. Retailing at around £130 a bottle – this stuff is serious, a blend of the finest Bacardi rums all aged in oak barrels for between 10 and 16 years. It’s won LOADS of awards and could be easily crowned the Bacardi family’s greatest achievement in the field of rum.

Ron Barceló Imperial
Julian Barcelo founded Ron Barceló in 1930 in the city of Santo Domingo in the Dominican Republic and since then has been smashing out some outstanding rums. The first super-premium rum to hit the shelves in the country – Imperial was launched in 1980 and still enjoys some serious kudos today. They use the purest water available to create the rum, aging it for between 4 and 10 years before it’s perfect – finally creating a flavour that’ll leave you begging for more like a little kitten with an empty saucer of milk.

Trois Rivieres Cuvee de L’Ocean
A bit of a weird one this – and I’m not just talking about the milky blue bottle it comes in. Trois Rivieres Cuvee de L’Ocean is made using sugar cane grown on the tiny island of Martinique – right on the Atlantic Ocean. As a result, the cane gives a certain ‘coastal kick’ to the unaged rum – adding a saltiness to the sweet flavours. It’s very unique and very tasty indeed.

Goslings Family Reserve Old Rum
Made in Bermuda by yep, the Gosling family, this reserve is a cocktail of rums aged between a massive 16-20 years – what the family call their ‘Bermuda Blend’. You probably won’t find an older rum anywhere else in the city to be fair, unless your granddad has a bottle of Lamb’s in his cellar from 1974 that he forgot about because he got hammered watching Liverpool win the FA Cup. It’s a proper rum drinker’s rum – so if you like your rum dark, strong and bitter – this one’s for you. 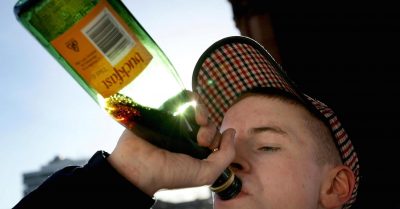 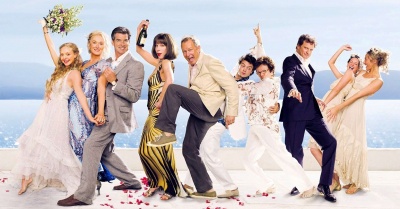 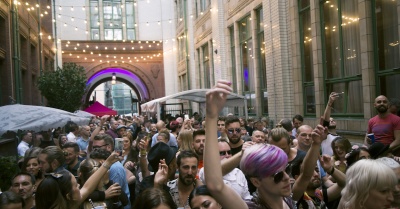