This is Manchester’s BEST potato (and you need to try it!)

There was a time, when I was around 7 years old, when me mam would send me down to the Green Grocers (the one on Ripponden Road next to Cellar 5) to buy potatoes. This was no single event – for some reason it was every couple of days. Quite why she couldn’t just do it herself still eludes me.

Anyway, seeing those big bags of potatoes – covered in dirt and smelling like some boots after a game of footy – I’ve always had a super special place in my belly for them. I should probably give a big shout out to Sir Walter Raleigh for bringing them back from the New World – what a top lad.

I mean, there’s nothing that can’t be done with a potato. You can fry it, you can boil it, you can mash it, you can stick it in a stew. They’re versatile and no British dinner plate is truly complete without them on there in some form or another.

So, this leads perfectly onto THIS potato. A potato that is certainly the BEST potato I’ve ever tasted. Bold claims indeed but Chef Julian Pizer at Edinburgh Castle has done something extremely special with the humble spud – and you’re not going to want to miss out.

This Hasselback (£5) creation is their attempt at cooking the ULTIMATE Roast Potato – and they’ve pretty much completed it.

First of all, they make a tea from roasted hay (from the pet shop), malt vinegar and sea salt. Setting that aside they then take a lovely Red Rooster potato and slice it thinly in the hasselback way that you’ve seen on all of those viral videos on YouTube.

When I asked Julian about the potato he used, he was keen to point out that he’d tried pretty much every single potato he could get his hands on but these ones “gave us the best sugar and starch ratio to achieve maximum crispiness.” It’s that sort of dedication that gets me excited.

The next step is the take the sliced potato and vacuum bag it with the concentrated tea – and then cook until tender. It’s then roasted in ‘beurre noisette’ until golden and crispy. What does that mean I hear you ask?! Well, it’s cooked butter, sometimes known as brown butter – and it’s fucking spectacular.

Finally, they serve up the potato on a bed of buttermilk dressing dusted in leek ash with a sharp black garlic puree.

I’ve certainly eaten a lot of potatoes in my day and I can assure you – you HAVE TO try this one. You’ll probably see me there eating my 6th of the day – don’t let me get too carried away please. 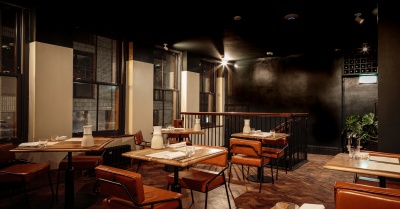 NEW OPENING: The historic Edinburgh Castle Pub opens its doors to their… 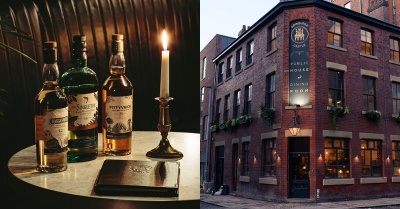 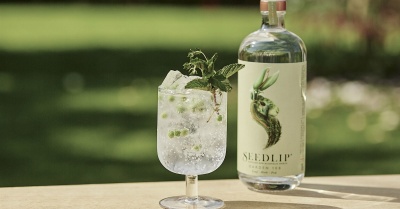