These truly are the city's poshest kebabs... 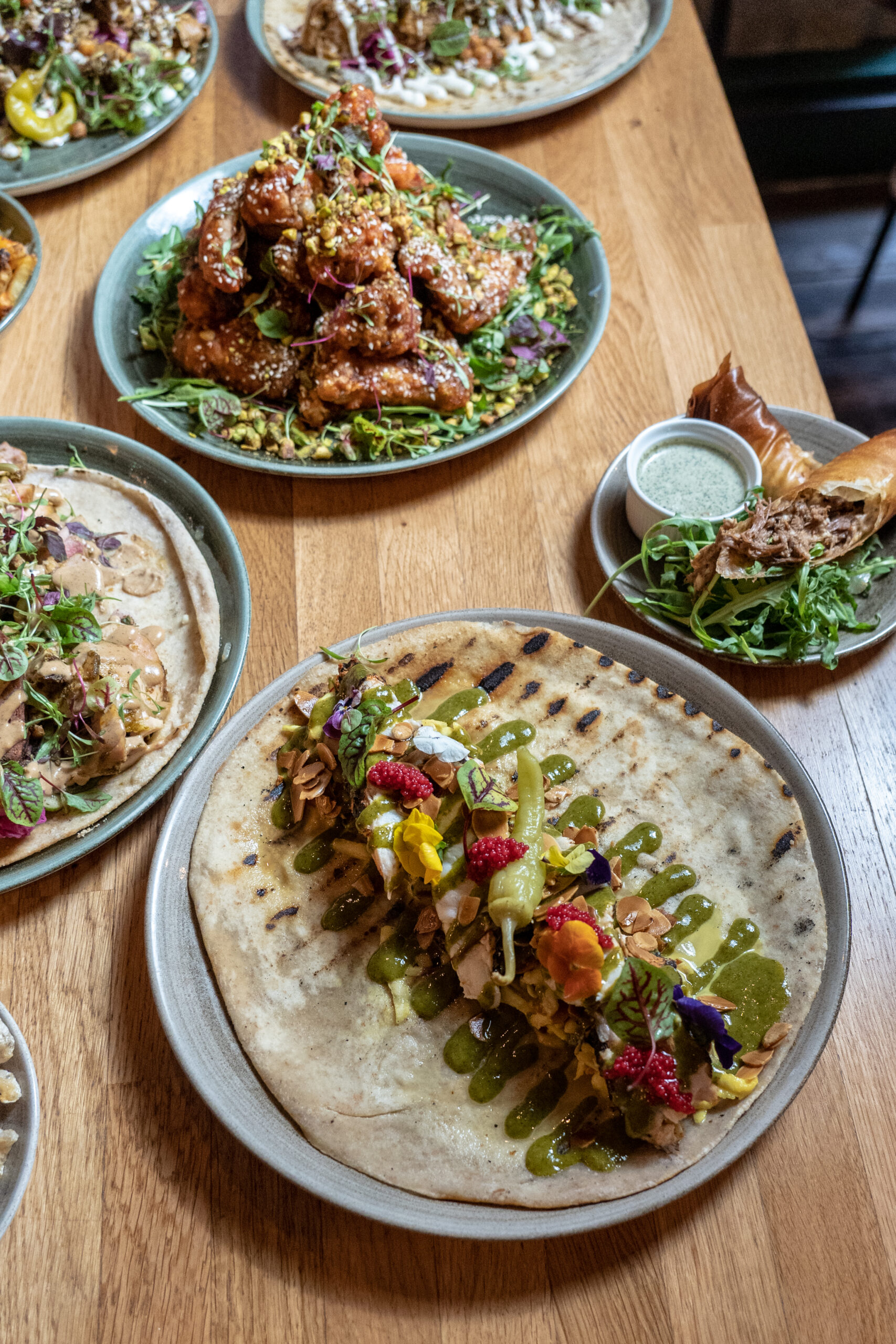 When you think of kebabs your mind probably goes straight to one of those massive elephant’s feet donner slabs, slowly rotating in a brightly lit takeaway at 3am. Some fella shaves lengths of it off, shoves it on a limp bit of naan and pretty much throws it right at you.

You’ll probably then think of that pale, gritty meat and a sorry-looking salad, likely half of the whole thing still on your pillow when you wake up in the morning. 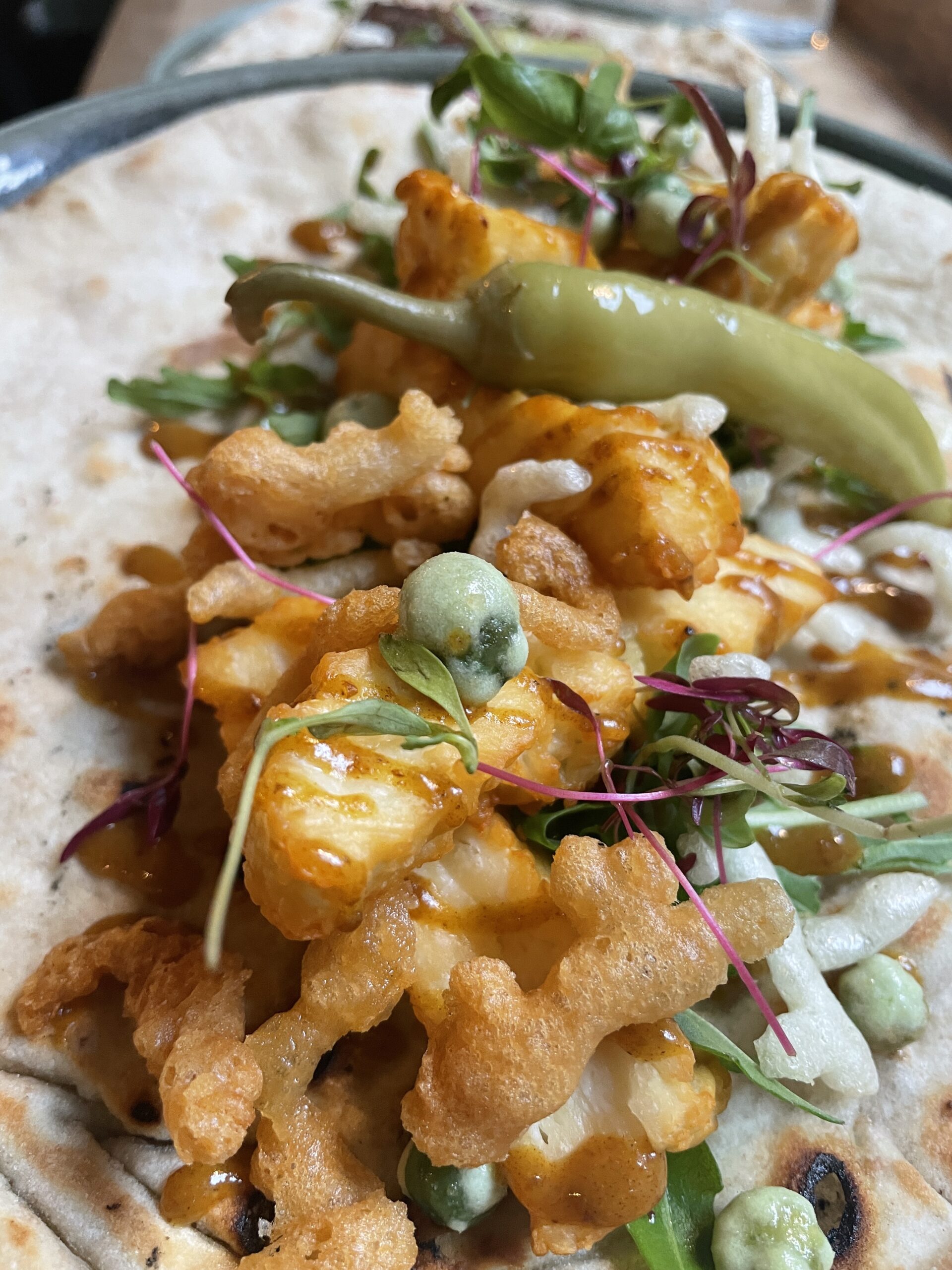 You probably don’t think of a perfectly seared Flat Iron Steak with whipped blue cheese and truffle, Monkfish tail with fermented jalapenos and kaffir lime, or Grilled Tenderstem Broccoli with a pistachio dukkah, but if you’re at BAB in the Northern Quarter – that’s exactly what you’ll be getting.

‘Kebabs Worth Sitting Down For’ is what’s emblazoned on the wall in here – and these beauties are intricate, full of flavour and absolutely superb – with everything made from scratch in the kitchen, from the grilled flatbreads to their range of homemade hot sauces – BAB do it all. 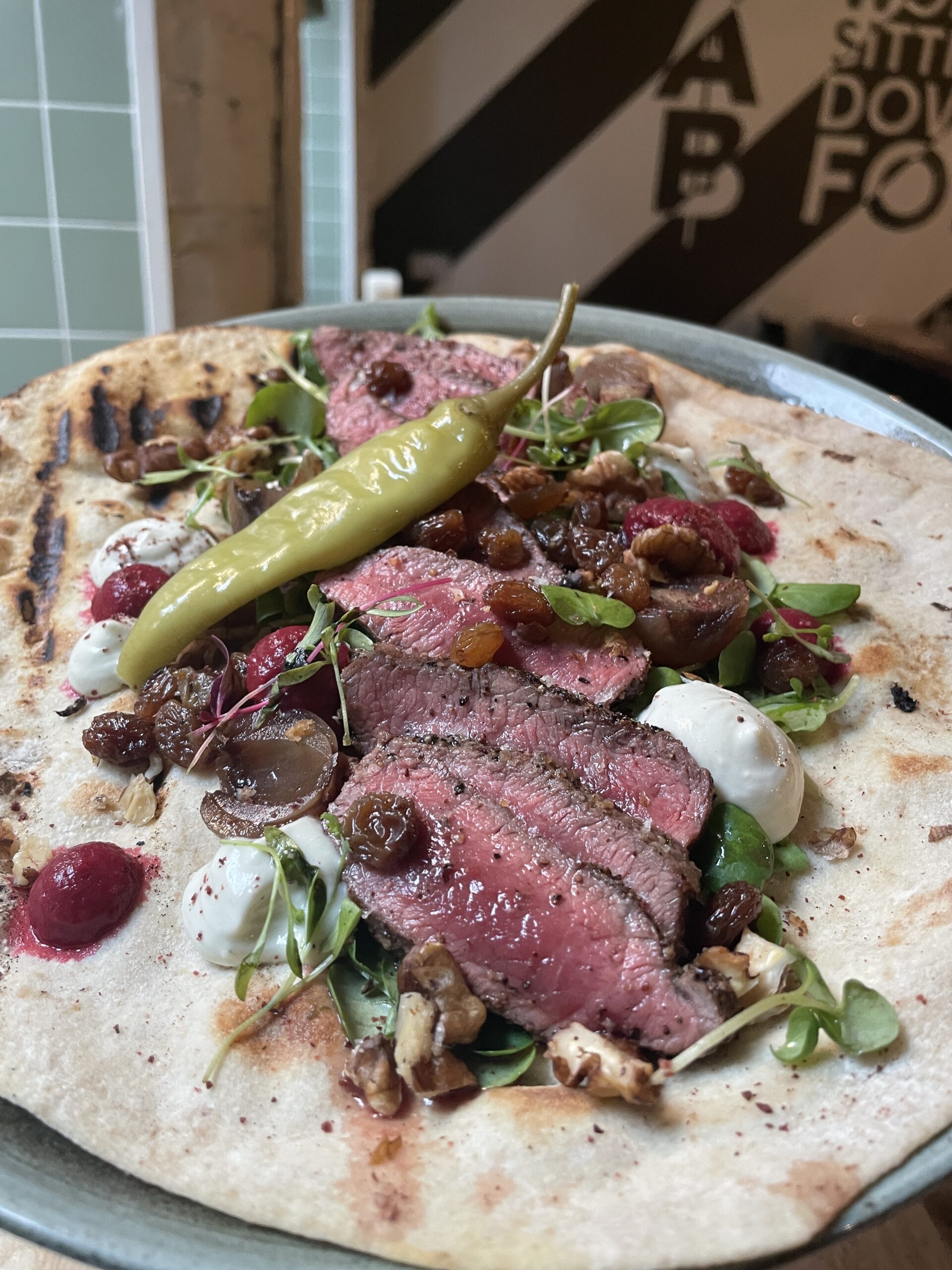 One of their most popular kebabs is the Flat Iron Steak (£13), which comes loaded with whipped blue cheese & truffle, pickled raisins, walnuts, balsamic onions, beetroot purée and watercress.

If you’re looking for a gargantuan gastronomic experience, then there’s also their Mixed BAB (£14.50) – a huge stack of two of their most popular kebabs – the Aleppo Chicken and Lamb Adana – plus cheesy chips, sumac onions and lashings of BAB’s special sauce. 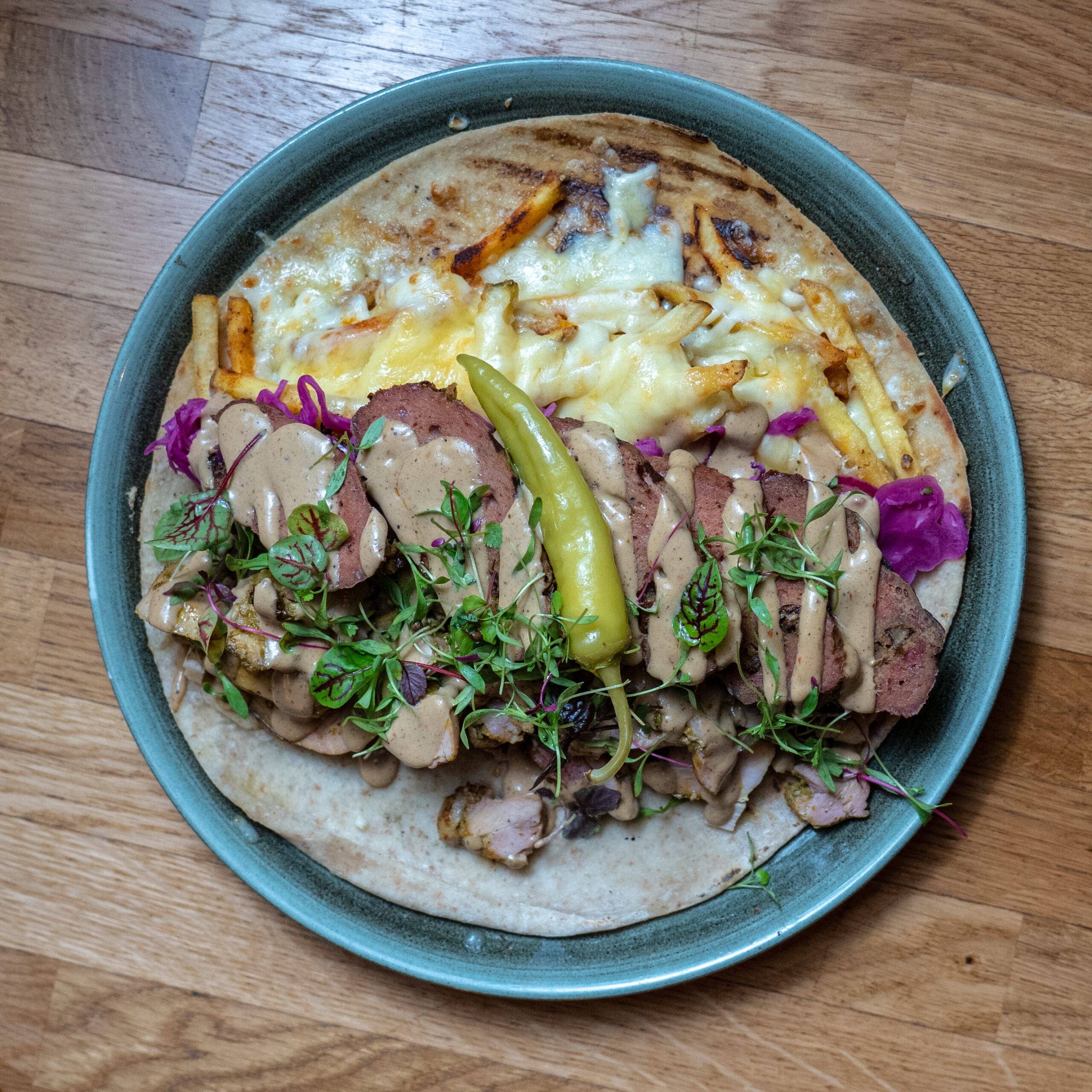 Another firm favourite at BAB is their veggie friendly Chip Shop Halloumi Kebab (£10), which is topped with beer batter bits, puffed potato, chip shop curry sauce and wasabi peas. My personal favourite though is the Monkfish Tail (£13) which comes topped with a coronation celeriac remolade, fermented jalapeño & kaffir lime, almonds and Monkifish Caviar. 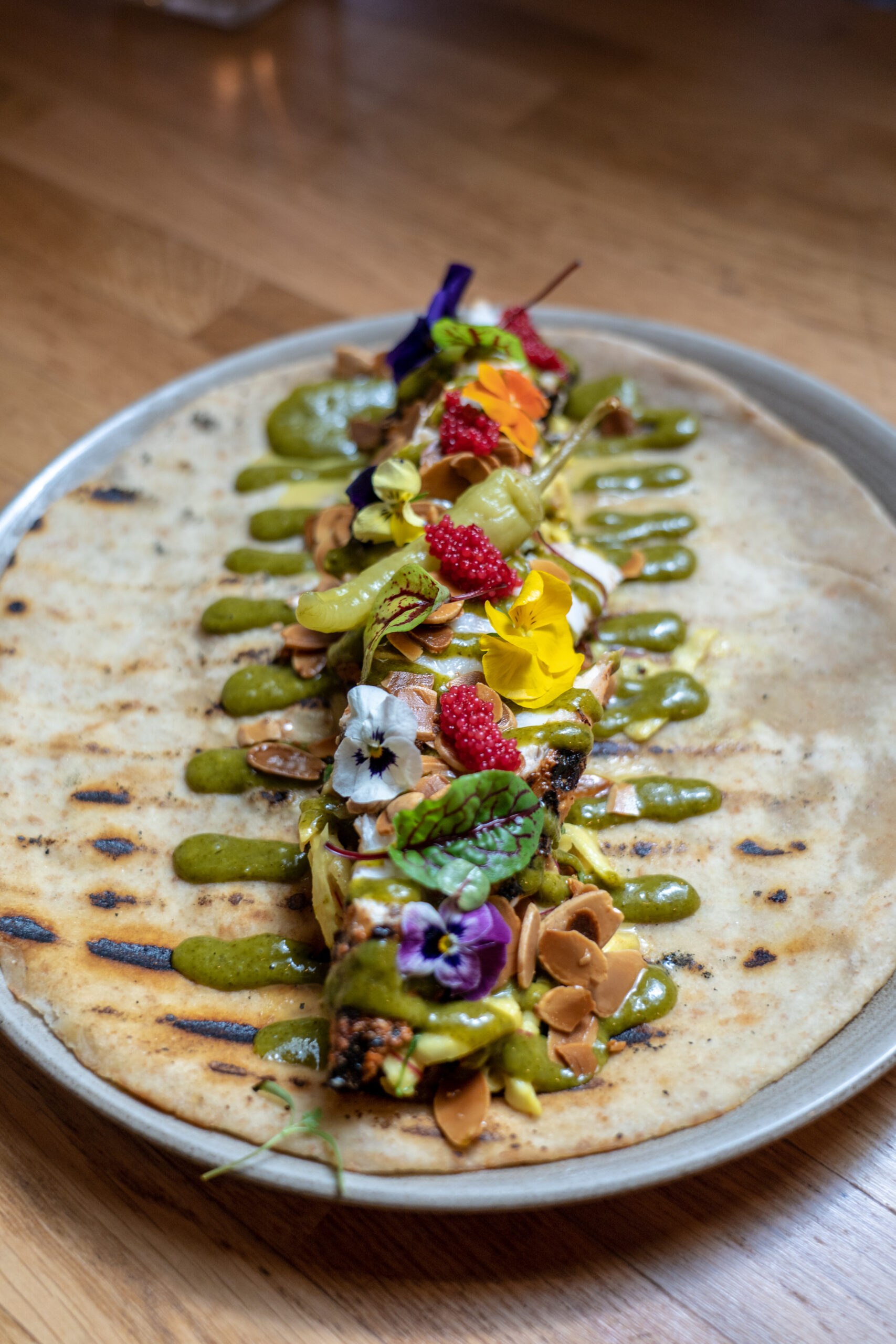 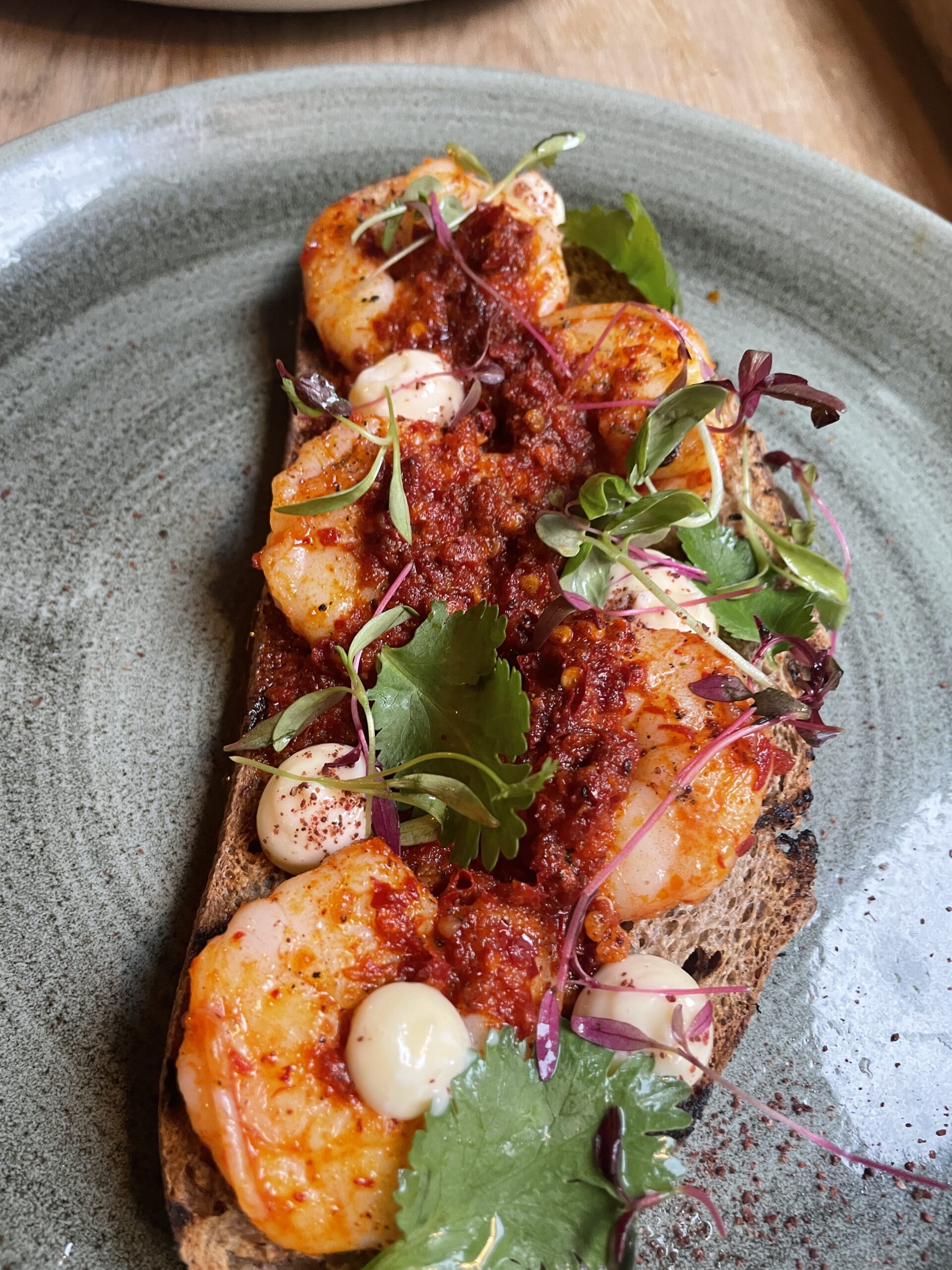 These dishes are a million miles away from what you’d expect when someone mentions the word “kebab” and are well worth a trip into the Northern Quarter for. Oh, and make sure that you order their famous Greek Fries to go with your kebab – you won’t be disappointed!