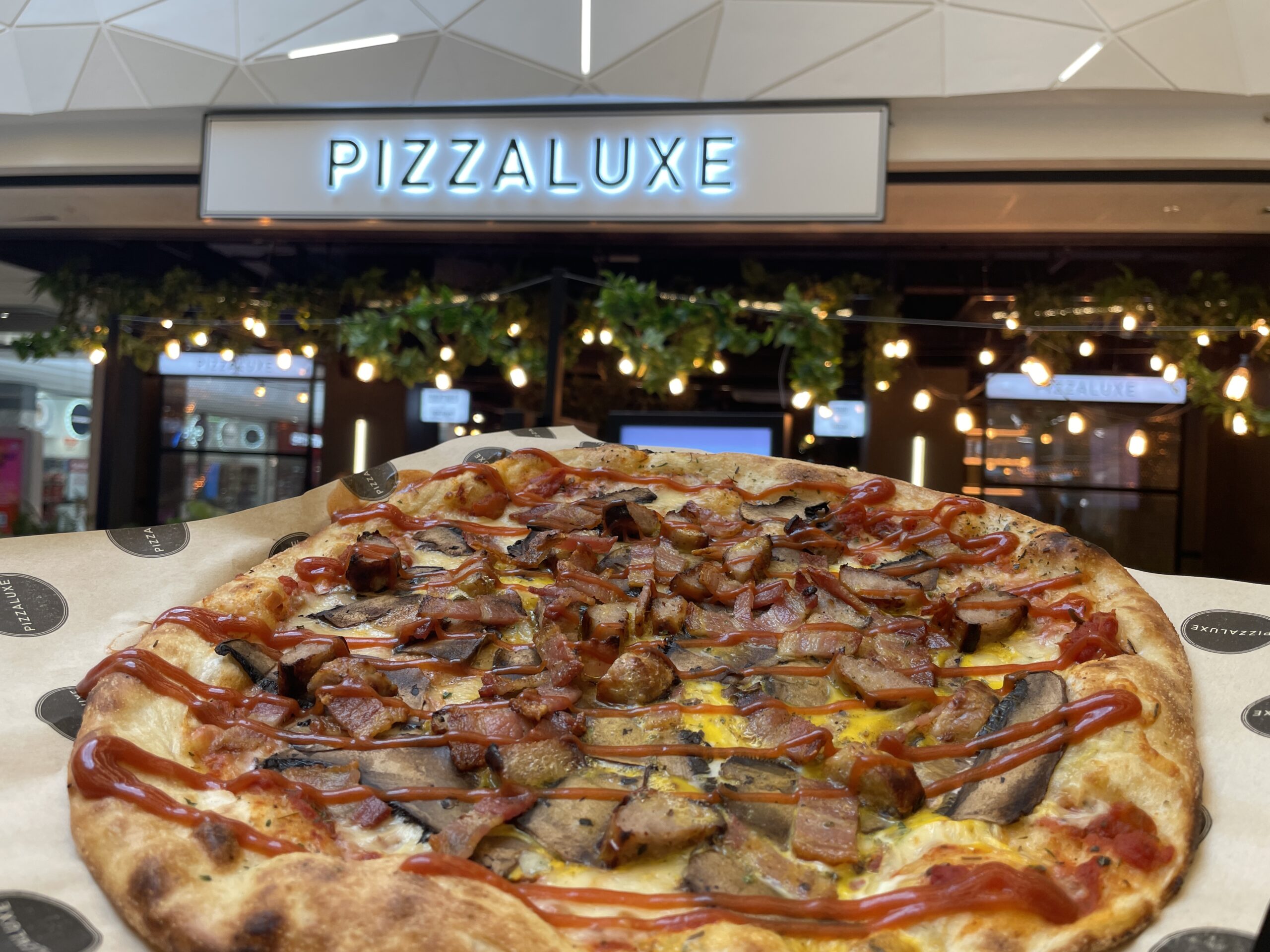 PizzaLuxe, which has been an anchor tenant of award-winning Leeds Trinity Kitchen since it opened, serve up gourmet, handmade thin-crust pizza, aperitivo & fresh salads all alongside it’s made-to-order cocktail menu, hoping to create a buzzing day-to-night dining experience in the newly redeveloped Halle Place.

The brand doesn’t stick to the rules of conventional Neopolitan pizza and instead creates unique Roman-style recipes using a combination of both British and European produce, carefully sourcing each ingredient to create its home-made luxury pizzas. 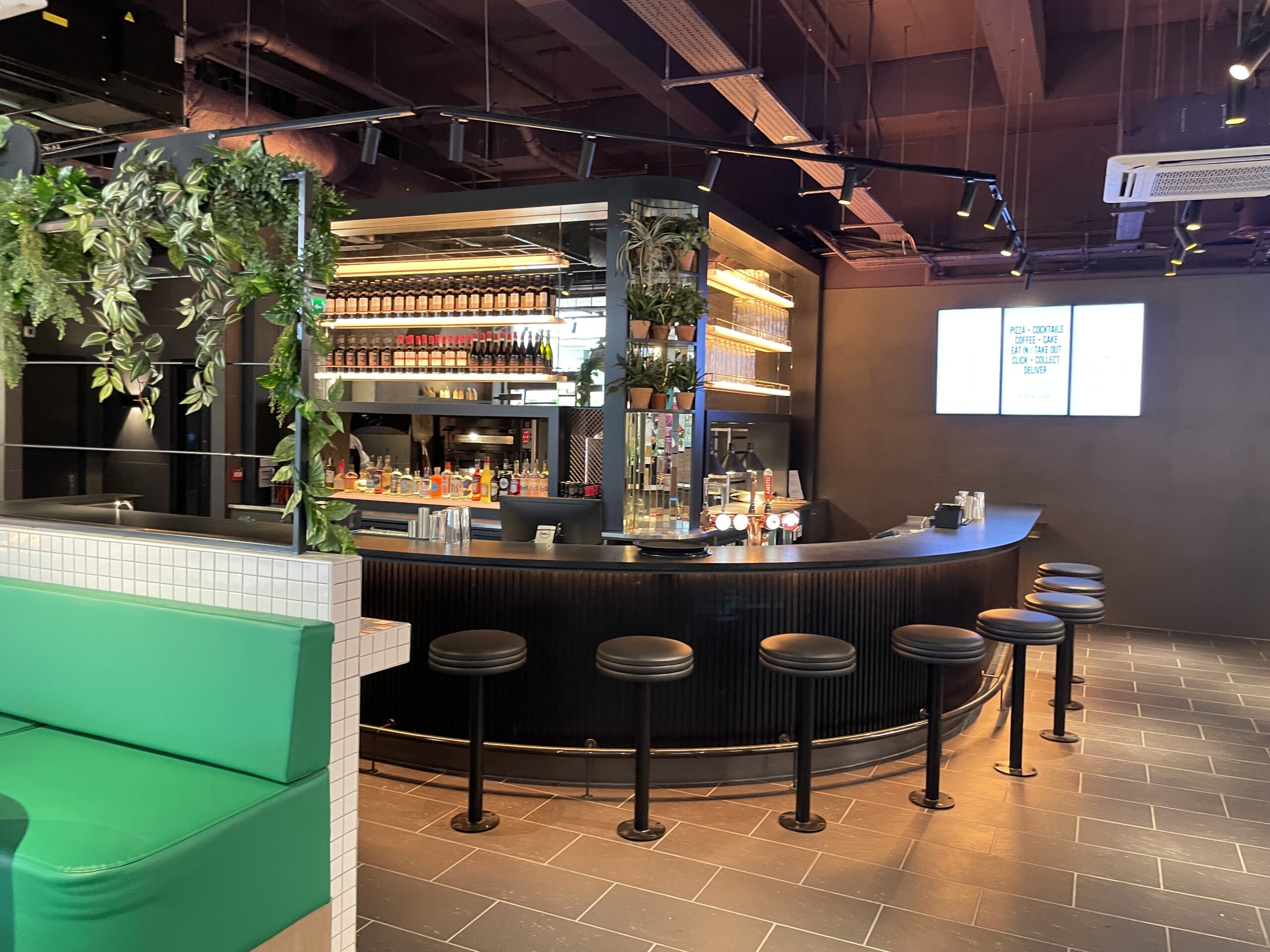 Core ingredients include organic flour milled at Shipton Mill in Hampshire which is then used to make the signature 96-hour slow-proven sourdough, and the small-batch tomato sauce which is prepared to the secret PizzaLuxe recipe. These carefully-sourced, premium ingredients combine to create the perfect pizza, with a 10” or 13” base and thin crust, pressed to ensure consistent quality.

Pizzas on the menu in Manchester includes the Palermo, with mushroom, oven-baked ham hock, parmesan and sage; the Lardo, with bacon, brie & baby spinach; Chorizo, with goats cheese, roasted grapes & honey; and the the Pollo, with pesto chicken, black olives, artichoke heart & mushroom. 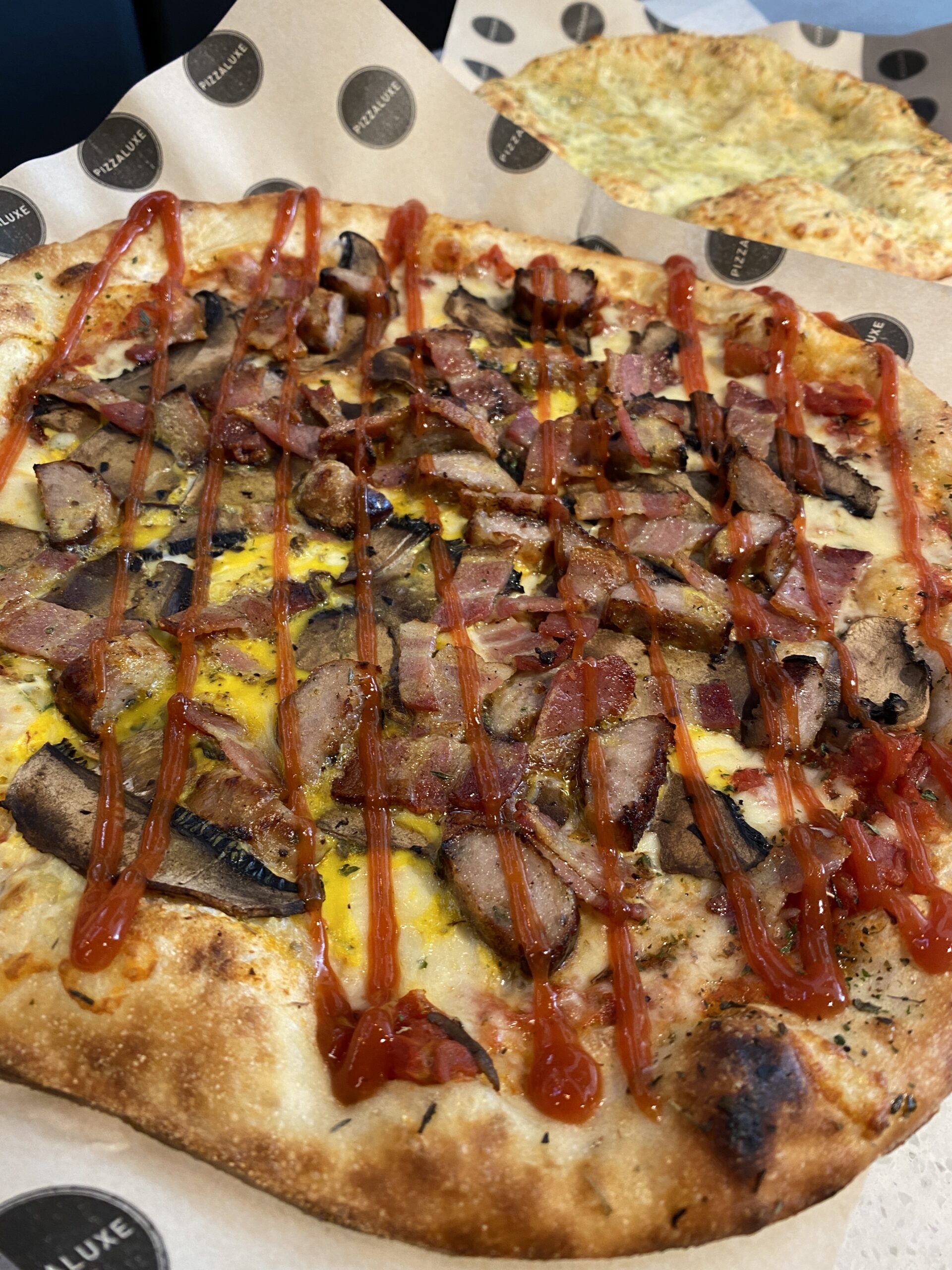 The pizza & cocktail bar also serves Manchester’s first ever breakfast pizza, which includes toppings of sausage, bacon, egg, and PizzaLuxe’s own breakfast sauce. The breakfast menu, which was originally created for PizzaLuxe’s Manchester Airport branch in 2018, will be available every weekend, and also includes baked to order breakfast rolls, with the bread created using PizzaLuxe’s famous dough. 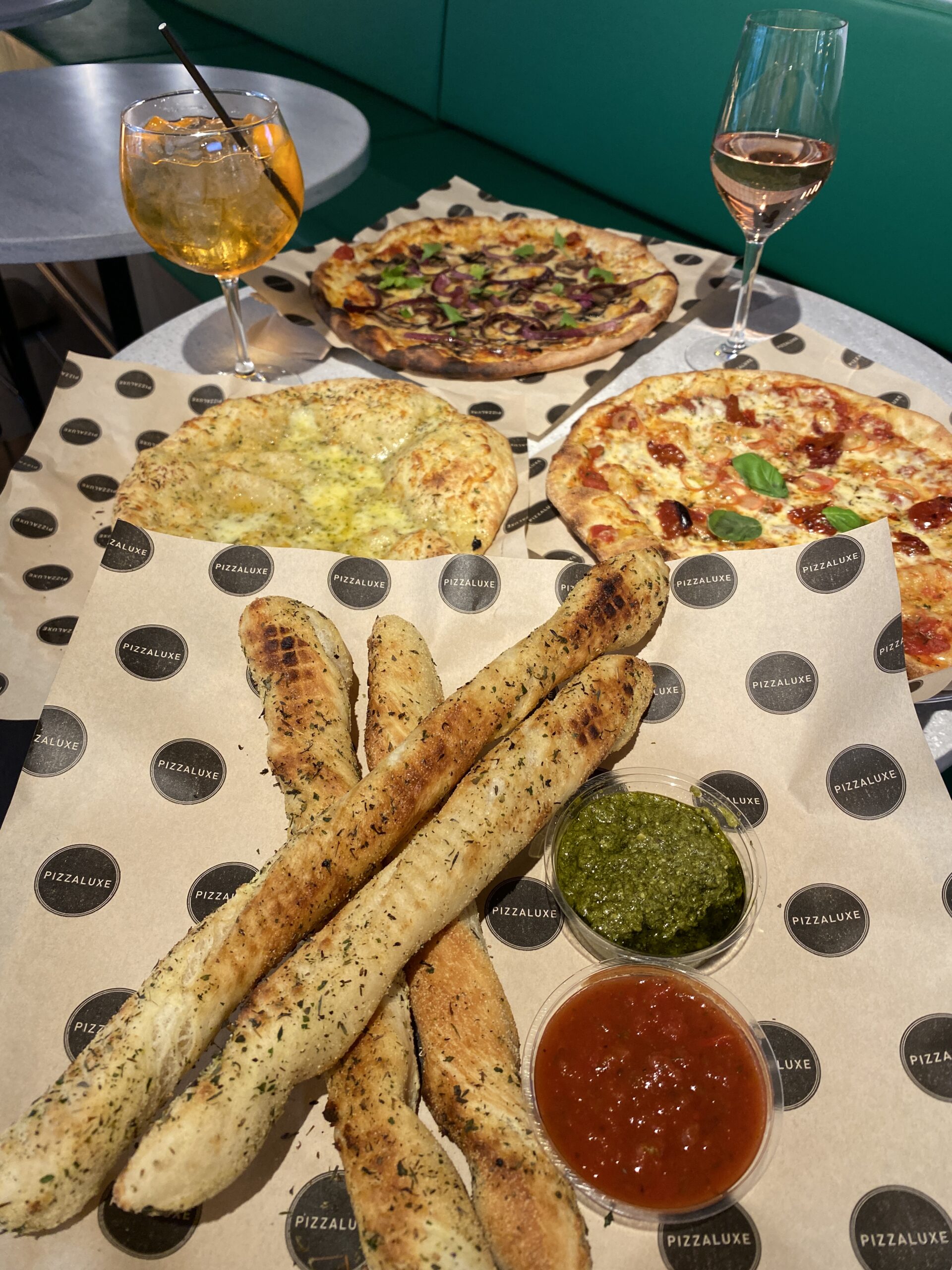 PizzaLuxe Manchester, is open daily until late, and is the first venue in the UK to combine a quick service restaurant element with a full-service bar serving beer, wine and spirits, as well as freshly made cocktails.

Alongside a curated wine list, Manchester’s PizzaLuxe also offers a new cocktail menu, with each expertly mixed by the in-house team and featuring predominantly herb-based creations, such as a Lavender and Thyme Collins, or the seasonal Tommy’s Margarita, which reflecting the fresh herbs used in the PizzaLuxe kitchen. 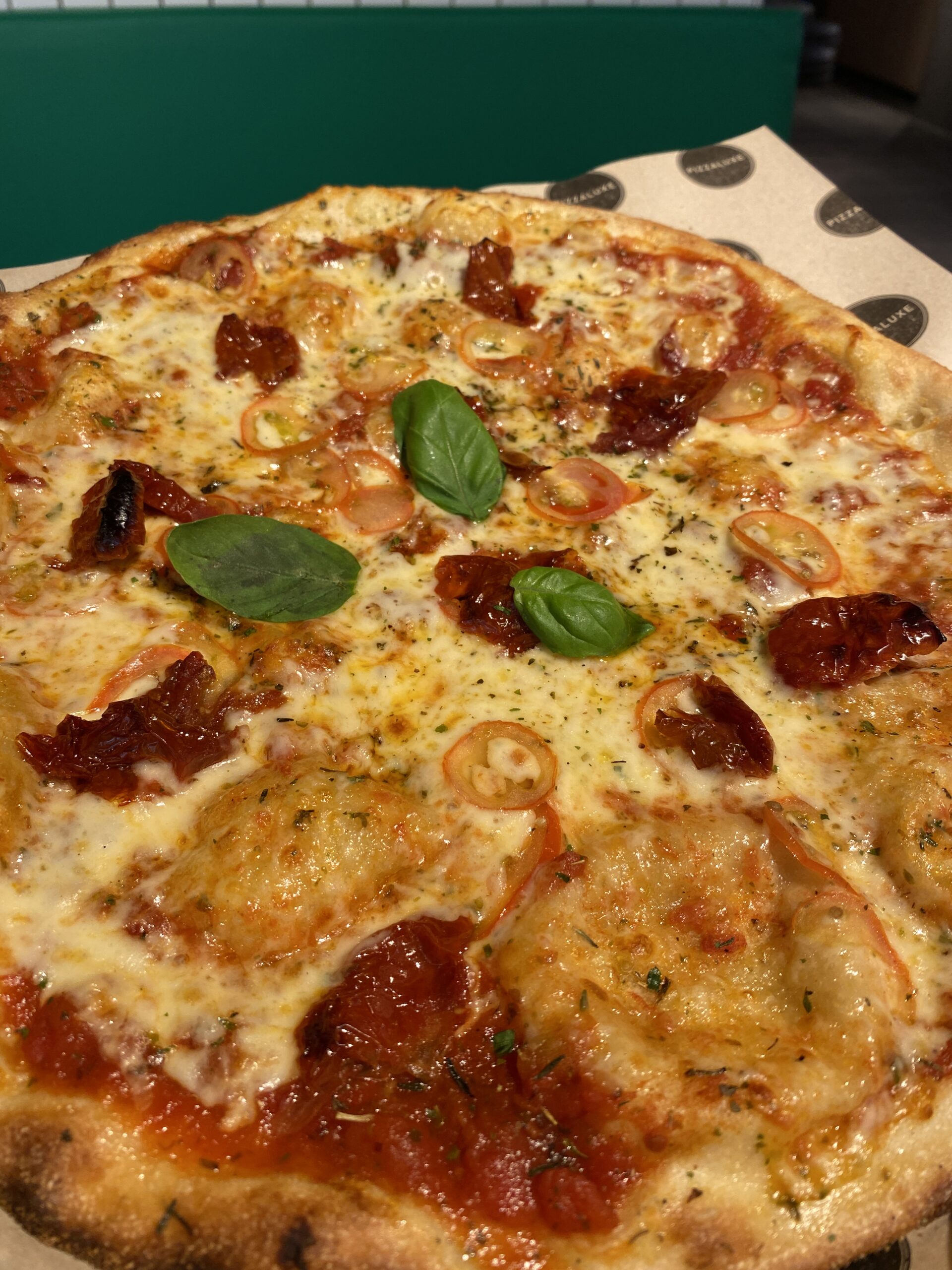 An innovative new ordering procedure enables the customer to order by scanning a QR code at their table, before then being automatically notified via SMS once their pizza is ready to collect from the counter. Drinks can be ordered via the QR codes, or directly with the restaurant’s bar team, with drinks orders being delivered to the customer via the PizzaLuxe bar team. 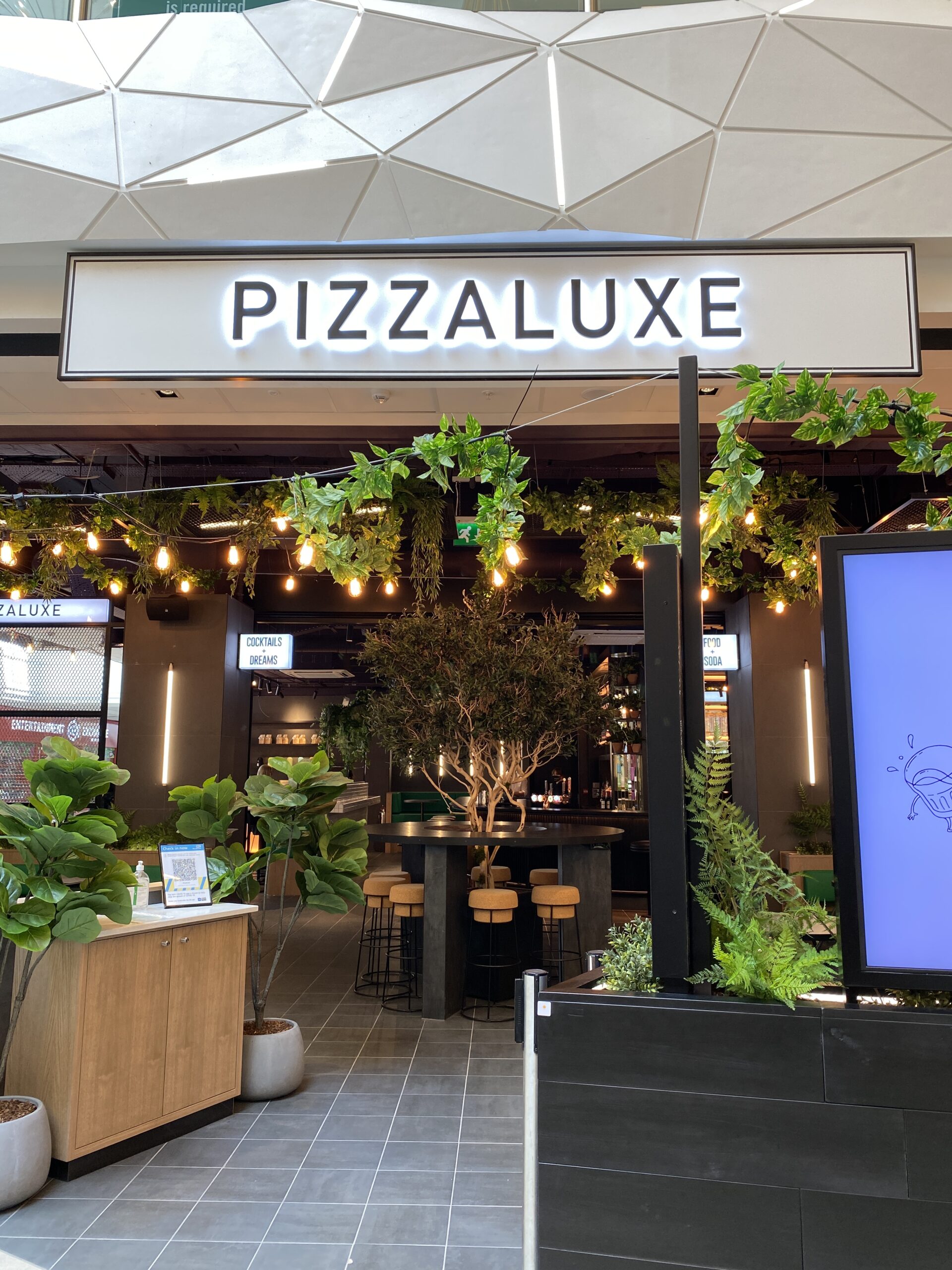 As well as the pizza & bar offering, the new restaurant will also launch its coffee kiosk called ‘Coffee + Cake’ later this month, which will be open daily for passers by with a fixed price of £3 for barista coffee and home-made sweet treats.

PizzaLuxe was spearheaded by former Director of Food at Harrods, Paul Goodale, who identified a gap in the market for fast, fresh and super-thin pizzas, made without reliance on the Neapolitan tradition of the pizzaiolo. 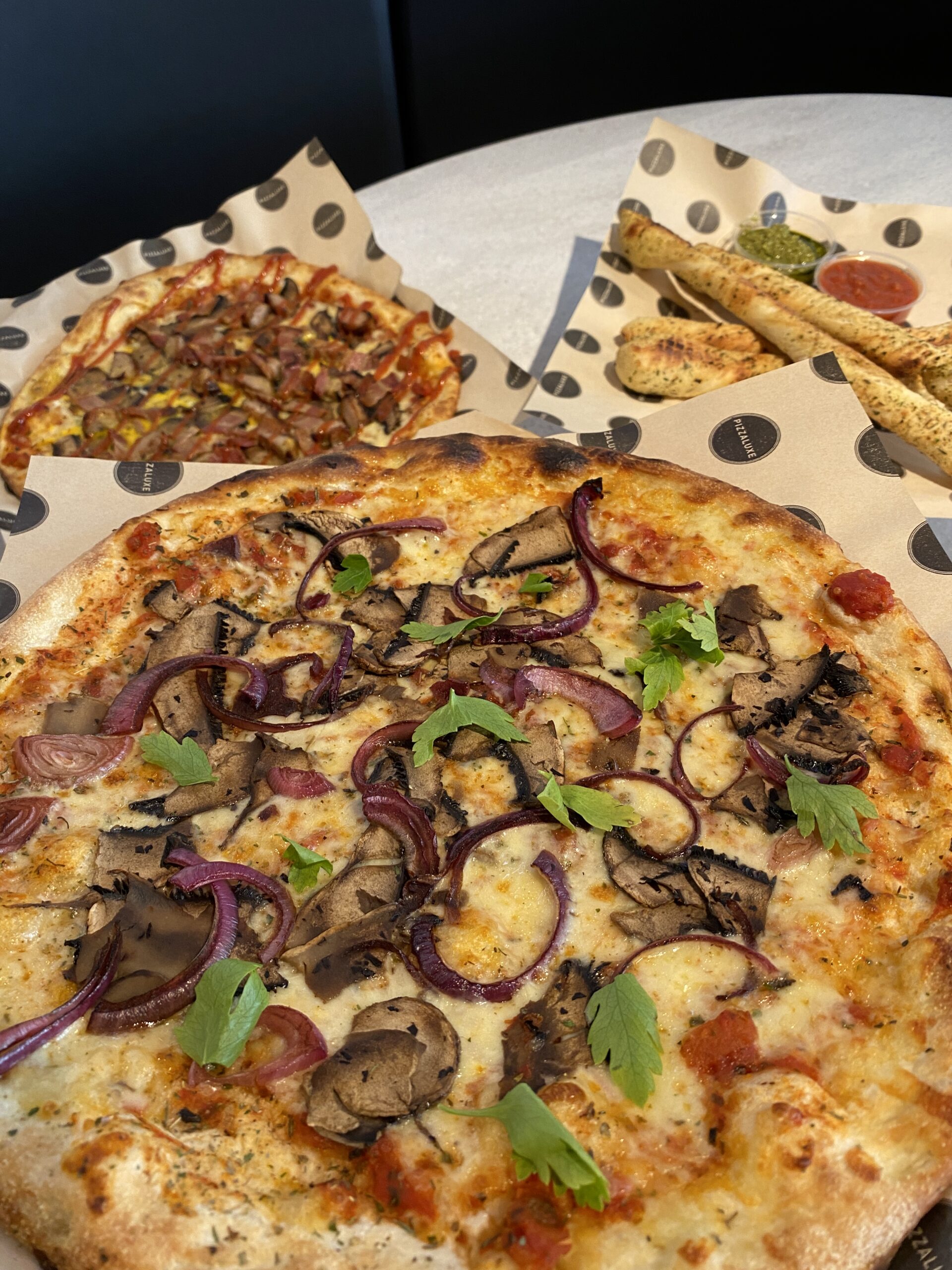 Paul said: “Our aim has always been simple and still remains at the heart of what we do; affordable luxury, exclusively for all. We offer a contemporary, creative execution of simple, classic pizzas and cocktails in a stylish environment, served with a warmth and generosity of spirit.”

The new Manchester site, designed by Paul alongside Hudson Rock Design, will be a bright and airy space, featuring counter seating to provide the perfect pit stop for a quick meal on the go. There will also be an in-house bar area which will create the ideal backdrop to punters looking for a casual evening drink.

The Something Special: 6 Manchester DJs and Where to Find Them Reopening Weekend