The Crown and Kettle has survived wars, fires, riots, recessions, depression and now a pandemic! 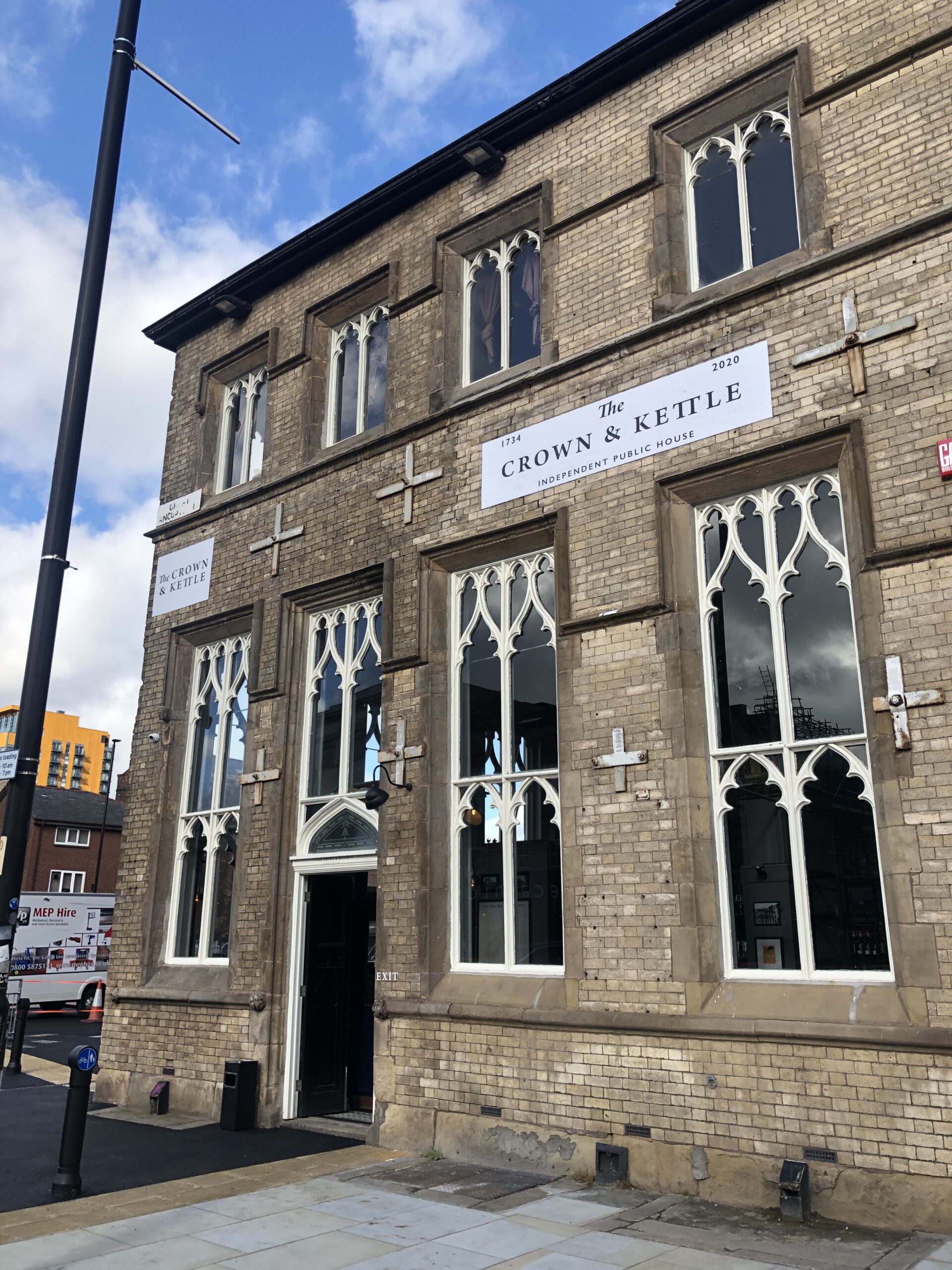 Standing tall on the corner of Great Ancoats Street is one of Manchester’s most iconic and oldest boozers, The Crown and Kettle.

It’s had a long and winding history since it was established in 1734, featuring the likes of hangings, fires, secret tunnels to Strangeways and ceilings described as the ‘best pub ceiling in the world’ by the people at Time Out. 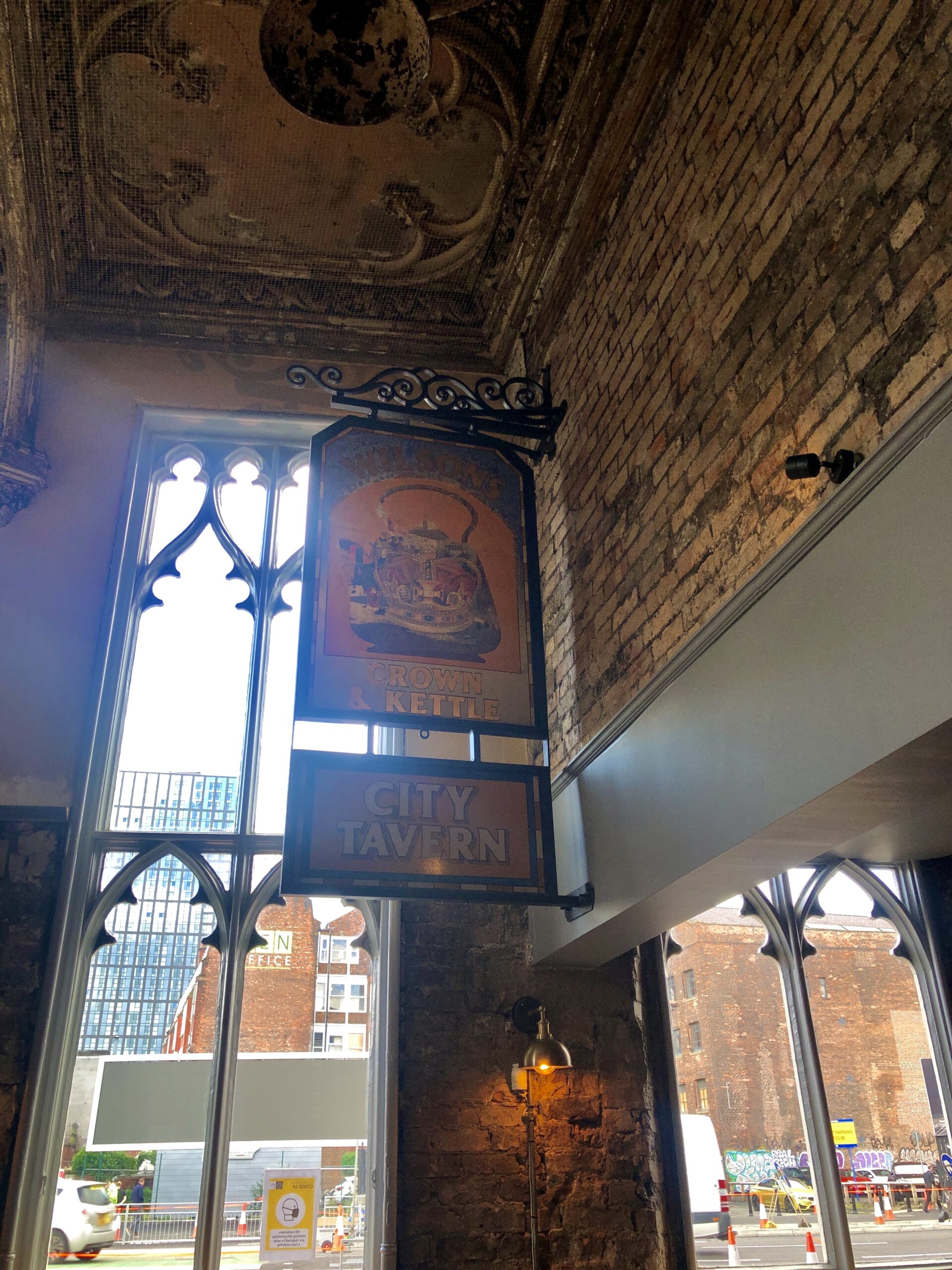 You could say this pub has it all. In fact, I will. There’s even a cosy little snug with a fire to keep you warm in the Mancunian winter too.

The Crown and Kettle is now a totally free house, ditching any ties to any brewers meaning you will now find completely independent lines which are likely to change with refreshing regularity.

They’ve got 20 indie keg lines plus six keg beers all focused on supporting regional and national independent breweries. You’ll find the likes of Manchester Union Lager and Pomona Island in Salford as well as other regional’s like Triple Point from Sheffield and Thornbridge in the Peak District. 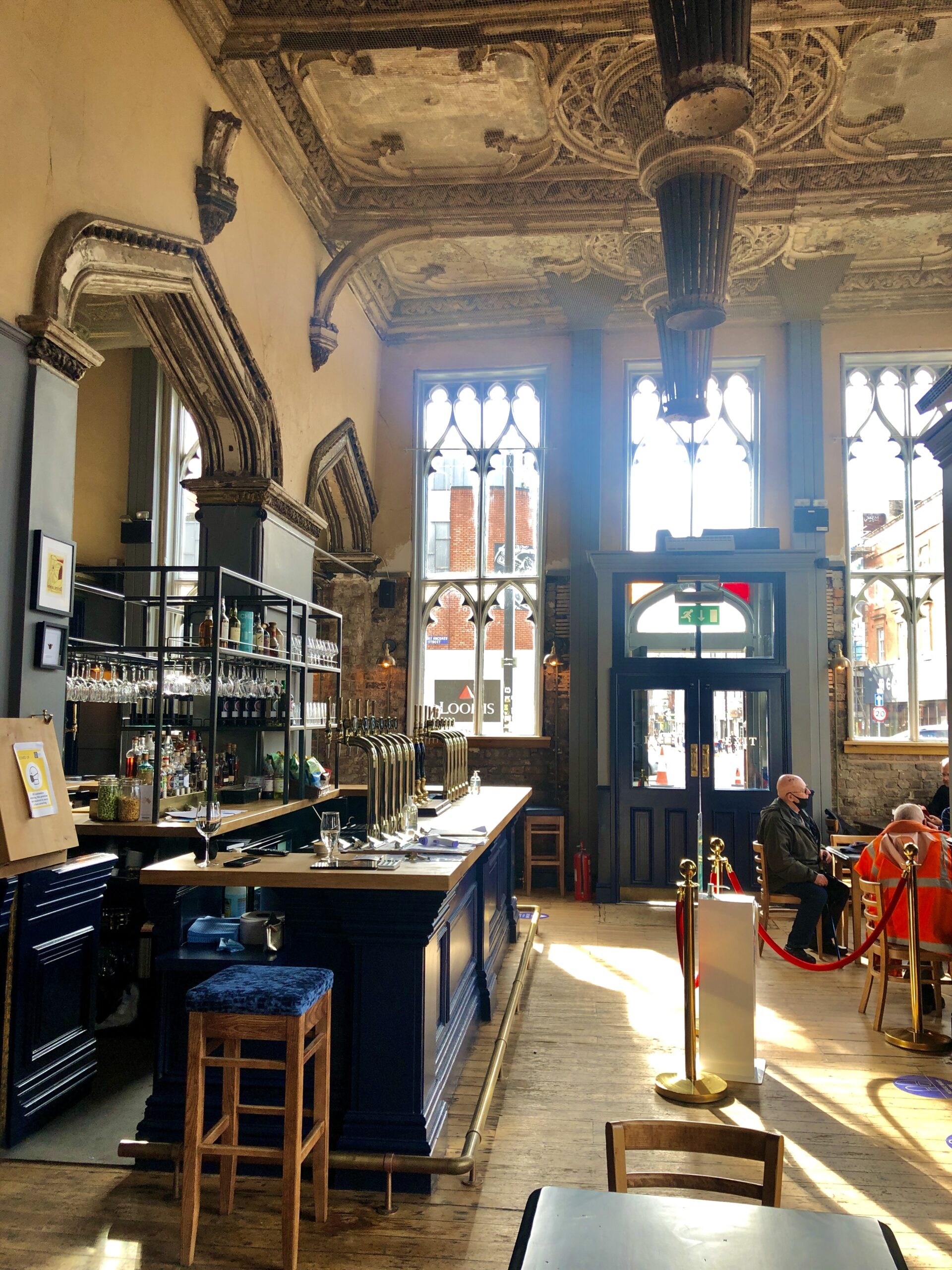 With new management in place, the venue has also been given a bit of a spruce up, flaunting the stunning Grade-II listed building in all its Gothic glory, showcasing the history while you enjoy a frosty pint in a beautiful mixture of old and new.

The building was originally home to a Georgian court, the type of court that if you found yourself in – you weren’t leaving.

The hanging pits can apparently still be found under the men’s toilets and there is even word of a secret tunnel that links the building up to Strangeways, something that would have been extremely convenient for transporting thugs and criminals to their demise. 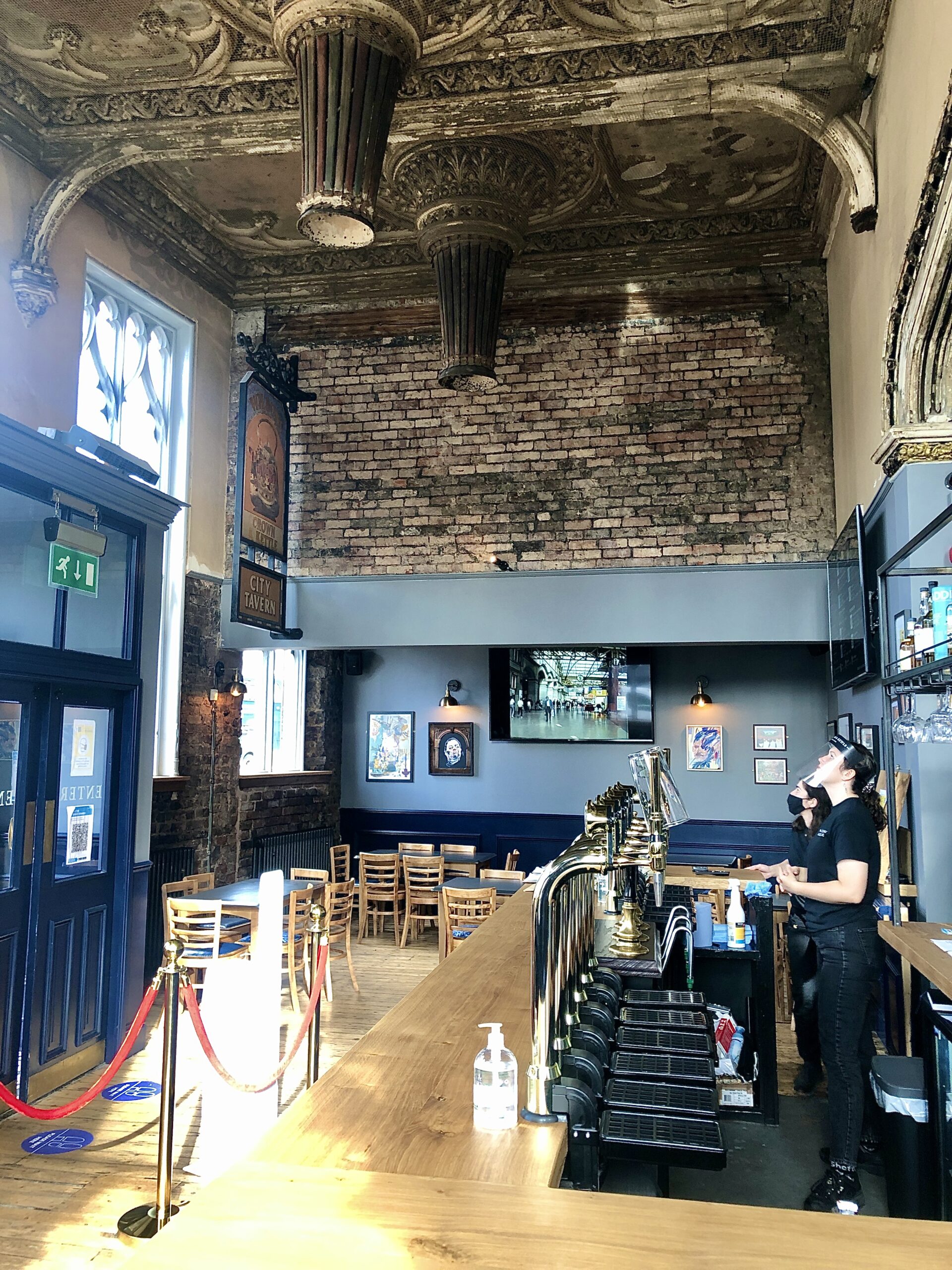 Originally called the Iron Dish & Cob of Coal, the pub has stood on the corner of Great Ancoats Street and Oldham Street for 286 years, with just a 16 year hiatus when closed from 1989 until 2005.

Apparently the pub was closed in ’89 due to some serious trouble between Man City and Man Utd fans – which must have been big if it caused the whole place to shut down! 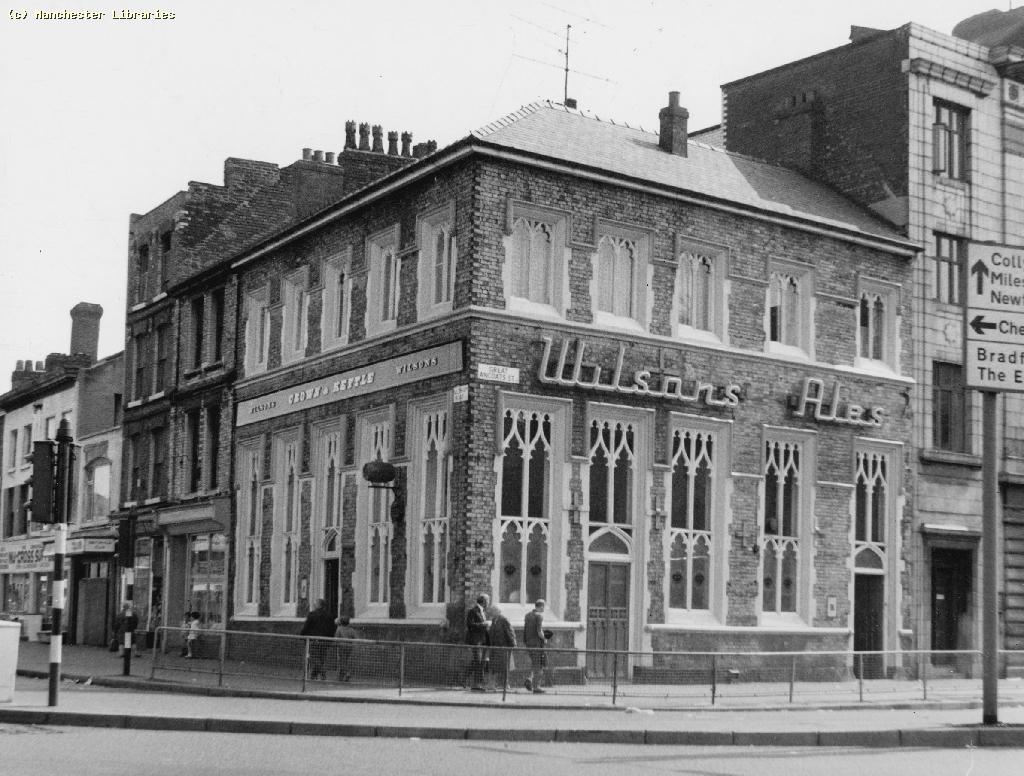 Before then, and due to its proximity to the Express Building next door, the Crown & Kettle was very popular with journalists and print workers, so much so that there’s a story of the famous Daily Express photographer, Jack Kay, actually having a pet duck that he took to the pub to have a pint for himself and an ashtray of water for the duck!

Probably the thing that the Crown & Kettle is most famous for today though is THAT ceiling – an enormously impressive Gothic display that will take your breath away when you enter the large tap room. It’s dominated by large timber pendants which used to hold the lights, and were actually the only things that survived an arson attack to the pub in the 90s. 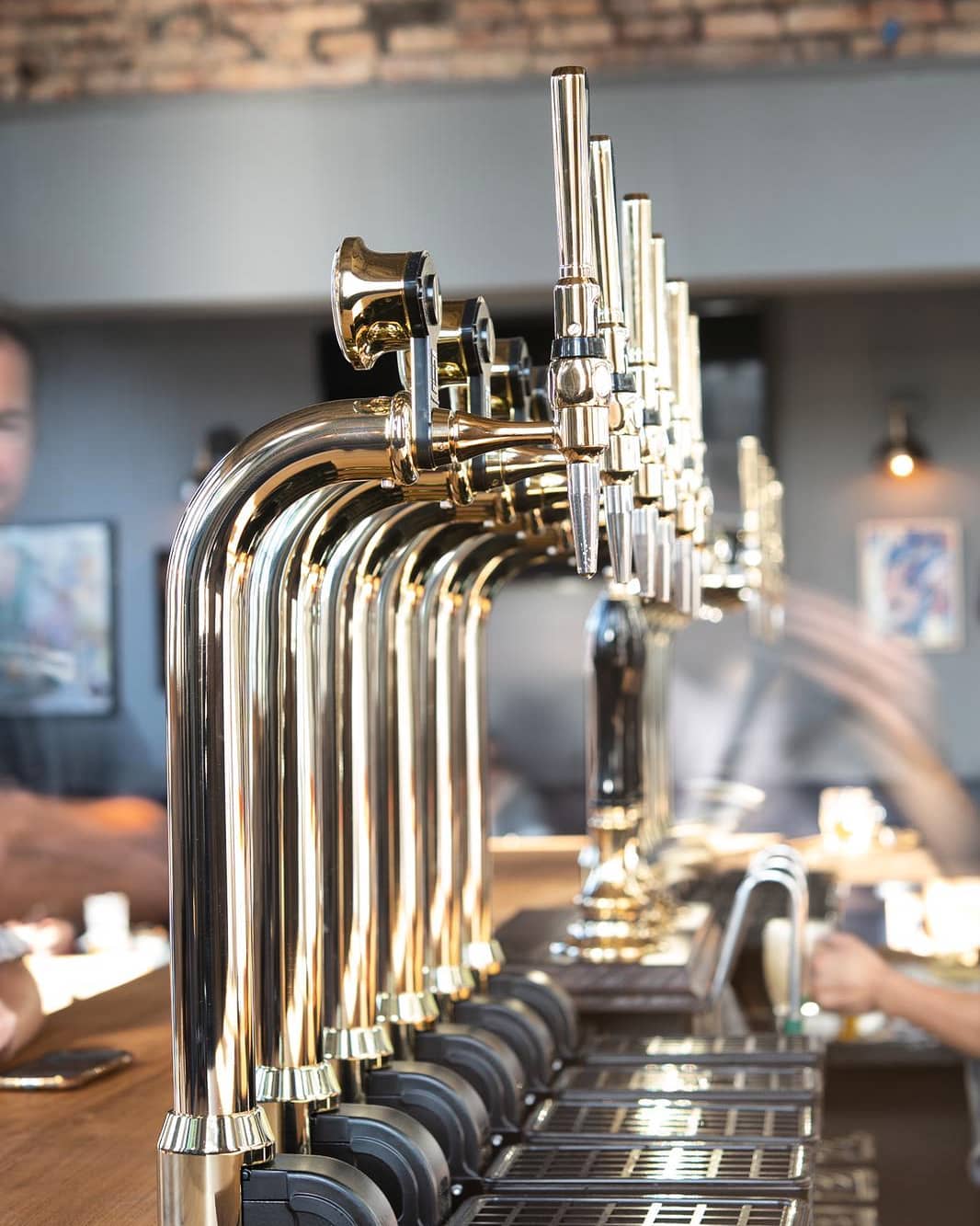 And if you wanna know exactly what to expect you can log on to Untappd which has a complete breakdown of everything beer-related.

It’s survived wars, fires, riots, recessions and a depression. Not even a pandemic is gonna stop this pub.

You’ll find it tucked behind those mental roadworks that have been causing traffic jams for the past few months on Great Ancoats Street and Oldham Road, but it’s more than ready to welcome you into the comforting arms of an old school boozer complete with crackling fire and plenty of beer.