"Playful eccentricity and a sense of humour" - Elnecot's Brand-New Menu

Head Chef Michael Clay had created some truly sublime dishes, including a return of the Lamb's Testicles! 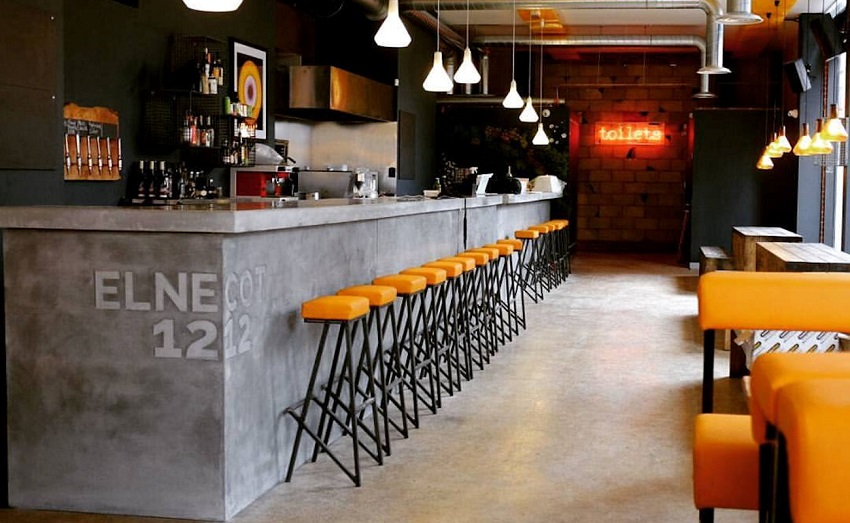 Post-lockdown and the city’s food landscape looks decidedly different to what it was this time last year. 3 months on lockdown has trimmed the fat, revitalised old favourites and given those in charge the time to hone and perfect their vision.

At this moment in time, it’s also true that many of the city’s eating establishments are still yet to open their doors, instead opting to see how the public reacts to socially-distanced restaurants, as well as showing caution against a potential ‘second spike’

One of our favourite city venues though, Ancoats’ Elnecot, have been open since the 4th July, and the time on lockdown has given co-owner and Head Chef Michael Clay time in which to perfect a brand-new menu, a menu that still focuses on seasonal, British ingredients but with Michael’s unique sense of humour and experimentation thrown in there too. 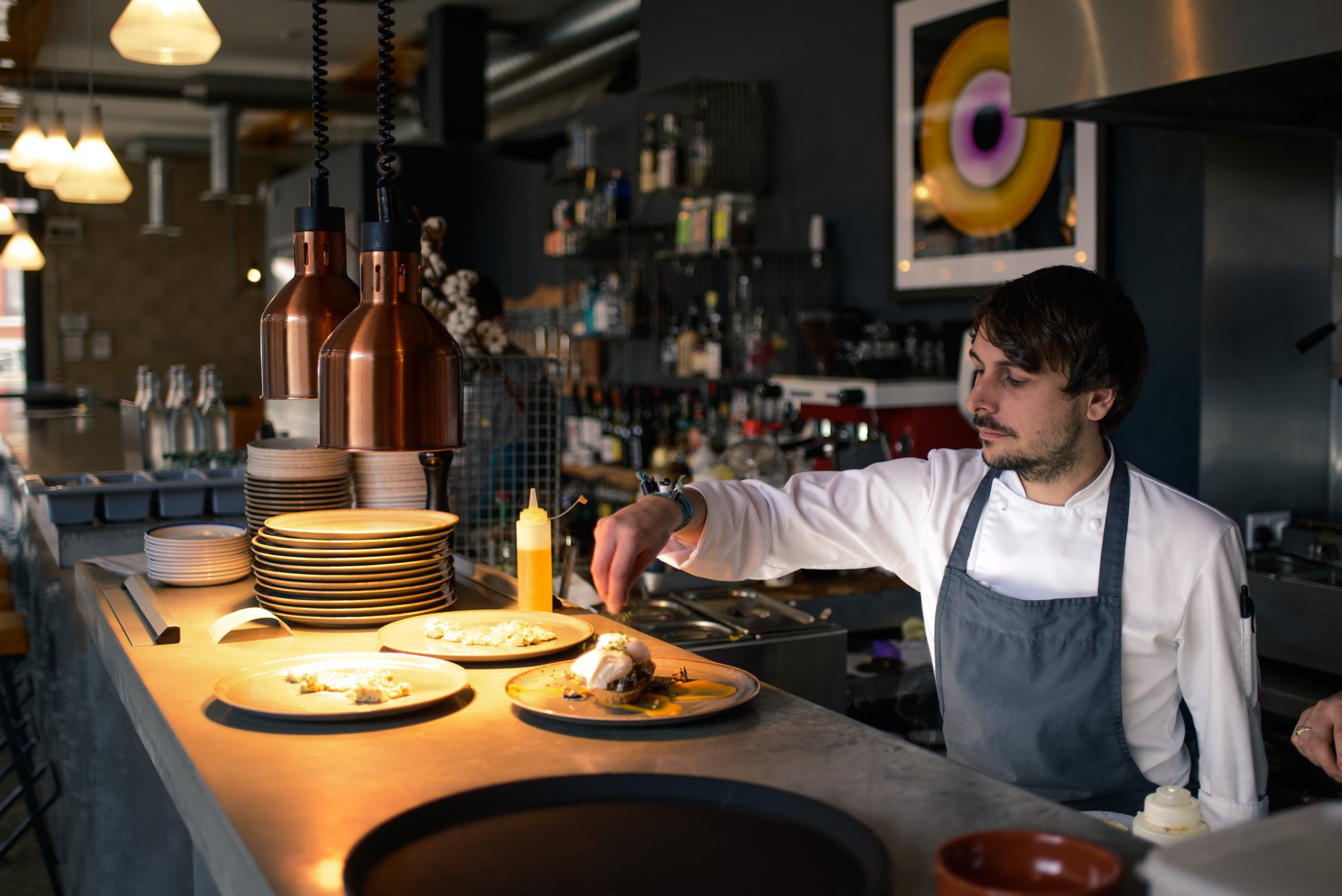 Michael is keen to stress that the new menu isn’t a COMPLETE overhaul of what we’ve come to expect and love from Elnecot, but it’s a considerable one. There are a few customer favourites in there that have managed to hang on (yes for the Manchester Egg!) but overall, the time before and during lockdown gave him a chance to add a significant number of new dishes to their offering.

He explains; “I’m constantly on the lookout for new ideas or products that I can use, so the menu is an ongoing process throughout the year.” But with a bit of extra time on his hands at the start of lockdown he “was able to actually test ideas out a bit more” than he would usually be able to do normally.

So, does this mean that it’s Elnecot’s best menu ever? “I’m proud of the menu as a whole. I think it’s got a bit of everything that Elnecot is about and the feedback so far has been great. I’m really proud whenever anyone enjoys themselves here. That’s the most important bit.” 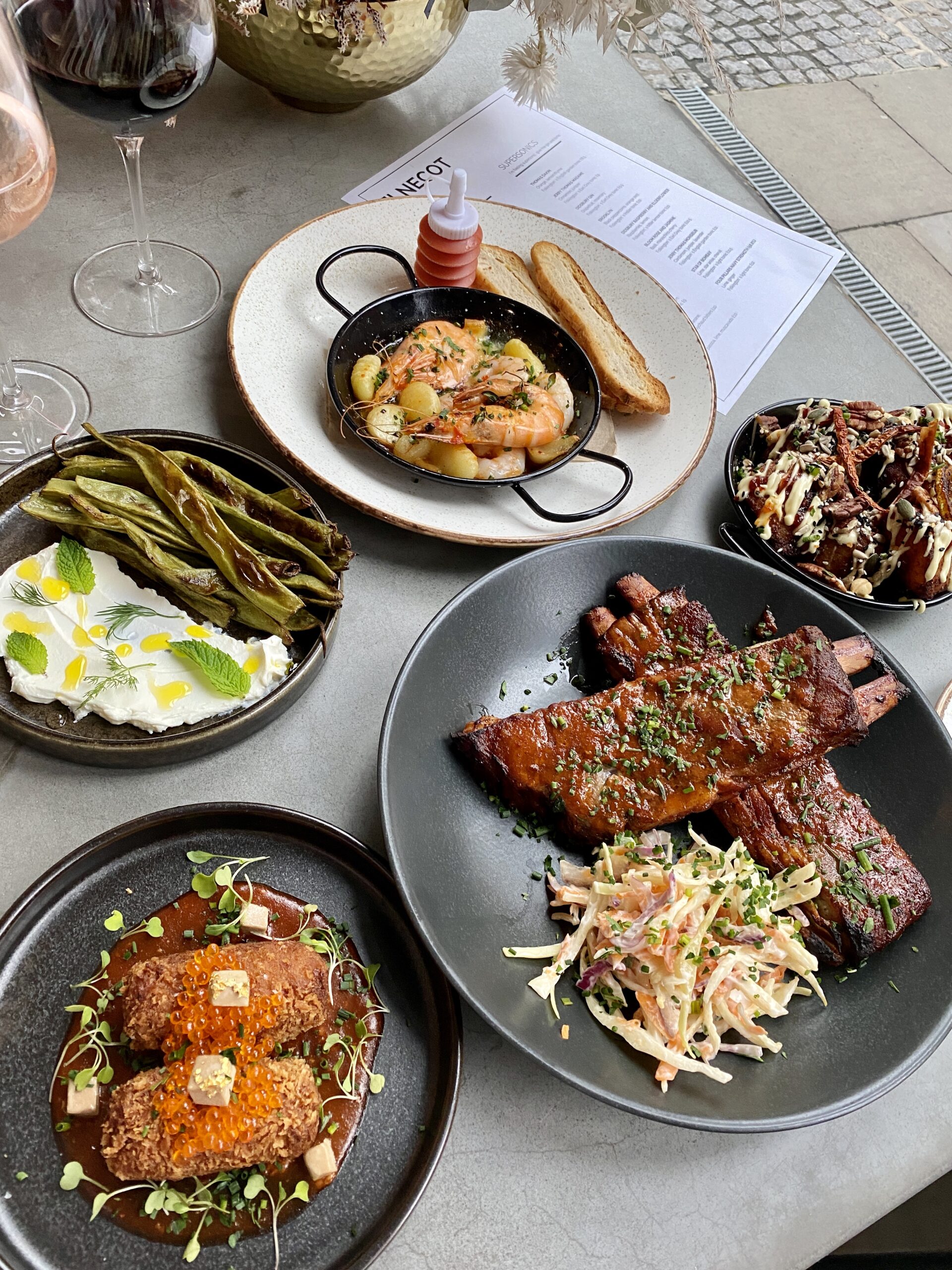 Elnecot has always played fast and loose with what most people would consider to be ‘traditional’ dishes – adding unique elements to things that we’re already familiar with, meaning you’re always surprised and impressed as a diner when you visit.

And it’s clear that Michael has continued this, some would say, eccentric point-of-view with the new menu. 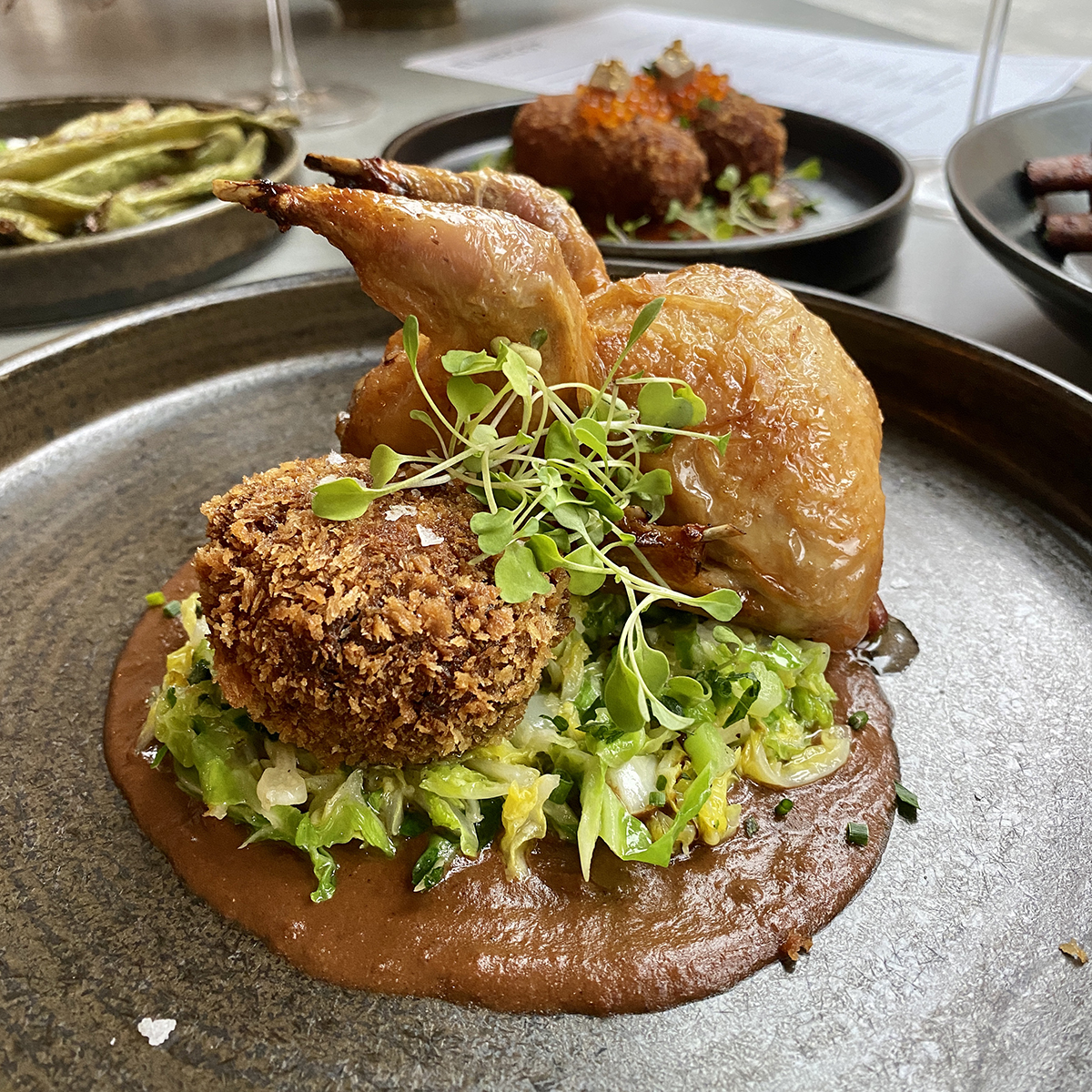 There are exquisite little touches and flourishes that take a dish to a whole new level, such as their Whole Roasted Quail (£16), which comes resting on a 95% cocoa chocolate sauce alongside a delectable little quail haggis egg.

A Crispy Yorkshire Pork Belly (£7.50) comes served up with savoy kimchi and apple, while Lincolnshire Roast Potatoes (are topped with a ‘dry’ salsa, chipotle jam and a homemade yeast mayonnaise. There’s the Baked Prawns (£12) with gnocchi and a wonderfully buttery Rollright cheese from the Cotswolds, and a stand-out on our visit – the 24-Hour Ribs (£10), which were coated in a Korean Gochujang BBQ sauce of Michael’s creation. 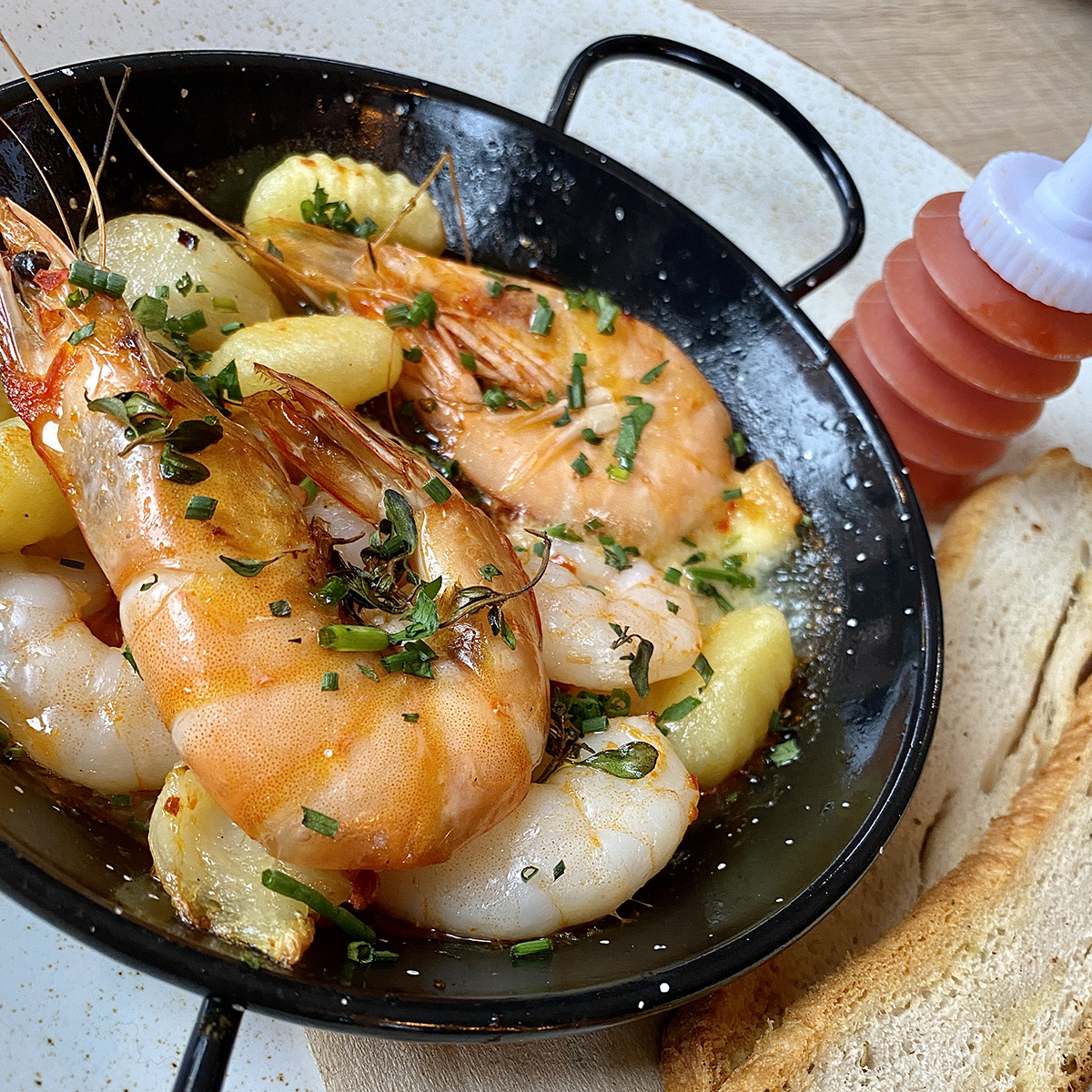 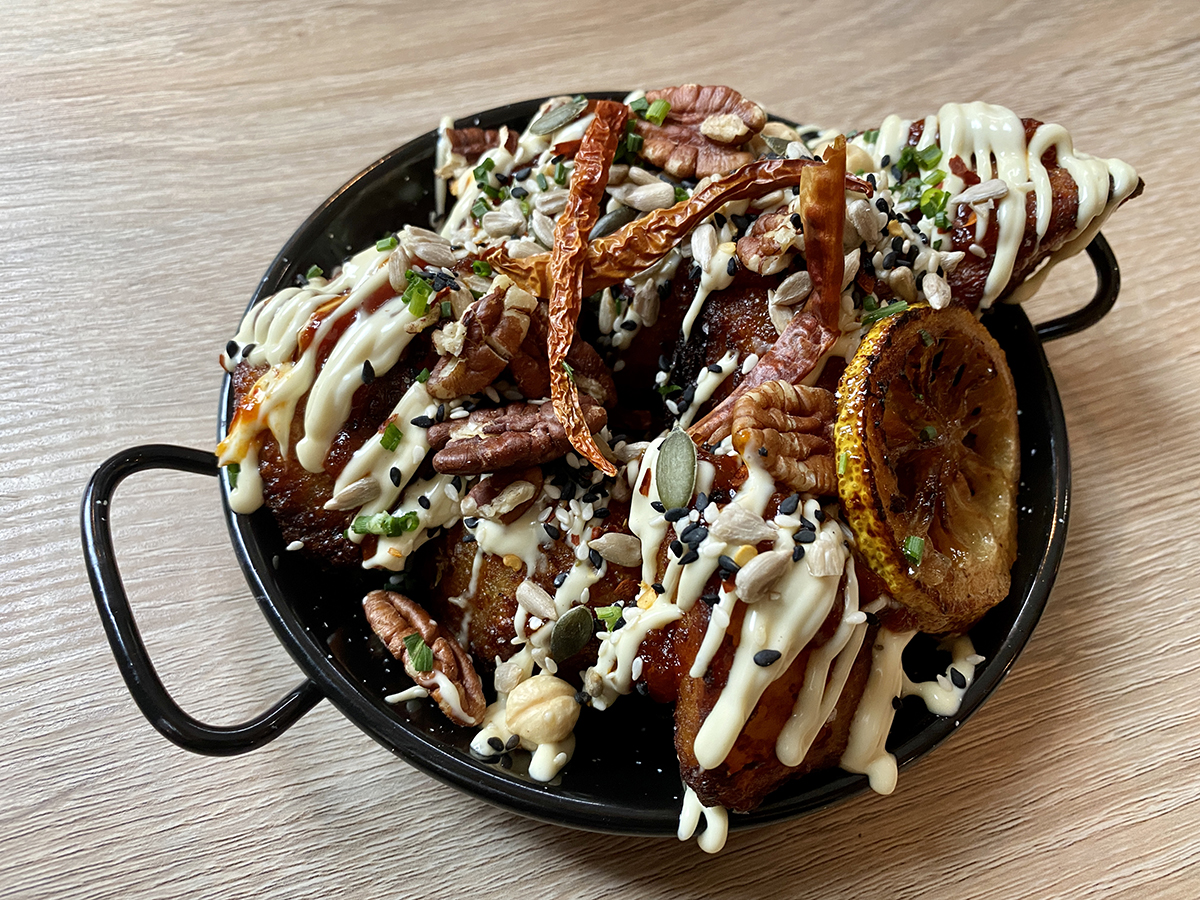 It’s clear to see that Michael has had a good time coming up with these dishes, and his enthusiasm shines through; “I always enjoy using interesting ingredients that aren’t always found on most menus, and it’s nice to have a bit of a sense of humour too.”

Alongside these delicacies are a selection of dishes that proved to be popular during lockdown when Elnecot were offering a takeaway service. “The more popular dishes that worked in lockdown introduced new people to us over that period and so we’ve kept them on the menu alongside the sort of dishes that we have made since opening.” 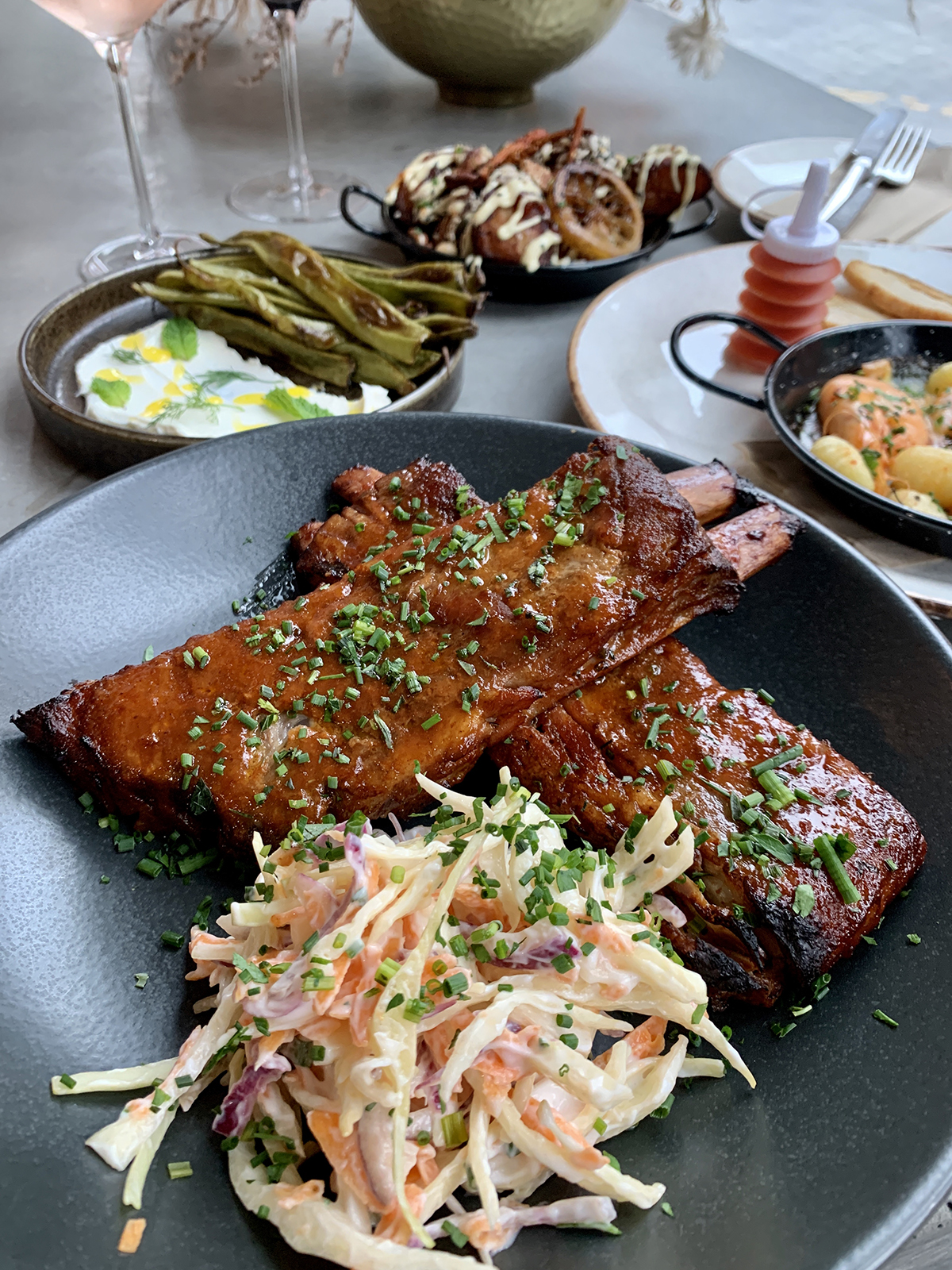 So, you’ll also see the Elnecot Burger (£10) and Kebab (£12) on the new menu, which are classics of course – but with that welcome Elnecot twist. Just reading the description for the burger is enough to entice a visit, with a double smashed beef patty topped with slaw, wild garlic mayo and a truly phenomenal Lancashire cheese called ‘Owd Yonner.

Finally, I think it’s important to bring up one particular dish that we tried – an elephant in the room called ‘Bollocks to Brexit’ (£10) – or, Lamb Testicle Croquettes!

“I had lamb testicles on the menu a couple of years ago and they were very popular so I was thinking about getting them back on the menu.” And so, he’s re-introduced the dish as a “super-rich concoction of ingredients from all over the world, using a combination of some of the cheapest (balls) and expensive products available.” 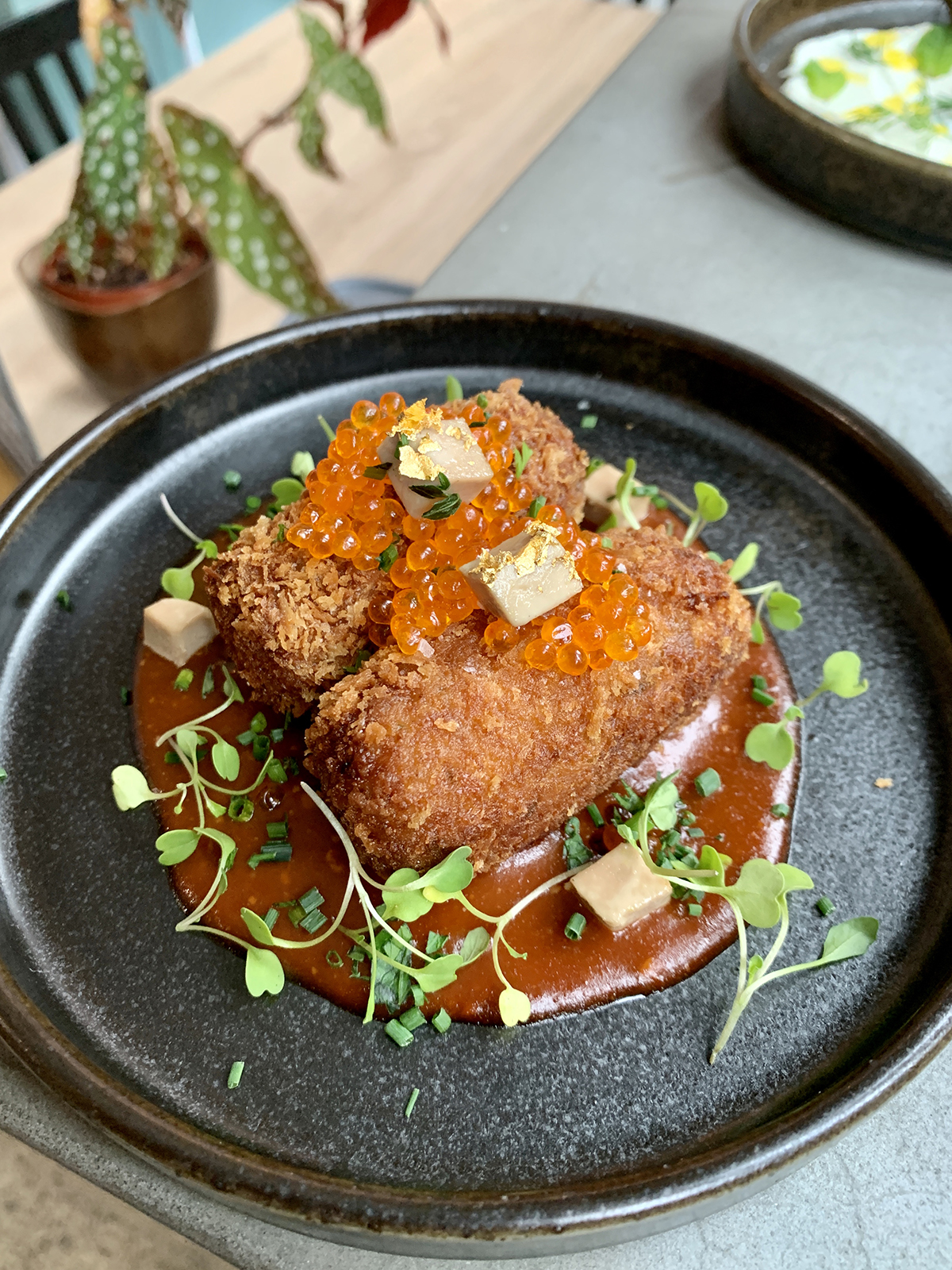 Michael explains; “It is meant to be indulgent, delicious and ridiculous. A pair of bollocks topped with 24 carat gold,” and referring it back to Brexit? “‘Bollocks to Brexit’ was a phrase that was definitely thrown around quite a bit last year (and one which I have some affinity with) so I thought it would be funny to create a dish around this as a starting point.”

Of course, we gave them a try on our visit and you know what? They’re actually really good. Rich, meaty and full of flavour – they’re certainly a treat – but one which exemplifies just what Michael has done with the new menu at Elnecot.

It’s interesting, unique, a little bit ‘out there’ but overall, each dish has been lovingly created by someone who is enthusiastic about the city’s food scene – and someone who wants to make their indominable mark on it.

Is this the End for Co-working Spaces?