The Salford Pub at the Heart of the Communist Revolution

Rumour has it that The Crescent on Chapel Street was once frequented by Karl Marx and Friedrich Engels. 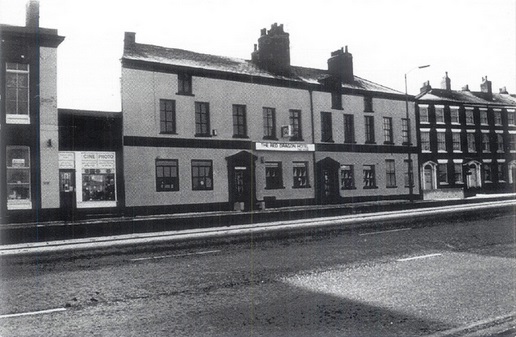 Image: Wallace Hunt at Salford Pubs of the 70s

Putting the world to rights in a grotty old pub on a Saturday afternoon is one of my favourite pastimes.

It’s a tradition that’s not in any way new, people have been thinking they’re right after a few pints of ale for years, and, what they usually find when they wake up at 6am gasping for a drink and riddled with anxiety is that they’re not. They’ve just spent all night embarrassing themselves.

However, this can’t be said for two pals who found themselves cradling an ale or two in Salford’s iconic Crescent pub that sits on Chapel Street. The pub has unfortunately been closed since 2017, but, back ‘int day when it was called The Red Dragon, German Philosophers, Karl Marx and Friedrich Engels are said to have formed the base of their manifesto in the famed Salford boozer. 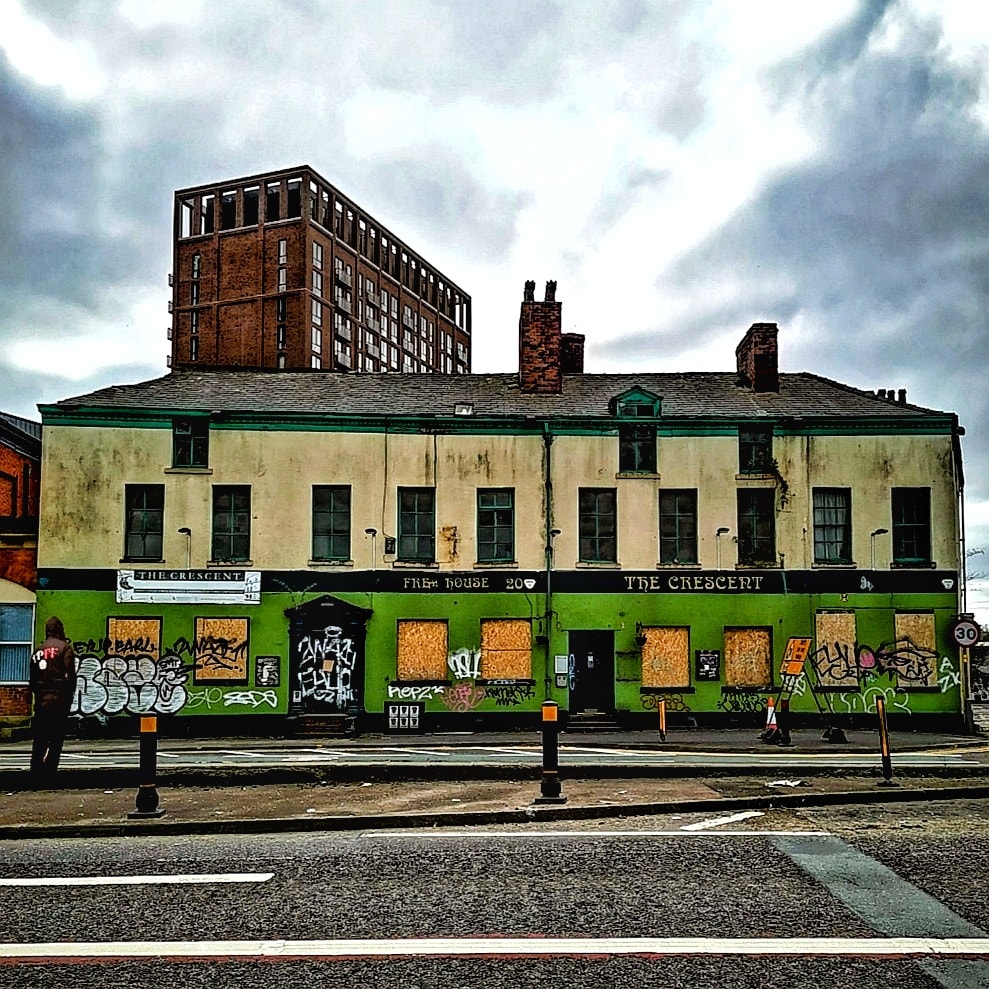 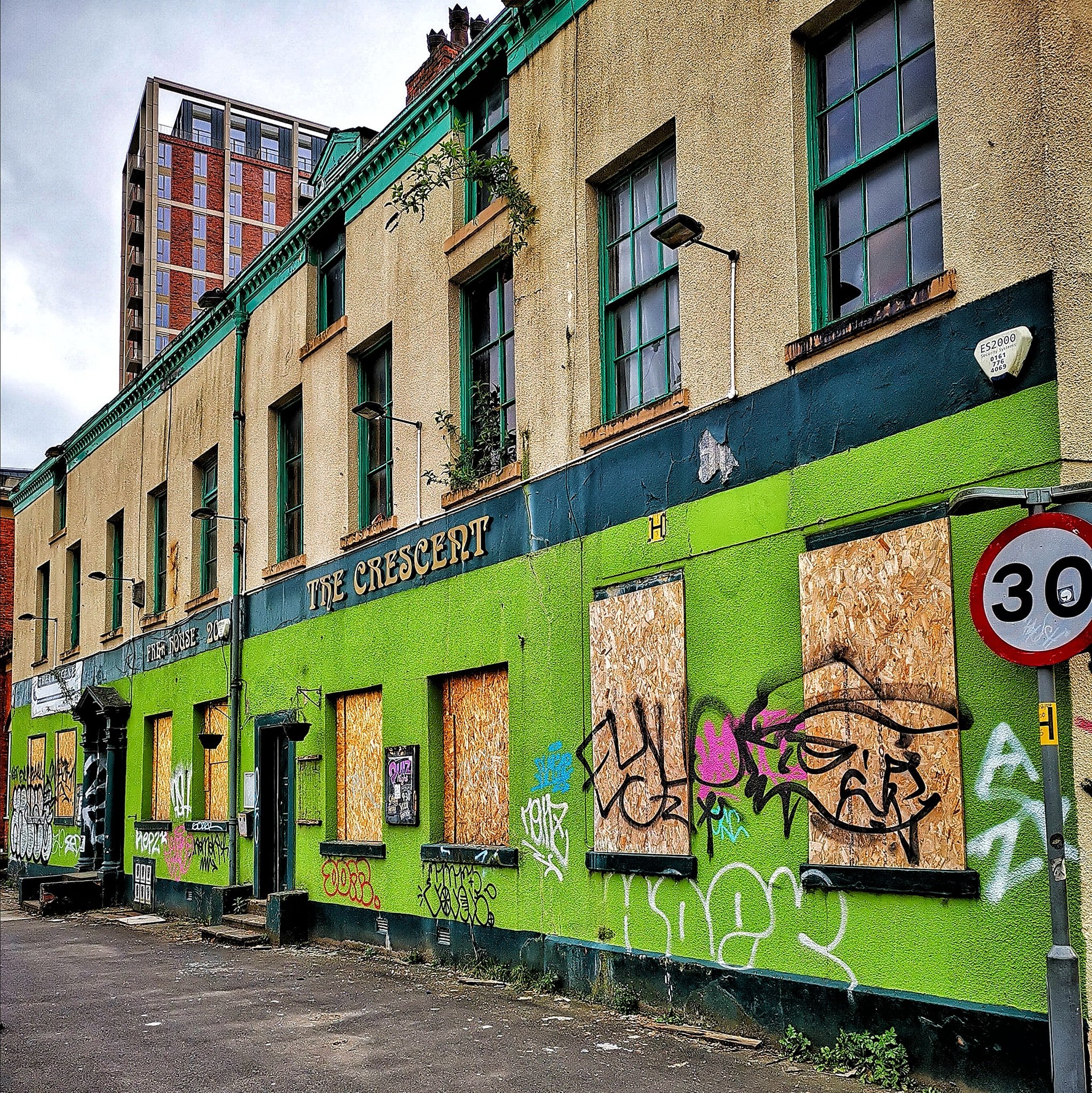 Marx and Engels moved to Manchester in the mid 19th Century to conduct some research into poverty and social conditions. The pair lived on and off here for around 30 years, with Marx coming to visit Engels a number of times, lodging at 70 Great Ducie Street near Strangeways prison, a house since demolished.

Engels had various Manchester addresses over the years. In the 1860s he lived at 6 Thorncliffe Grove, 25 Dover St, and 58 Dover Street – all in Chorlton-on-Medlock, all long demolished. During this time, Manchester as it stood, reaffirmed for both of them the truth behind their ideas of how society worked and where it was inevitably headed. 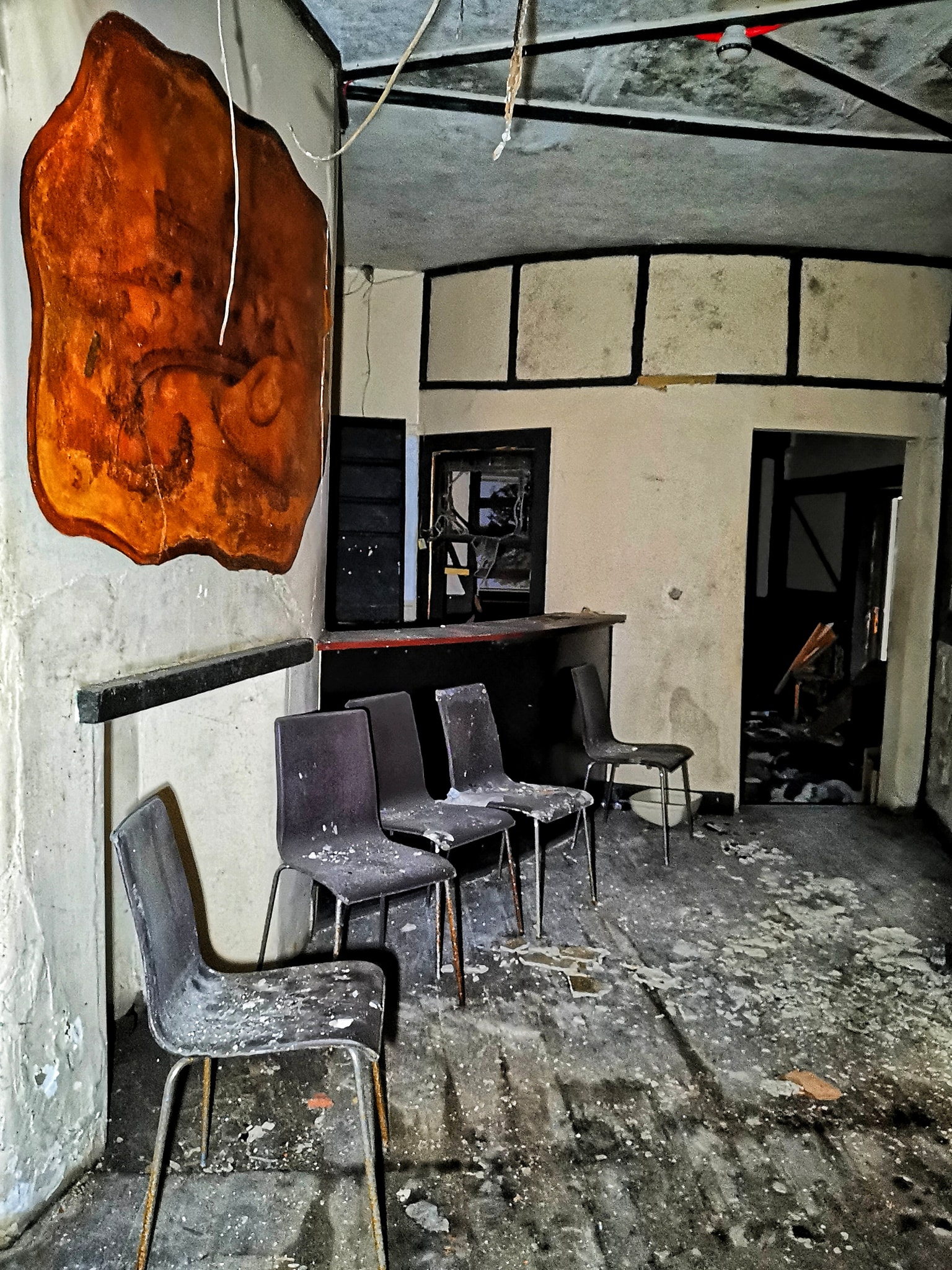 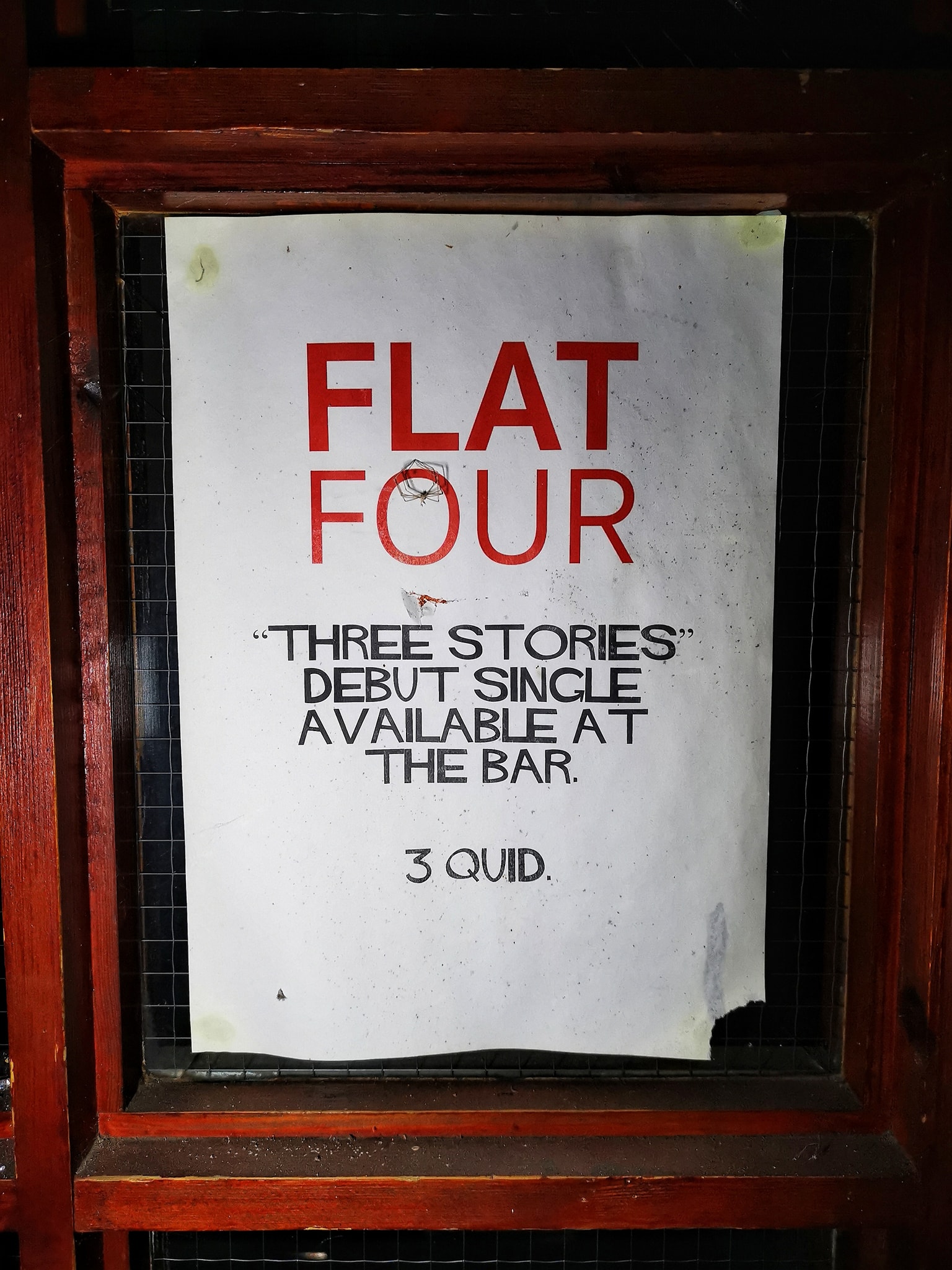 It was in the city that Marx and Engels constructed their infamous Manifesto of the Communist Party, one of the most influential political novels ever, as they drank atop the sticky carpets of The Red Dragon. The book was the cornerstone of much political movement across the 20th Century, and still encourages political thought worldwide now.

The 1848 pamphlet presents an analytical approach to class structures and struggles alongside the complications of capitalism. It states that societies have always taken the form of an oppressed majority exploited under the guise of an oppressive minority. They believed that the key to a fairer society was to replace a profit-based economy with public ownership and communal control.

Engels also developed The Conditions of the Working Class in England here, too. A book that is based on the slum streets of Angel Meadows and the injuries and injustices he found within them.

During The Crescent’s reign, it impressed punters with its ever-changing ale selection and rustic open fire. As the pub is so close to The University of Salford, it was also popular with students, and in the years before it finally closed its doors, it was well-known for its quiz nights and menu of comforting pub grub.

It was rumoured last year that the Crescent was to be reinvented again as The Red Dragon after its investors, who bought the venue for £325,000 back in 2016, drew up plans to transform it back into a traditional boozer. The aim is to bring back live music and also a brand-new addition to the back of the venue with the aim to provide the local community with services for activities such as conferences. 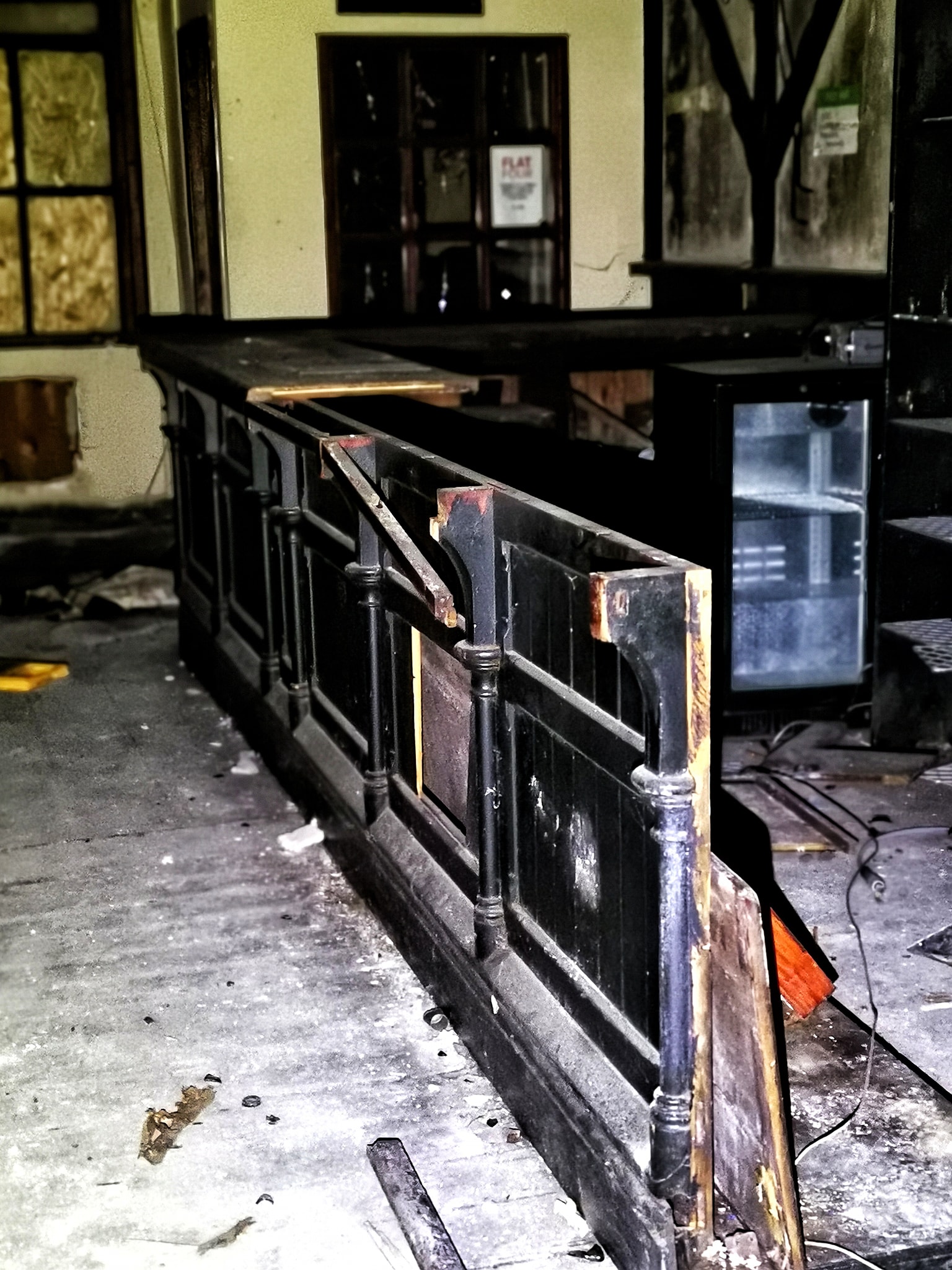 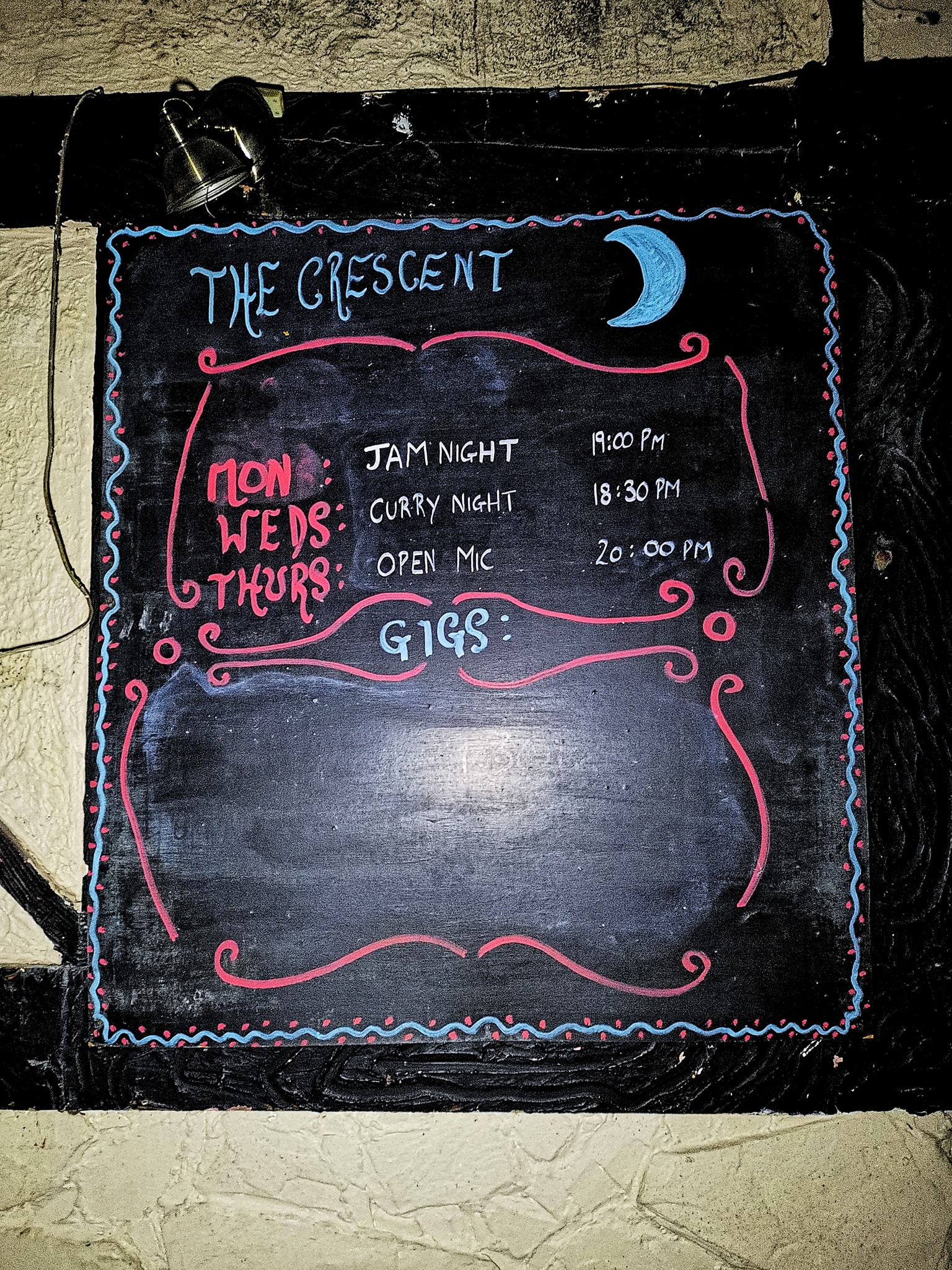 This is to go hand-in-hand with the redevelopment of Chapel Street, which will also see the old Salford Police Headquarters and the Newton building demolished to make way for thousands of new apartments, a multi-storey car park and a new school.

What would Marx and Engels make of this? They’d probably absolutely fucking hate it. It goes against anything the pair ever advocated for, but it could be great for the area. Even if we focus just on the reinvention of The Crescent. Salford is crying out for a decent live music venue, and if it comes in the form of The Red Dragon, who knows it might attract.

The Long Lost Castle & Falcon Pub: From a Sacred Women’s Prison to One of the Best Pints in Manchester
Pubs