Sigiriya seduces with a spiced slice of Sri Lanka: Review

I suppose if English restaurants ever sprung up across the world, they'd be called things like Stonehenge, The White Cliffs of Dover or Alton Towers. Sri Lanka's most iconic landmark, Sigiriya, lends its name to Hale's new eatery showcasing the island's food, but the country's real treasure is its spices and they steal the limelight.

A few years ago I was lucky to spend a couple of weeks in Sri Lanka and the country’s food certainly lived up to its seductive reputation, so I was pretty excited to hear about the opening of Sigiriya, especially given the cuisine’s underrepresentation in Manchester. It looks the part too, no expense has been spared on the place and the interior really impresses with a casual and contemporary vibe but plenty of authentic looking artefacts and touches.

Those on the hunt for something more like they’re used to can choose Indian style dishes from the menu, with your usual grilled starters and classic curry favourites well represented, we swerved them for the Sri Lankan stuff though- well except for poppadoms of course.

Our first proper dish of Spicy Fish Cakes, was reminiscent of the sort of golden, fried roadside snack you’d find locals peddling at bus and train stations in the country. The meal was characterised by delicate but warming, earthy spices that slowly intensified throughout the evening and that all started with the wholesome aromas of ginger and black pepper in those little nuggets.

Our other small plate was the more familiar Indian favourite Paneer Puri. Flaky, fried, folded bread filled with scrambled spicy cheese felt like the ultimate comfort food. Fresh paneer has such a satisfying texture and even more so when swathed in a soft chewy wrap.

Island nations are always going to bring fish to the fore and there a few seafood choices on Sigiriya’s mains menu. The Green Fish Curry features fried, battered cod and combines the fresh herby zest of mint and coriander with the thrust of mustard and green chilli. Photographing curries isn’t always the easiest, steaming stews aren’t always the sexiest things in front of camera, but both of these were definitely pleasing on the eye as well as the tongue.

Each dish was on the creamy-curry-spectrum but they were far from bland, no korma-esque disappointments here. It’s easy to forget that chilli had no place in Asian cooking until introduced by the Portuguese, and the Beef Medallions Curry had a beautiful complexity of flavour from the plenitude of spices which would have provided heat before capsicum arrived. The slow crescendo of cinnamon, cardomom and black pepper came to a head fantastically in that final spicy bowl.

Desserts take the form of classics with a Sri Lankan twist which are suitably and quite sensibly light. The cashew topped creme caramel inspired Watalappan was the pick of the bunch for me, happily redolent of the classic 80s dessert but perked up with a nutty sprinkling of crunch. The Sweet Coconut Pancake worked nicely too, a packing of shredded fresh coconut adding crispy composition to the fried dough batter.

In truth there are plenty of classic dishes missing from the menu which I enjoyed in Sri Lanka, such as sambal, hoppers and kottu roti, and I’d love to see Sigiriya ditch the Indian stuff and replace them with more of that traditional fare. The popularity of proper Indian food over Anglicised versions in recent times has proved there is a real appetite for authenticity now. It has to be said though that the curries in Sigiriya are excellent and undoubtedly demonstrate the fantastic array of spices within the country’s captivating cuisine. 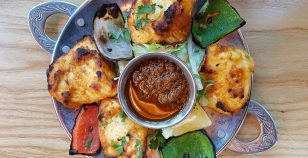 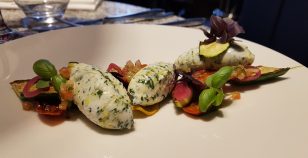 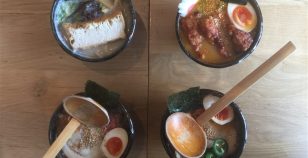