The Best Korean Restaurants in Manchester

Everyone knows Korean BBQ is the best, but there's much more on offer at these places too... 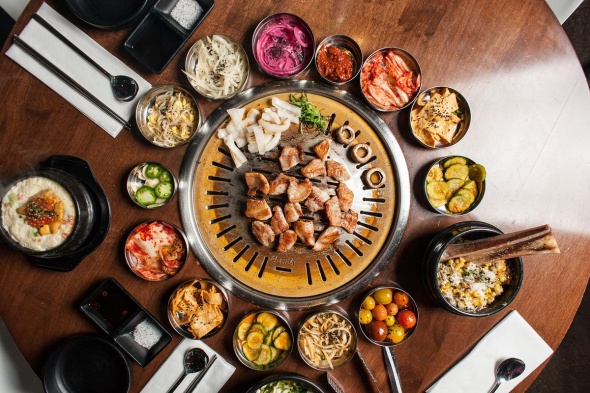 Ban di Bul
A cracking Korean BBQ place that’s stuck in a little bit of a no man’s land between the Town Hall and Chinatown. Don’t let this obscure location deter you though, because once you’re inside you’ll be treated to what is undoubtedly a superbly authentic Korean gastronomic experience. Cook your meat and vegetables right on your table, exactly how you like it and using the many sauces, spices and sides that are provided. Oh, and make sure you get a few bowls of their side dish – Pan Ji O Ri – spring onions coated in chilli paste, sesame oil and sugar (and better than sex). 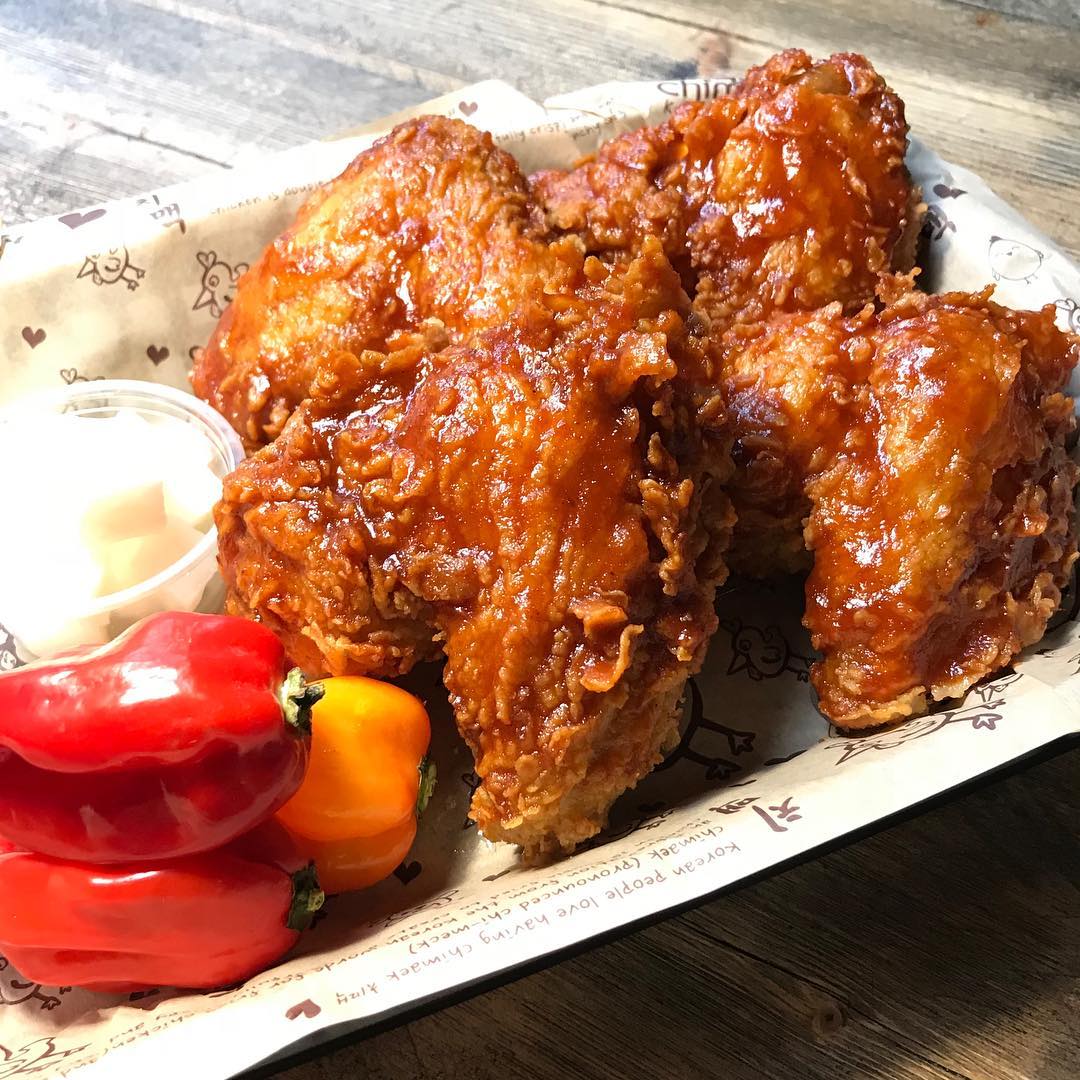 Chimaek
Korean Fried Chicken is massive nowadays, and rightly so. Crispier and spicier that the typical US-style that we’ve all been scoffing over the last few decades, Korean FC is usually fried twice, making the skin crunchier and somehow less greasy. Chimaek offer up some absolutely brilliant KFC from their restaurant just off Oxford Road, down the side of the road where the 24hr Spar is. Grab a Sharing Combo, a couple of beers and enjoy. 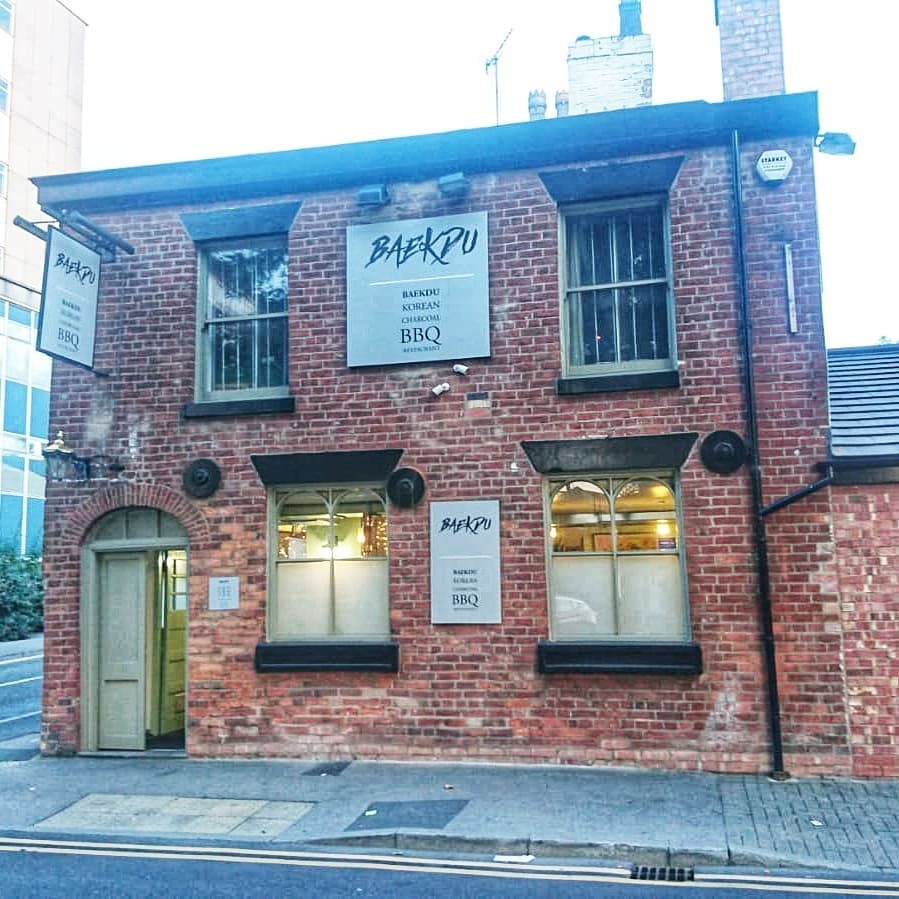 Baekdu
A favourite in Stockport for many years now, Baekdu offer up an excellent Korean BBQ that you (naturally) get to cook right there at your table. They also do a mean Hot Pot here, including an all-singing, all-dancing seafood one which comes packed with crab, cod, squid, mussels, prawns and octopus – perfect if you’re into that sort of thing. Make sure you bring a bib with you too. 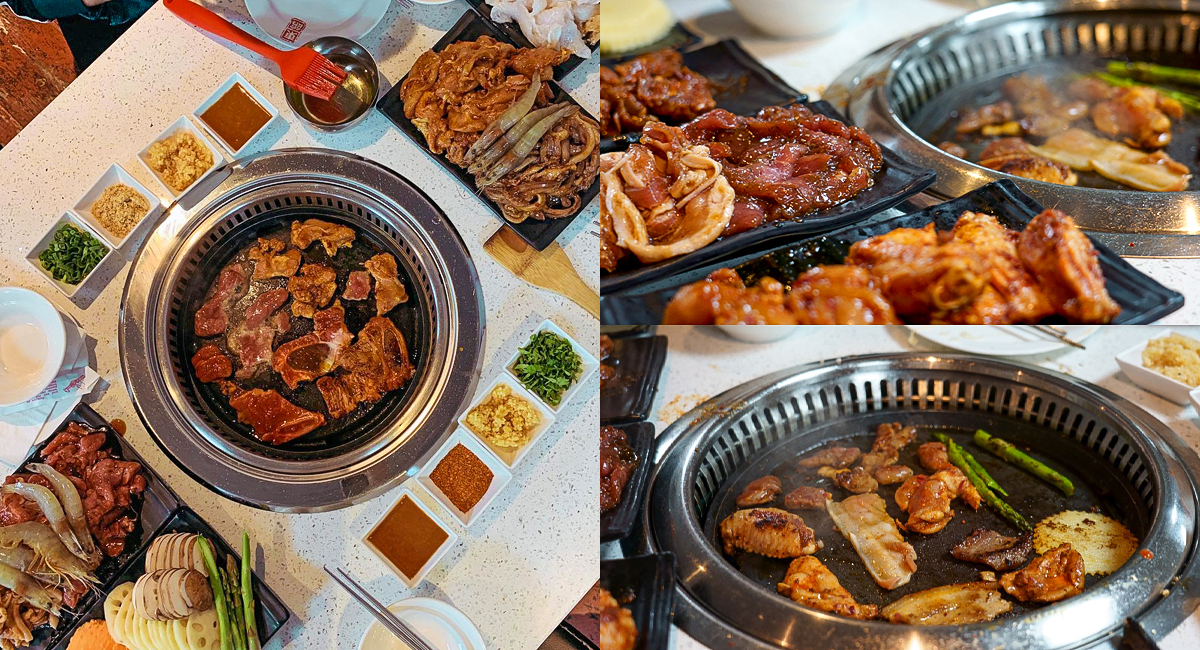 Azuma
A personal favourite here in the Finest office, Azuma is a very unassuming restaurant in Hulme, just near the MMU Cambridge Halls bit. Easily missed, step inside and you’re usually greeted by the fantastic staff who’ll make you feel right at home, plonk you down and give you a form to fill in. For £22 per person you can order as much as you like for the BBQ – just tick the bits off the sheet and they’ll bring it over. Cook yourself at the table however you like alongside some seriously cold bottles of beer. 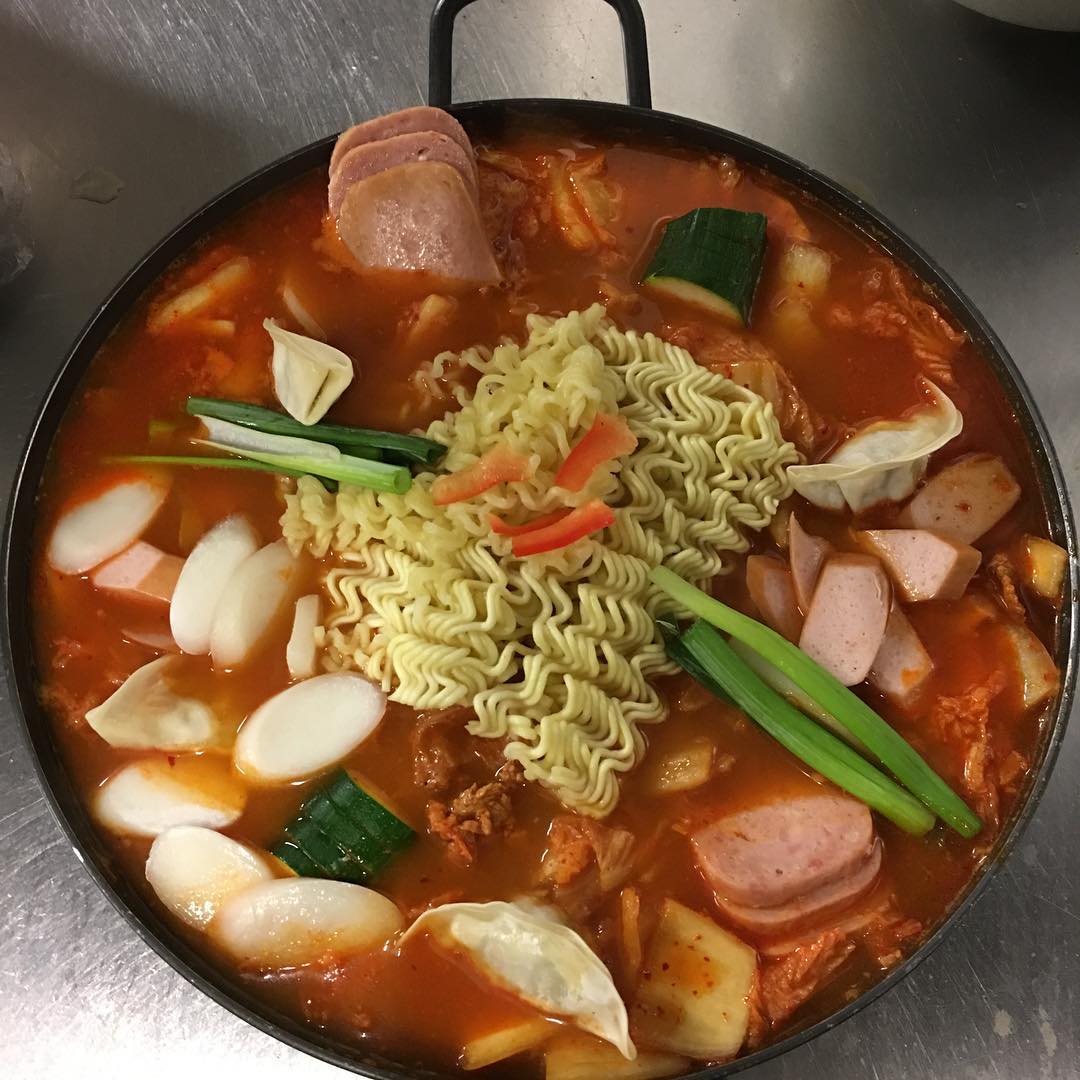 Koreana
A firm city centre favourite for years, Koreana is at the far end of King Street, just past San Carlo. Descend the stairs into a basement of pure Korean delights, where they specialise in some of the more obscure dishes that you won’t find elsewhere in the usual Korean BBQ or Hotpot venues. They do a mega Bibimbap in here, which you must try, and their Budae Chigae (above), or ‘Army Base Stew’, is a truly unique experience. 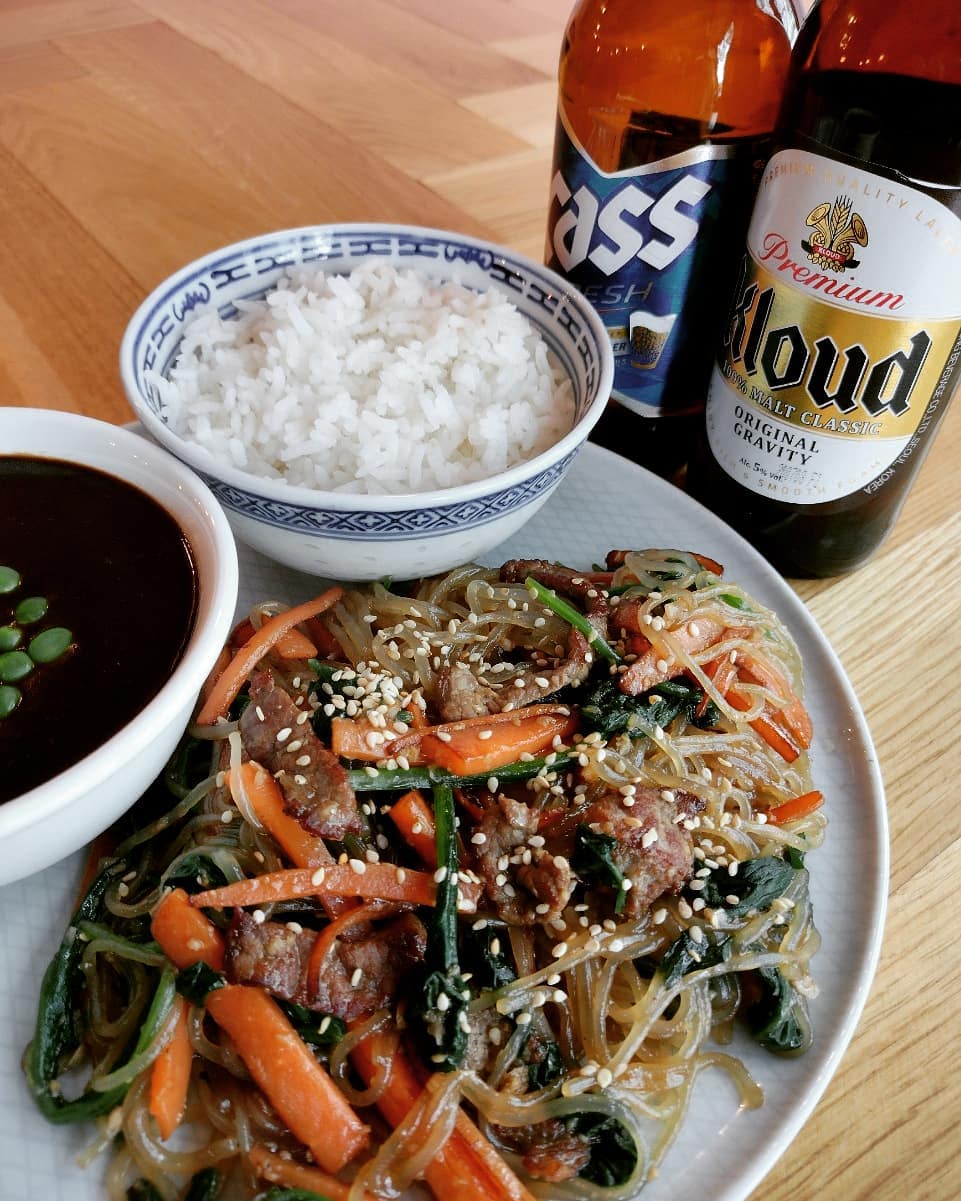 The Thirsty Korean
Chorlton’s Thirsty Korean is a cracking little restaurant that serves up some proper authentic dishes seemingly plucked straight from the streets of Seoul. There’s some seriously good KFC here, as well as a rather impressive selection of Soju – Korean rice wine which will get you bladdered in no time. They also serve bottles of Cass lager in here too, which is a fucking amazing beer and probably the only place in Manchester that you can get it. 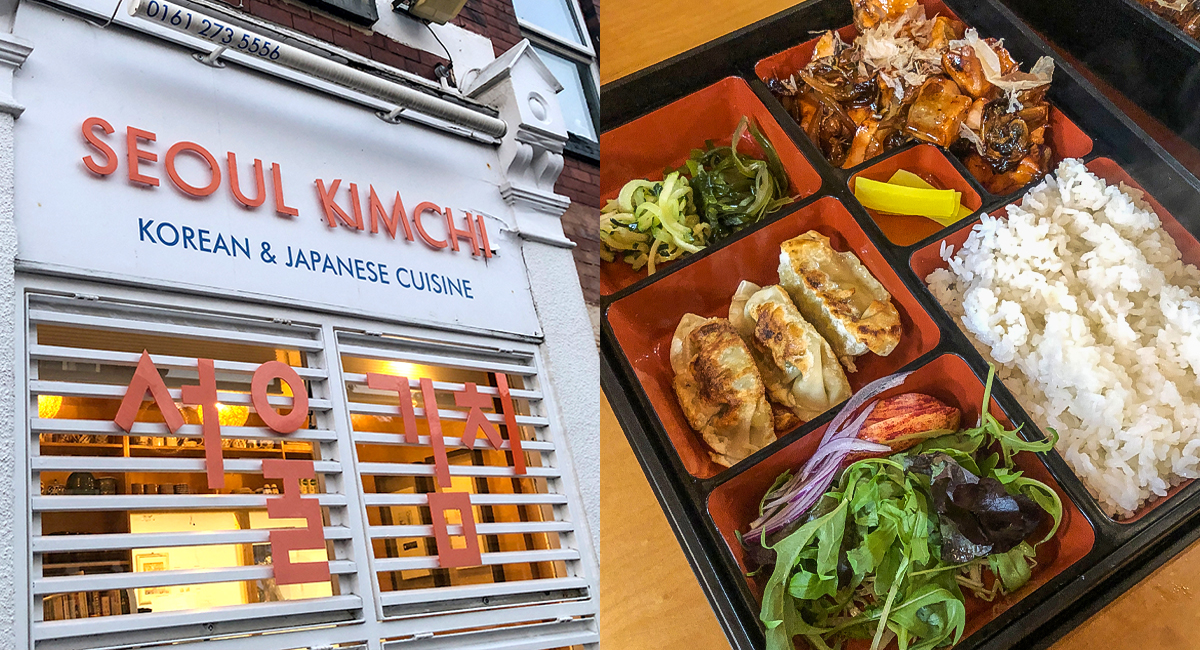 Seoul Kimchi
With glowing praise from Jay Rayner when he visited back in 2017 – “The soup should be offered on prescription” – Seoul Kimchi is another Korean offering with a rather odd location that just seems to work in its favour. It’s on Upper Brook Street, opposite the entrance to A&E and next door to a petrol station and a Subway. It’s tiny too, but what it lacks in prime real estate it makes up for in spades in the kitchen. I went a few months back and it’s still got it! 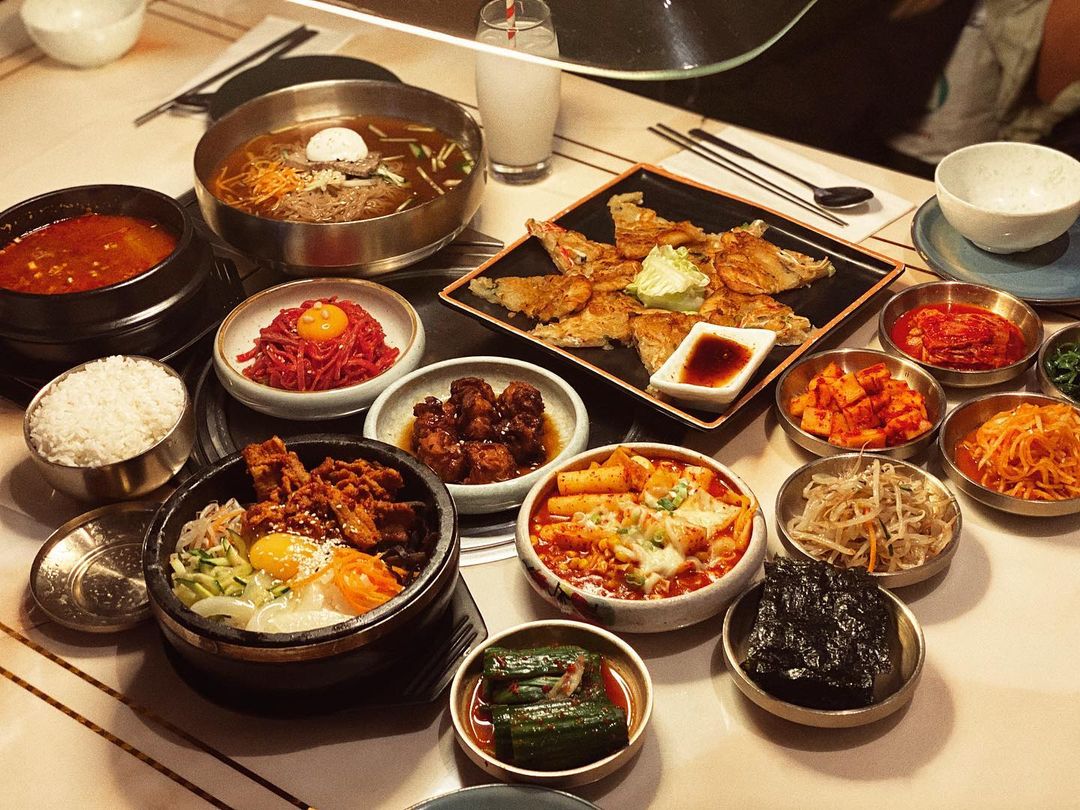 Anneyong
Whenever I hear or see or think about this place I instantly think of that little Korean kid in Arrested Development. Anneyong means “Hello” though – which is the whole point of the gag really – and this restaurant sits at the up-market end of Manchester’s Korean BBQ world. It’s a much more extravagant and boujee affair when compared to the other BBQ joints on this list – so if you’re looking to impress, perhaps for a birthday or a date or something – this is the one. 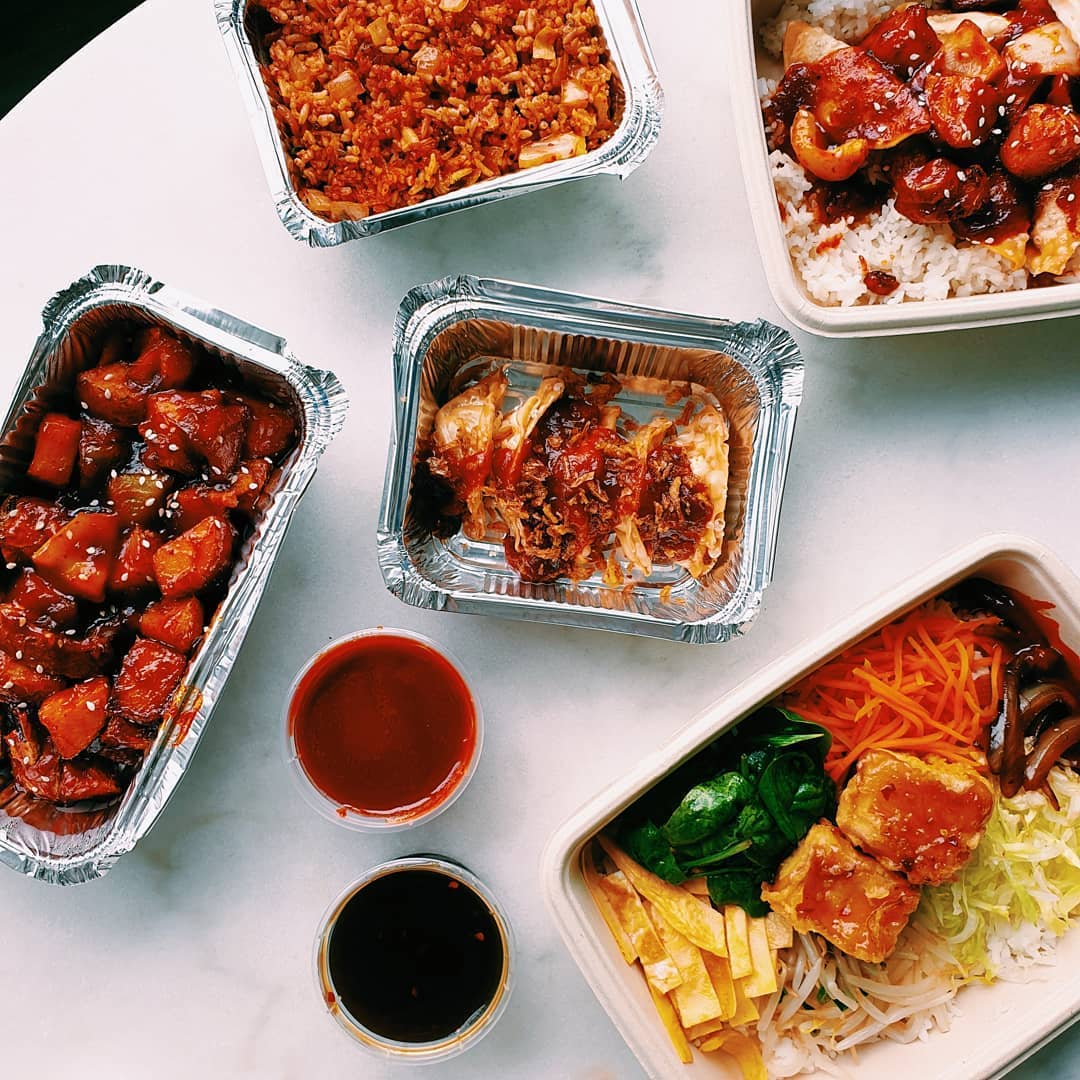 eatGoody
You’re a lucky person if you manage to get some food from eatGoody at the moment. Usually only really ever open at lunch time, these pre-pandemic days still have them open only 4 days a week (Tuesday – Friday), 12pm – 2:30pm. Get yourself in there though and you’ll be treated to some absolutely fantastic Korean dishes, including one of the best Bibimbaps ever – the sublime Teriyaki Chicken. 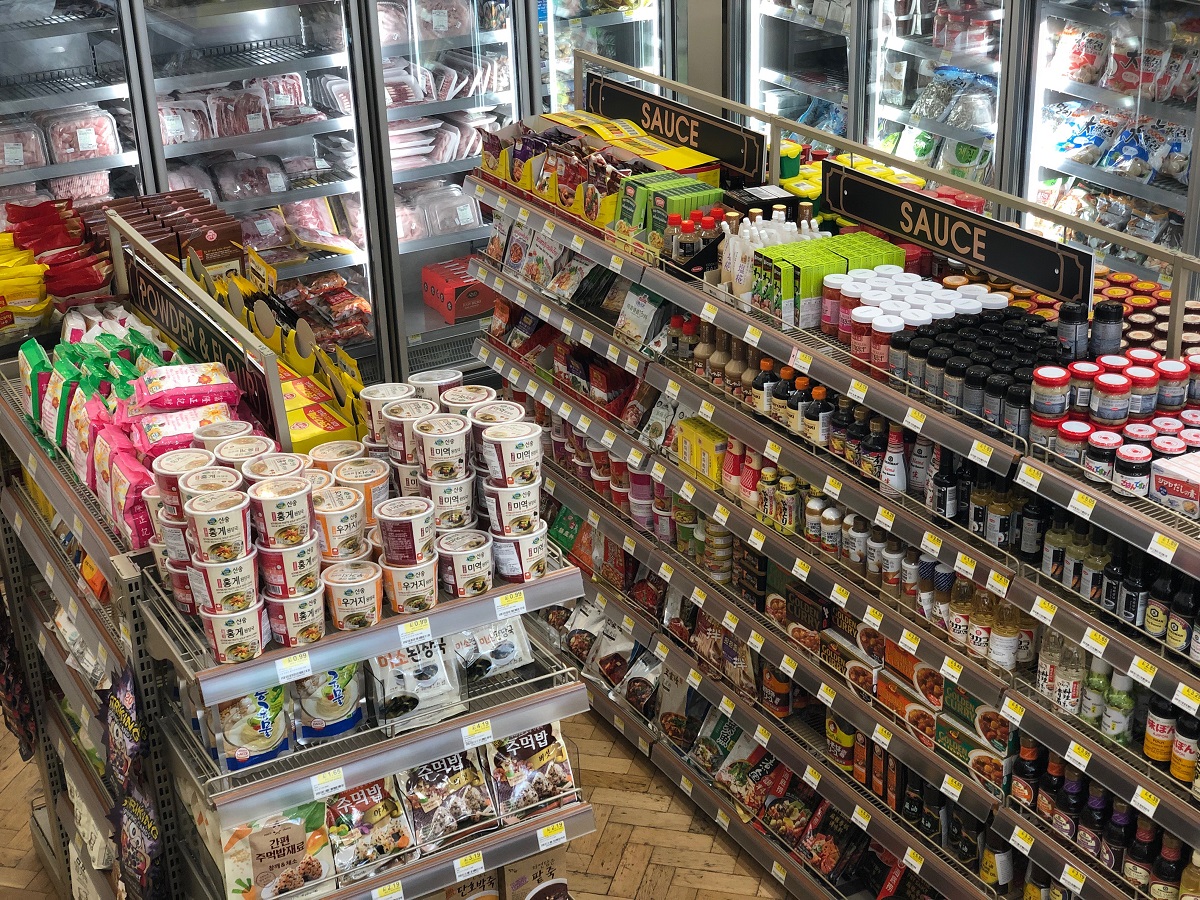 Oseyo
The largest Korean retailer in the UK, Oseyo appeared on Oxford Road a couple of years back and certainly impressed us all with two floors of groceries, fresh food, Pokémon drinks, toys, stationary, housewares and electronics. They even offer up dumplings and bao buns and other hot delights at their front checkout. Oh, and K-Pop albums.