A True Foodie Gem: The Neighbourhood Eatery where EVERYTHING is made IN-HOUSE

With over a decade of experience behind them, this neighbourhood spot has become a must-visit in recent years... 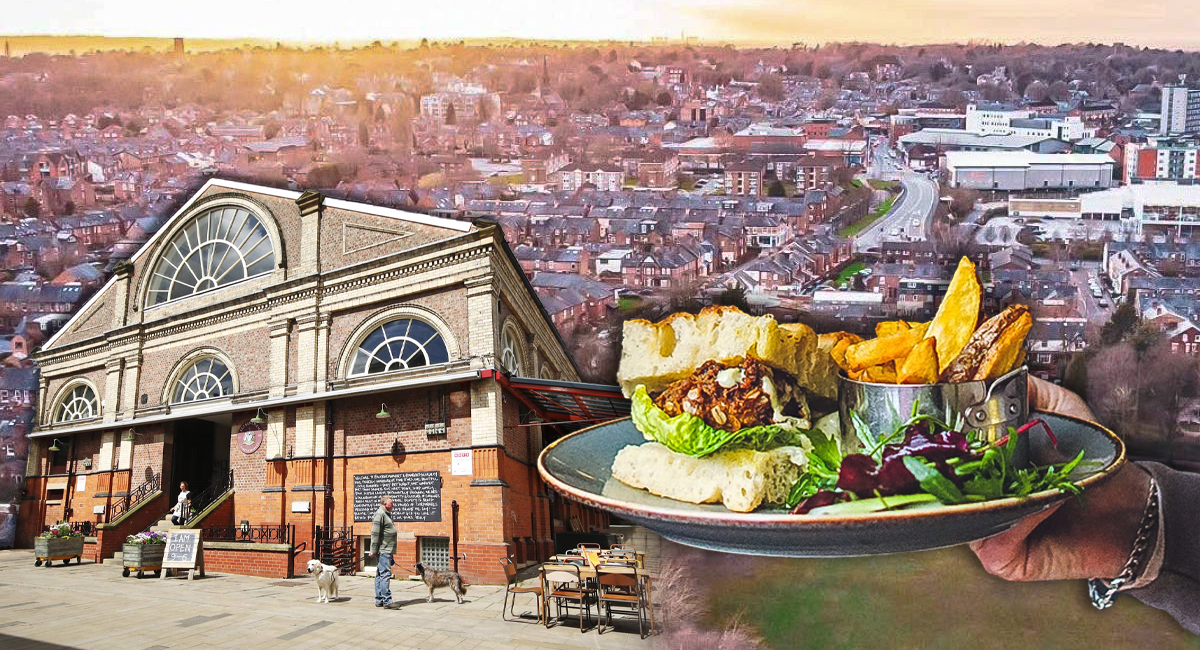 It seems like I’m always writing about Altrincham nowadays. Sometimes a day goes by when I write more about the south Manchester suburb than I do the city centre, and hot on the heels of the town’s recent accolade of being voted the ‘Best Places to Live in the North West‘ in The Sunday Times – here I am again.

It’s not difficult to see why I’m seemingly always mentioning Alty in my writing, especially with such a recent flurry of activity in the town; with shipping container villages arriving, renovations to the Stamford Quarter and a wave of brand-new bar and restaurant openings – all despite the cold chill of a winter stuck in COVID-19 lockdown restrictions. 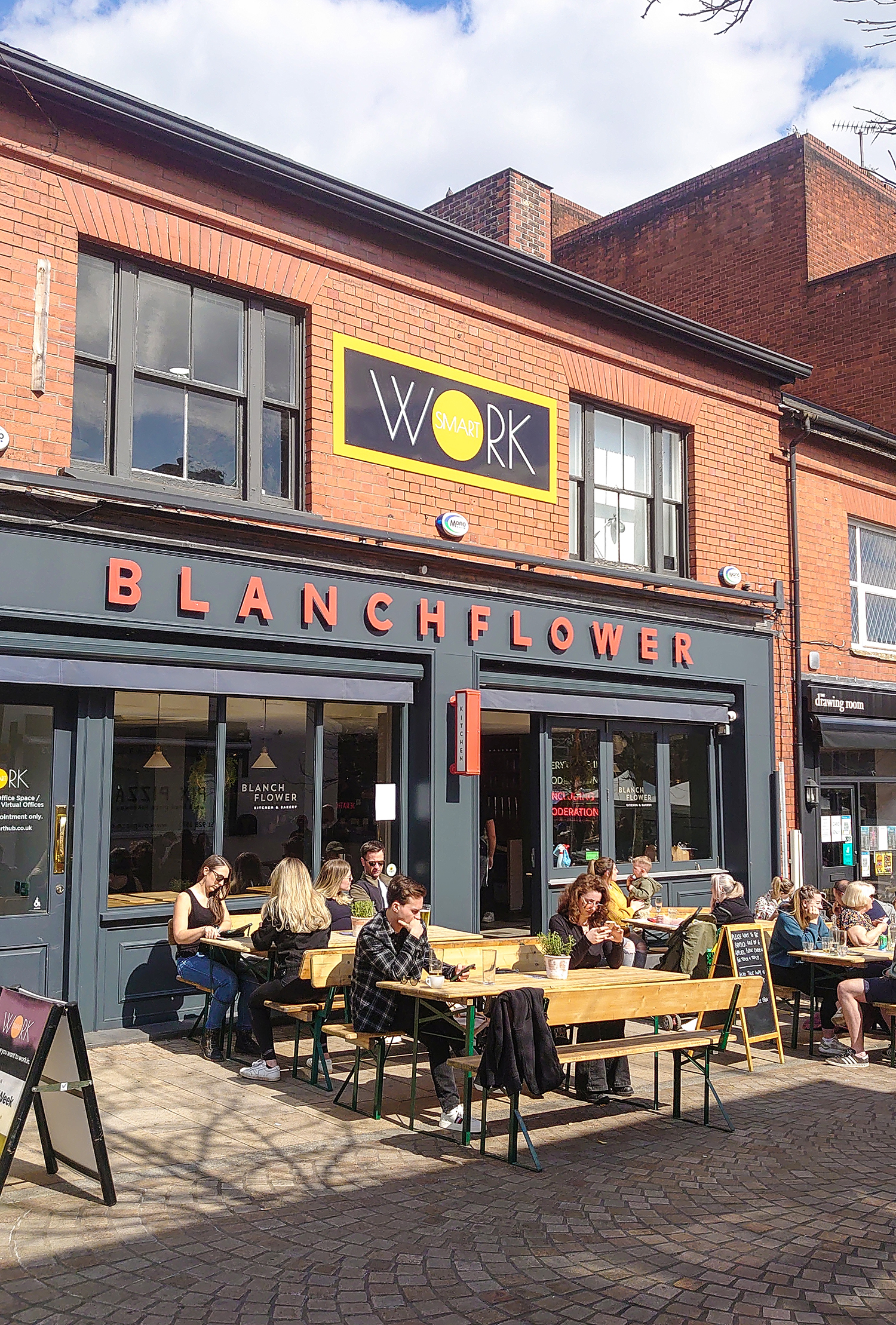 This time it’s different though. After a recent visit to Blanchflower, and a chat with its owner Phil Howells, we’ve has uncovered a wealth of heritage and experience behind one of the city’s best neighbourhood eateries.

You see, Blanchflower has seemingly become a dependable and always reliable addition to the streets of Altrincham, and where things are changing at a mile-a-minute, Blanchflower sits proud and confident – serving up outstanding brunch and lunch dishes, baking their own bread and pastries and serving up top speciality coffee to visitors and residents alike. 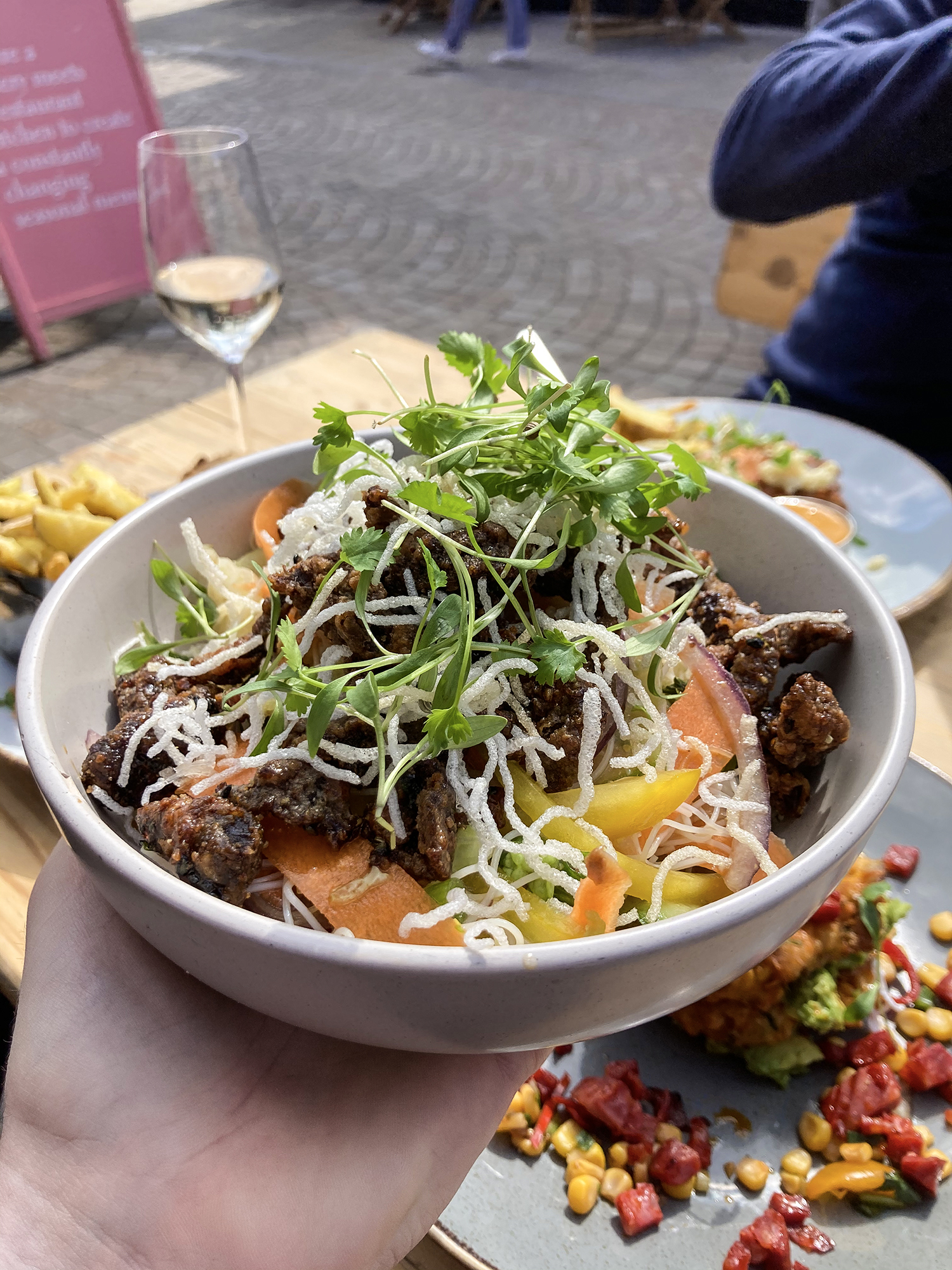 It all began back in the early ‘teens’ – well, it was more like 2011, when Phil and his wife Claire had moved up to Manchester from London, and, inspired by the café culture that had started to make its way into the capital from Melbourne, opened up Caffeine & Co near the Town Hall.

There were already a few early-bird pioneers of this new culture in and around the city, with North Tea Power recently opened up on Tib Street, and Coffee Fix down in Gately, which was serving up a top-notch breakfast and locally roasted beans to the frequent cyclists and locals who found themselves there.

Things quickly progressed, with Phil & Claire subsequently adding the café in Longford Park in Stretford to their line-up and essentially baking their own sourdough under a tree in the park on a daily basis. 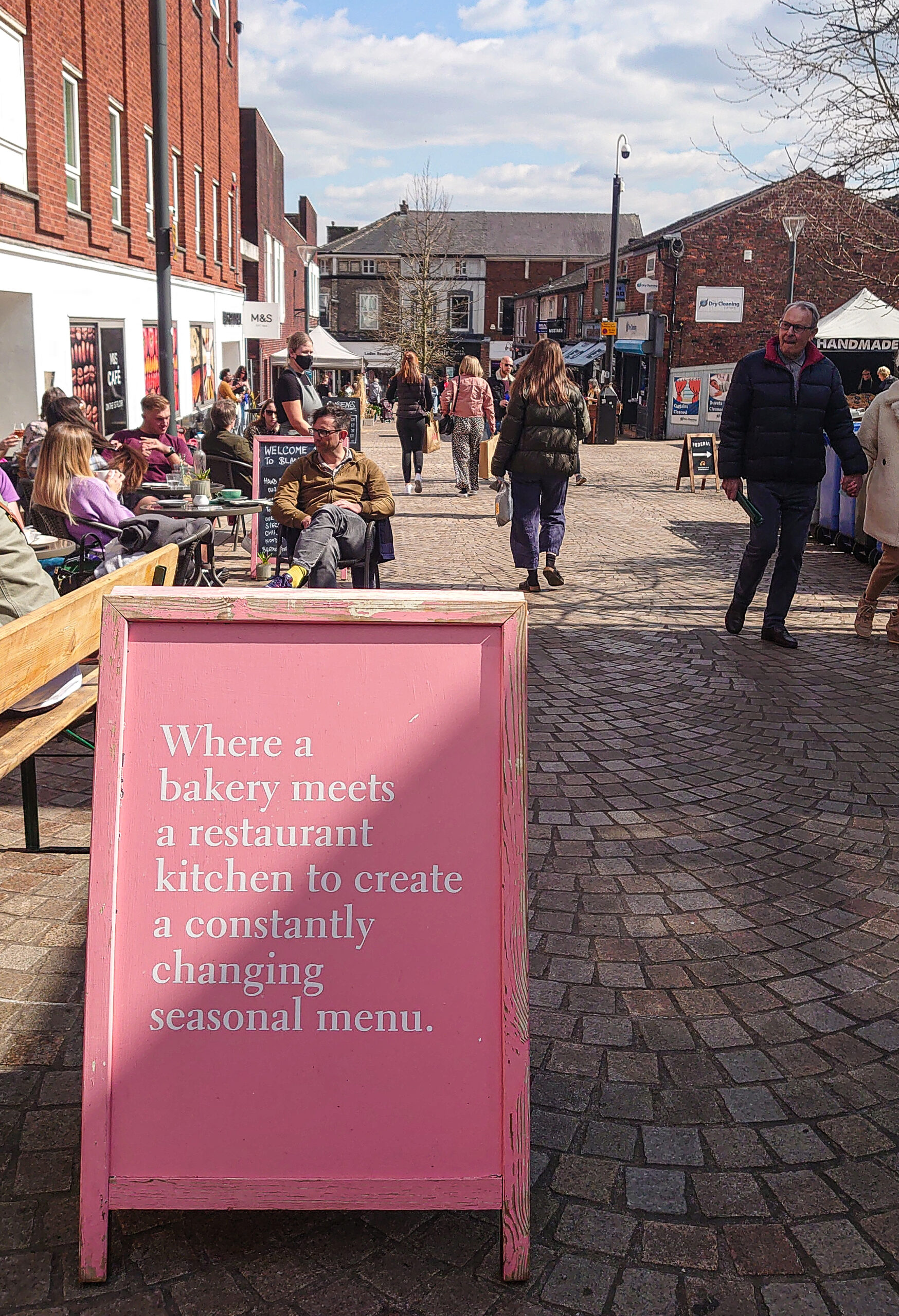 The whole concept of these cafes was completely new and different – and something that Manchester hadn’t really seen before. The notion of local coffee blends, vast choices of loose-leaf teas, freshly baked cakes and pastries, on-site baked sourdough, smoothies, vegan and even BRUNCH itself – were all novel and new to the people of the city.

Phil & Claire rode the wave of popularity for it all and ultimately used their experience to move into Altrincham and open Blanchflower – at a time when the town itself was in a dire need of regeneration.

Back in 2010, Altrincham was suffering from the highest high street vacancy rate in the UK – with 1 in 3 shops stood empty. It wasn’t until the arrival of Altrincham Market in 2014 when things started to turn around, triggering a spate of exciting new independent operations like Blanchflower and Sugo Pasta Kitchen. 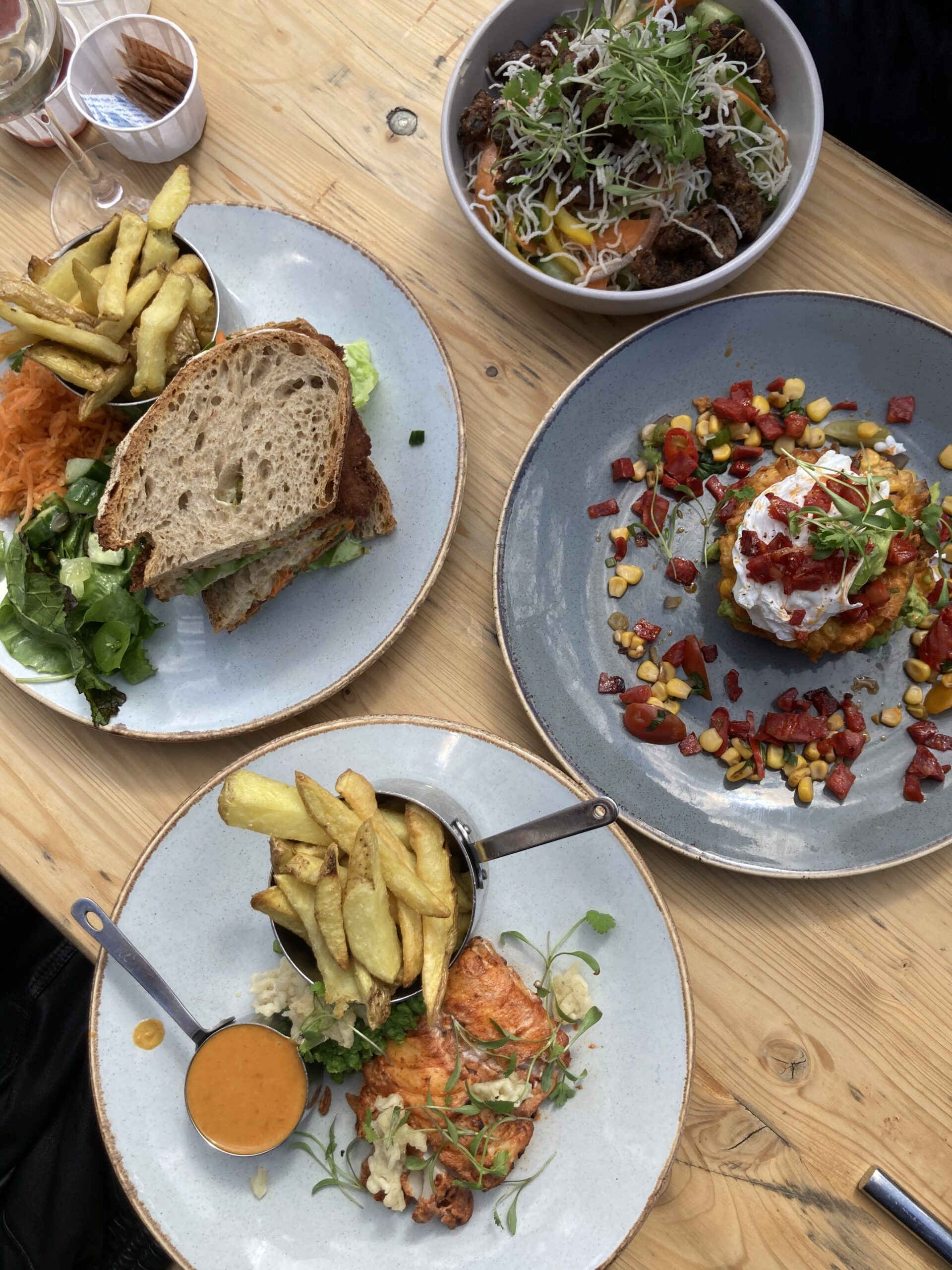 These early years living and breathing all things coffee and brunch went into the heart and soul of Blanchflower, and it’s a heritage that they’ve been able to build on and improve on over the ensuing years.

Sitting proudly outside the venue today is as succinct a description of Blanchflower as is possible without spilling into multiple pages. It reads…

Even from the smallest pastries, through to the freshly baked bread and right up to their complex new dishes on the Spring/Summer menu – everything is made IN-HOUSE and with a weight of skill and knowledge behind it that lets you know that you’re eating somewhere truly special.

Nothing exemplifies this more than their new Tandoori Baked Cod (£14) a lunch dish which is exceptional, served with chunky chips, a tangy pea chutney, ‘scraps’ and a homemade chip shop curry sauce which will make you never want to try the stuff from the chippy ever again. 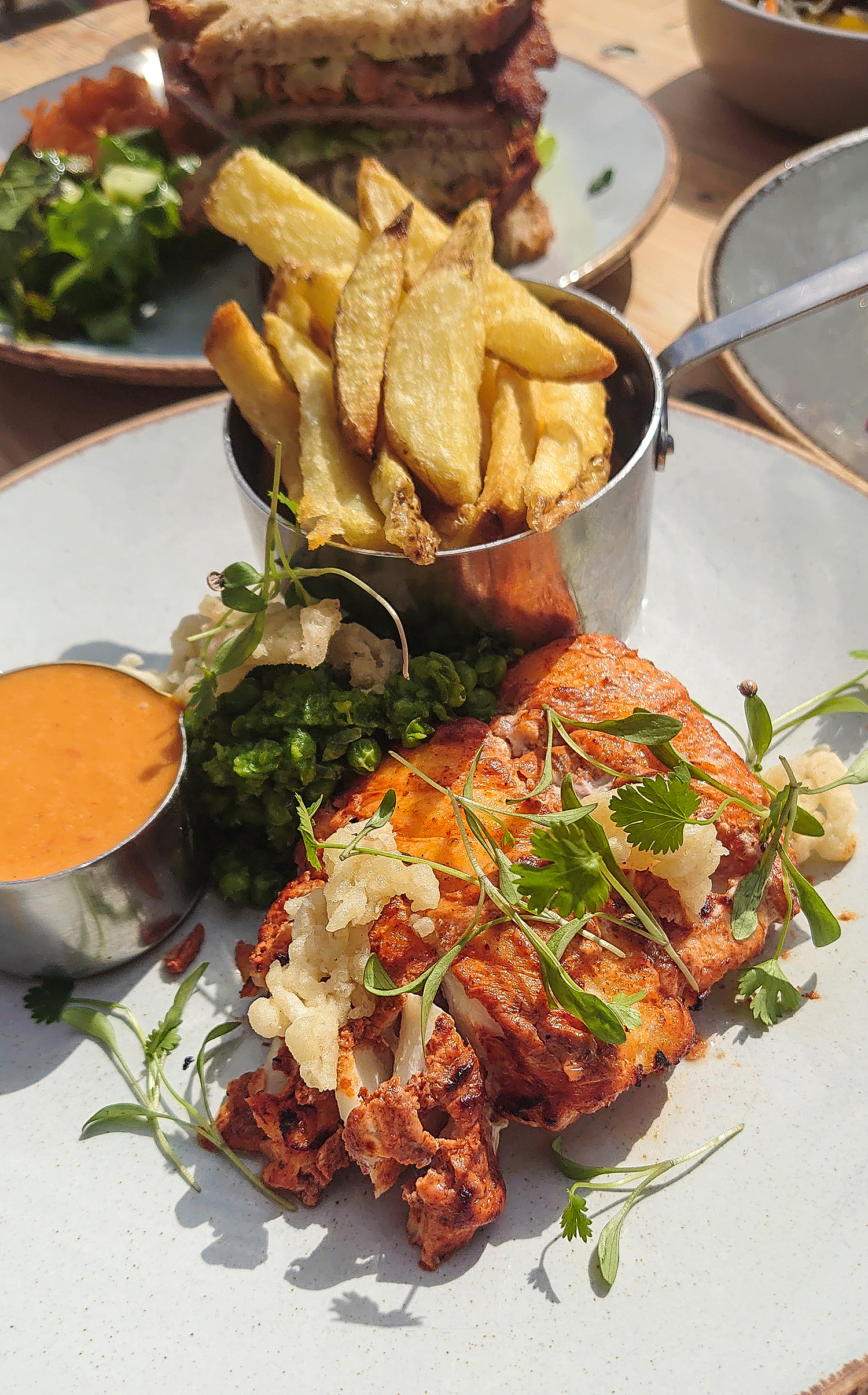 Perfectly finished so it flakes away at the slightest of touches, the Tandoori Cod is a surprising addition to Blanchflower’s offering – one which many have considered to be traditionally been based around classic brunch dishes and quick lunch time sandwiches.

But that’s exactly the point. Phil and his team are always looking to innovate and move forward, fearful of becoming stagnant and overlooked in such a competitive location – Blanchflower’s menu is always changing, adapting and improving – meaning no two visits are ever really the same. 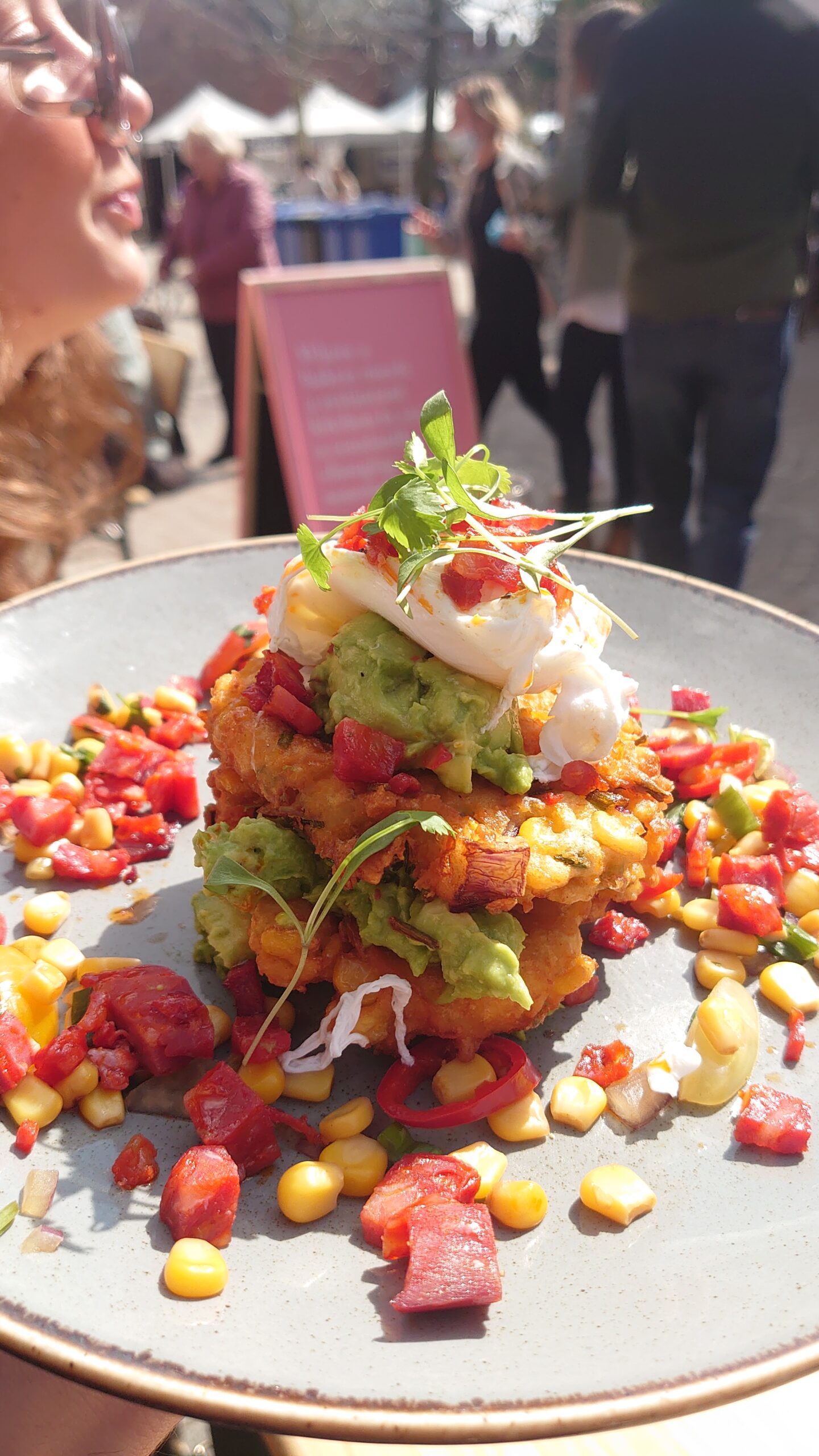 We also sampled their new Asian Crispy Beef Salad (£11.50), another interesting (and delicious) addition to the offering and one which will surprise a lot of people with just how good it is.

Similarly, the new Salt & Pepper Pork Schnitzel & Kimchi Sandwich (£9) is a dish that manages to bridge the gap between the heritage of Blanchflower, and the desire to constantly move, change and improve that keeps people coming back.

People may still choose many of their classics, but these new dishes, by their very inclusion on the menu – offer up a clear signal to all that Blanchflower are not just resting on their laurels, relying on their reputation but instead are willing to take risks, innovate and never stand still. 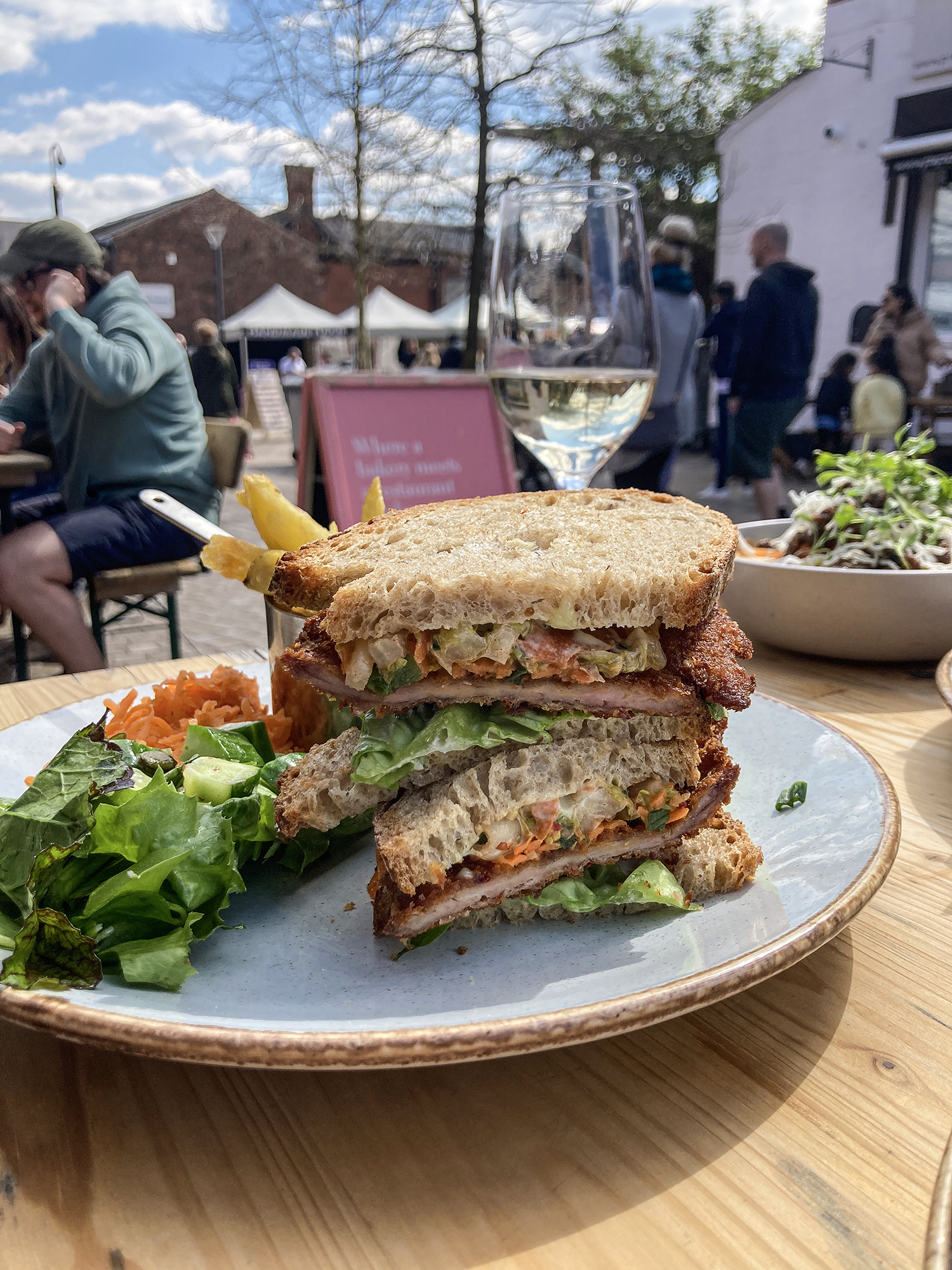 The food and drink offerings at Blanchflower is something Phil & Claire began to create a decade ago at Caffeine & Co, and refined and improved at Longford Café – dishes that bring together a wealth of experience and heritage, are almost obsessively considered and best of all – all made in-house.

From their exquisite Hazelnut and Chocolate Cruffins, to their House Cured Salmon with Prawn Cracker Crispy Egg, via the always reliable Full English Breakfast, every one of Blanchflower’s dishes (and drinks) comes about through a decade-long heritage and experience that really sets it way above the rest.

And when it’s in Altrincham – that’s certainly saying a lot!

Shaun Ryder announces NEW solo album – that he found down the back of his sofa!