You'd be forgiven for not thinking much of Edge Café as you walk past...

…but I’m not going to forgive you if you don’t pop in and give them a try. In fact, if you’re close enough, perhaps heading to the Metrolink station, it’s an almost Goliath task to not pop in here based solely on the smells emanating from the place. 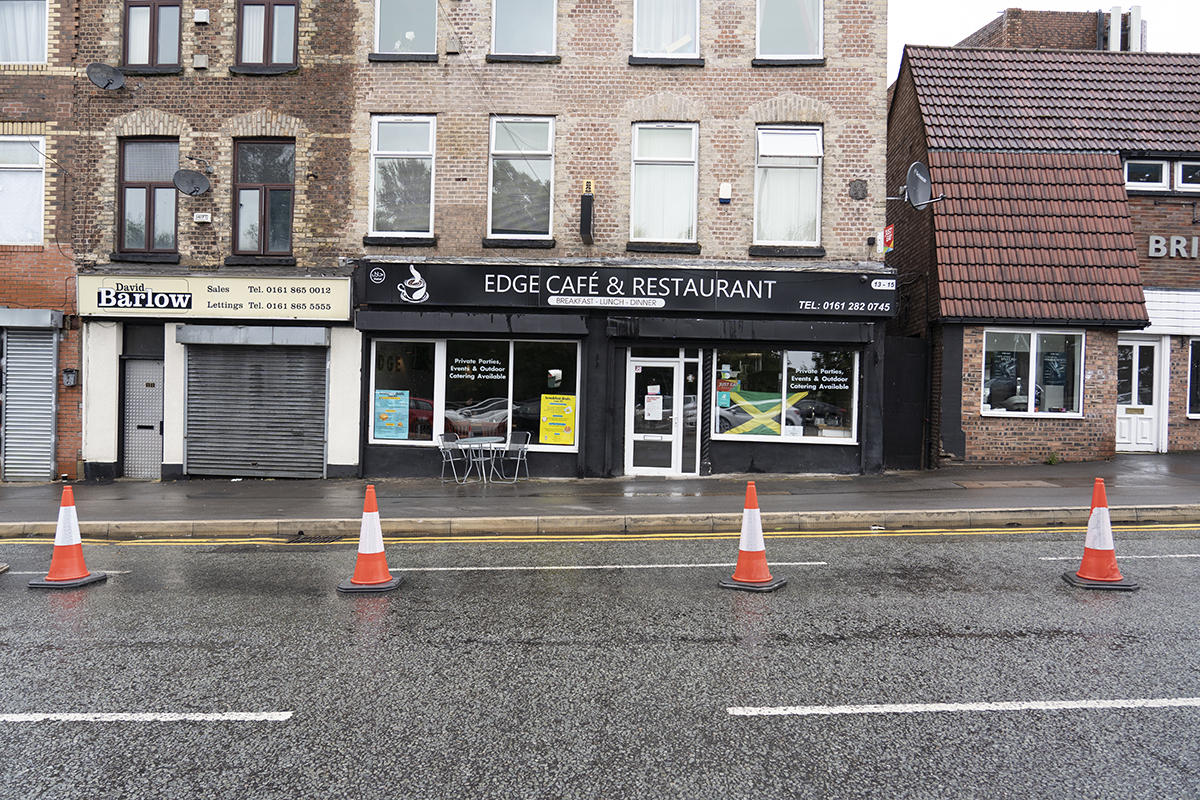 The café itself has been open for over two years now and in my time living in Stretford I’ve walked past on many occasion. It was a common sight to see someone expertly operating a BBQ out front, right on the street, but it seems that they’ve stopped that now. Perhaps its because of that famous Manchester drizzle, or Trafford Council had something to say, but whatever the reason – they’ve moved the BBQ indoors for the time being.

And that’s where those glorious smells emanate from. Smells which are as enticing as they are mouth-watering. Smells that are backed up with some of the city’s best Caribbean dishes, and certainly some of the best I’ve ever tasted. 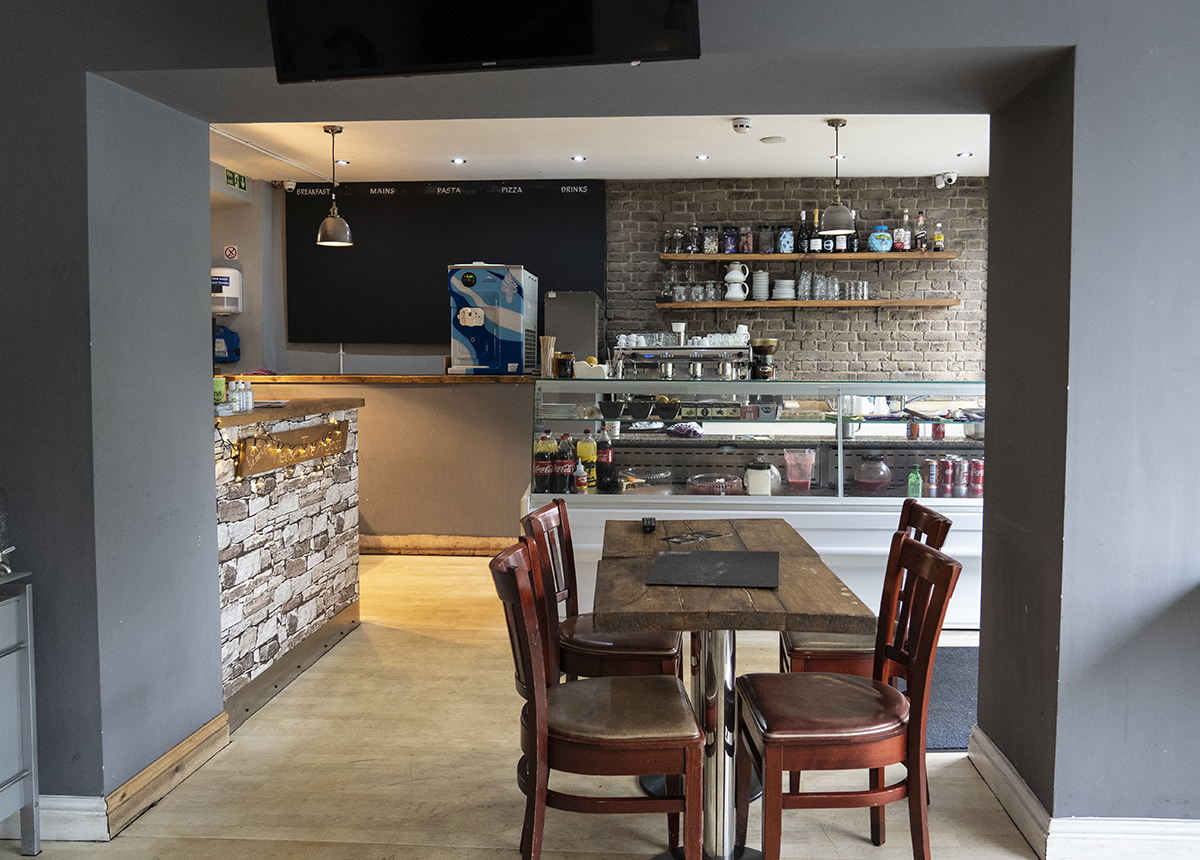 With a history of working in major restaurants as a Sous Chef and Kitchen Manager, owner Paul Walker decided to take this experience and know-how and open up his very own café just a few metres away from the Stretford Metrolink station. Offering up a massive menu of breakfasts, burgers, steaks and pizzas, there’s everything you could ever need should you be hungry.

I’ve yet to pop in for a breakfast but I’ve walked past and seen them through the window as a hungry work fella in hi-viz tucked in. Their Edge Full English Breakfast (£7.49) is massive, and there’s no better endorsement that a bloke in hi-viz clearly enjoying himself on a Tuesday morning.

I was here last week to try their Caribbean dishes, a whole dedicated section on their expansive menu. Once I’ve tried the brekkie I’ll get back to you with how it went. 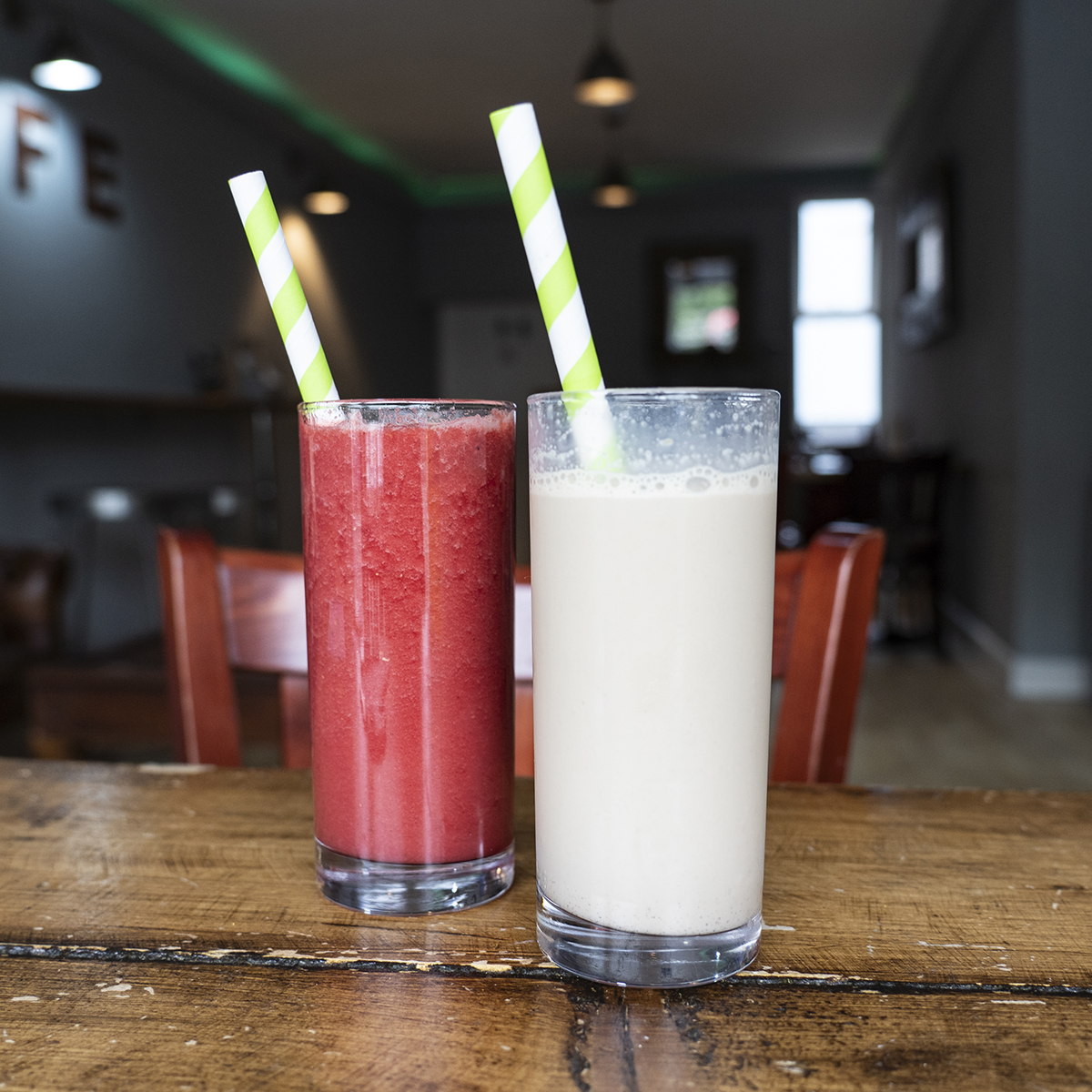 The café itself is a no-frills selection of tables and chairs set alongside a large counter. Taking a seat, you’ll immediately feel at home as you’re greeted and made to feel at ease and encouraged to sit back, relax and enjoy yourself. Sat there with my wife and some pretty banging R&B tunes – we ordered ourselves a couple of ‘homemade drinks’ – and a staple for any Caribbean joint – a Guinness Punch (£2.99).

If you’ve never had one then you should sort it out – quickly. It’s a tasty mixture of Guinness (obviously), milk, condensed milk, cinnamon and nutmeg and the one at Edge Café was as good as I’ve tasted anywhere else. Perfect to sip while deciding what to eat. 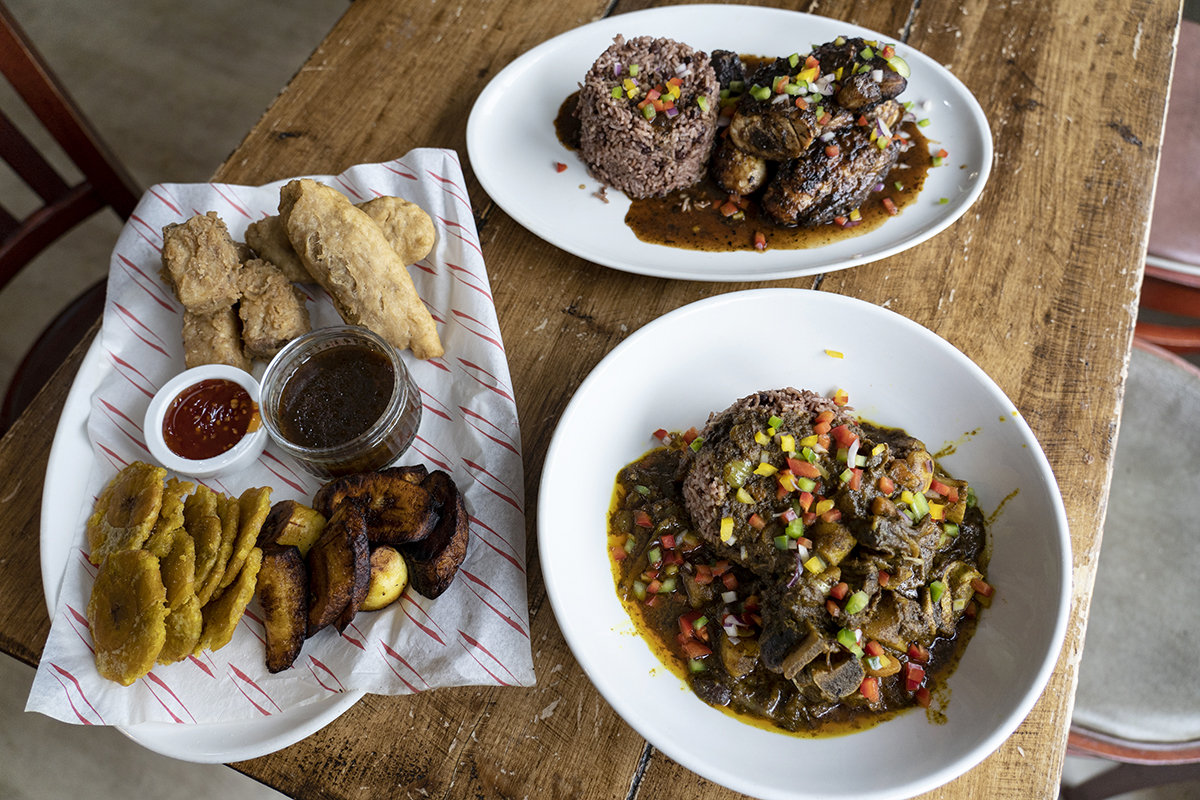 I ordered way too much, but since gaining about 2 stone in lockdown, this was to be expected. I wanted to stuff my big fat hairy face and I discovered that it’s really rather easy to do so at Edge – without breaking the bank too.

We went for the classic Curry Goat (£4.49) which they season and marinate with their specially selected Jamaican herbs and spices, of which the recipe must be a closely kept secret because they wouldn’t tell me. It’s then cooked slowly over the course of hours to ensure the meat is succulent and tender and literally falls of the bone. 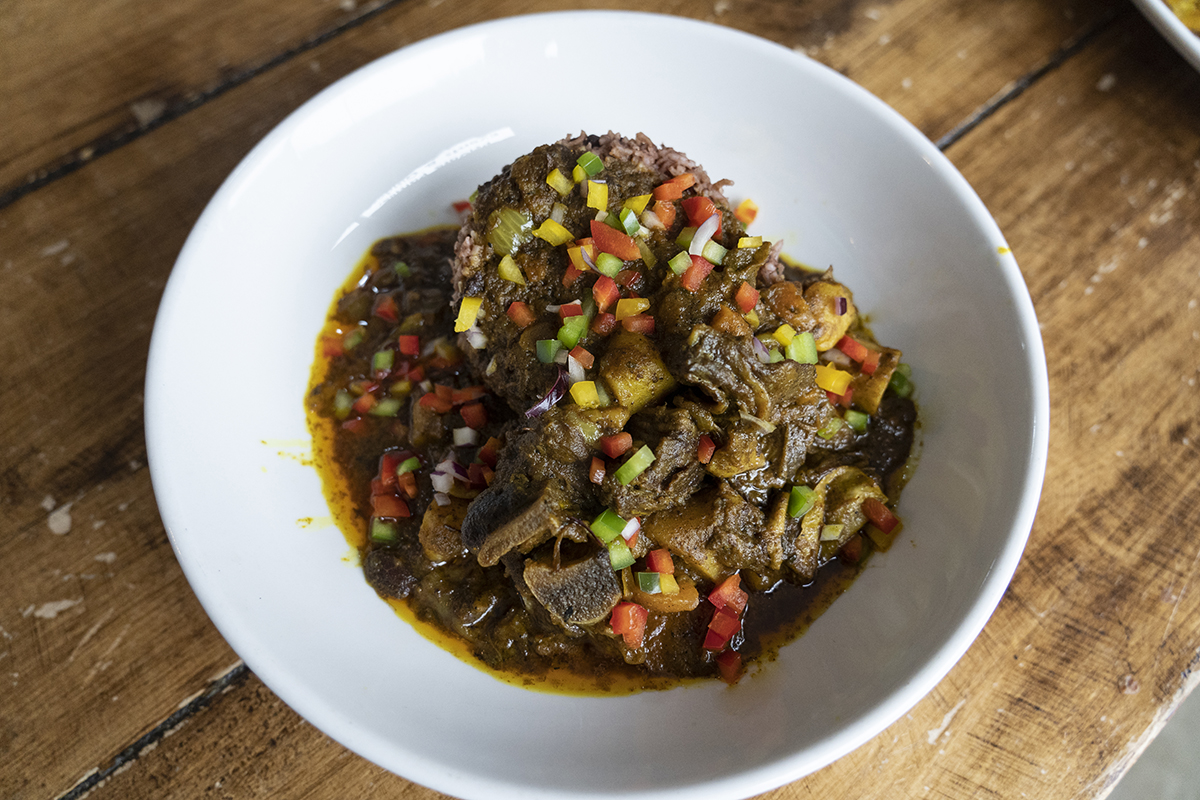 No visit to a Caribbean place is complete without trying their Jerk Chicken (£3.99), it’s a benchmark indicator of how good a place is overall and I must say – Edge Café absolutely smash it out of the park. The chicken is cooked on their BBQ so it’s perfectly charred, just how it should be, and their homemade sweet and spicy jerk seasoning it outstanding. 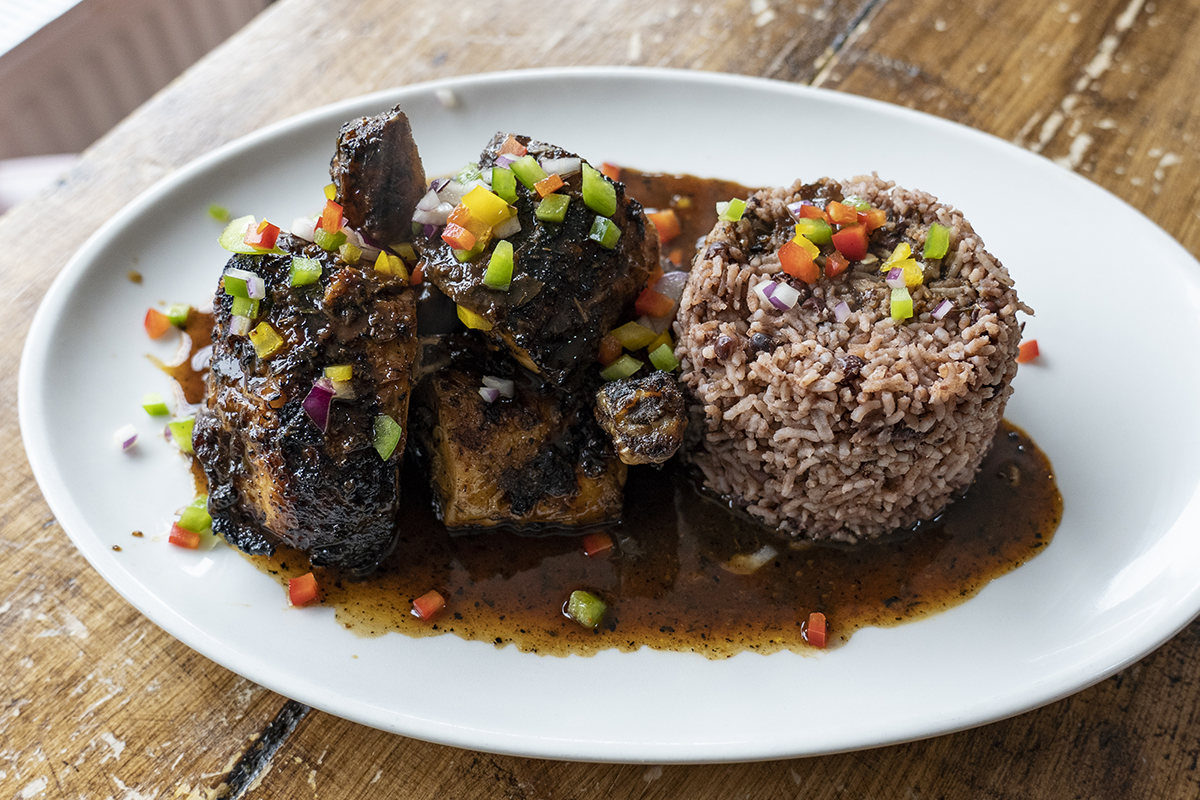 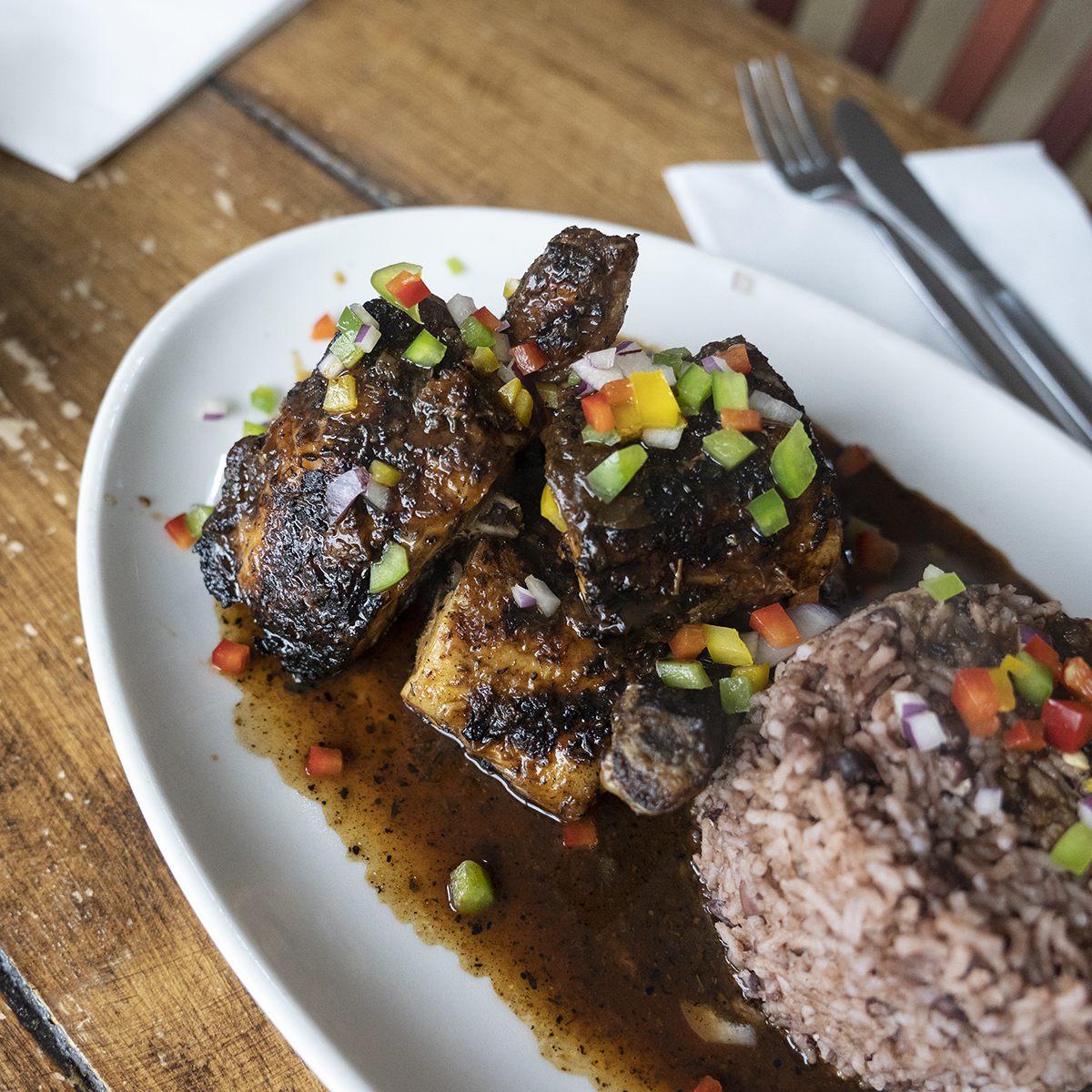 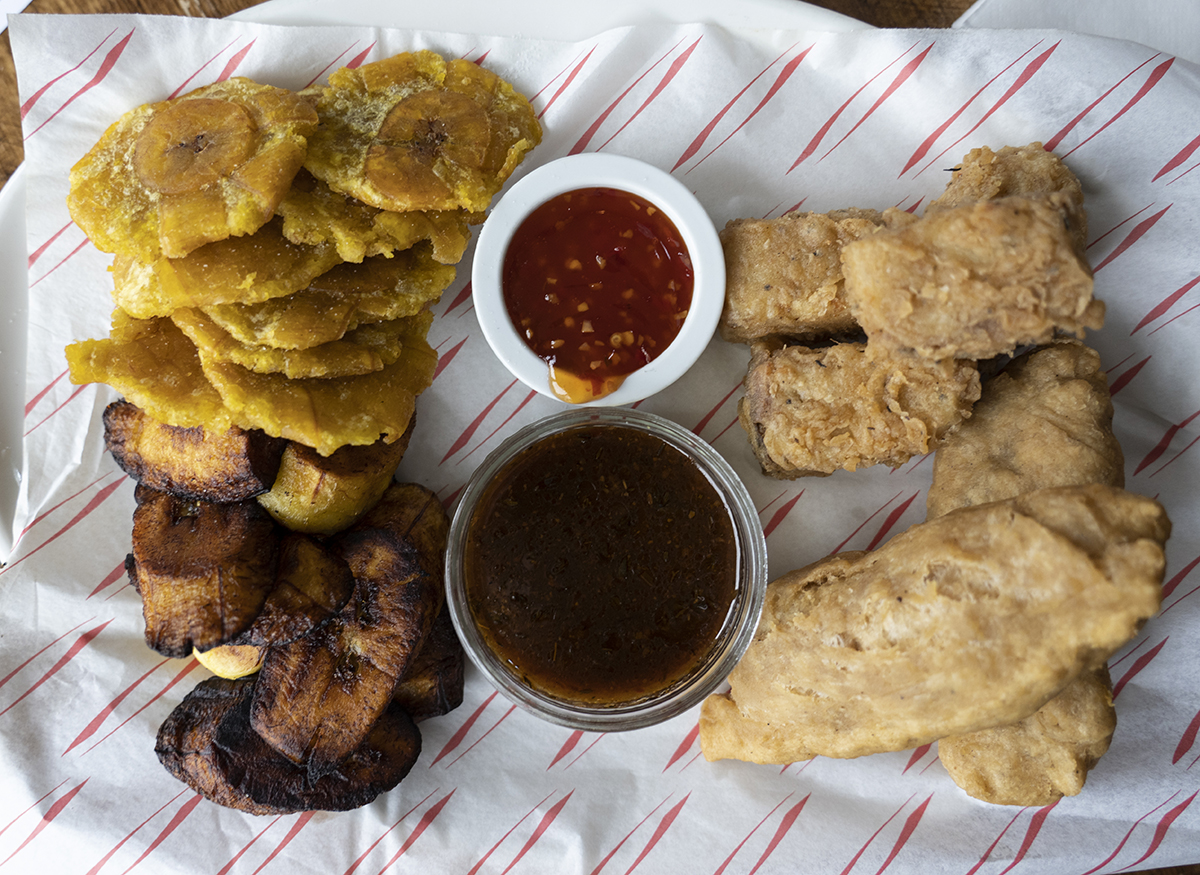 There’s tons more that we could have ordered but we were so stuffed that we couldn’t move. The music had strangely turned from R&B to Celine Dion’s Greatest Hits so we didn’t feel like leaving just yet anyway.

Some other delights on the menu include Slow Coooked Oxtail (£4.50), Buttermilk Fried Sea Bass (£4.49) and a Full Jamaican Breakfast (£6.49) that sounds truly wonderful. 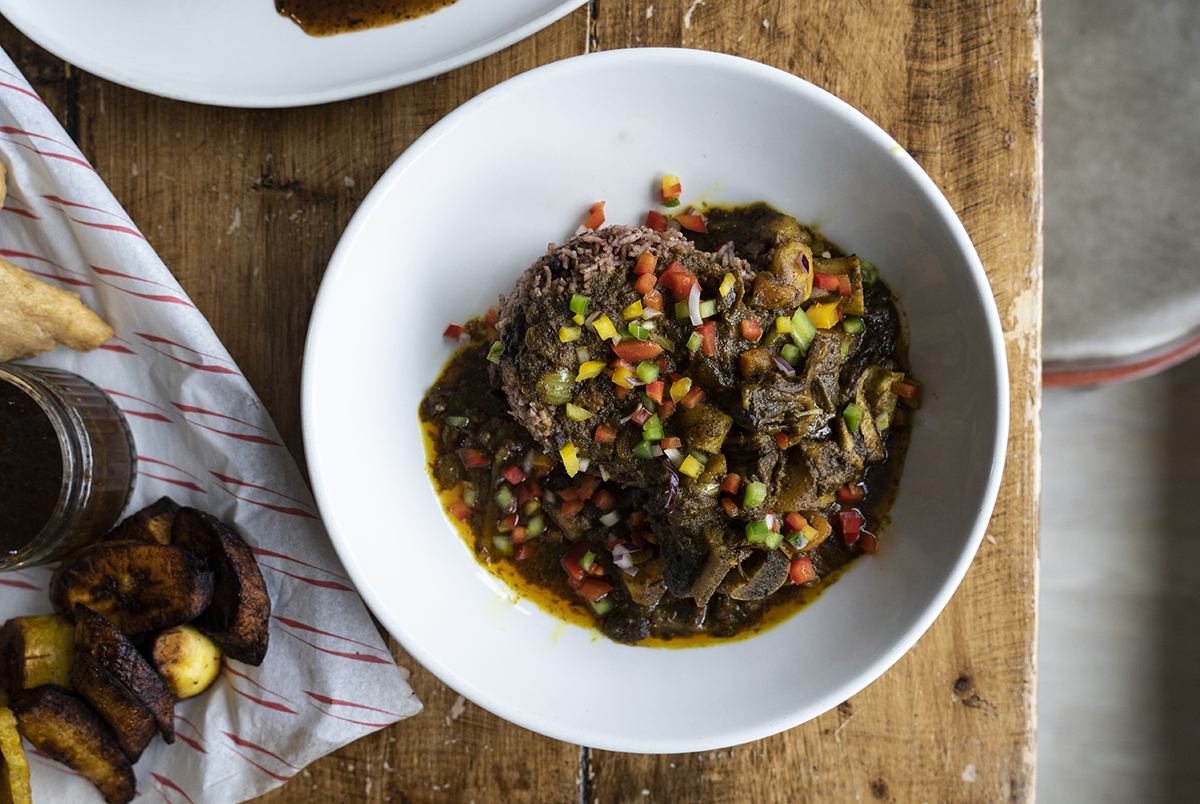 All such delights clearly warrant a repeat visit very soon, and it looks like we’ve just found our new favourite local eating establishment.

A visit should definitely be on the cards for anyone looking for some of the best Jamaican dishes you can find in Manchester, and it’s only a short Metrolink ride away no matter where you are. What are you waiting for?

Unsolved Mysteries: The £4m Art Theft that wasn’t a Theft