This new Vietnamese place in China Town is certainly turning some heads... 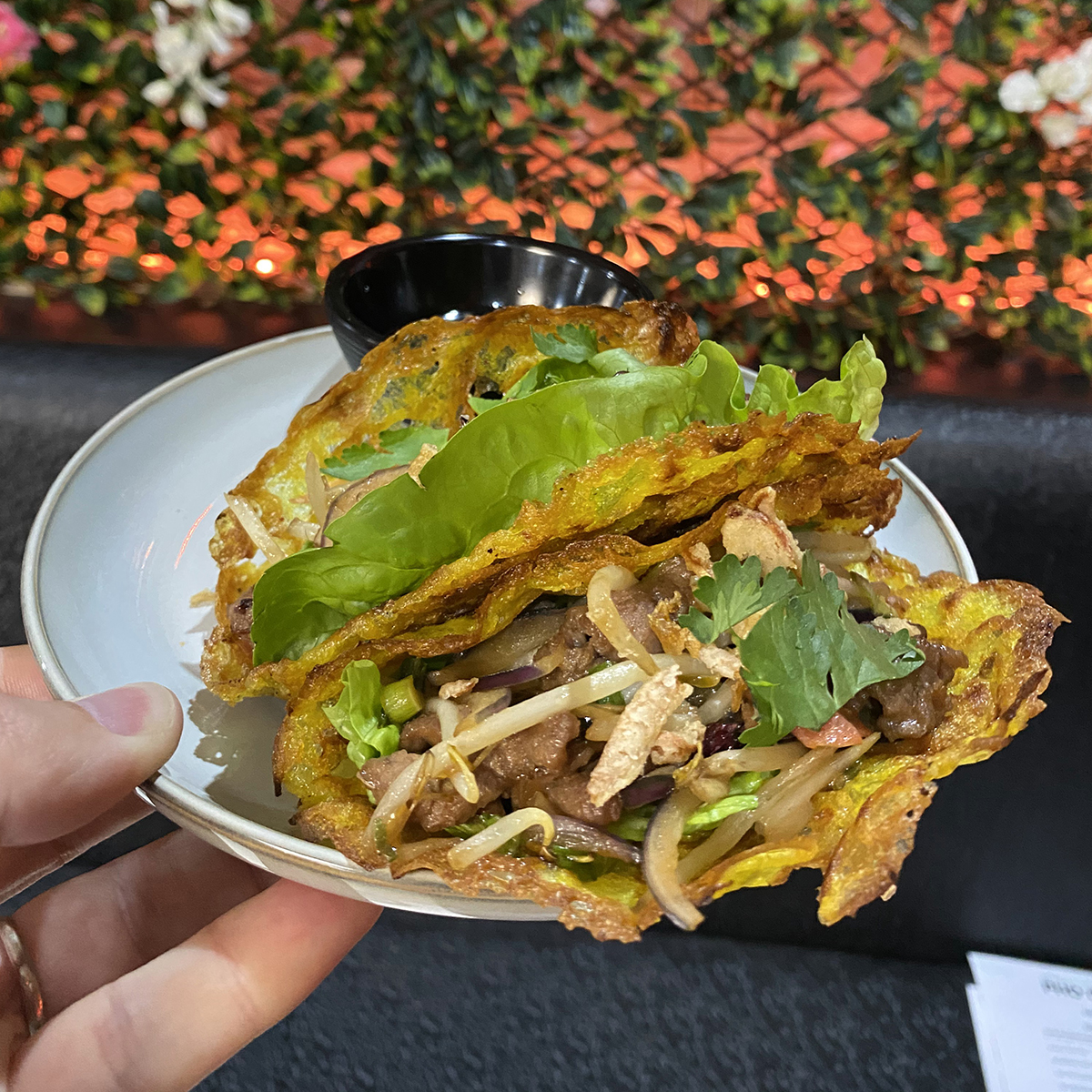 Pho Cue (yes, really) is a completely family-run affair, with owner Cue being joined in the kitchen by his mum and his uncle – and they’ve managed to create some truly outstanding dishes that have been on the lips and tongues of a lot of people that I spoke to last week.

A clear stand-out was their Vietnamese Tacos – a rather innovative twist on a traditional Vietnamese street food – but one that still sticks to the classic flavours and ingredients that the cuisine is known for. 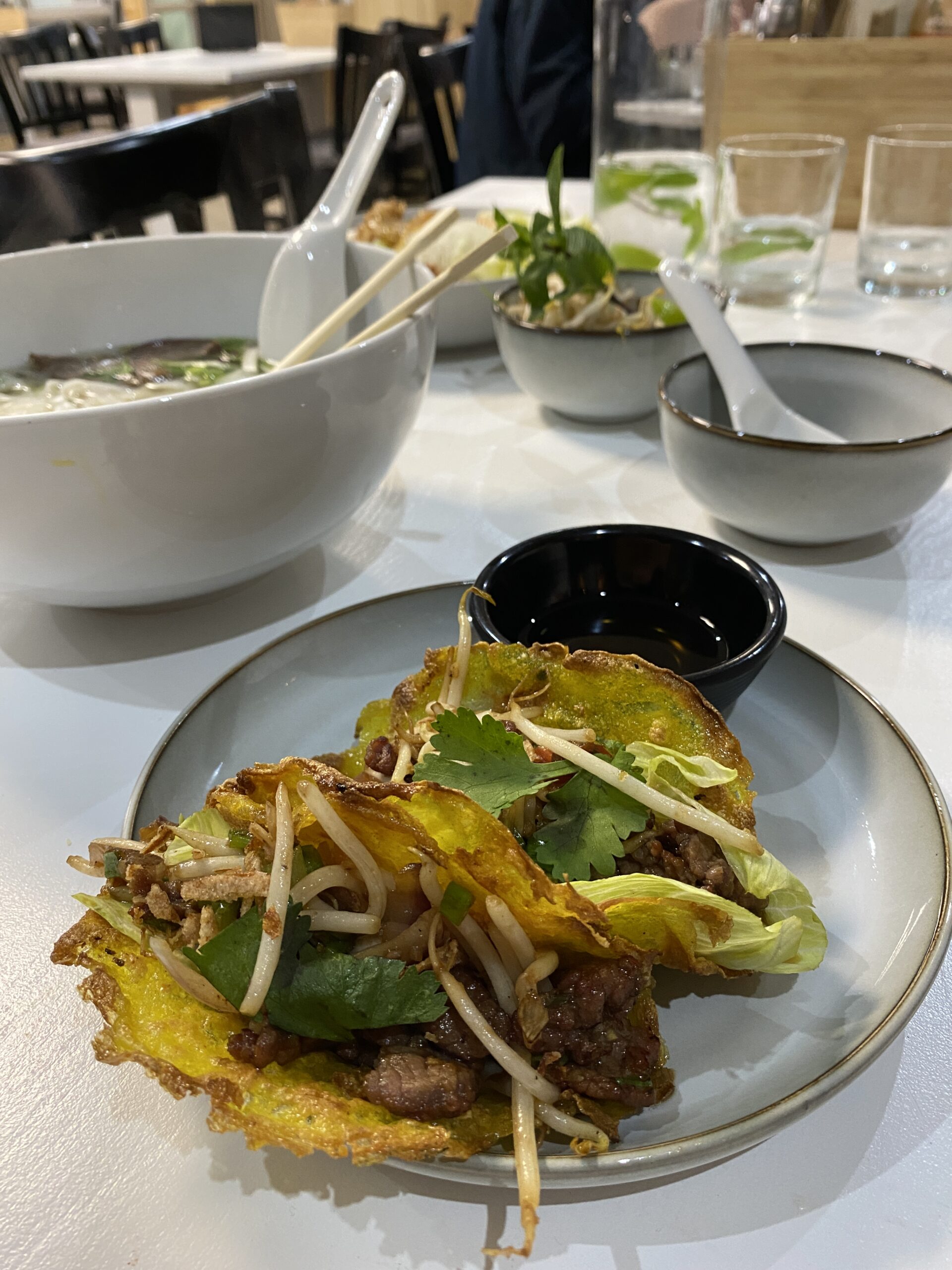 It starts with a traditional Vietnamese rice flour pancake, which is cooked and crisped up and then filled with an assortment of fillings. Alongside the beansprouts, tomatoes and lettuce you can choose from Pork, Beef, King Prawns or Soya – and they’re all fantastic.

“The best TACOS in Manchester!”
“There’s just LOADS of flavour in them!”
“You’ve got to tell people about these TACOS!”

I’ve heard all of this over the last couple of days and so clearly – I have to tell you all about them. They’re THAT good. Head on down to Pho Cue in China Town and give them a try. If I’m wrong about them – you can come round my house and punch me in the face.

Pho Cue is open from Wednesday to Monday every week.