After a year-and-a-half long siesta, the two hungry Italians are back... 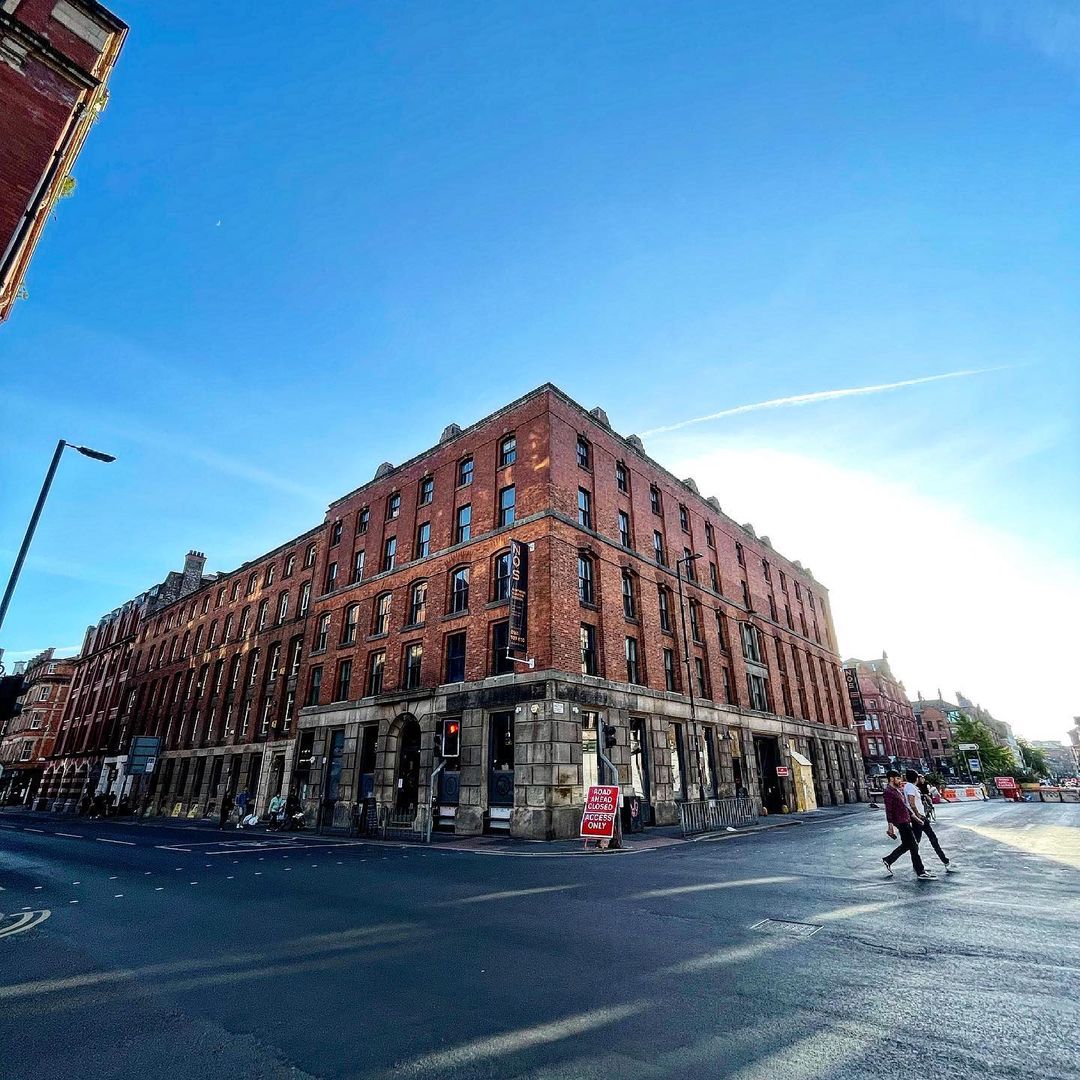 Two stone heavier, naturally (lockdown has been unkind), but still as hungry as ever. What better way to aid our never-ending search for the perfect bowl of pasta in Manchester than a visit to the most unlikely of locations, Ezra and Gil?

And true to the Italian way, a stripped-back menu consisting of around eight pasta dishes with the simplest of ingredients (parmesan, butter) making for a truly unexpected authentic experience. 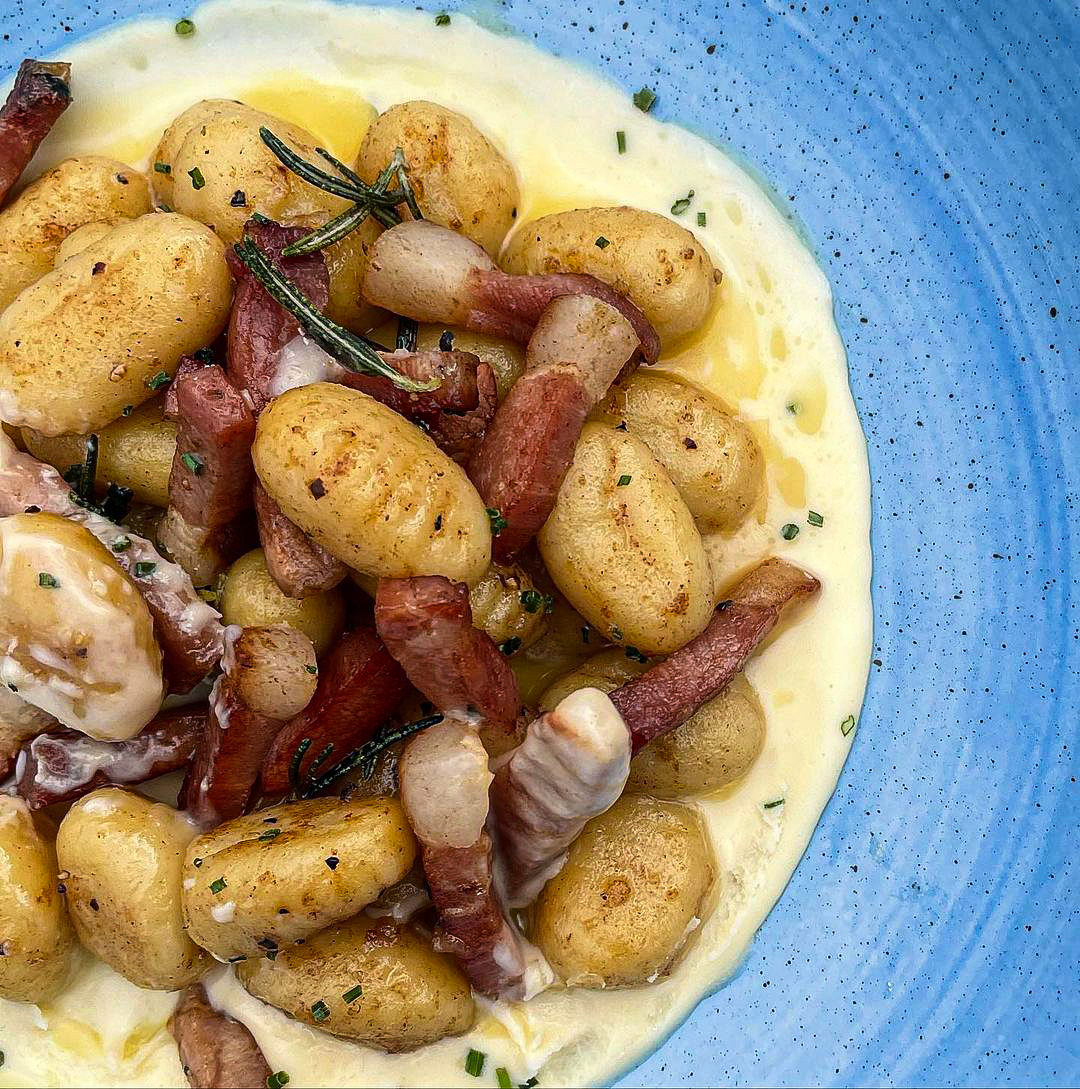 Kat tried the Gnocchi Allo Speck (£9) – a real treat for the taste buds. We were truly lucky to sit with Head Chef, Daniel Mancini, as he talked us through each of his dishes.

Speck, the cured ham, comes from Daniel’s native Trento in Northern Italy, which he has imported specifically to accompany this Gnocchi dish. Combined with rosemary and a creamy parmesan sauce, it’s a real authentic delicacy. 11/10 would Gnocchi again. 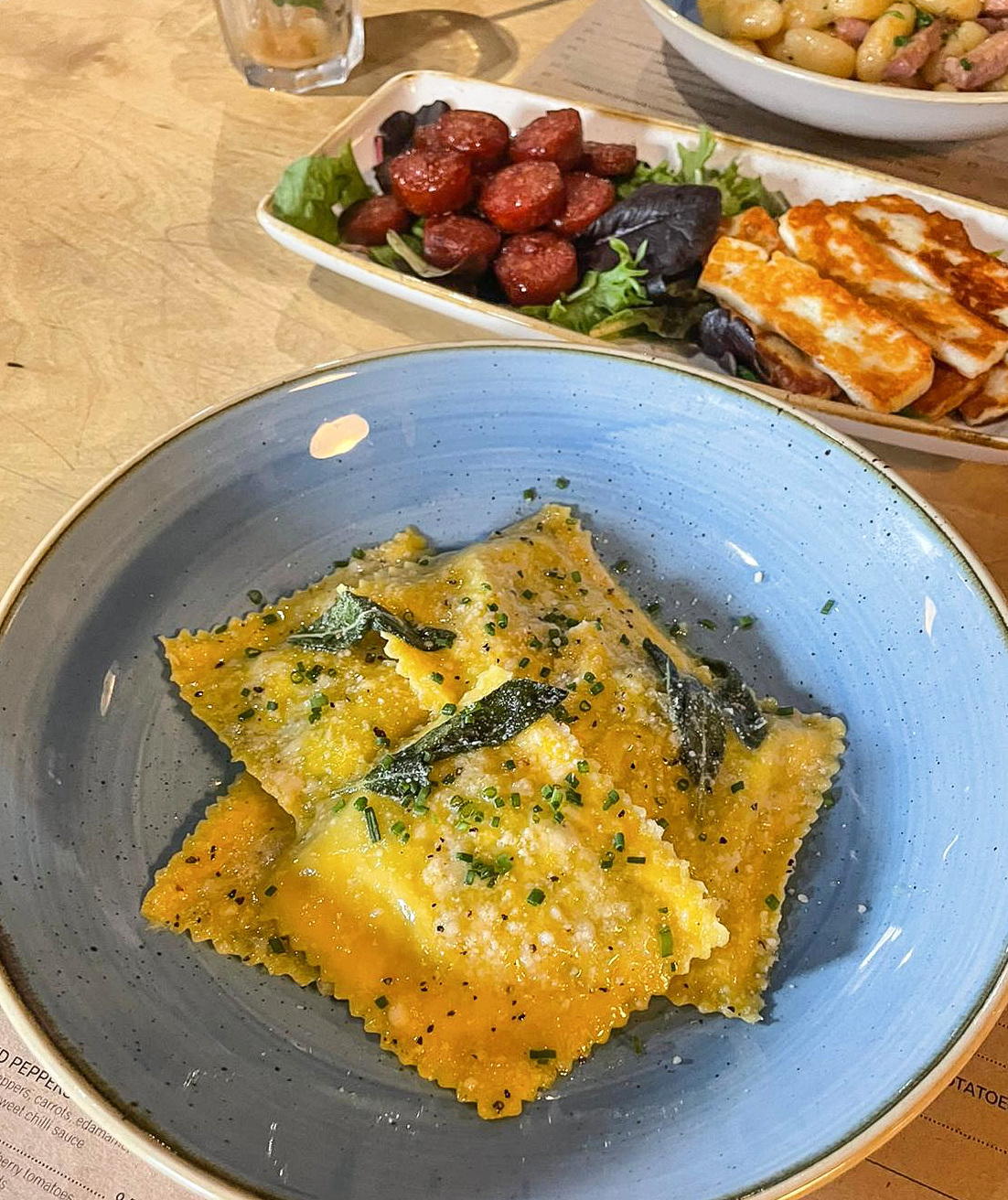 Sophia was delighted by the Raviolini (£9), heavenly pockets of buffalo ricotta and spinach, coated in a creamy blanket of butter, sage and parmesan shavings.

As true Italians know, simplicity is key – and there’s nothing more delicious than uncomplicated food, cooked well. For the first time in a long time, I finished my pasta feeling wholly satisfied and not uncomfortably full or bloated, which, is a compliment in itself. 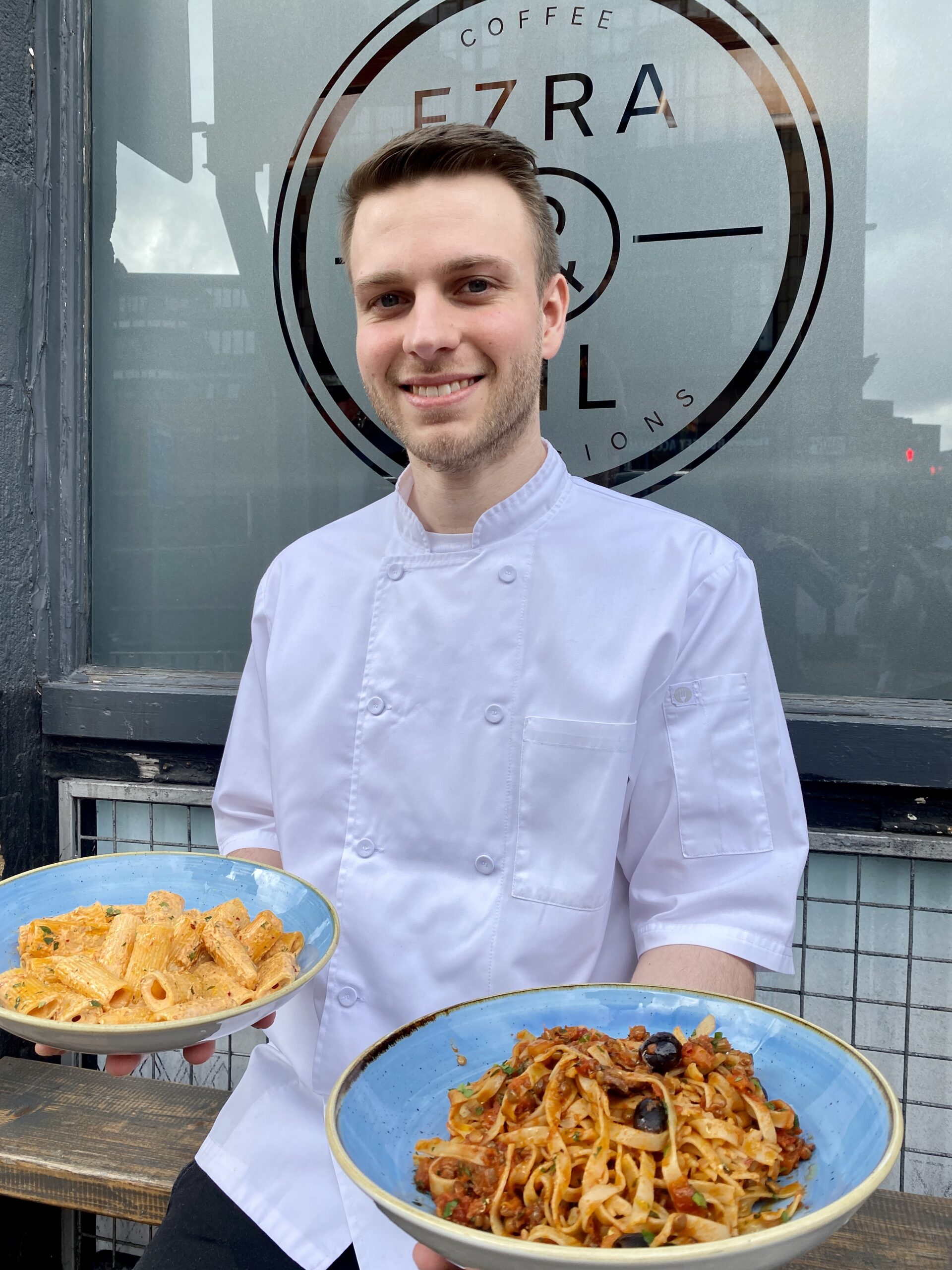 How Daniel managed to make such a light and fresh bowl of pasta, I’ll never know- but what I do know is, I’ll be coming back for more.

Originally an accountant by trade, Dan decided to pursue his dream of becoming a chef back in 2013, when he then joined the Ezra & Gil team. Since then he’s become a regular fixture smashing avocados in the kitchens, before he was called upon to bring a slice of Italy to the menu. 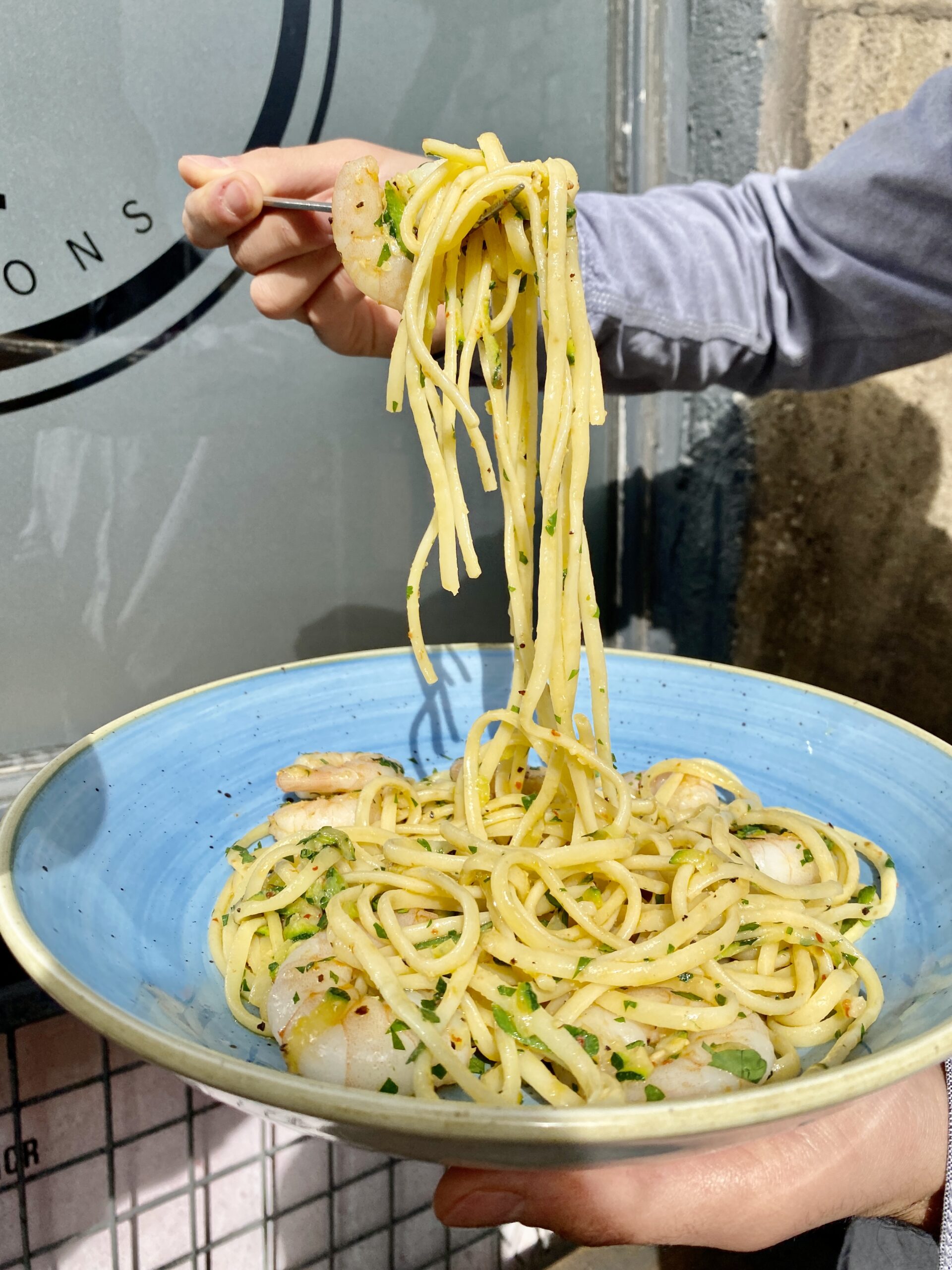 His menu consists of some other fantastic pasta offerings, from the simple Fusilli al Pomodro (£8) & Al Pesto (£8), to ‘Flavour of 2021’ Nduja Rigatoni (£9). Top of the billing is an extravagant King Prawn Linguine (£10) cooked in white wine and them combined with Dan’s signature tomato sauce and a garlic and chilli butter. 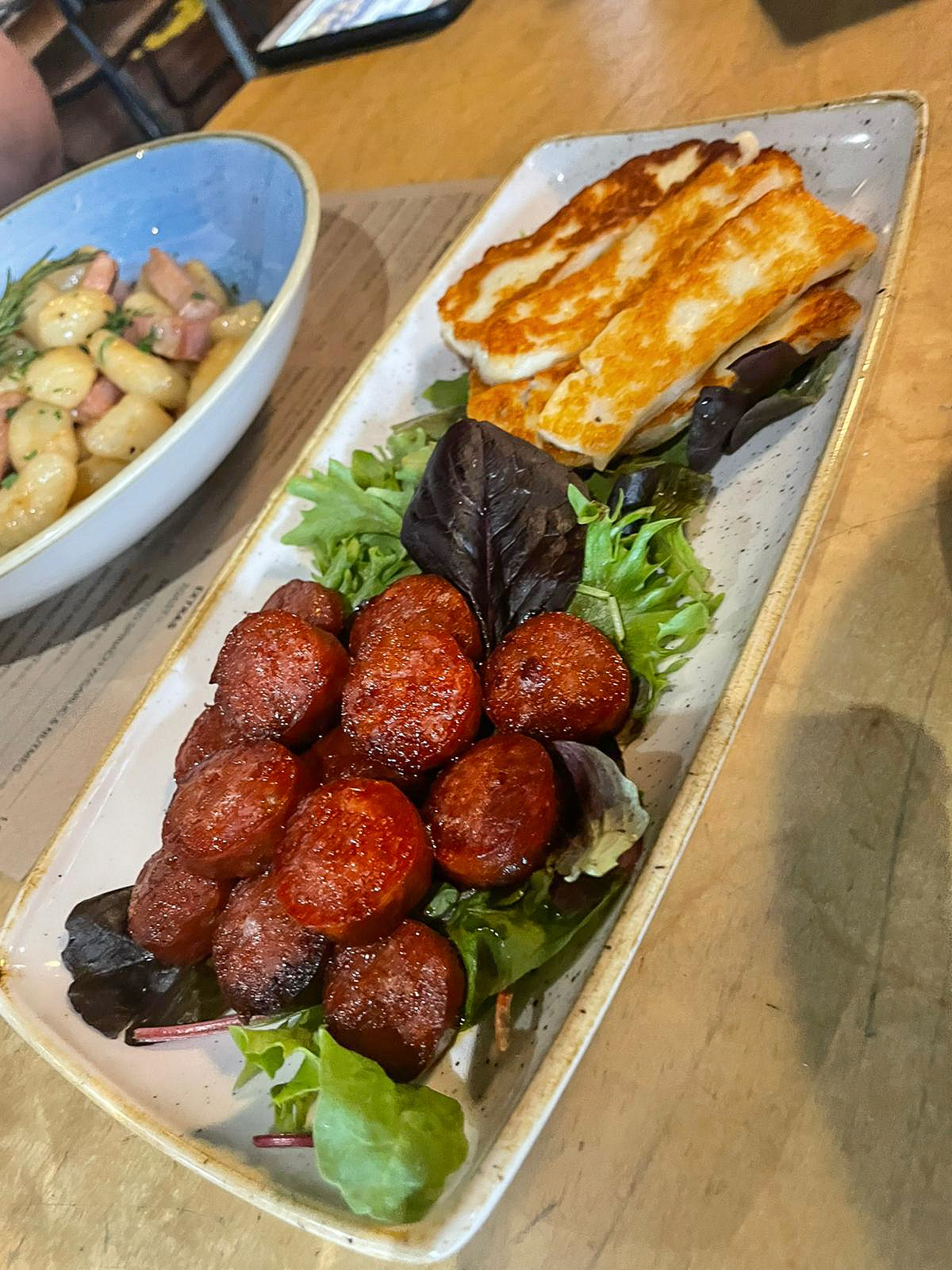 As for sides, we opted for Pan-Seared Grilled Halloumi (£3) and Grilled Chorizo (£3) which were both very tasty. Would we have preferred more authentic dishes, such as an Italian side salad or some bread and oils? Perhaps, but that’s just us nit-picking.

To finish it all off, we ended with yet another indulgent treat – the Affogato Dolce. The usual blend of gelato and espresso, but the added surprise of chocolate chips and Biscoff – buon appetito indeed! 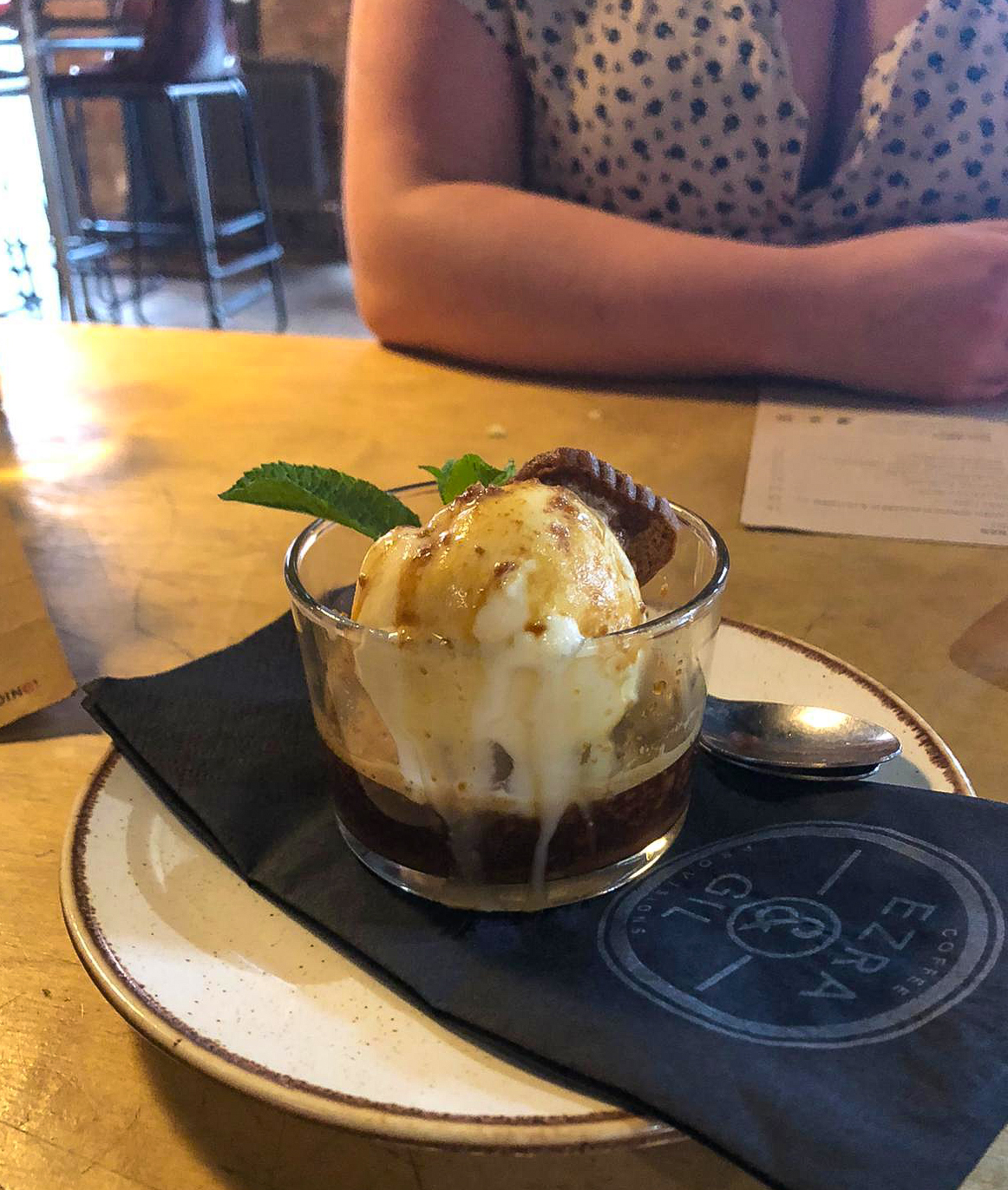 When you’re competing with restaurants such as Sugo, or other coffee shops like Federal, you need to create a distinct identity to stand out from the crowd.

Ezra and Gil has always been praised as one of the Northern Quarter’s most popular breakfast/brunch destinations, with queues of people slogging in line every Saturday morning- but this new venture makes them totally unique in their own right.

A coffee shop, restaurant hybrid – what’s not to love?

Ezra & Gil are operating with WALK-INS ONLY