God Rave the Queen will take place at a secret location in the city before moving to The White Hotel. 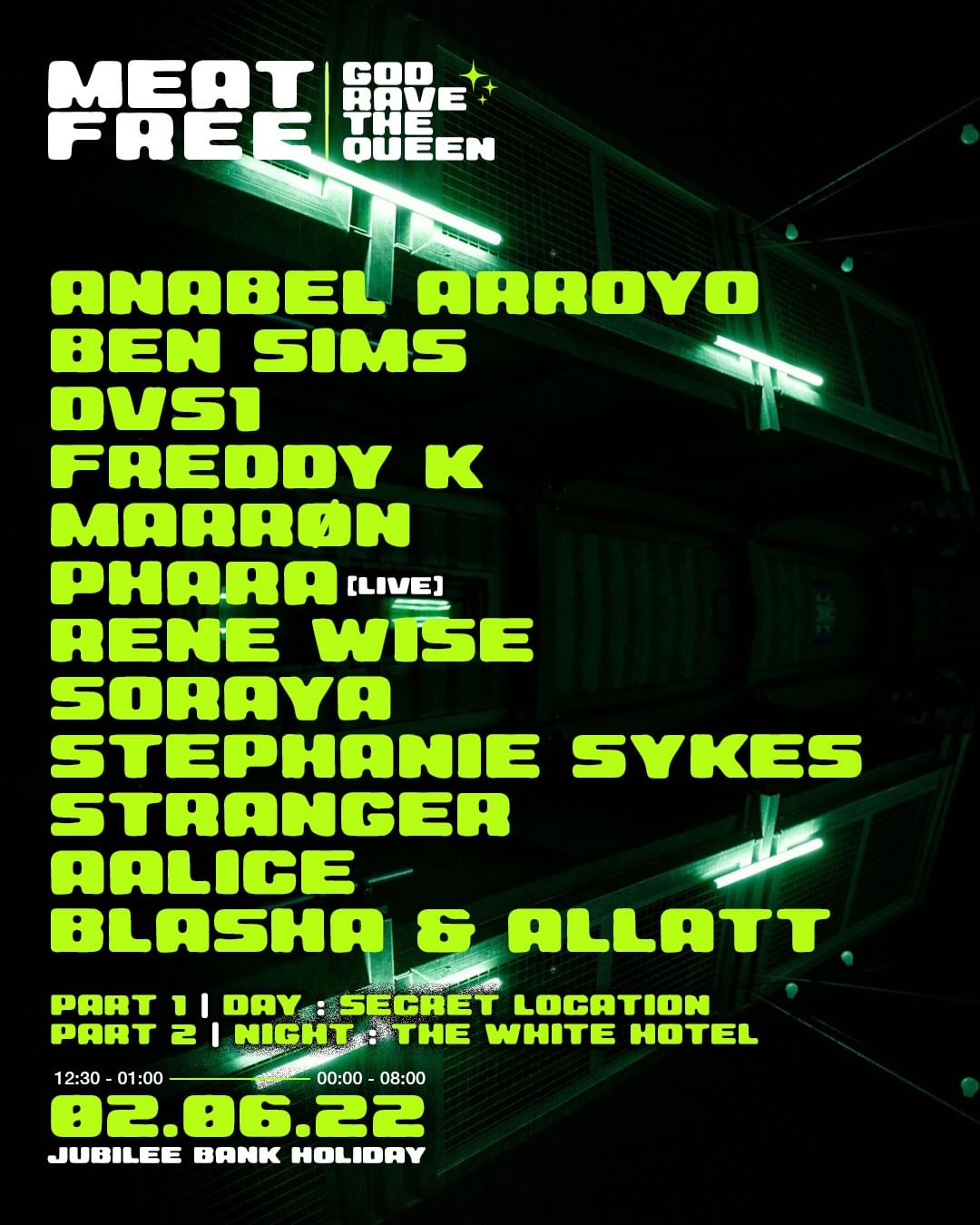 Manchester’s techno queens, Meat Free have been providing the city’s ravers with banging parties since 2013.

Consisting of pals Blasha & Allatt, aalice and Lucy Ironmonger, they’ve developed a love of music and DJing after merging their passions for techno, house, jazz and lo-fI beats to bring Manchester some of its most memorable raves.

And they’ve just announced their BIGGEST party yet, set to take place over the jubilee bank holiday weekend. 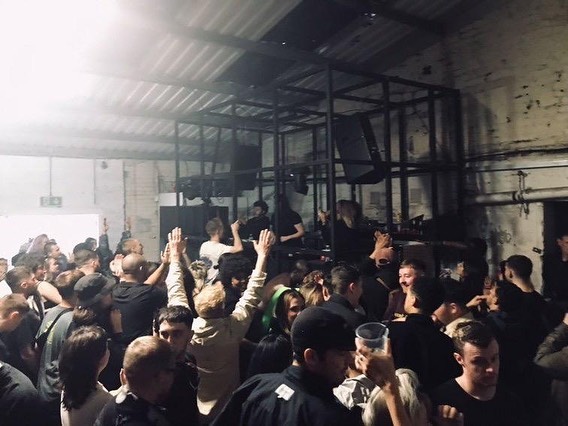 Announcing the line-up across social media yesterday, Meat Free will be bringing a stellar cast of DJs to a yet to be revealed and ‘never used before’ outdoor location in Manchester, before finishing the party at The White Hotel. 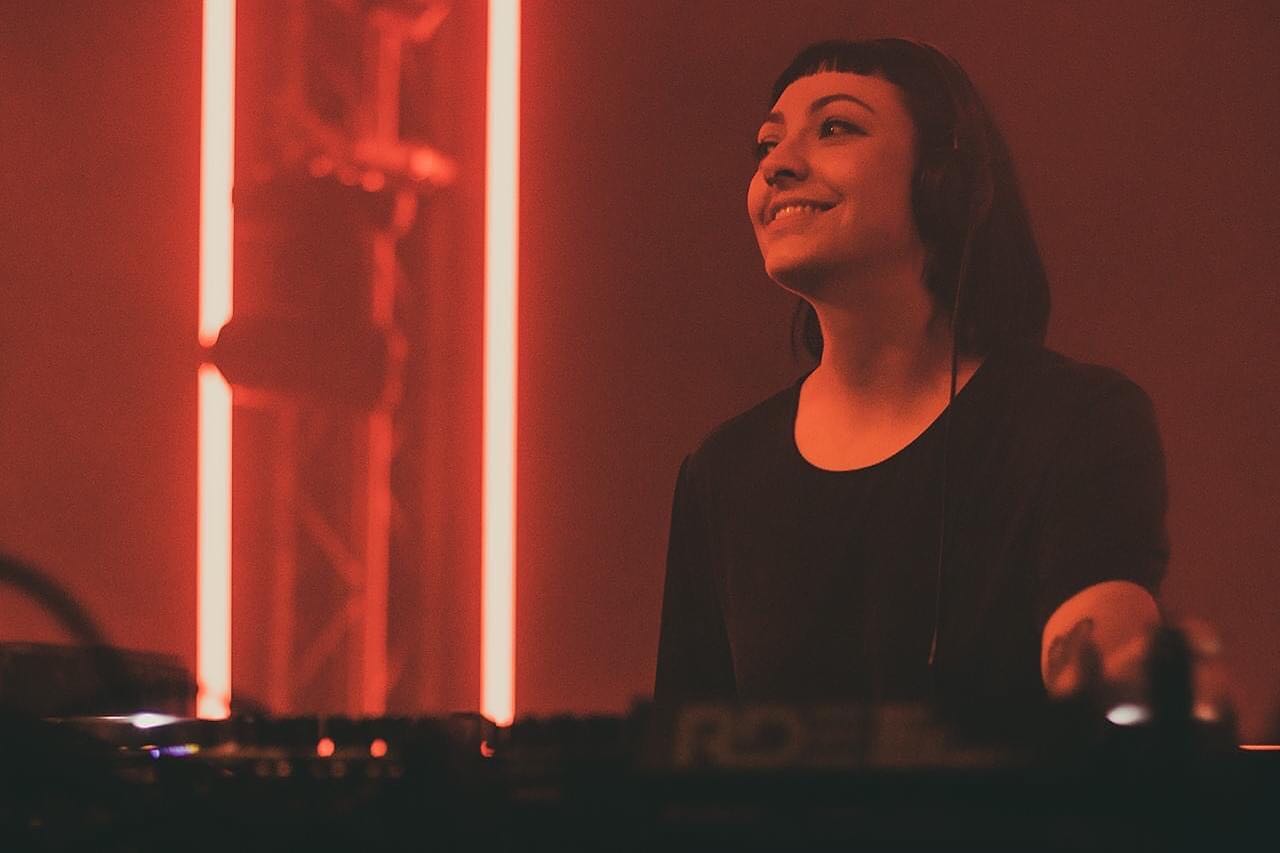 During the day, Ben Sims, Freddy K, DVS1, Stephanie Sykes and more will play the day party that’ll begin at 12:30pm and the night party will see the likes of Rene Wise and SORAYA play White Hotel until 8:00am.

Speaking on Instagram, Meat Free said: “On the 2nd June we’ll be taking over a brand new outdoor space in Manchester for the biggest rave this side of Buckingham Palace. With 12 artists, over 20hrs and 2 venues this is one you won’t want to miss!” 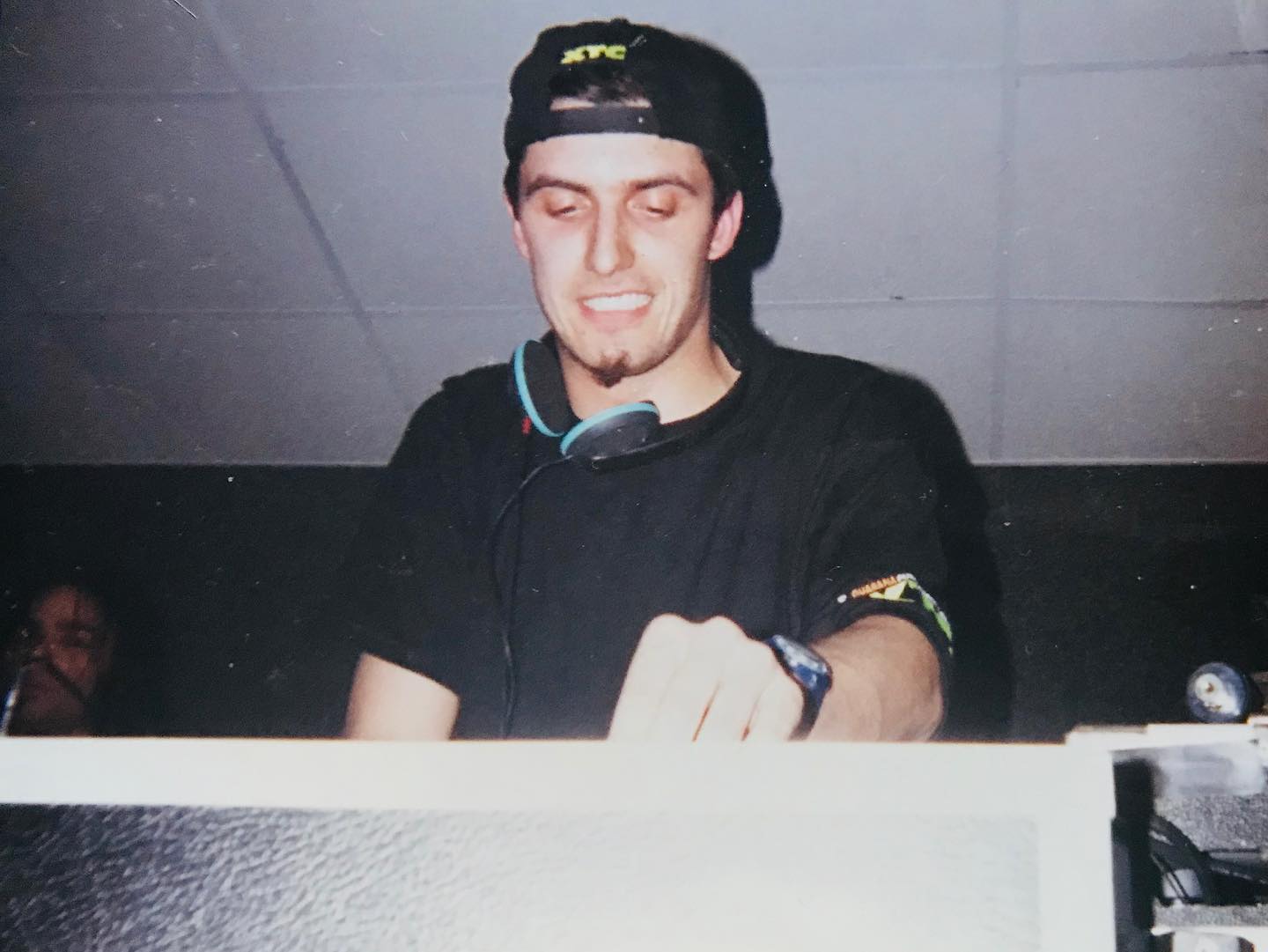 Tickets for the party are on sale now, with the first release already sold out, so if you want to celebrate the Queen’s reign by attending a big dirty rave, and, let’s be real, that’s exactly how she’d want you to spend it, you can grab tickets via the link below!

12 Cheap Places to Fly to this Spring from Manchester Airport

A Pumpkin Festival with Farmyard Animals and an Autumnal Ice Cream Parlour Launches this Week!
Events