12 Cheap Places to Fly to this Spring from Manchester Airport

We all need a holiday right now, don’t we? To be totally honest, though, there’s not a time of the year when I don’t utter those words.

There are loads of cheap flights currently on offer from Manchester this Spring to stunning locations across the world. The list includes destinations such as Paphos, Oslo and Vienna and flight prices at the minute are as low as £10 return. There’s no doubting that we all need a Spring pick me up right now, so we’ve compiled a list of the best deals to squeeze into you diary across the next couple of months for some summer sun! 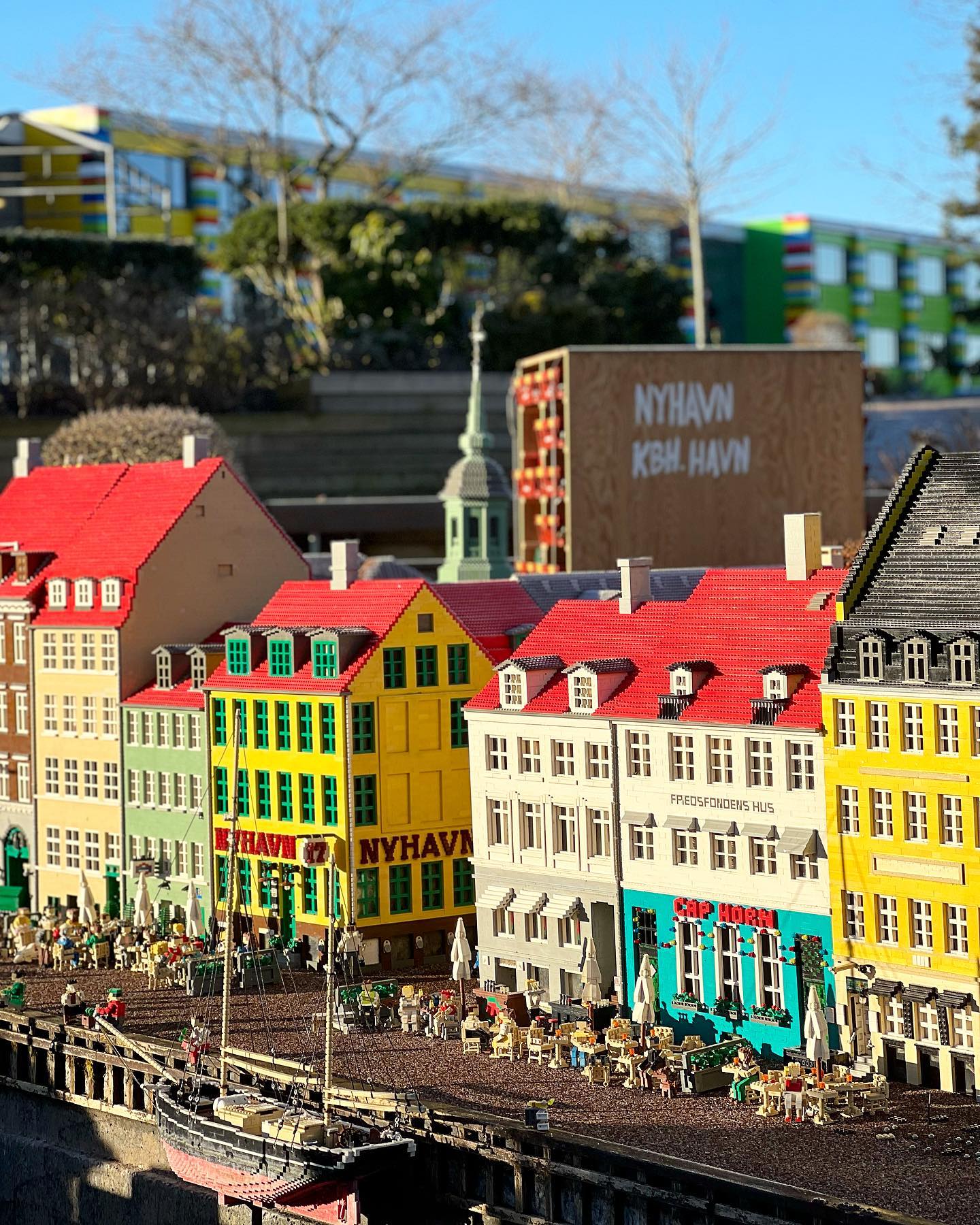 Billund
Looking at pictures of Billund is a glimpse back to when my life’s only worries were when Balamory was gonna be on the tele. Apparently, it’s the home of LEGO as it houses NINE Legolands, making it a pretty good destination if you’ve got kids, you can chuck em in a Legoland for the day and drink pints of Denmark’s finest booze on your own without a small person screaming and snotting all over you. How good does that sound?! 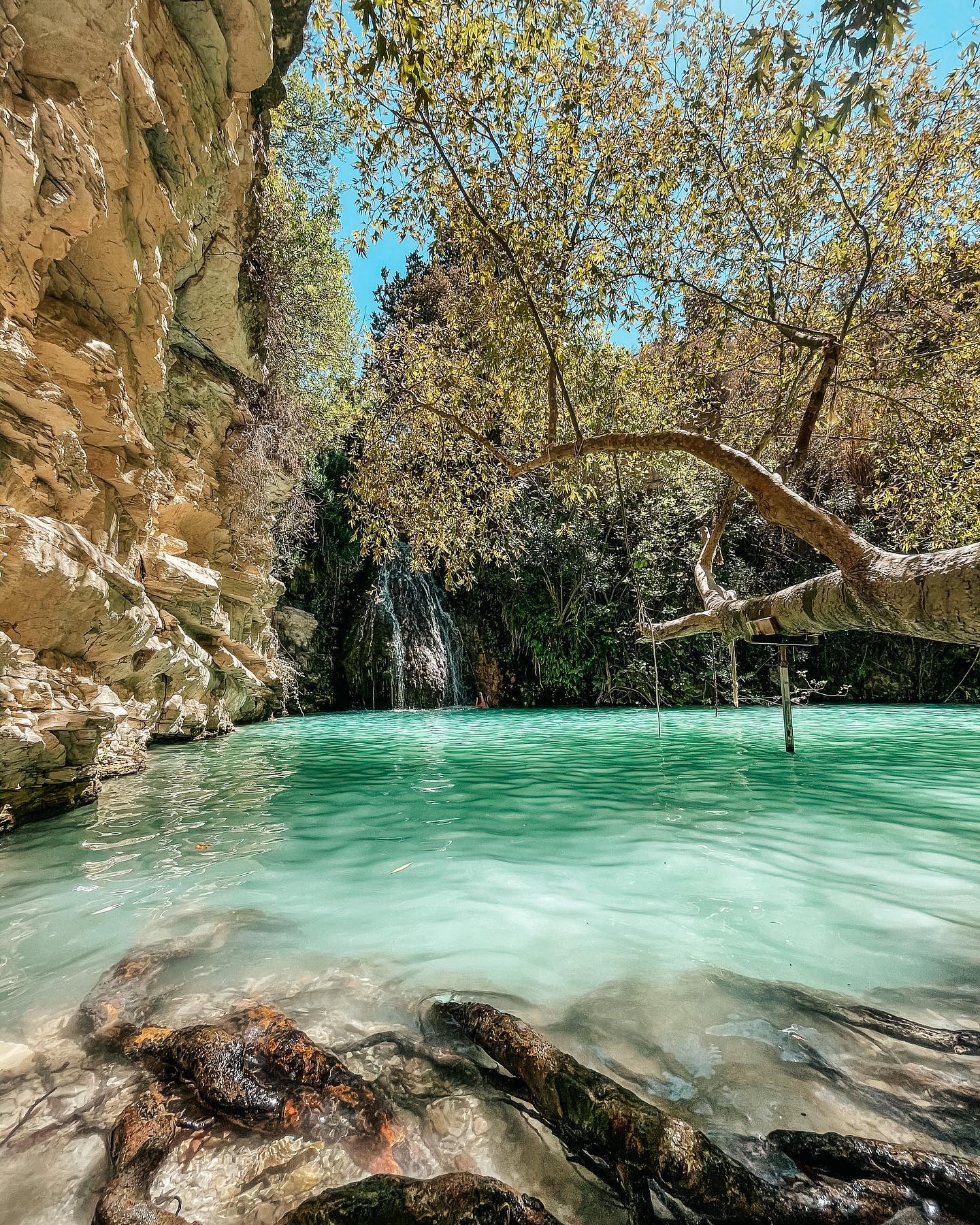 Paphos
Paphos on the golden isles of Cyprus is a place known for its ancient ruins and mythical sites. There’s loads to do here, as the place is full of UNESCO heritage sites, crystal clear water and sandy blue flag beaches – so you have the option to do some proper exploring or just sit on your bum all day, basking in the sunshine. They’ve got an archaeological park, some stunning preserved mosaics and loads of traditional Cypriot dishes, fresh seafood, Mediterranean classics and stunning wine. Think I’ll book this one myself. 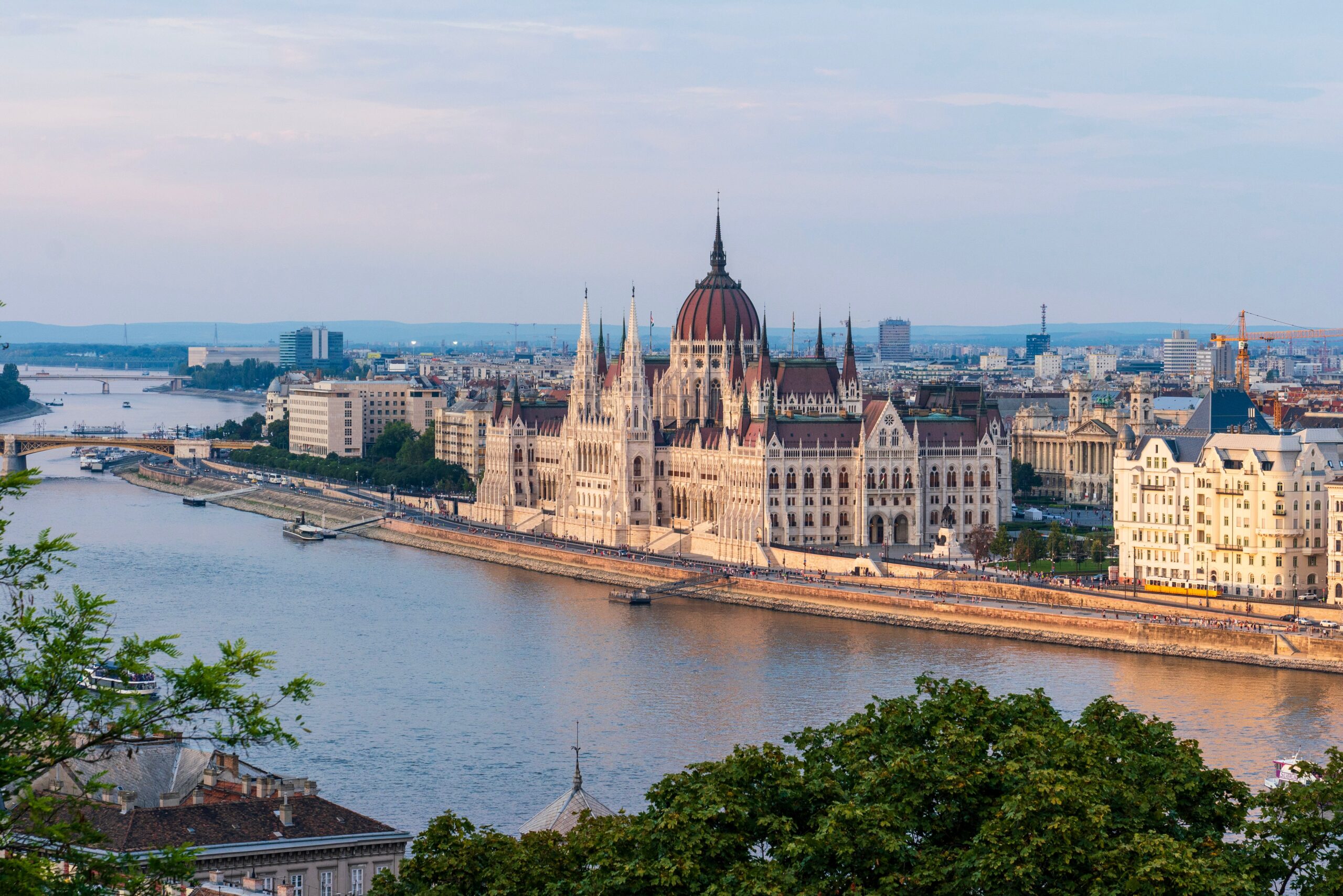 Budapest
The capital of Hungary and the home of numerous aesthetically pleasing films and TV shows, Budapest is high up on the bucket list of many. It’s the street food place to be, making it great for foodies, as well as those looking for a bit of culture with its museums, galleries and architecture drawing in huge numbers of tourists every year. There’s also the famous outdoor spas, which are an absolute must-visit if you’re looking for a totally relaxing holiday. 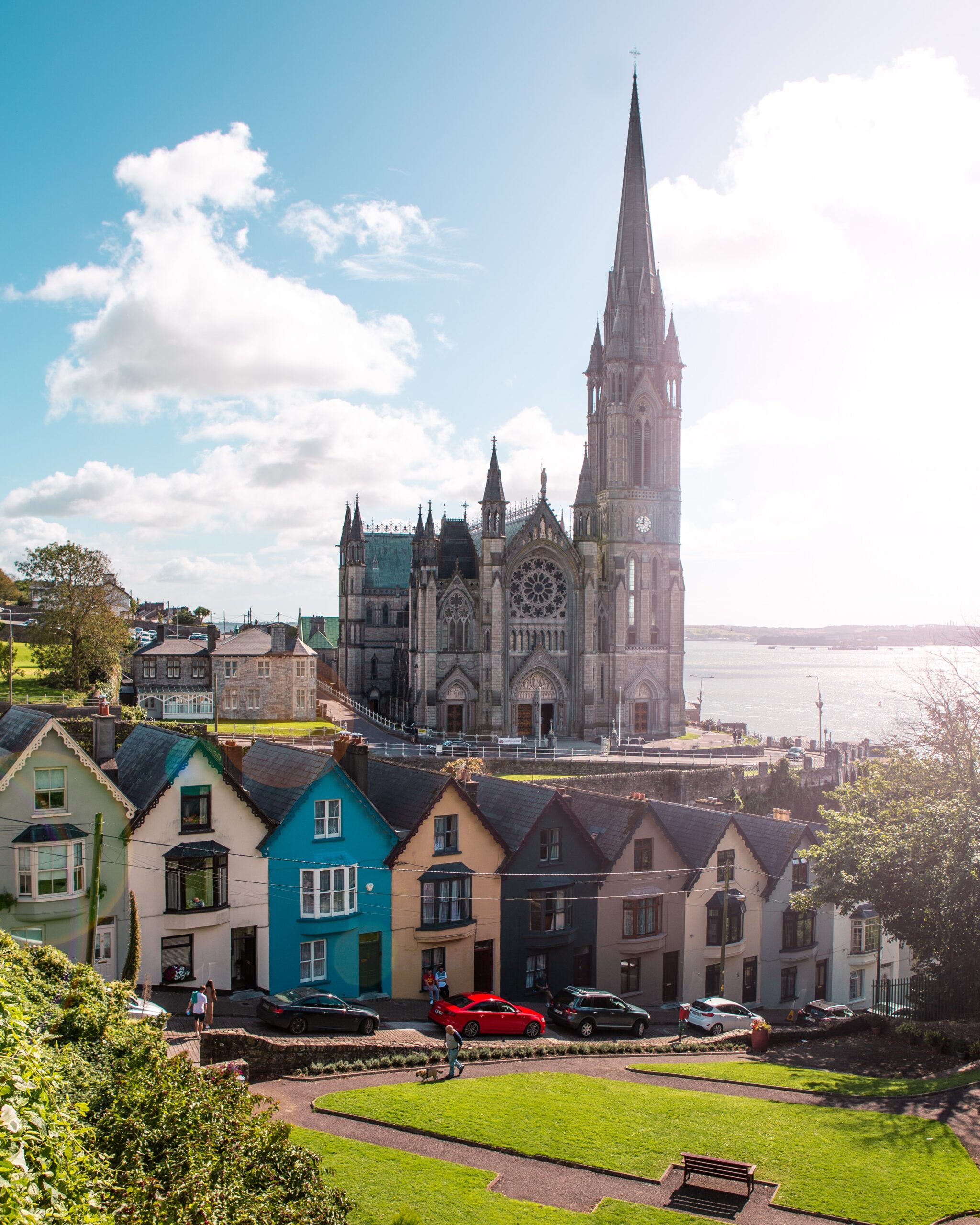 Cork
If you’re still not done with your St Paddy’s celebrations, you can get to Cork pretty cheap at the minute. It’s the second largest city in Ireland and is famed for its whiskey, historical landmarks, and, of course, the Titanic museum. Its magical coastline is also definitely worth a visit and makes it the perfect location for a weekend away or a summertime holiday! 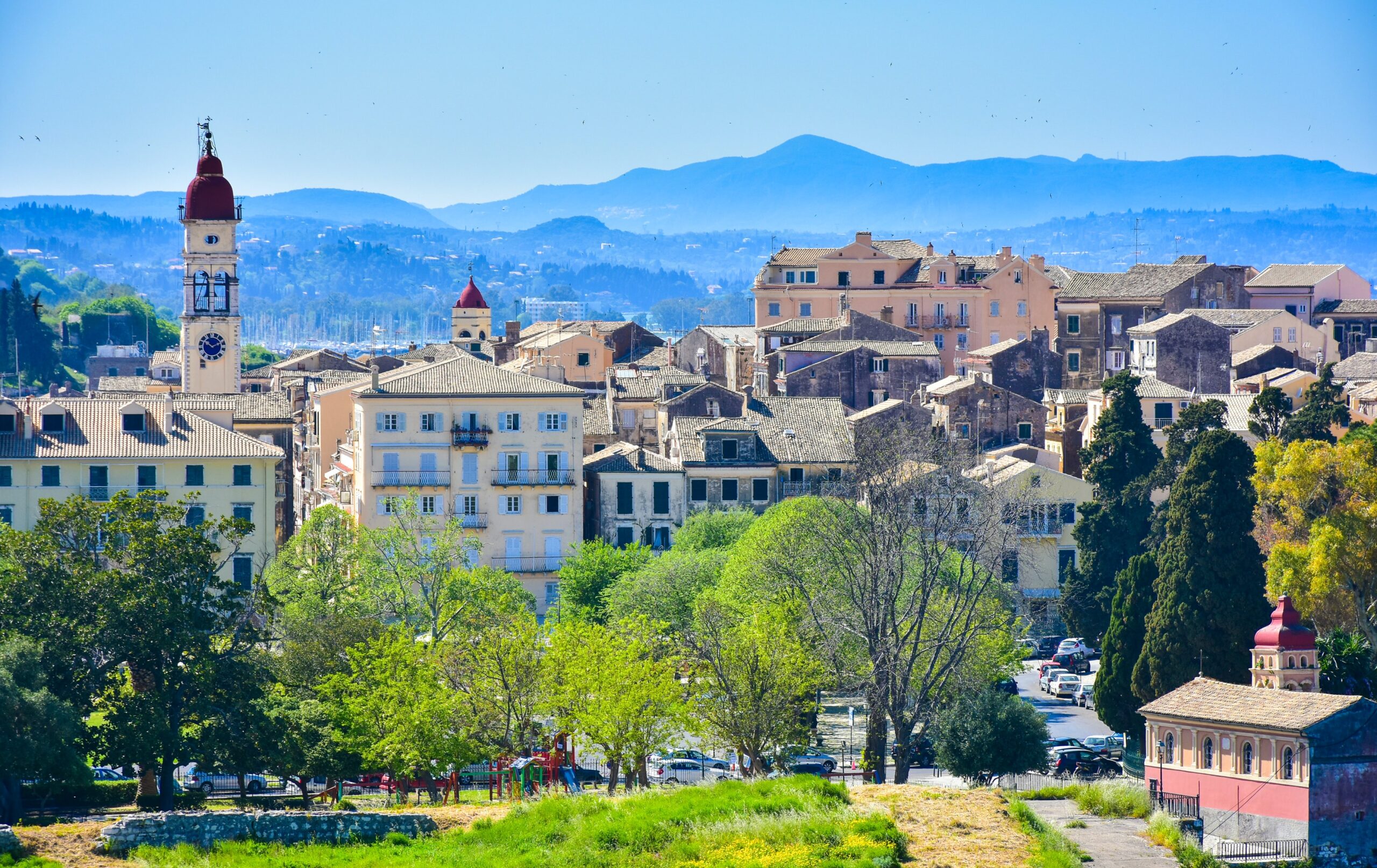 Corfu
Another sunny island in Greece up for grabs here, you can fly to Corfu and back at the end of March for a mere 18 quid! Its an island with a lot of cultural heritage and an absolutely cracking nightlife scene, too, so after you’ve spent your afternoon exploring the venetian fortresses and winding medieval lanes get yourself to all-day beach bar and restaurant, Pazuzu for some class scran and stunning views right across the Mediterranean. 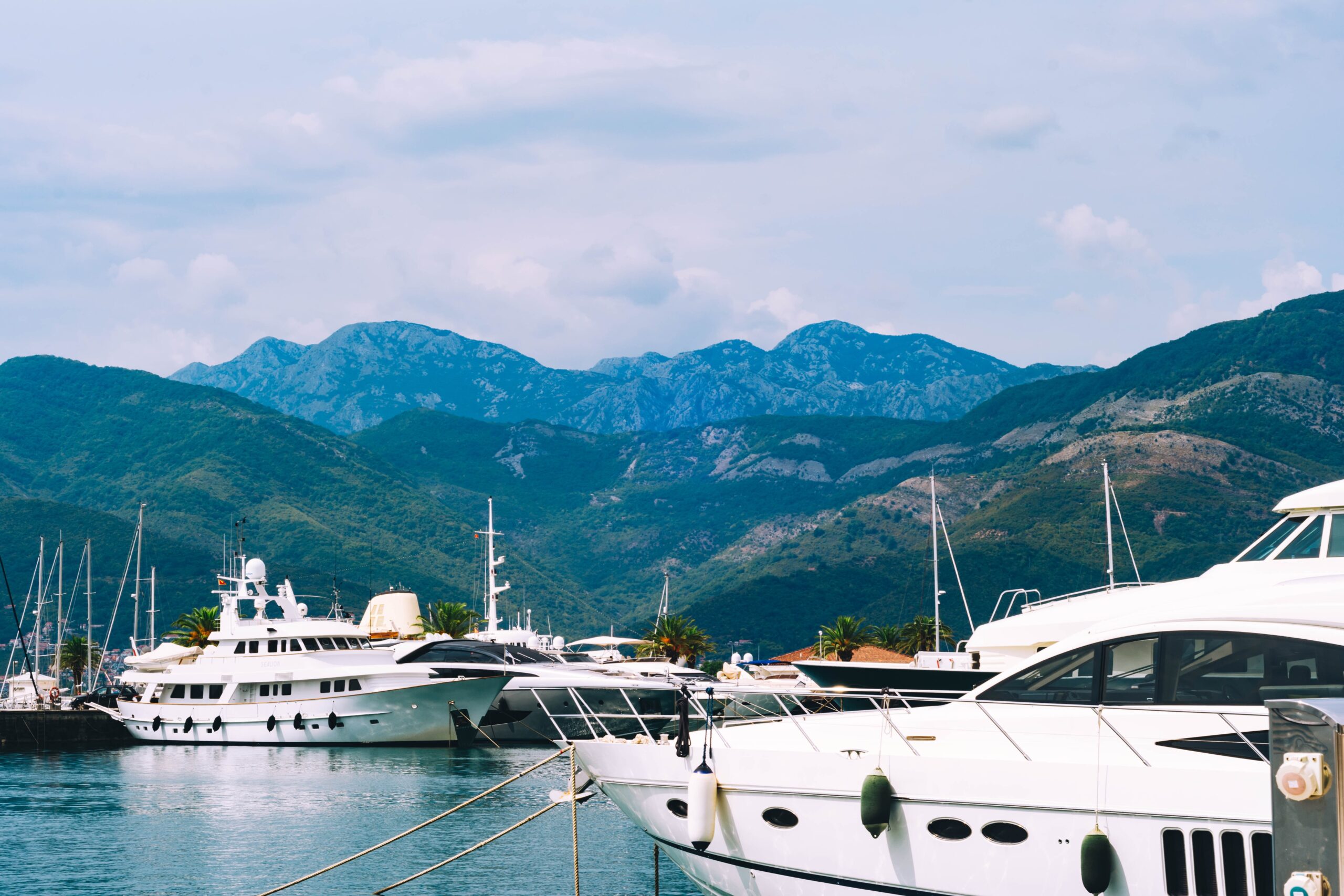 Tivat
With its super posh marina and wide selection of high-end bars and retail spaces, you’d be silly not to pay Tivat a visit at some point in your lifetime! Once a fairly modest town, the town in Montenegro went through a major remodelling and now attracts tourists from all over the world to experience its modern glamour. There’s also a fair bit of history around the place, too, including the Renaissance Summer House Buca in the centre of city, Ostrvo Cvijeca with sacred monuments, Gornja Lastva, the old nucleus, the magnificent beach at Plavi Horizonti and the island Sv. Nikola. 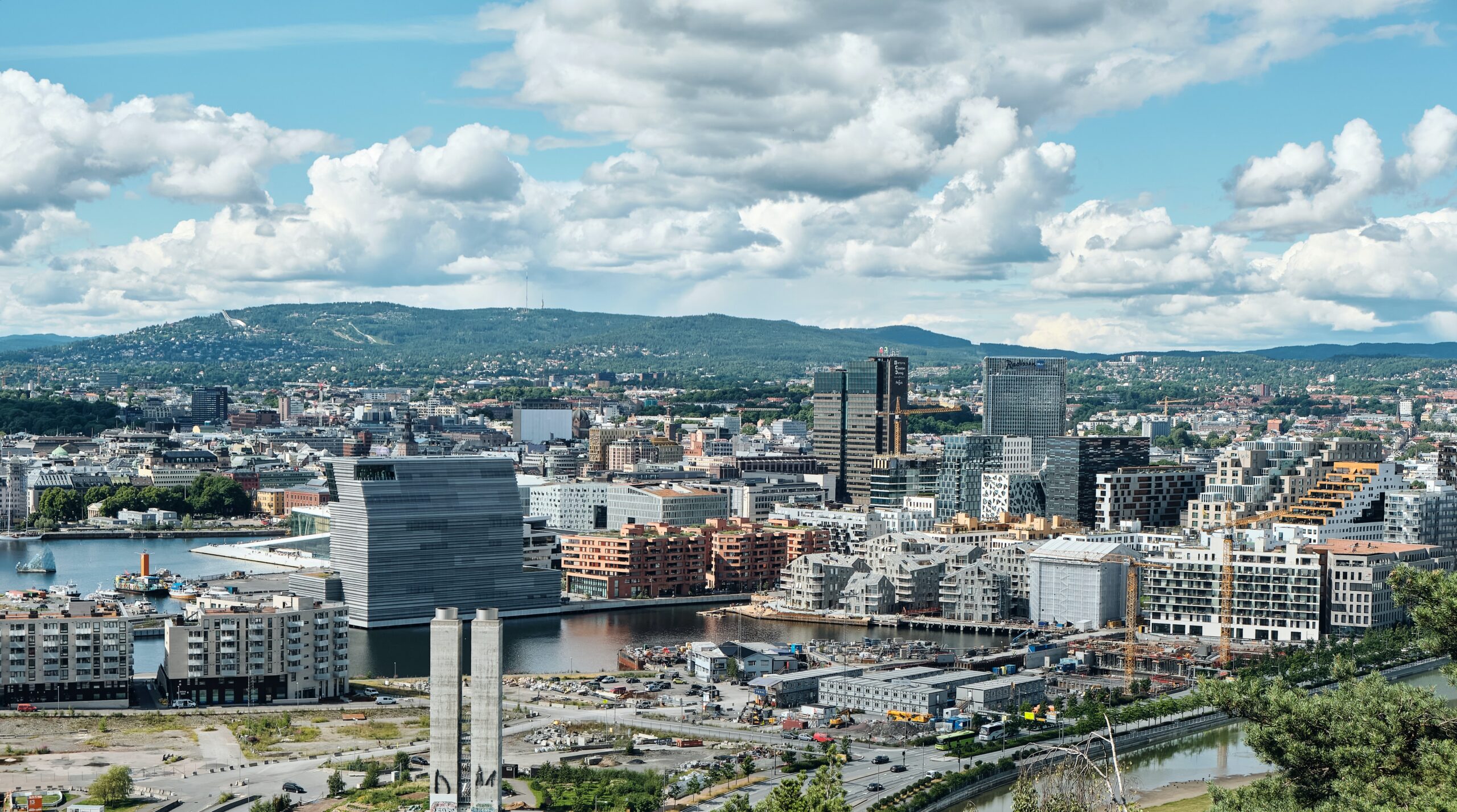 Oslo
This one’s definitely for the nature lovers among us! Oslo is known for being one of the greenest cities you can visit, as the Oslomarka forest surrounds the city and is a great place for spending an afternoon exploring or even for a wild camp. The city is also full of lively neighbourhoods where you’ll find innovative architecture, hip bars, vegan eateries and loads of cool stuff to do. We think you’ll fit right in here. 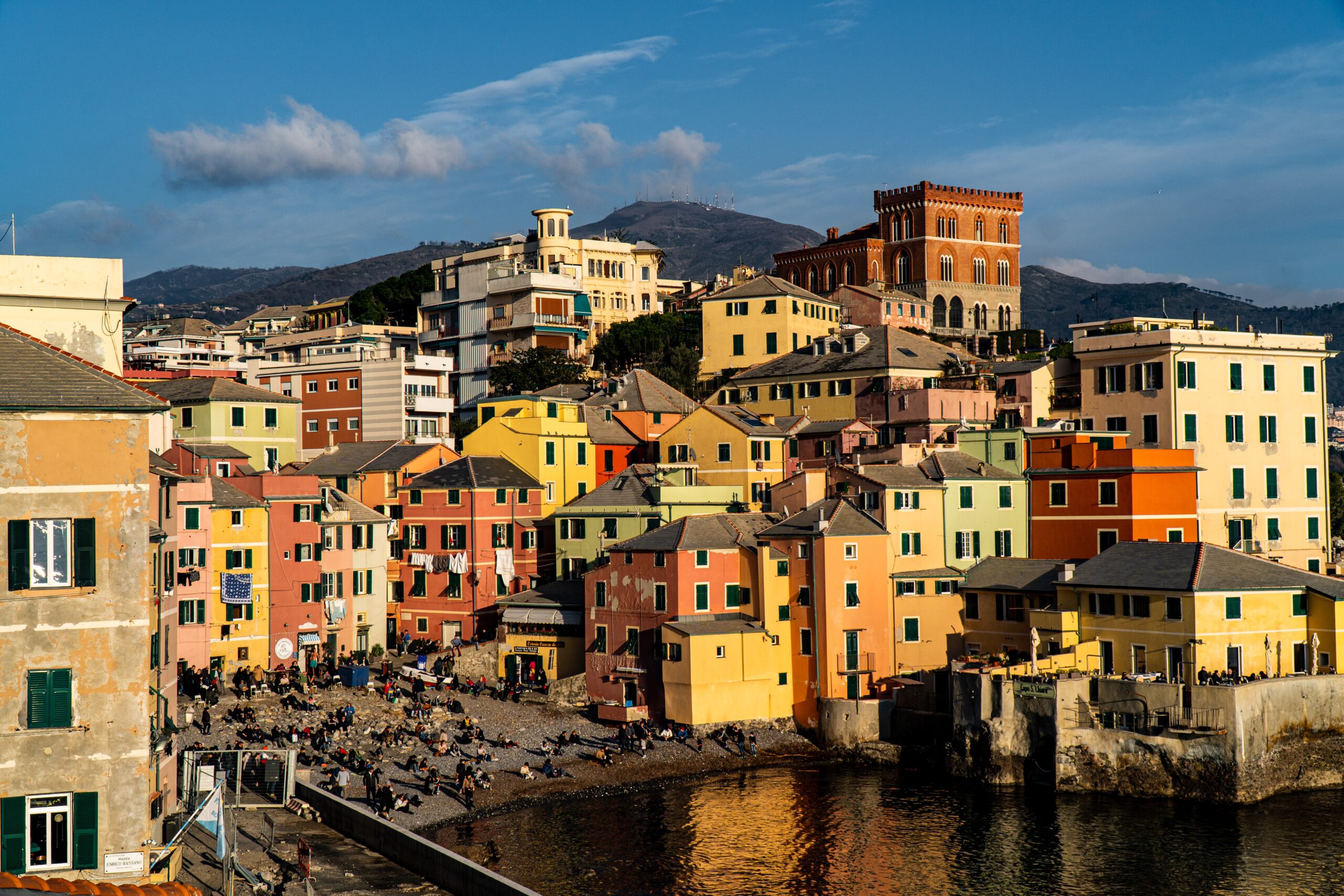 Genoa
Who wouldn’t want a last minute holiday to Italy where pizza, pasta and booze flows freely all day?! If you’re free in a couple of weeks, flights are currently going for 15 quid, and the trip promises to be a proper good’un (well, I suppose that depends on who you take with you). You’ll find the gorgeous Romanesque Cathedral in the old town, too, with its black and white striped facade and frescoed interior. 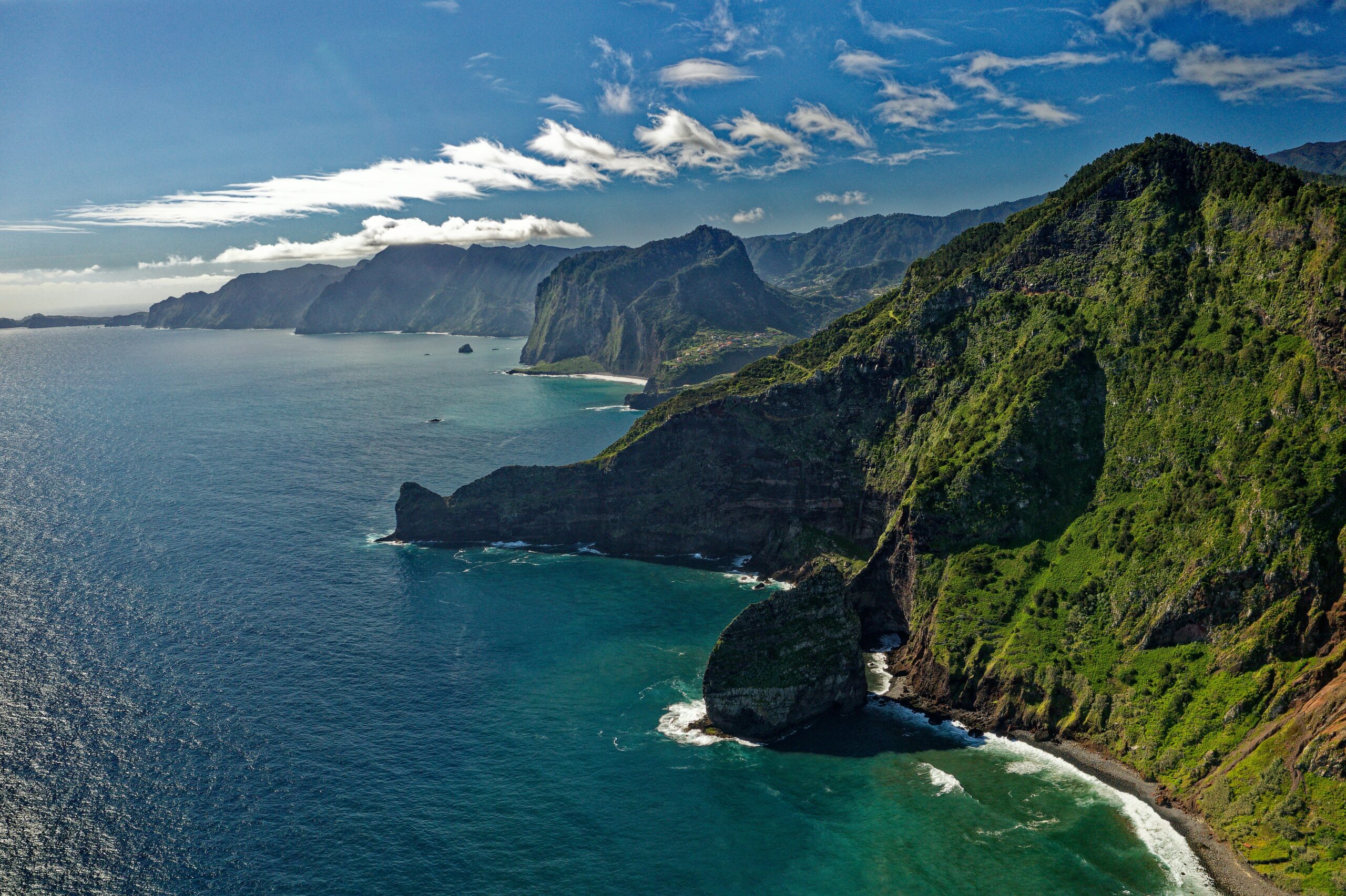 Madeira
Apparently one of Europe’s most beautiful travel locations, Madeira offers an all year round summer climate, so whatever date you decide to book you know to pack your sunnies. In addition to its stunning views and mosaic blue seas, Madeira has restaurants serving its world-famous cuisines including charcoaled beef and Lampas, which are cooked upwards in a frying pan of their own and their taste increases when splashed with fresh lemon and butter. 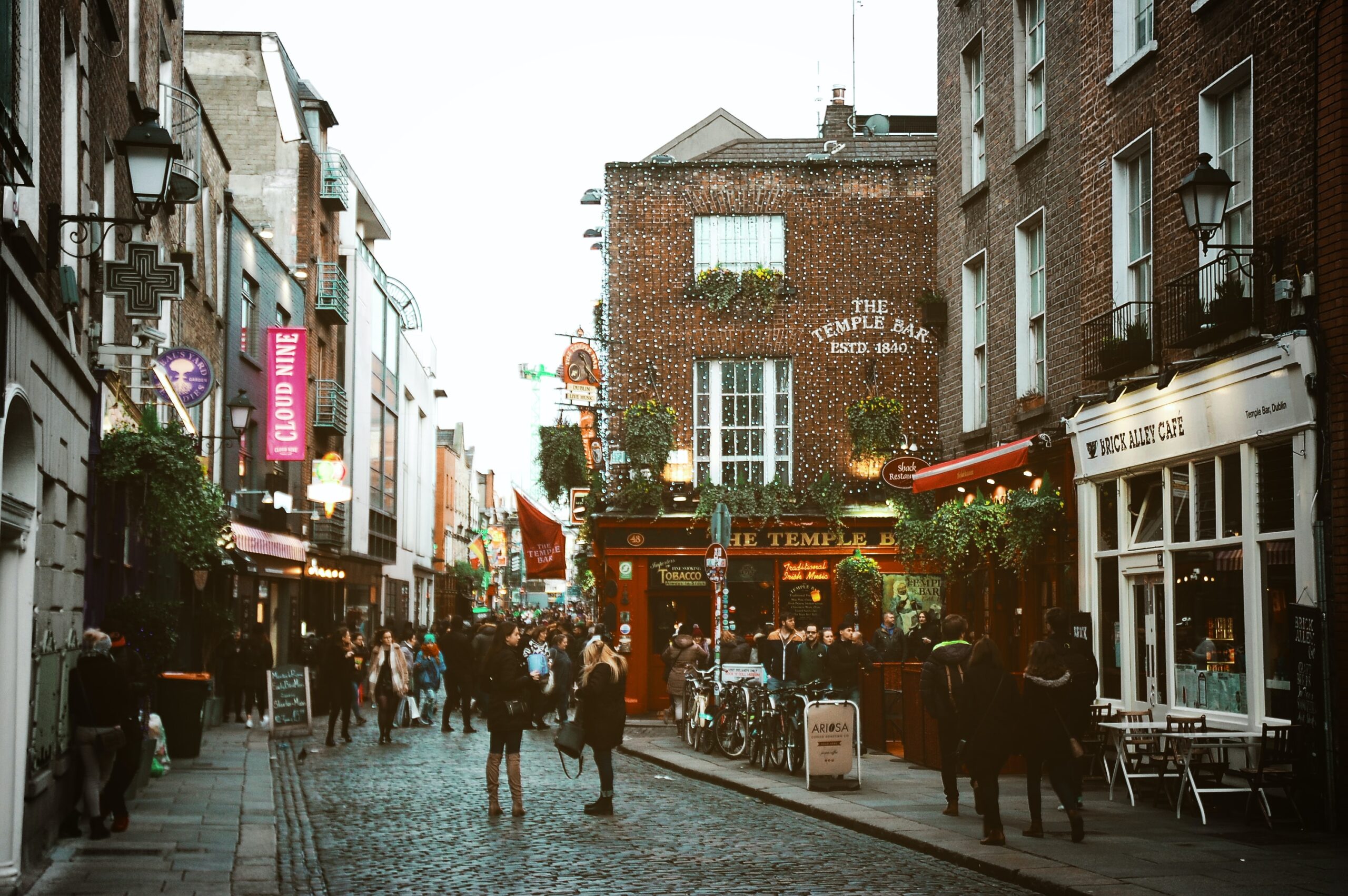 Dublin
A big holiday for the drinkers, Dublin is a great city to enjoy pints of perfectly poured Guinness (they even have a Guinness brewery tour!), some premium whiskies and tap your toes to traditional Irish music down at the Temple Bar. There’s also a Zoo, the National Museum of Ireland and Dublin Castle to explore, which dates all the way back to the 13th Century and houses records relating to the social, cultural, economic and political history of the island from the middle ages through to the establishment of the Irish Free State in 1922 and into the modern era. 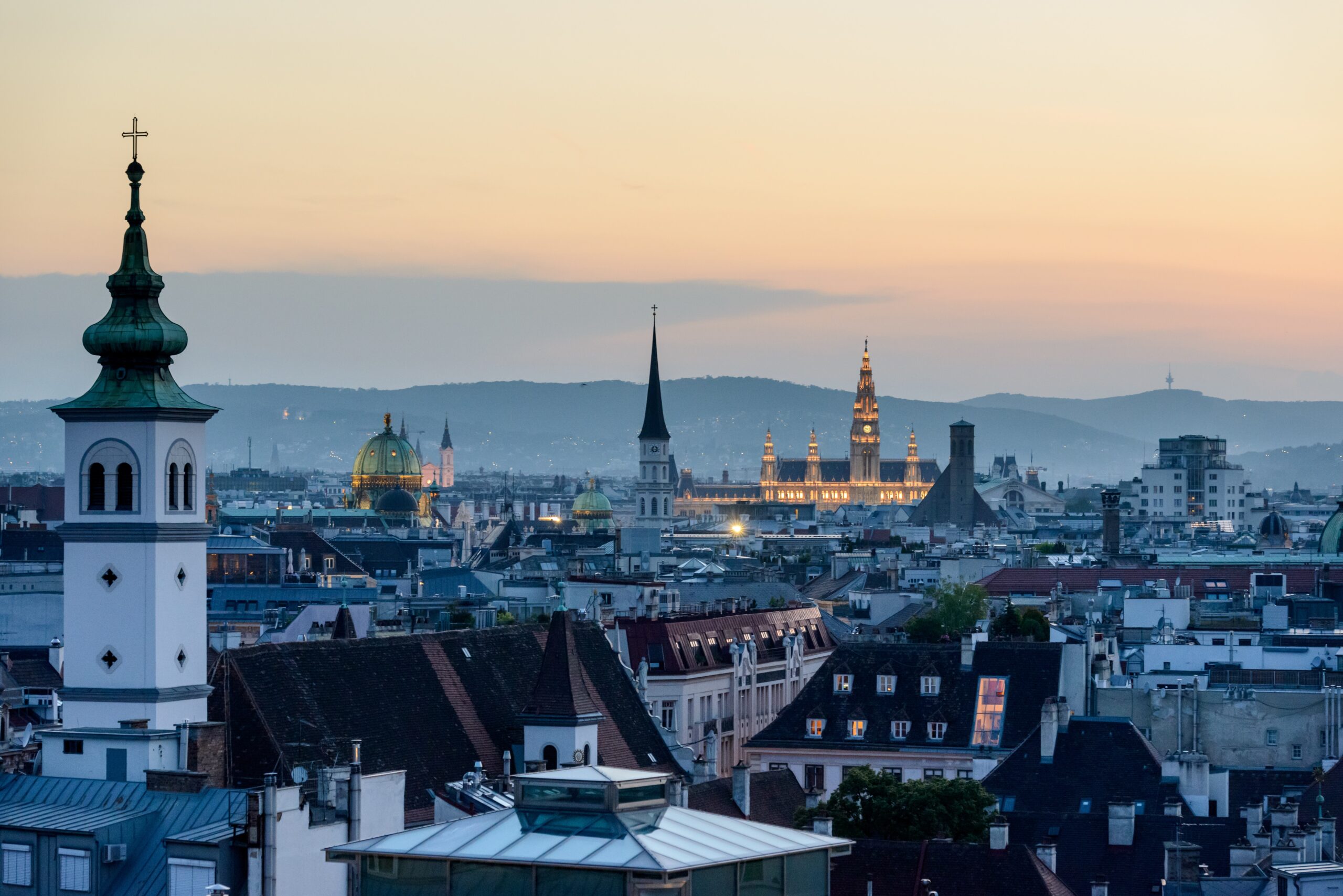 Vienna
Ohhhhhhhh, Vienna! As Ultravox once said. This place is an artistic and intellectual city, once being the residency of greats such as Mozart, Beethoven and Sigmund Freud, and it’s gorgeous green rolling vineyards and magnificent buildings are just another reason to visit. It blends heritage with contemporary art galleries, as well as outstanding food and drink institutions that you’ll definitely find a new favourite delicacy in. 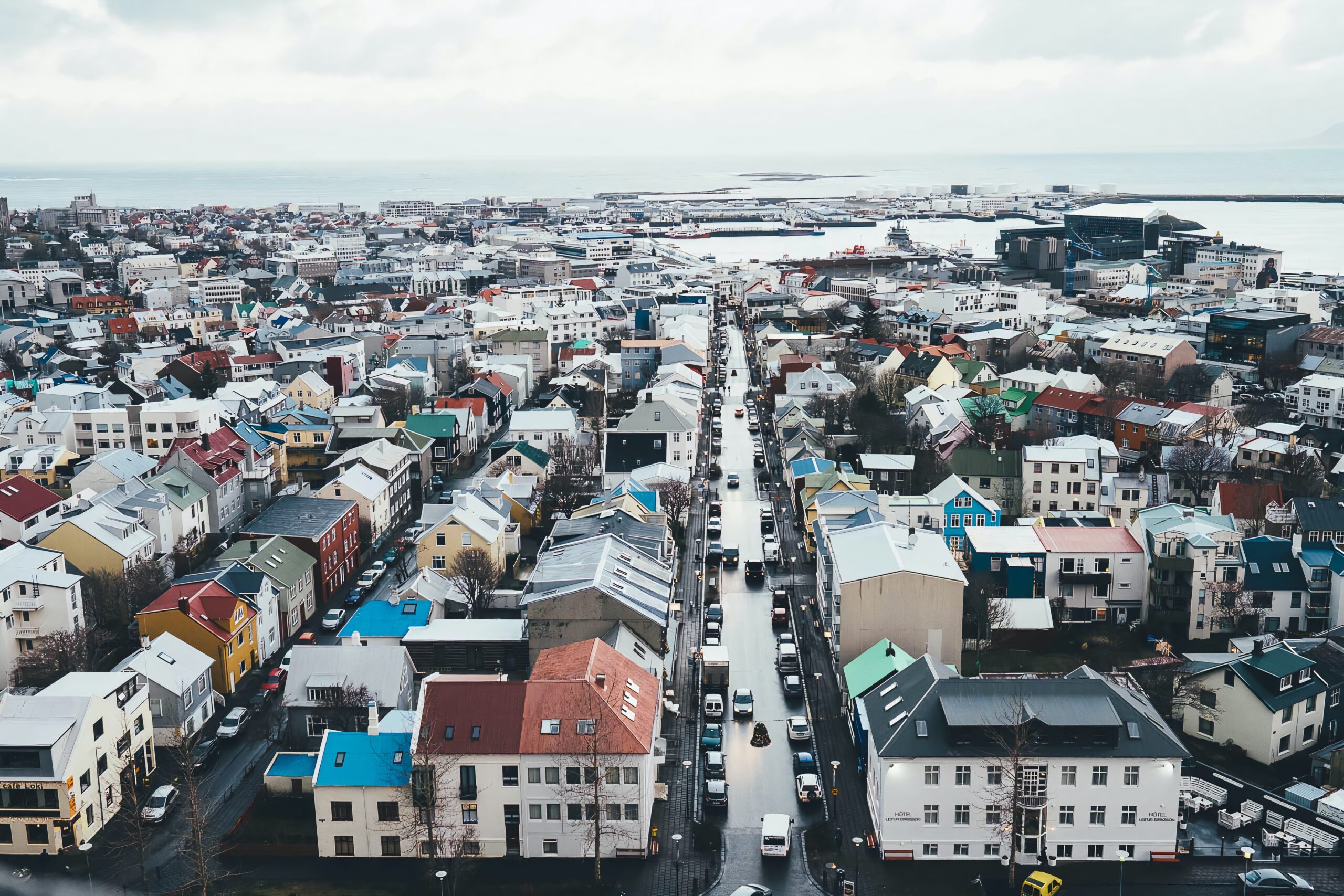 Reykjavik
On the coast of Iceland, you’ll find Reykjavik a place to recharge your batteries and blow off the cobwebs. It’s got breweries, vegan eateries, luxury hotels, some amazing clubs and loads of outdoor swimming locations – so you’ll not struggle for things to do! You can also go on a whale watching tour, so practice your best whale noises that we all learned as kids from Finding Nemo’s Dory before you go!