The Untold Murders of Biggie & Tupac... with an LAPD Detective

A deep conversation into the deaths of Tupac Shakur and Biggie Smalls... 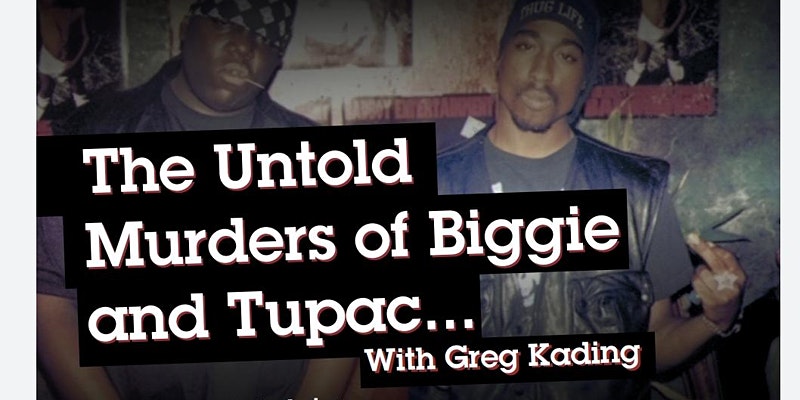 26 years after the fatal shooting of 2Pac, this talk will dive into the deaths of two of the world’s biggest rap stars, featuring two men who were involved in the whole thing – former LAPD lead investigator Greg Kading and James MacDonald, head of security at Death Row Records.

The two men will be discussing in depth their first-hand experiences and findings from the investigation, in what is probably the most well-known and infamous unsolved murders ever.

Greg Kading was the lead investigator on both murders, working on a multi-law-enforcement task force in the mid-2000s. Following his retirement from the force in 2010, he self-published a book – Murder Rap: The Untold Story of the Biggie Smalls & Tupac Shakur Murder Investigations. In it he controversially included new evidence that seemed to implicate Sean Coombs and CEO of Death Row Records, Suge Knight.

Formerly known as “Mob James“, James McDonald was the head of security at Death Row Records and was instrumental in the label’s intimidating and fearsome reputation. He was the ‘muscle’ and worked closely with Suge Knight as his ‘go-to-guy’ for years, using “any means necessary” when getting a point across to their opponents and competitions. Recent years have seen McDonald push to be a positive role model in the lives of vulnerable young men from disenfranchised areas of the US. His podcast “The Gangster Chronicles” acts as not just a platform for his stories about his time at Death Row, but also looks to use this knowledge and wisdom to help keep young men from gangs.

The two men will be delving deep into the depths of two of the biggest rap stars of all time – will the truth finally be brought to light?

The Untold Murders of Biggie & Tupac..