Hulme's iconic venues are coming together to host a big jubilee street party this weekend...

This Queen’s Jubilee Bank Holiday weekend will see Hulme’s historic NIAMOS team up with Kim’s Kitchen, Hulme Community Garden Centre and Friends of Hulme Park to present two days of events, live music and parties, which you’re not going to want to miss out on.

The celebrations will kick off on Friday from 11am with live music and DJs in Hulme Community Garden Centre. Dave Ruf, Kid Katharsis, Spanner and Chris Jam will take you through into the afternoon, with market stalls and food vendors there too so you can have a walk around.

Oooh LaLa will be launching their brand-new cafe space in the Garden Centre on Friday, with a Royal Tea Party complete with cream tea and scones.

Moving into the evening and special guest DJ Hot Pepper from Legacy FM will be in the Garden Centre marquee from 7pm, before the party moves into NIAMOS for a massive party with Chimpo, Jungle Studios, Dom Blood & Fire and headlined by Dub Smugglers.

The collective hail from the deepest, darkest corners of South Manchester’s house parties, where it established itself as a leading player in the game. Armed with an insane sound system ( so good they’ve even adopted it as part of their name) they’re now renowned for hosting some of the best parties in the city.

Dub Smugglers’ nights are always full of the true spirit of Reggae, bringing together the city’s biggest Dub fans under one roof.

Even if you’ve not been to bed yet, fear not because the celebrations begin again on Saturday morning from 10am with the Hulme Street Party and live performances in Hulme Park. 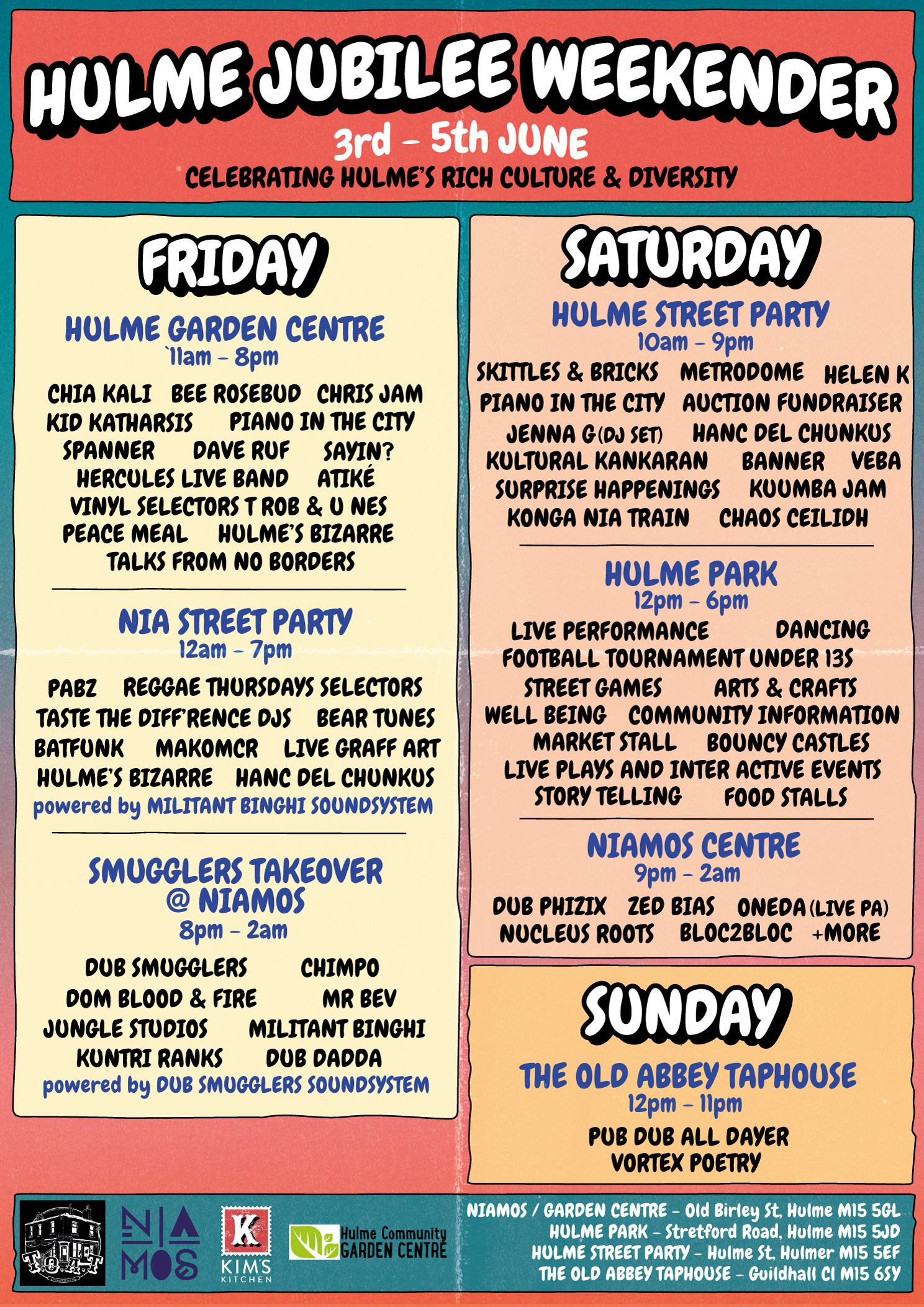 In to the evening and NIAMOS will be hosting a massive RENT PARTY from 9pm, with all funds raised going back into the centre. It’ll kick off with Nucleus Roots, followed by Oneda, Zed Bias and Dub Phizix.