10 Stunning Historical Sites In & Around Manchester

As our city continues to grow, revolutionise and make its stamp on the world, it seems people are more eager to look towards the future, rather than exploring the past. 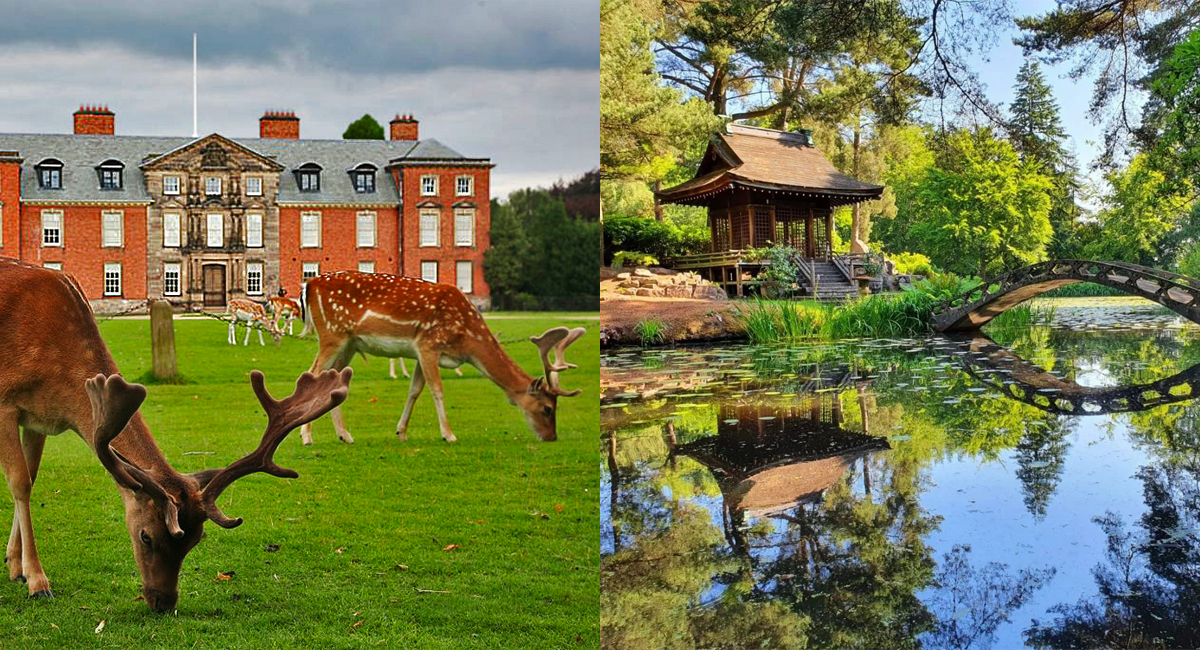 Unbeknown to most (including myself), Manchester and its surrounding towns are drenched in historical locations that created the foundations of the city we now know and love.

From magical winter gardens to world-famous architecture, Manchester is city sprinkled with the ashes of the past; and yet, barely anyone realises. So this week, swap the pub for one of our seven favourite historical hot-spots in Manchester and learn about your city’s ancient personality.

Quarry Bank Mill
Built by Samuel Greg at the beginning of the Industrial Revolution, Quarry Bank Mill is a stunning historical hotspot that will shed some light on the 18th Century. The cotton mill, which still retains its original appearance, offers a fascinating insight into life as a mill worker; even the smell remains the same. The apprentice house on the other hand shows what life was like for a child worker. This is explained by a guide during your tour, whereas the gardens are free to roam and explore for people who want to go for a simple stroll by the river or a hike in the surrounding woodland. Quarry Bank is a National Trust building but is also open for general admission- something we highly recommend. 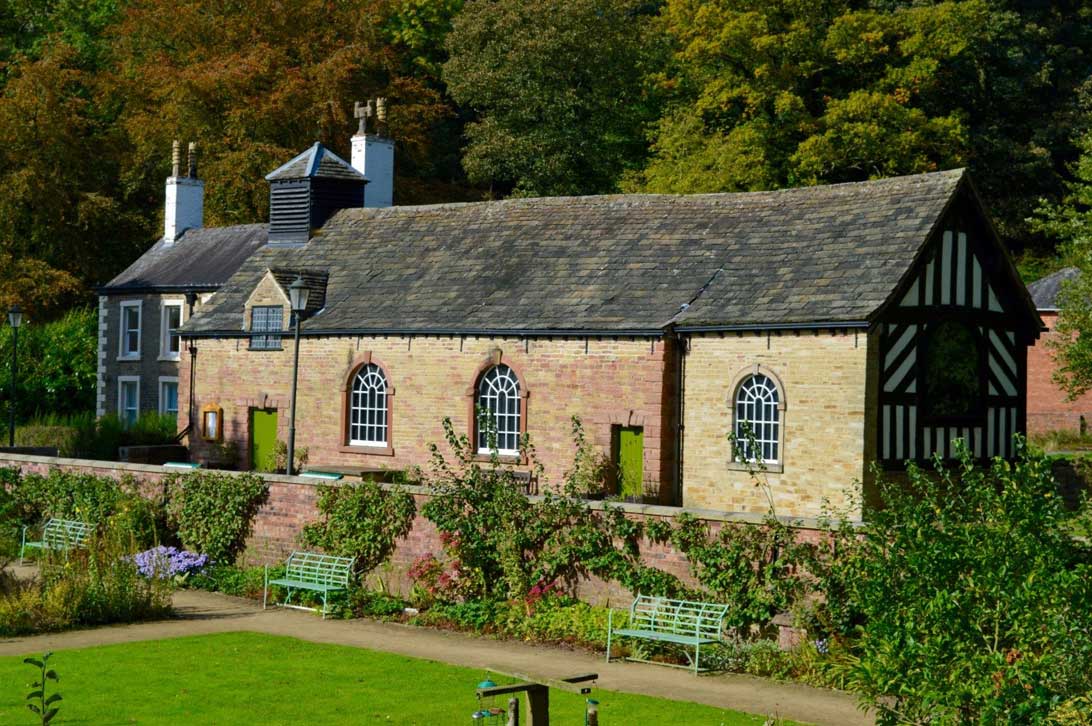 Chadkirk Chapel
This charming 18th Century chapel stands in the heart of Chadkirk Country Estate, but its history goes as far back at the 7th Century! Once you’re inside, learn about the history of the chapel and its connection to the urban legend and missionary, St Chad. As a result of an extensive restoration in 1995, Chadkirk Chapel is full of beautifully carved wooden panels and windows depicting scenes from life of the saint. Similarly, the estate in which it is situated is a stunning location for a leisurely stroll, jog or bird watching. 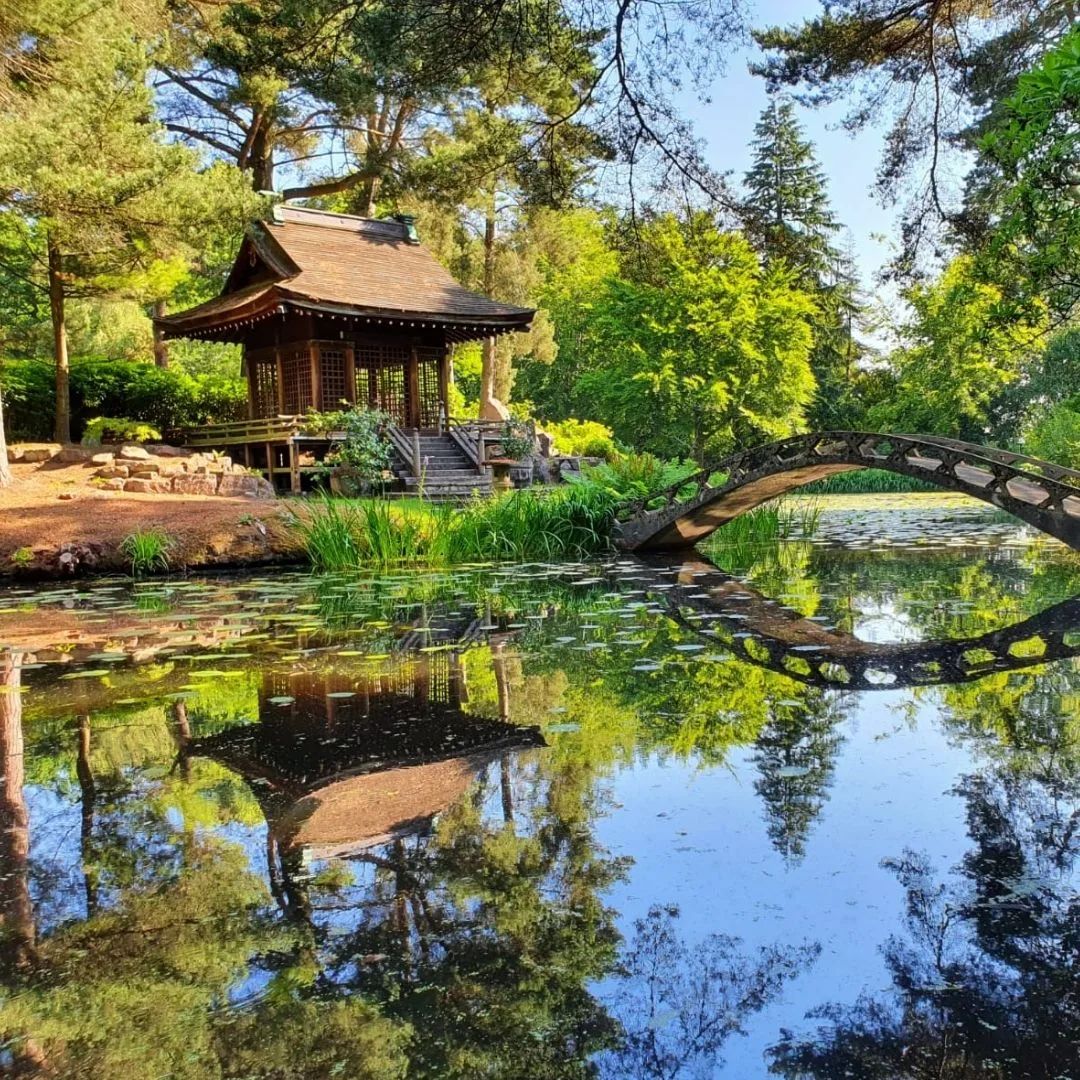 Tatton Park
Would you believe that just outside of Manchester, in Cheshire, sits one of UK’s most complete historic estates? And the best part is its open for you to admire and explore! This stunning estate and 1,000 acres of parkland is only £5 entry, and with that you’ll be able to see what life was like during the Tudor times at the former Egerton family home. Need some fresh air? Head out to the estates’ working farm and meet some very special, rare animals, before taking a stroll around the deer park and extensive green land. The grounds also have an on-site café called The Stables that is open to serving hold and cold food and drinks, but visitors are also permitted to eat a picnic by the lake if they’d prefer. Basically, it’s the perfect, affordable, family day out. 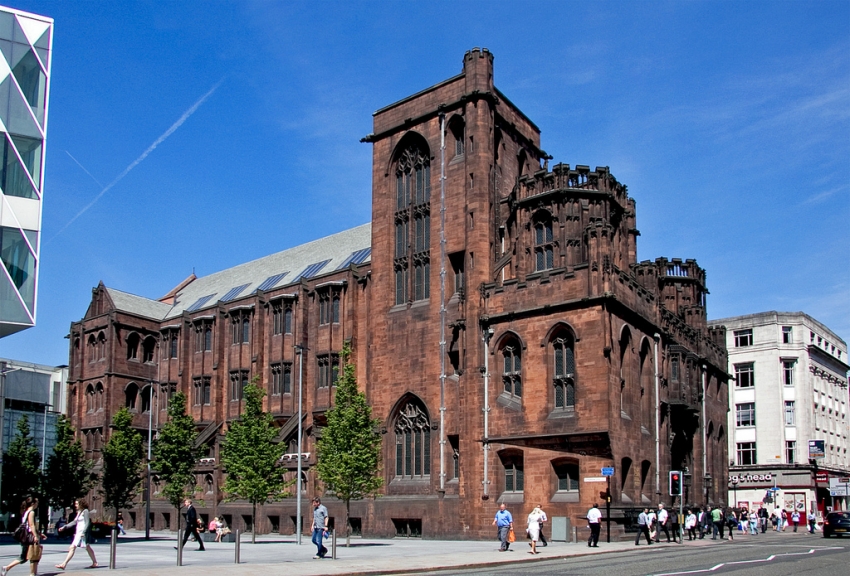 The John Rylands Library
It’s safe to say The John Rylands Library on Deansgate looks less like a library, and more like something from Harry Potter. The Victorian Gothic masterpiece is an exquisite example of Manchester architecture and remains one of the city’s most stunning historical attractions. But it also has a romantic history too. When successful industrialist John Rylands died in 1888, his wife Enriqueta was paralysed with grief. In order to keep the memory of her husband alive, she commissioned, with his £2.7million fortune, the creation of the library which is actually the home of the oldest known piece of the New Testament. 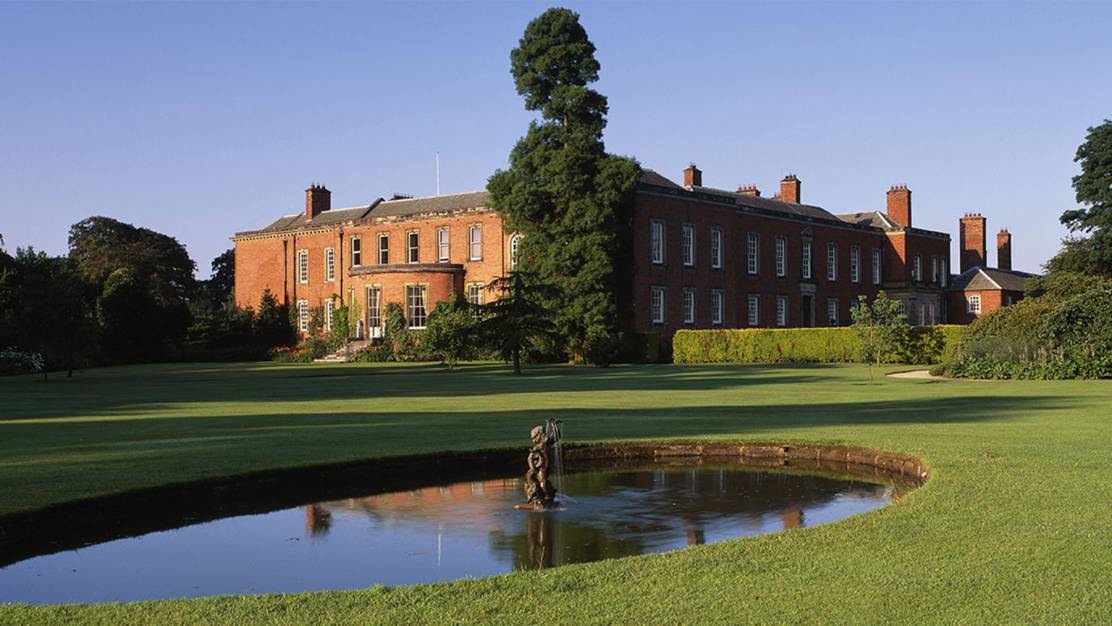 Dunham Massey
Dunham Massey is a stunning 18th Century house and plantsman’s garden with various historical features including a Victorian Bank House, Orangery, Pump House and the remains of an Elizabethan Mount. Formerly the home of the last Earl of Stamford, these idyllic grounds have been owned by the National Trust since 1976 and are open to visitors all year round. Whilst the house is under renovation til February, the park and gardens are a wildlife lovers’ paradise; home to fallow deer, owls and woodpeckers. Stroll freely through an oasis of greenery and ancient trees and even enjoy one of Britain’s most spectacular winter gardens and enjoy the sensory delights of snowdrops, daffodils, bluebells and roses. However, the fun doesn’t end there. Dunham Massey also advertises a range of activities for families and visitors including a garden trail, historical tours, storytelling and art in the garden. And for you art lovers out there, don’t forget to explore the house- it’s an artist’s paradise. 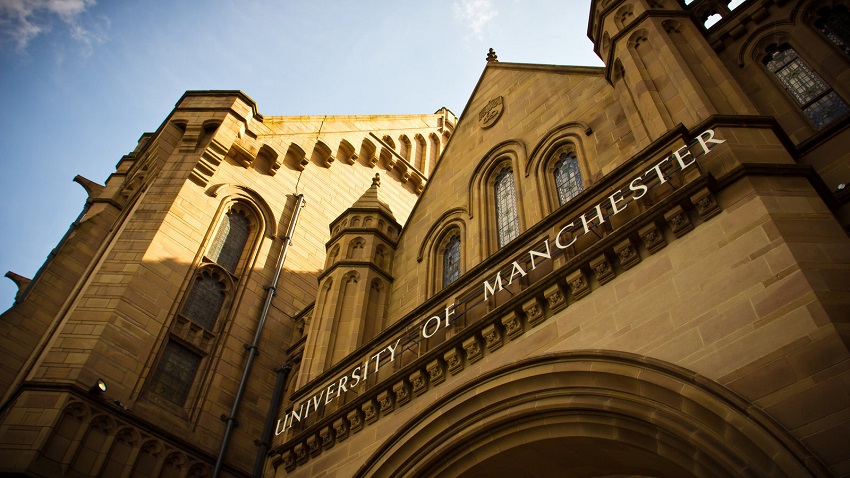 The University of Manchester
The University of Manchester is one of the most important historical locations in Manchester, and actually contributed greatly to the industrialisation of the city. This grand and archaic structure on Oxford Road was designed by Alfred Waterhouse, and can be explored freely or by guided tour. The notoriety of The University of Manchester was established most evidently in the fields of Maths and Science, but the history doesn’t end there. The ‘splitting of the atom’ by Ernst Rutherford and the genius works of Alan Turing are just some of the events that can be understood more deeply; but don’t forget to admire the world-famous architecture too- it’s something else! 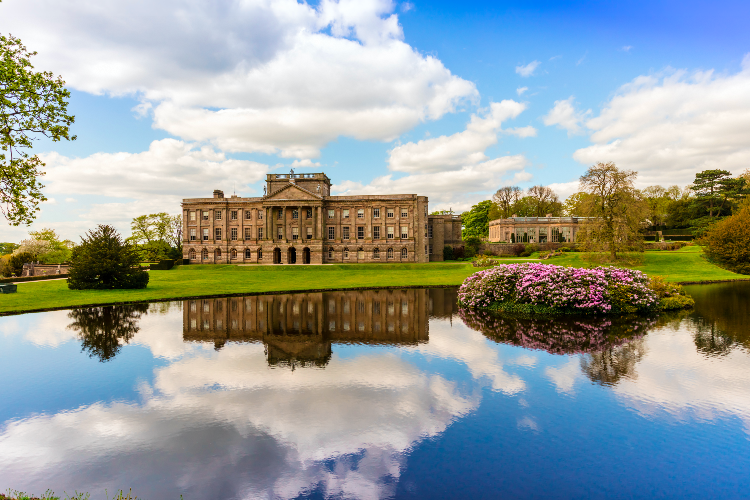 Lyme Park
Pride and Prejudice – one of the most famous and greatest love stories of all time. But are you surprised to find that Lyme Park, on the edge of the Peak District, is the backdrop to where Mr.Darcy and Elizabeth meet for the first time? Well, it’s the truth! As well as its blockbuster appearance, Lyme Park is a haven for historians and has a colourful past which includes the rescuing of the Black Prince and the exile of the Duke of Windsor. Whether you want to explore the masterfully kept gardens or gaze upon tapestries, clocks and antiquated interiors, Lyme Park has it all. 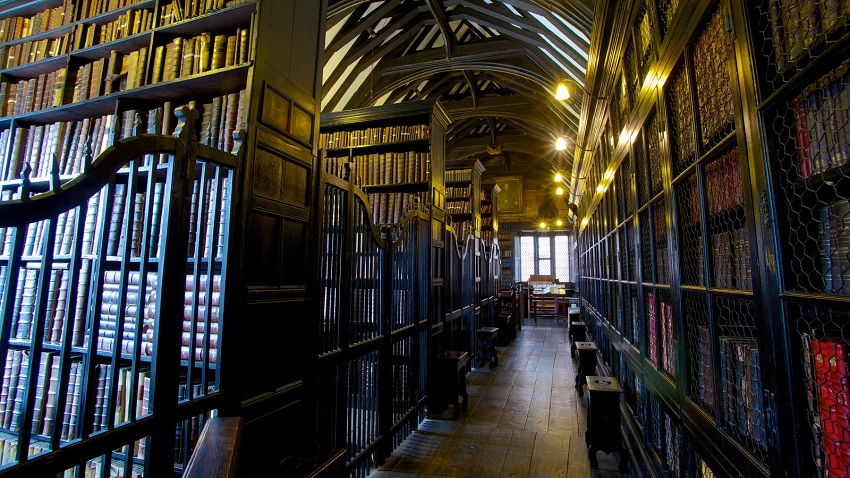 Chetham’s Library
The oldest public library in the English-speaking world, Chetham’s has stood in the city centre, a stone’s throw from Manchester Cathedral since 1421. It was originally a college of priests, and served as a prison during the Civil War. It was eventually turned into a public library in 1653, the result of the wishes of Sir Humphrey Chetham, a wealthy merchant and who wished for it to be free and “to require nothing of any man that cometh into the library.” It’s also the place where a certain John Dee summoned Satan to Manchester, but that’s a whole different story altogether.

Doctor Dee: The Man who brought Satan to Manchester 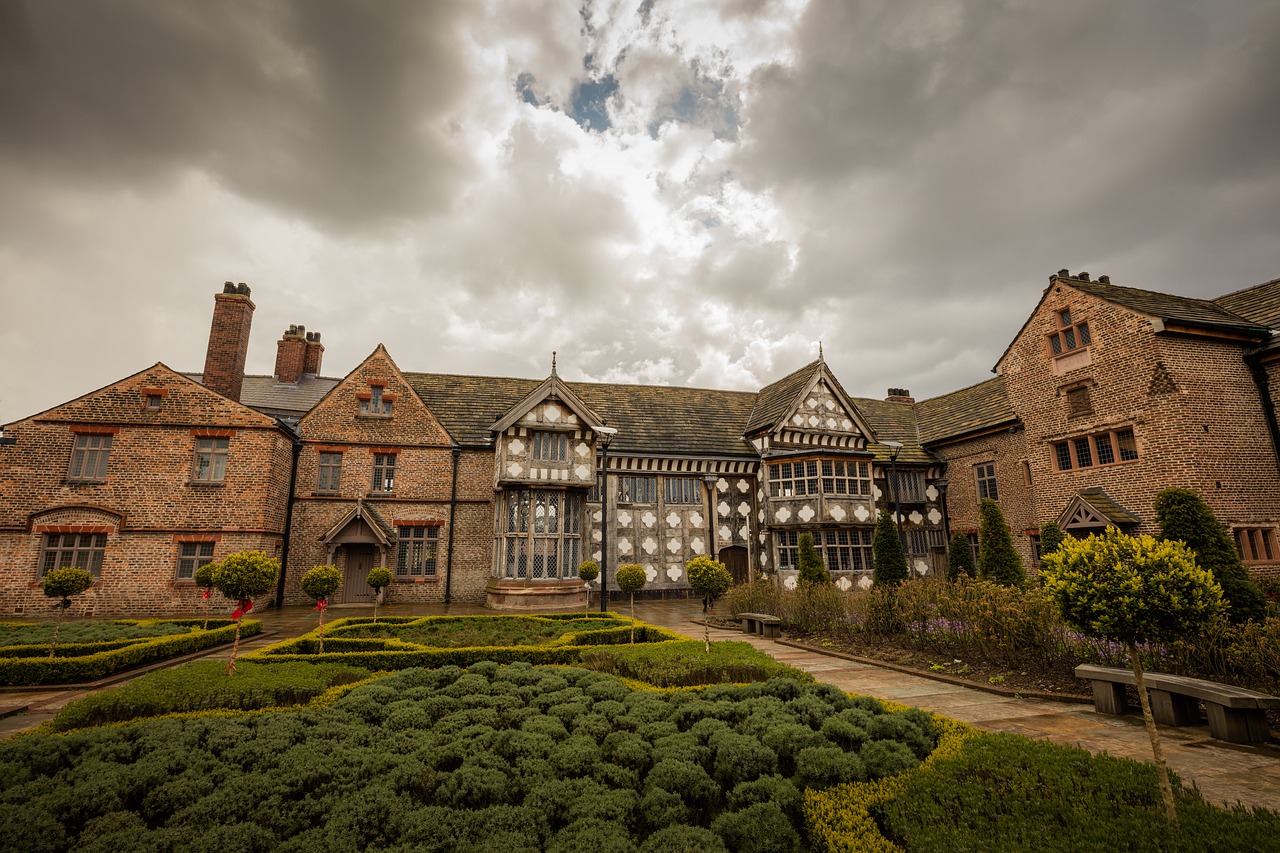 Ordsall Hall
Ordsall Hall dates as far back as 750 years ago and is known as the alleged site where Guy Fawkes helped devise The Gunpowder Plot – the street beside it is named after him. Quite possibly the most haunted place in the whole of the North West, the people that work at Ordsall Hall have even installed a live ‘GhostCam’ so you can try to catch a spooky visitor at night. Most of the paranormal activity is centred in the Star Chamber; where ‘The White Lady’ resides, searching and waiting for her twin brother to come back from battle. There’s plenty more to Ordsall Hall though, with a rich history and many community events on offer. 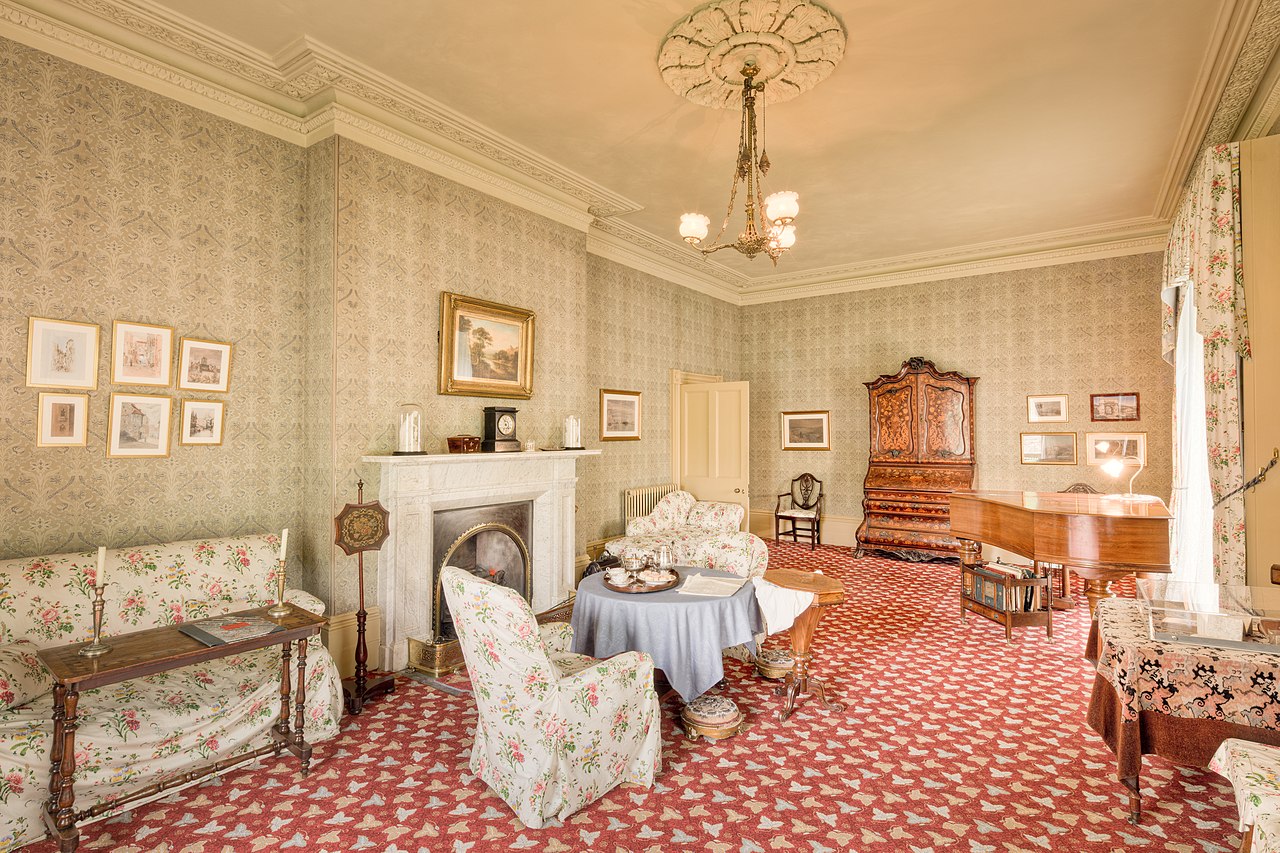 Elizabeth Gaskell’s House
There are a lot of people out there, probably you included, who have never been to Elizabeth Gaskell’s House and indeed – never even knew that it existed. Let’s start with Elizabeth herself, a woman who The New Yorker recently called an “unjustly overlooked Victorian novellist” whose novels, short stories and biographies have offered a uniquely detailed portrait of the lives of the many layers of Victorian society, including the very poor and destitute. Her most famous novels include Cranford (1851–53), North and South (1854–55), and Wives and Daughters (1865), many of which you’ll recognise from reading the Radio Times over the years after the BBC made adaptations for telly. Her house was acquired by the University of Manchester and then bought by the Manchester Historic Buildings Trust who raised money to renovate it and open it to the public.