From Manchester to: Dublin's Must Visit Hidden Gems

The city that you've probably dismissed as "Too expensive" is well worth a visit regardless... 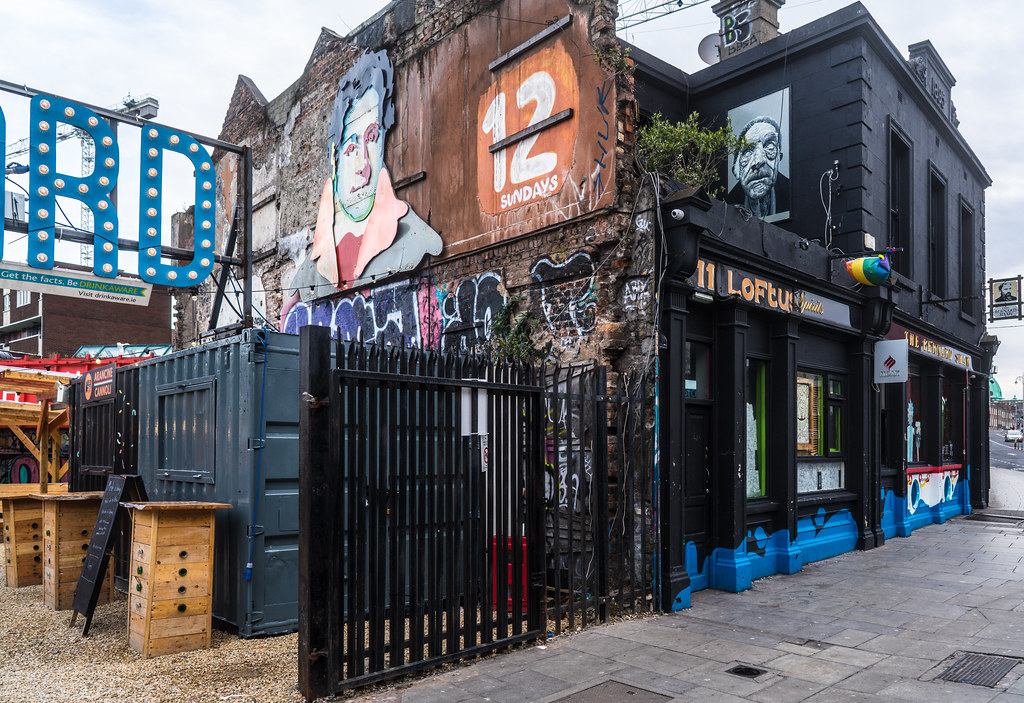 Bernard Shaw/Eatyard
Maybe it was naive of me to open with something so far out from the centre, but, be patient and trust that Eatyard is well worth the trek. It’s Dublin’s answer to our Hatch – a bunch of thoroughly mouth-watering indie food stalls with great atmosphere and even greater events. It’s a multi-coloured, fairy-light-studded yard that’s been bolted onto Bernard Shaw: a lively boozer that seemed to be very popular with student-y looking people. Stop being a lazy tourist – leave Temple Bar! Go in the daytime for juicy bao buns, or, gourmet mac and cheese. Go in the nighttime for a proper booze-up and boogie (where no one’s watching you, watching them dance – we don’t care). 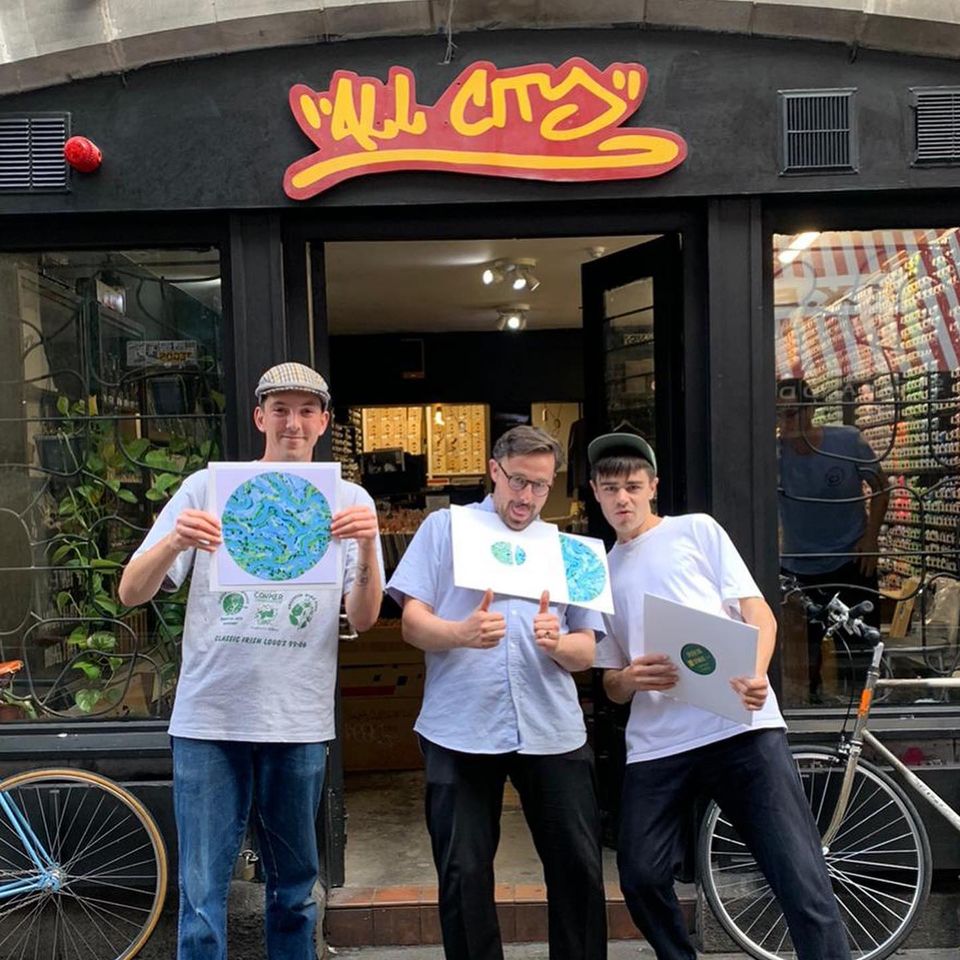 All City Records
Okay, now back to Temple Bar. It obviously calls itself a record shop, but it sells pretty much everything that the mainstream accepts as “cool”. What counts as “cool”? Graffiti supplies, vinyl records, graphic t-shirts, magazines… They have the kind of staff you secretly hope will be impressed with your purchase (because they’re so “cool”), but are so nice they’re probably not even looking. I believe they sometimes host in-store events and DJ sets (which I’m sure are also very “cool”) but I didn’t go to one, so I can’t be sure of their coolness. You should probably go, just to check. 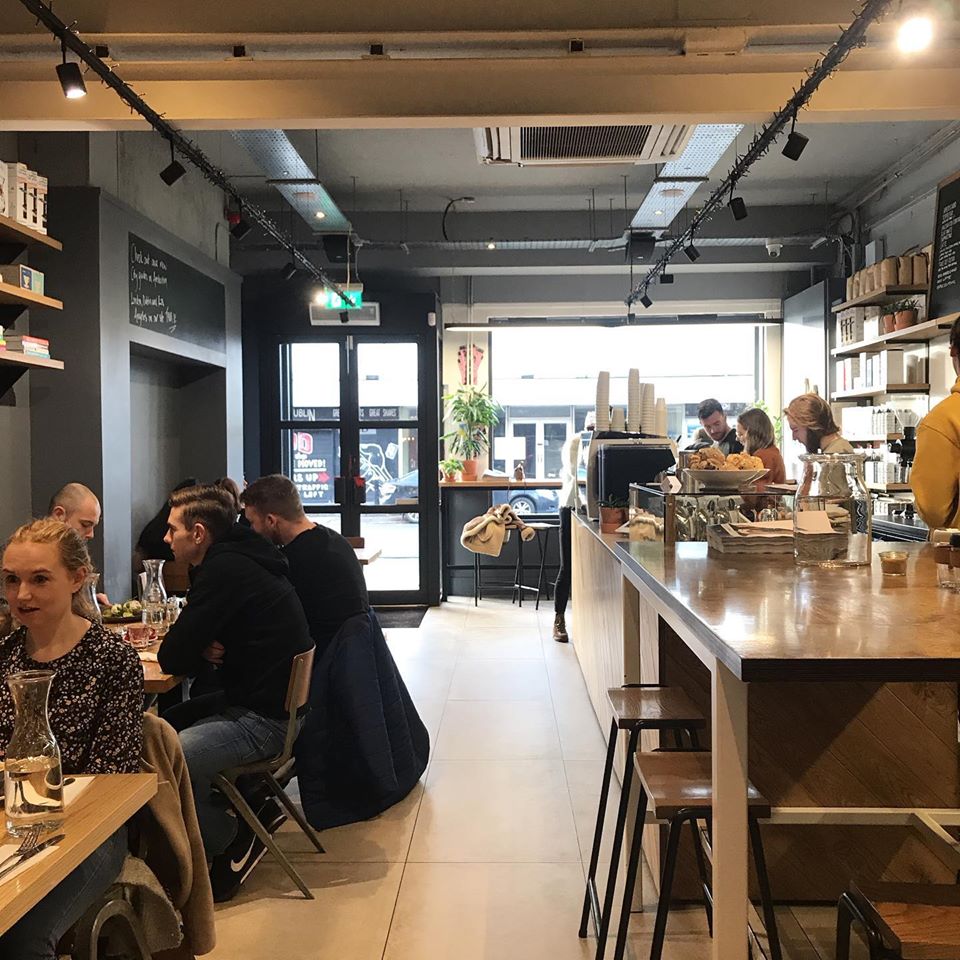 Two Boys Brew
Admittedly, I just popped in here for a hangover-cure espresso (most food that was eaten on this trip was hangover cure. And it was only two days). After seeing (and smelling) the brunch dishes they do, I had to give in to the calling of the belly. Order? Crunchy potato cake with buttery, slow-cooked, pulled Irish beef cheek. Pure textural insanity. Potato cakes (done right) can be a much richer, adult version of hash browns. I probably couldn’t have had more than the one in 1 sitting, but I’d give anything to have one right now. Also, they had a solid range of coffee roasts to choose from if you’re the type to scrutinise beans (but I just got filter). This is another out-of-town gem, but quite near Bernard Shaw if you’re around. And the best news is – they serve brunch ALL. DAY. 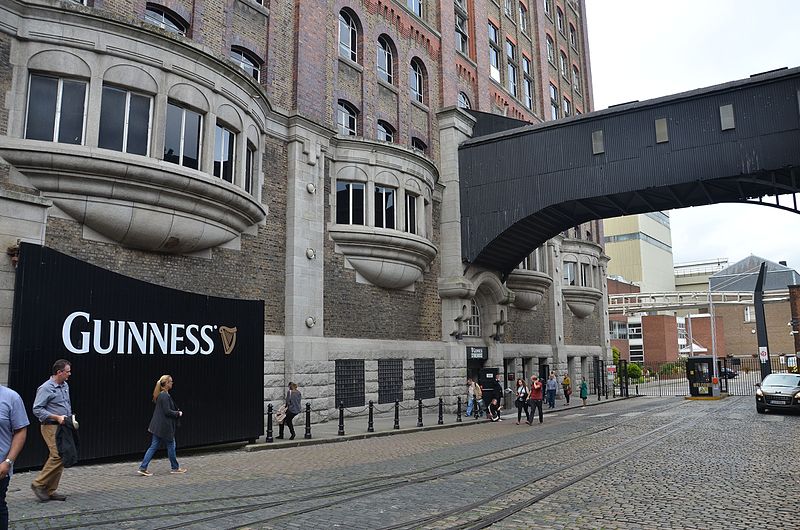 Guinness Storehouse
I don’t care what anyone says – this is worth every penny. Willy Wonka could never. Walking into the taste-test room is like passing through Mario Kart’s Rainbow Road into a blanch-white, Kubrick dreamscape. It’s visually awesome. Plenty of photo opportunity for the gram-conscious (they do walk among us). Plus, for the price of the £19.50 ticket, you get a free pint (and the taster, obvs). Considering you can get 1 pint of Guinness for almost the same price at The Temple Bar, it’s pretty reasonable. Don’t think of it as a tour round a factory, by any means – it covers so much more than that in so much better ways. 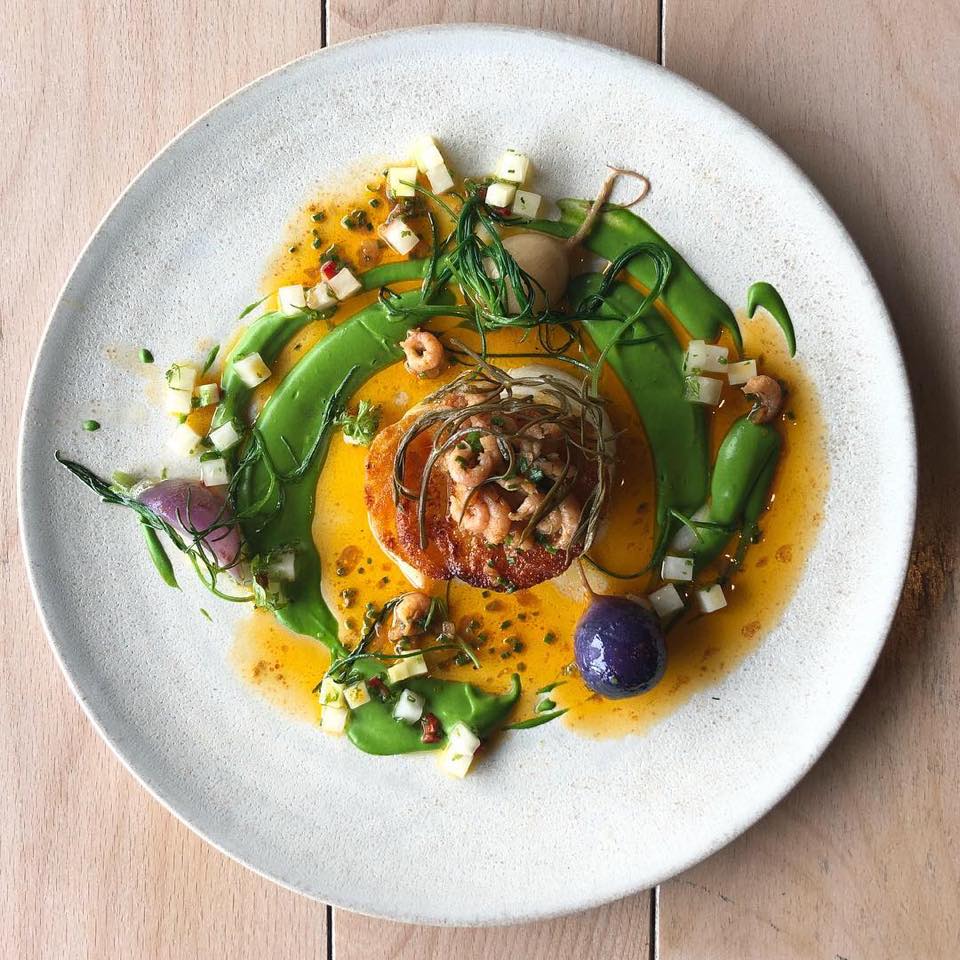 Bastible
Recently reviewed by The Observer food critic Jay Rayner, Bastible serve up a tasting menu which he claims is reason enough for an Irish weekend break alone. High praise indeed from him, as he was impressed with former-NOMA head chef Cúán Greene’s dishes, part of a rather modestly priced tasting experience. There’s word that a true food renaissance is beginning in Dublin, with Bastible a major part of it, so if you’re a foodie – a visit should probably be on the cards. 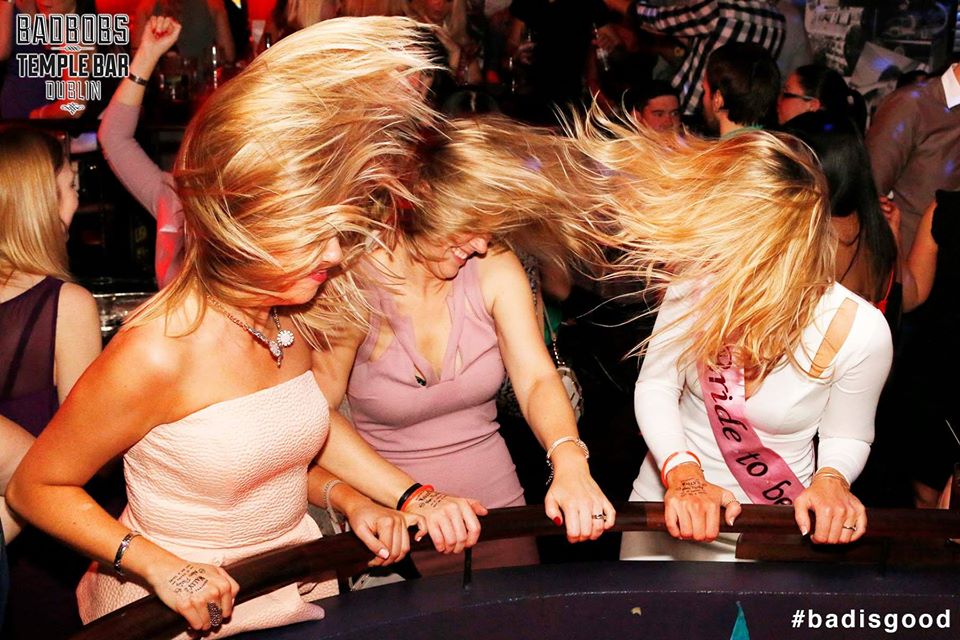 Bad Bobs
Bad Bobs was one of those mental little places where everyone’s drunk, everyone’s singing, and no two people are the same. There were young’ns, old’ns, dressed-up girls, goths, and everything in between. In a city absolutely swimming in monster-pubs with live music, this should be pretty high on your list. The cosy, mini-stage is bathed in neon and surrounded by happy punters who will definitely be singing louder than the performer. I couldn’t find any pictures of the toilets, but I seem to remember going through some sort of metal crate to get to them? If anyone thinks they can help, please don’t hesitate to email (they were very “cool”). 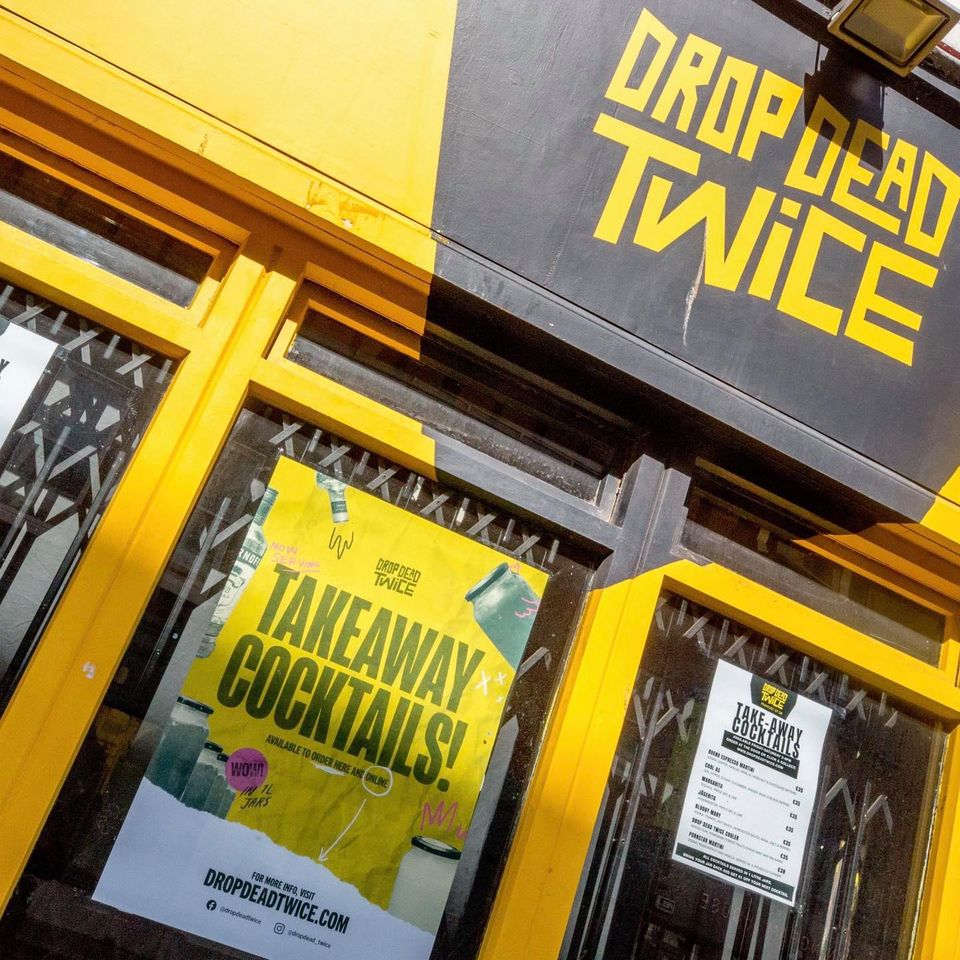 Drop Dead Twice
An impressively unique combination of old school boozer and modern cocktail bar, Drop Dead Twice manages to combine the two with plenty of yellow paint and a fair amount of charm. Oh, and that all-important craic of course. Pre-COVID you’d have found a packed events list above their urinals, but until everything calms down that’s all changed. They are known for their BYO Cocktails service where you bring the booze and the staff make the cocktails for you right there and then. Sort of like ‘Can’t Cook, Won’t Cook’ but with more booze and less Ainsley Harriot. 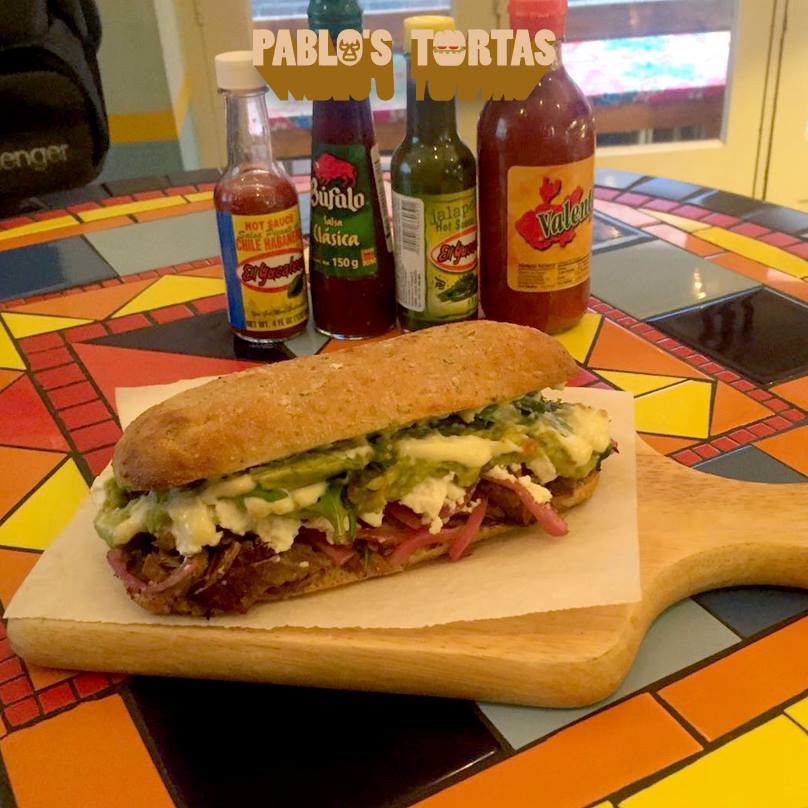 Pablo Picante
Dublin is probably the last place you’d expect to find some decent Mexican food but thanks to the mask-wearing gang at Pablo Picante – you’d be wrong. Very wrong. They specialise in something that’s rather difficult to find outside of Mexico itself and that’s the ‘Tortas’ or simply – a Mexican sandwich. They’re stuffed with a variety of fillings, fried and then served, usually oozing a gorgeous combination of gooey cheese and tangy hot sauce. If you’re going from bar to bar in the centre, Pablo Picante is the perfect food stop-off point. 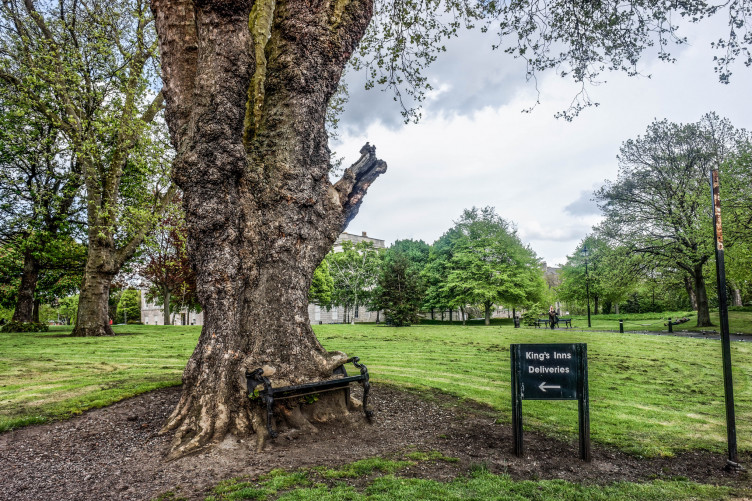 The Hungry Tree
Perfect for your Instagram, this is as simple as it sounds. A park bench that has, over time, been ‘eaten’ by a neighbouring tree. The whole slow-moving scene is happening right now on the grounds of the King’s Inns and apparently this “unremarkable” tree, which is actually rather “mediocre in appearance” was planted back in the 1800s, and has been devouring the bench ever since. The grounds are open every day from 7am until 7.30pm if you want to get a picture. 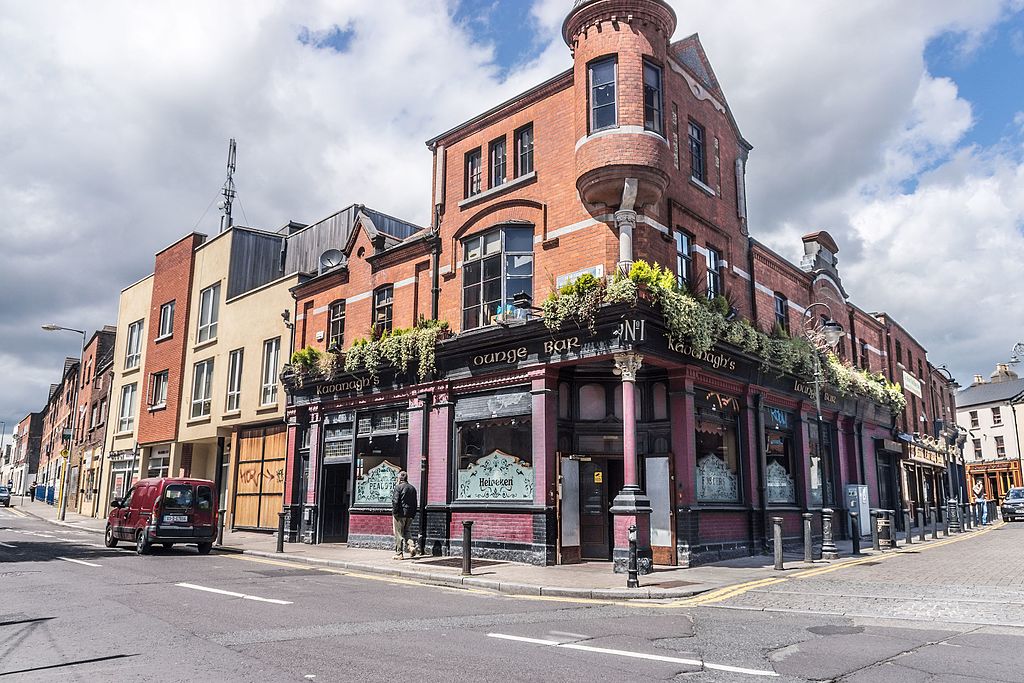 Stoneybatter
Known affectionately as Dublin’s “coolest neighbourhood right now”, Stoneybatter could be considered the Northern Quarter or Ancoats of the city – with a recent wave of beards, craft beers, tight trousers and community squats. A 10-minute walk from the city centre, or just take the LUAS tram line, Stoneybatter is well worth a visit – even if it’s just for an afternoon or into the evening. There’s a ton of top bars, restaurants and even Phoenix Park – western Europe’s largest city park and home to Dublin Zoo and a ton of roaming deer. 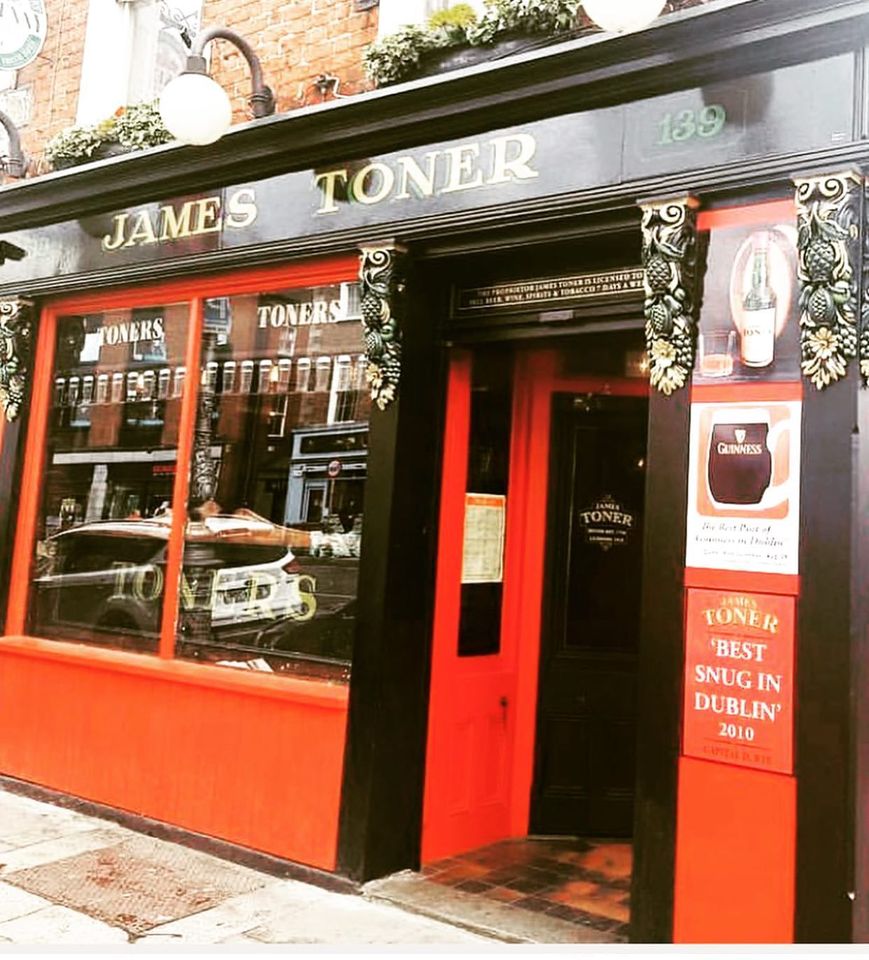 Toners Pub
One of the city’s oldest pubs and certainly one of its most famous, Toners might not be much of a hidden gem but it’s certainly somewhere you should go for a pint when visiting the city. Even if you don’t have a Guinness, you’ll be guaranteed some proper craic and a true Dublin boozer experience. One of the best things about this place is the beer garden – which is pretty big and always full of characters. 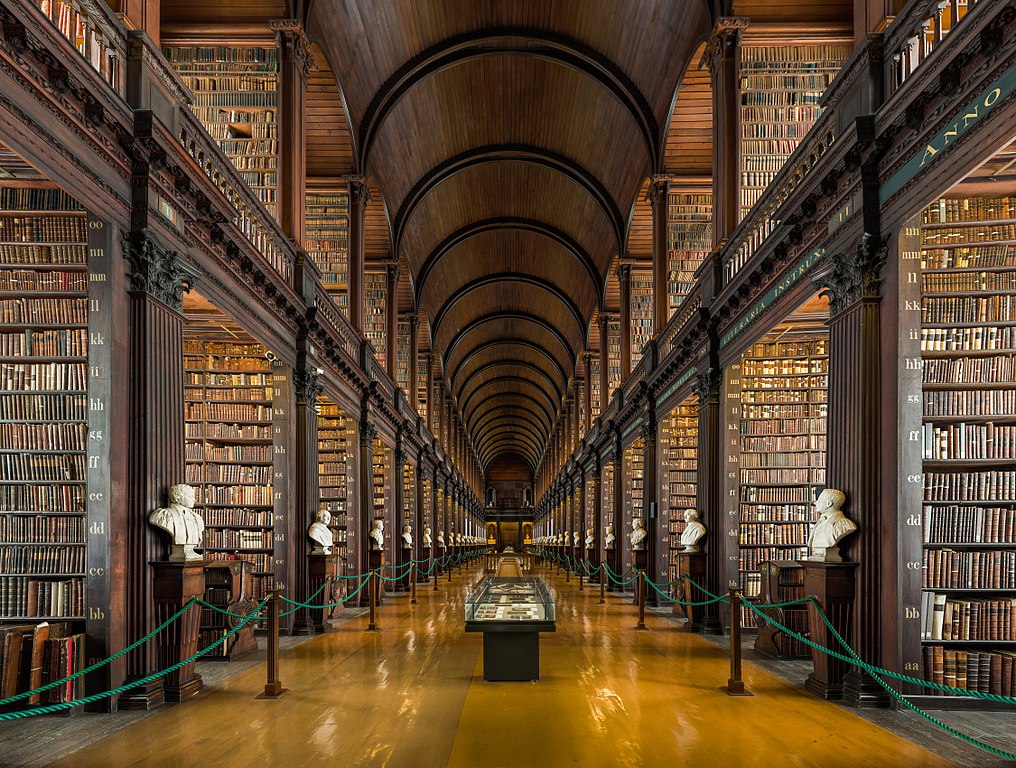 Trinity College Library
Another visual stunner; the Trinity College Library is so breathtaking, I literally gasped a little when I saw it in the flesh. Firstly, it’s bloody massive. I’d love to hire it just for a day, so I can run around in a puffy blue dress and fulfil my Disney Princess fantasies. It’s this ginormous, barrel-roofed, symmetrical hall, with arches running down the whole length. If you ran through looking at them, you’d probably get very dizzy (I’d love to do that as well). Plus, it’s got that old harp that’s basically the official symbol of Ireland. It’s pretty important, but you’ll most likely be distracted by the dramatic settings. 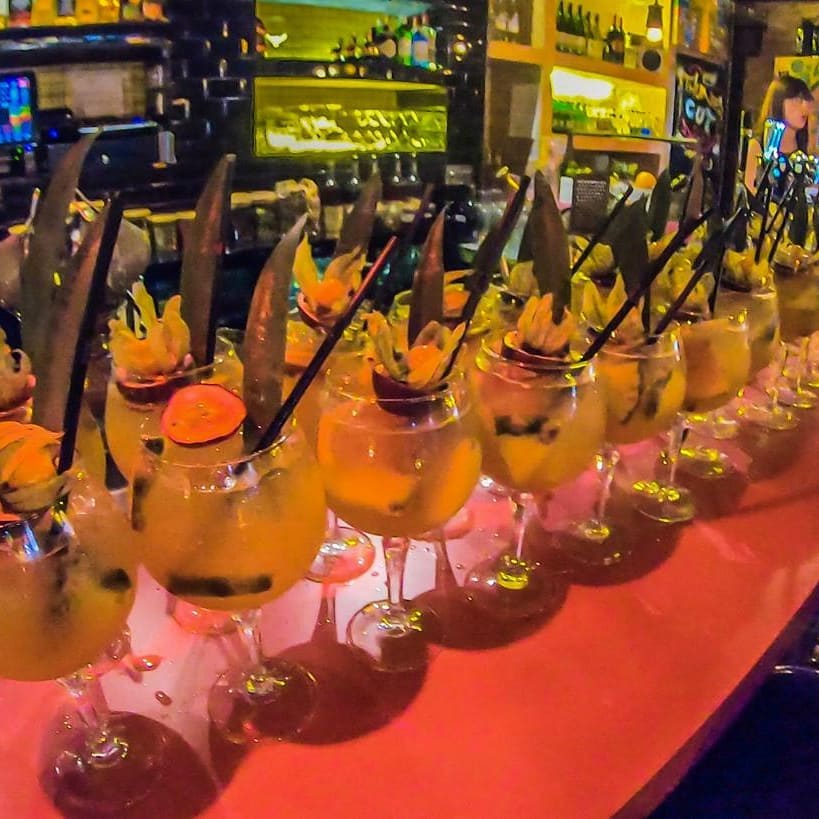 Thundercut Alley
A little hidden bar that serves up cocktails, tacos, woodfired stonebreads and a fantastic Bottomless Brunch on the weekends. Thundercut Alley is the kind of place you’d expect to find in an 80’s movie featuring a young Anthony Michael Hall and a pre-fame Tom Hanks, it’s all bright colours, loud tunes and cocktails that feature more sugar than a quarter of Jelly Babies – and it’s all the better for it.

The Best Walks To Enjoy Around Manchester