Walks Near Manchester: "Away with the Fairies"

A 10 mile scenic walk from Rochdale to Littleborough... 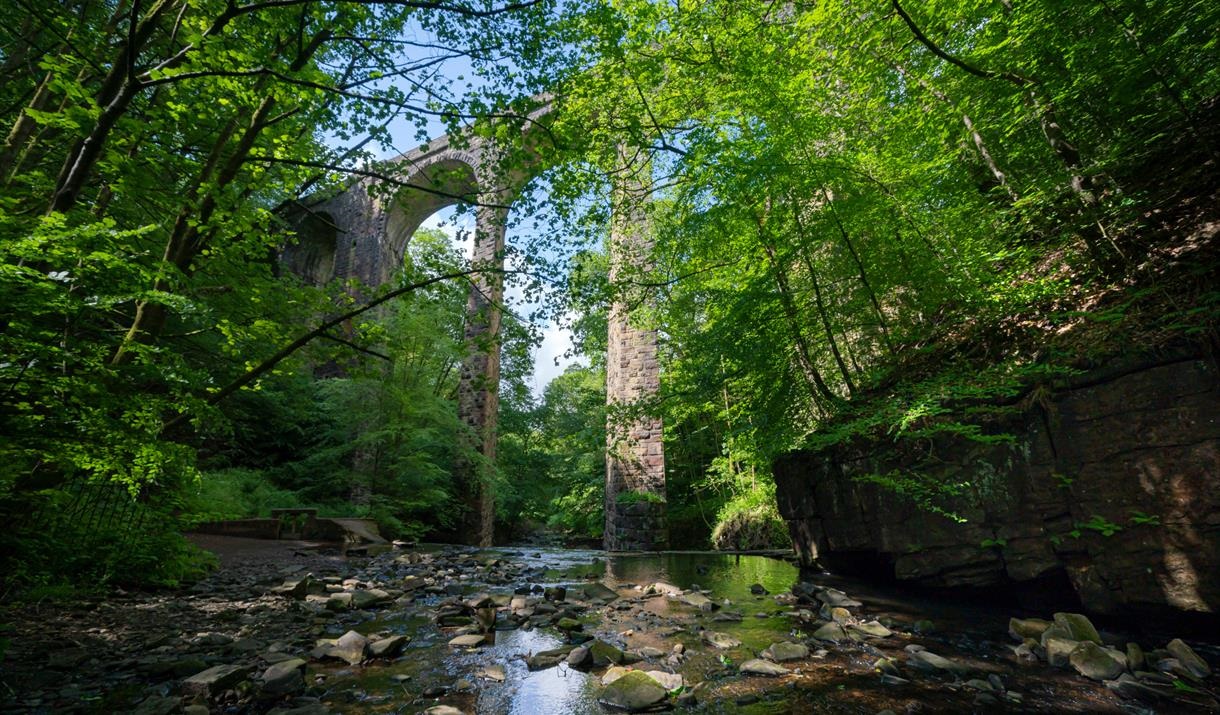 This leisurely ten mile walk is suitable for most walkers, and takes in some stunning sites and areas of interest, most noticeably including a stop off at the Fairies Chapel in at Healey Dell.

You can start the walk at the Rochdale Town Centre Metrolink stop, where from there you need to find the footpath that will take you along the River Spodden towards Healey Dell Nature Reserve.

From the centre of the town, after you’ve had a Full English and a pint at The Regal Moon, you need to be heading to north west up Spotland Road, go over the two roundabouts onto Rooley Moor Road.

Head on up here for about 5 minutes, just past the Royd Arms pub and you’ll find a public footpath that leads down to the river. Now we’re getting somewhere. 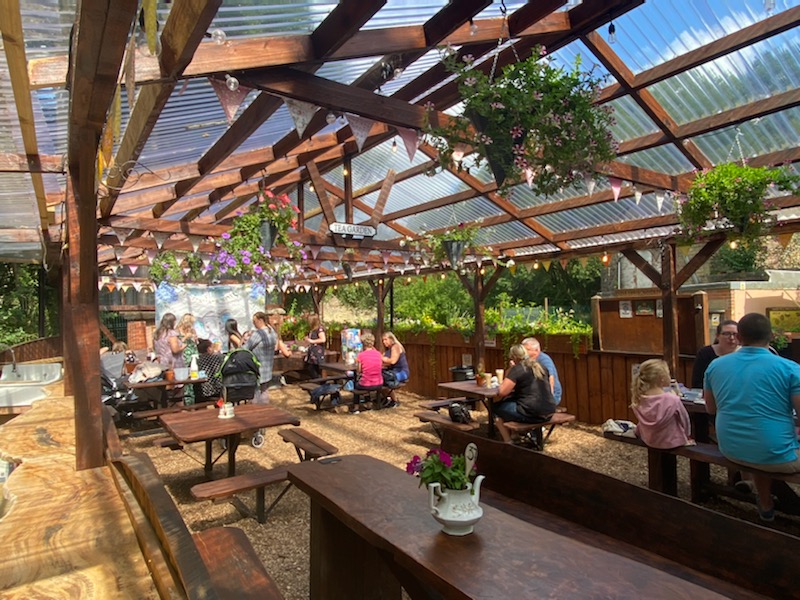 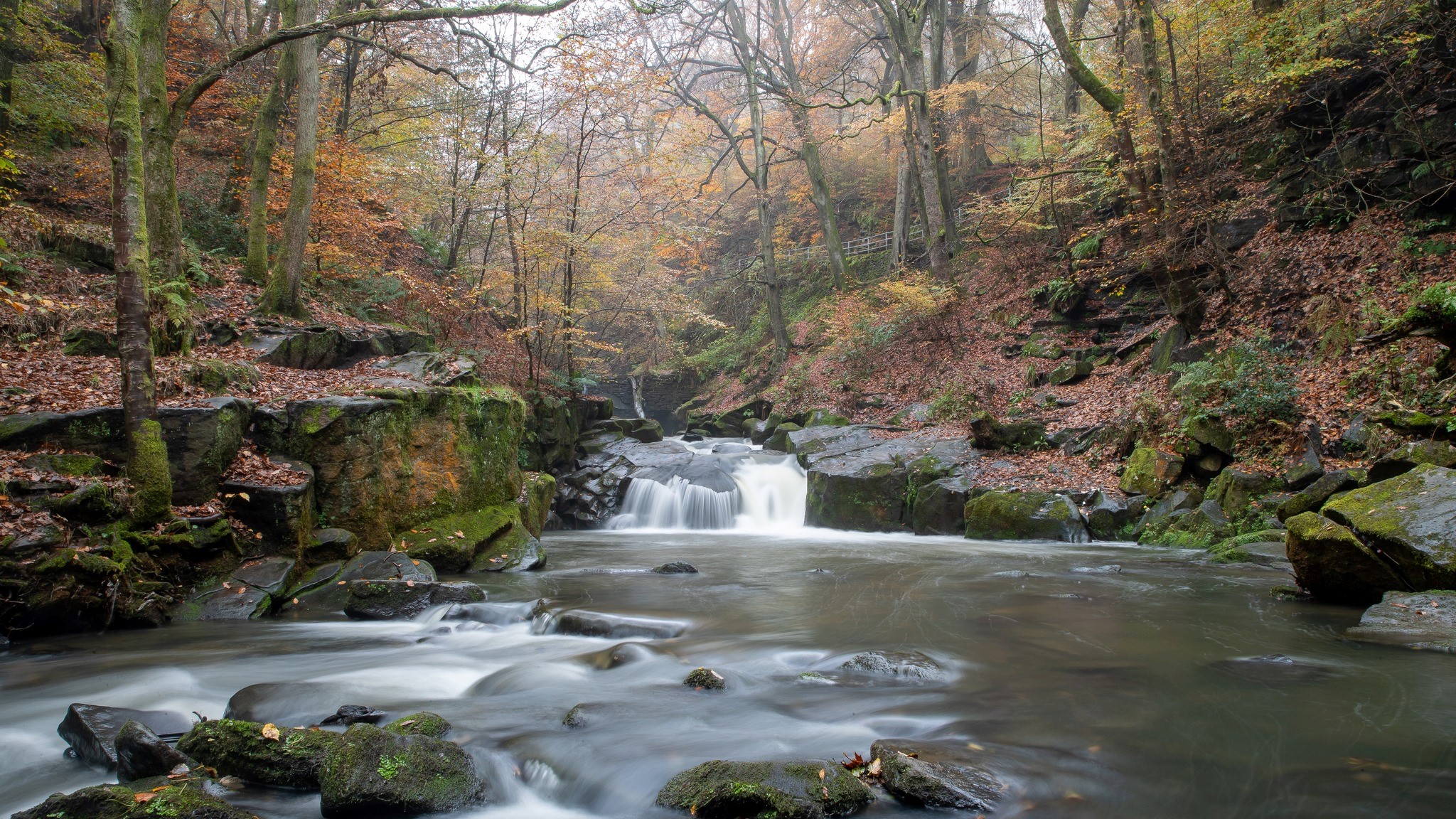 Down the path and you’ll intersect with Dell Road, which will take you alongside the river some more until you’re in Healey Dell Nature Reserve – a stunning spot and wildlife sanctuary with a rich industrial history.

The River Spodden has carved its way through the woodlands for thousands of years, creating delightful scenery and spectacular waterfalls which one powered ancient corn, wool and cotton mills.

Further up the river you’ll also come across a disused 1800s railway line, now a nature trail with magnificent views from a 100-foot high viaduct. 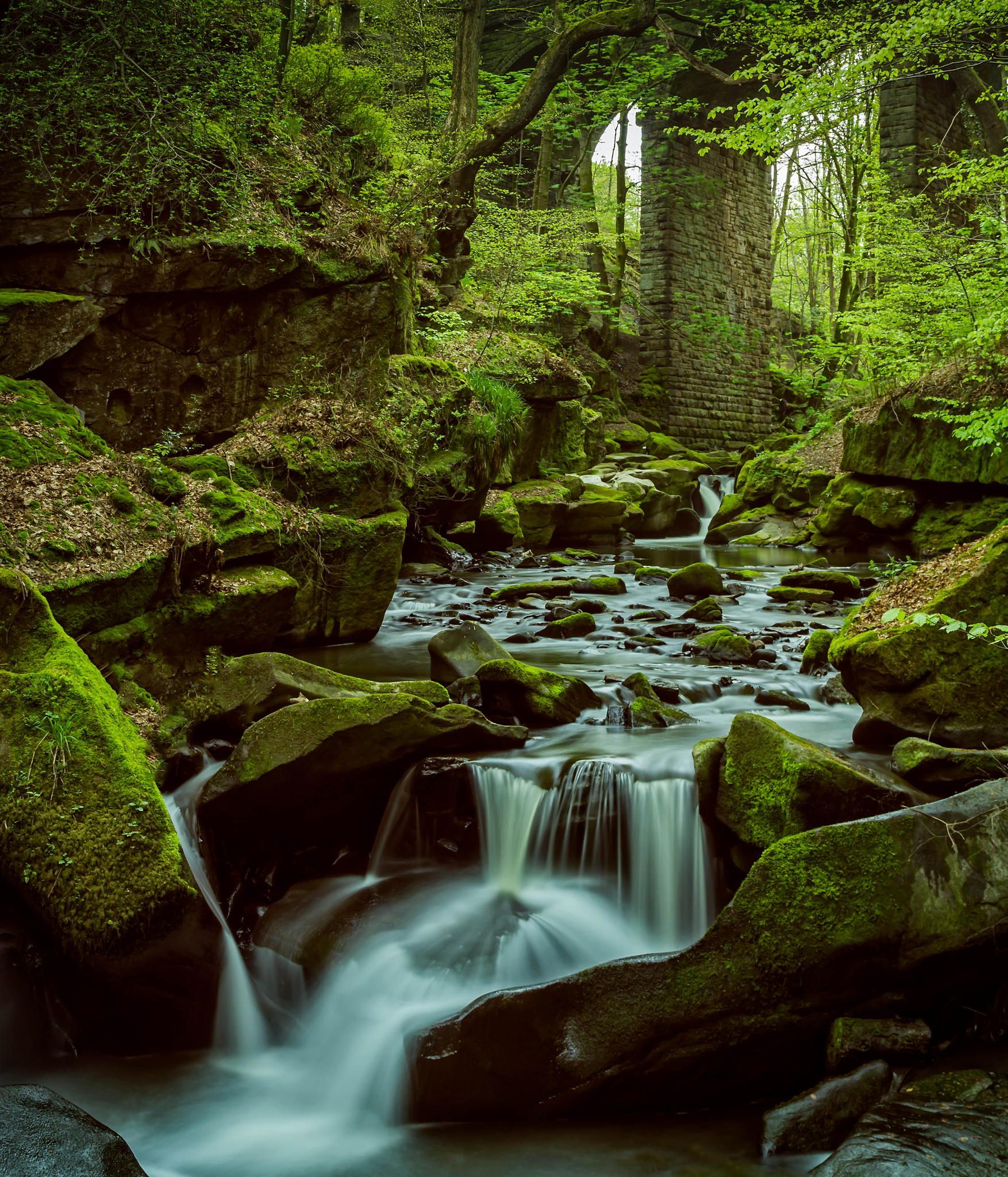 Just past the Viaduct you’ll find ‘Fairies Chapel‘, which, until the great flood of 1839 was hidden behind a ledge of rocks, at the base of which lay a natural excavation formed by the water. In this space was a pulpit, a reading desk and seats.

In local folklore, the Chapel itself was formed when the King of the Fairies turned a coven of witches to stone. Apparently the King was helping Robert of Huntingdon to overcome a curse, and in creating the Chapel, Robert was forced to sacrifice his uncle’s ring – his only proof of his claim to the title of Huntingdon and thus – he took his first step towards becoming the outlaw Robin Hood. 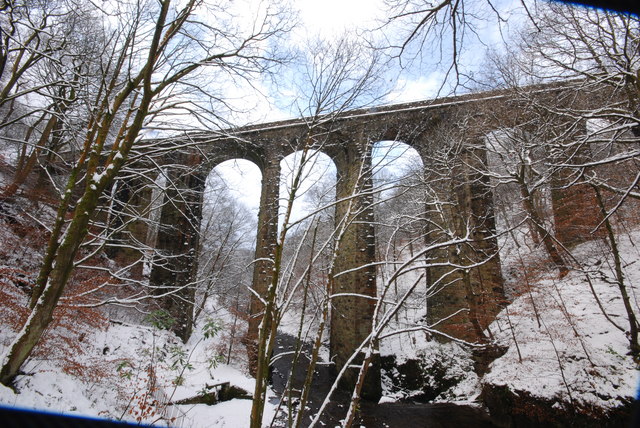 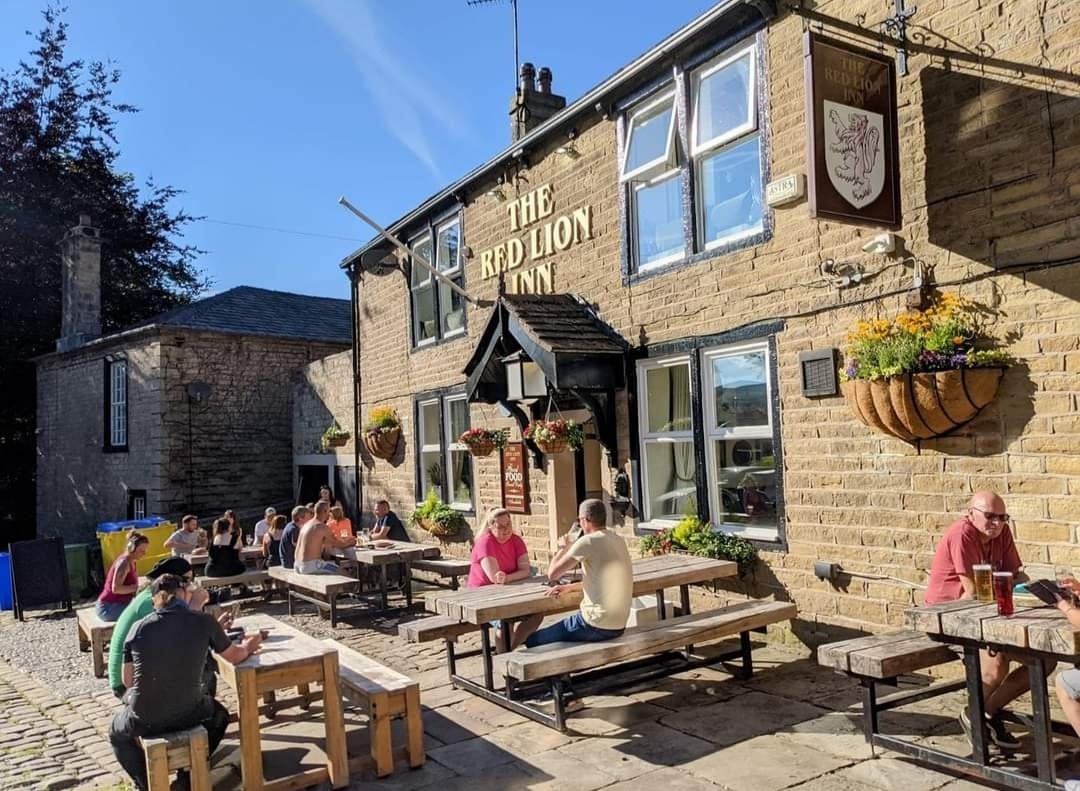 From here continue north east and you’ll reach the main road (Market Street) which you can take towards Union Street, over the roundabout and onto Whitworth Rake. Here you’ll find the exceptional Red Lion Inn – perfect for a pint and a bit of a rest.

From the Red Lion, you can head up towards Watergrove Reservoir, a body of water that was created in the 30s, and submerged the old village of Watergrove beneath its depths. Dotted around the landscape above the reservoir are several ruins originally belonging to the village. 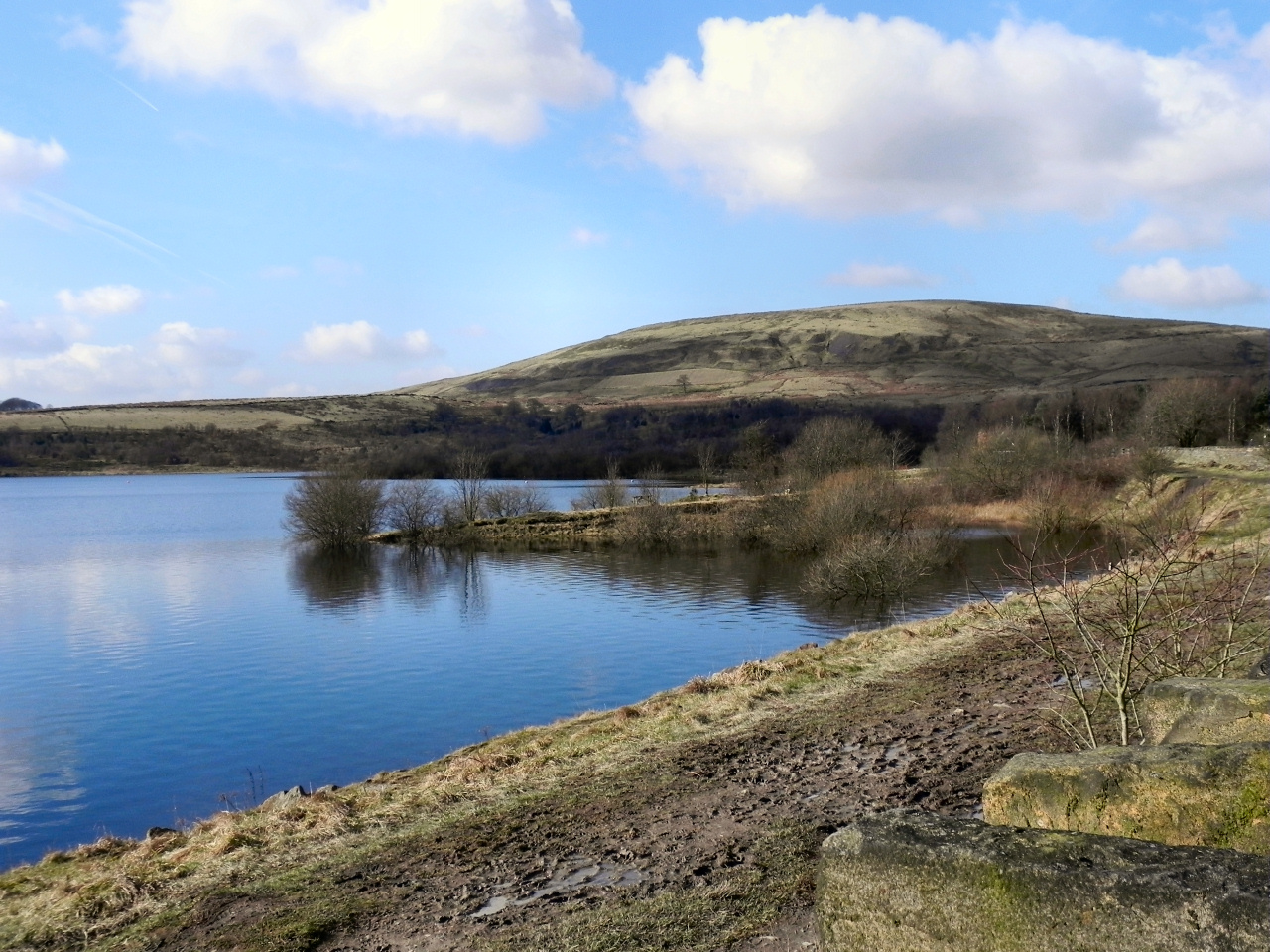 The gentle descent from the reservoir to Littleborough is lovely – taking in the villages of Wardle and Shore. The route ends at Littleborough Train Station where you can take the train back into the city centre and beyond.

MAD Walkers will be hosting this walk (plus others) this weekend (Saturday 12th February) – lead by Steven O’Hare. If you want to get involved – click the link below.