A stroll to Gaddings Dam via The Great Wall of Todmorden... 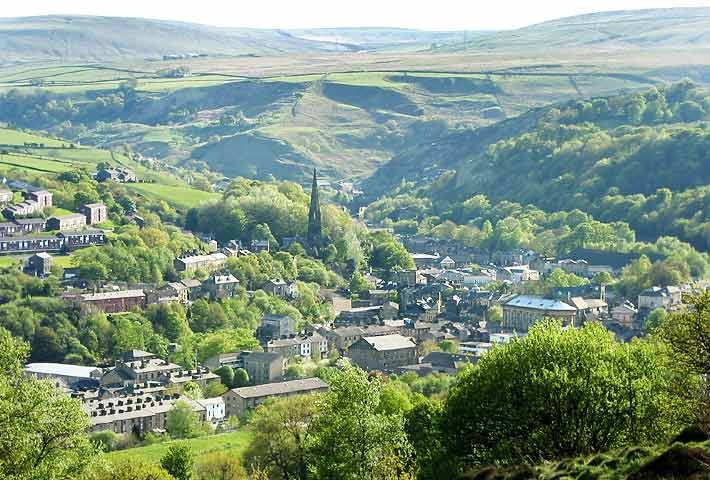 Ian Brown supposedly once said that Manchester has everything, except a beach – and although Todmorden isn’t Manchester (it’s Yorkshire innit) this beach is close enough to warrant a firm retort to Ian’s famous quote.

The beach is located right on the top of a hill, at Gaddings Dam – an earth embankment built in 1833 to supply water to the mills of Lumbutts, a tiny village to the south east of Todmorden. It makes for a great stop off point on a nice scenic walk in the area – but make sure you bring your trunks or cossie too – it’s lovely to swim in on a hot day. 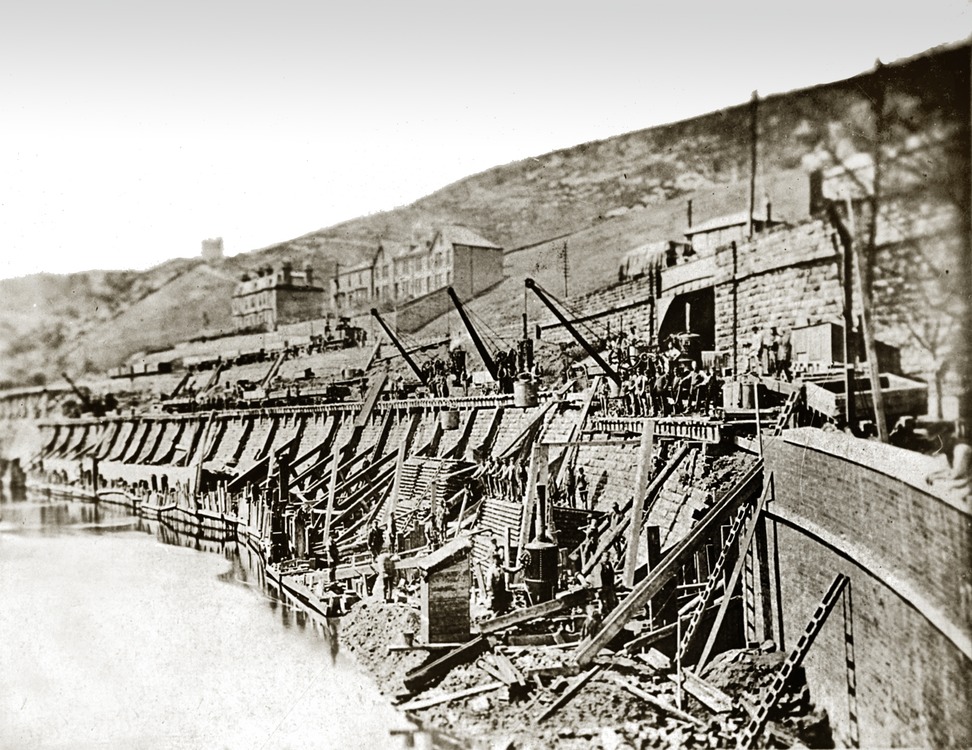 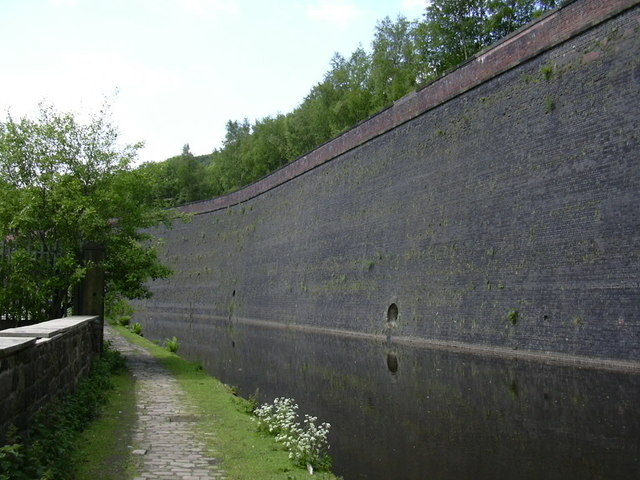 The best place to start your walk is Todmorden Train Station, where you can get onto the canal and check out the ‘Great Wall of Todmorden‘ and its 4 million bricks.

Built as a supporting wall to avoid subsidence of the hill, but also to support an enlarged station goods yard, the wall was completed in 1881 and runs alongside the wooded footpath down the side of the canal.

From the canal side you then take a turning onto Woodhouse Road up towards New Mill Dam and Lumbutts Clough, past the Top Brink Inn pub (maybe stop for a pint?) and up the steep hill to Stoodley Pike – for some stunning panoramic views of the surrounding areas. 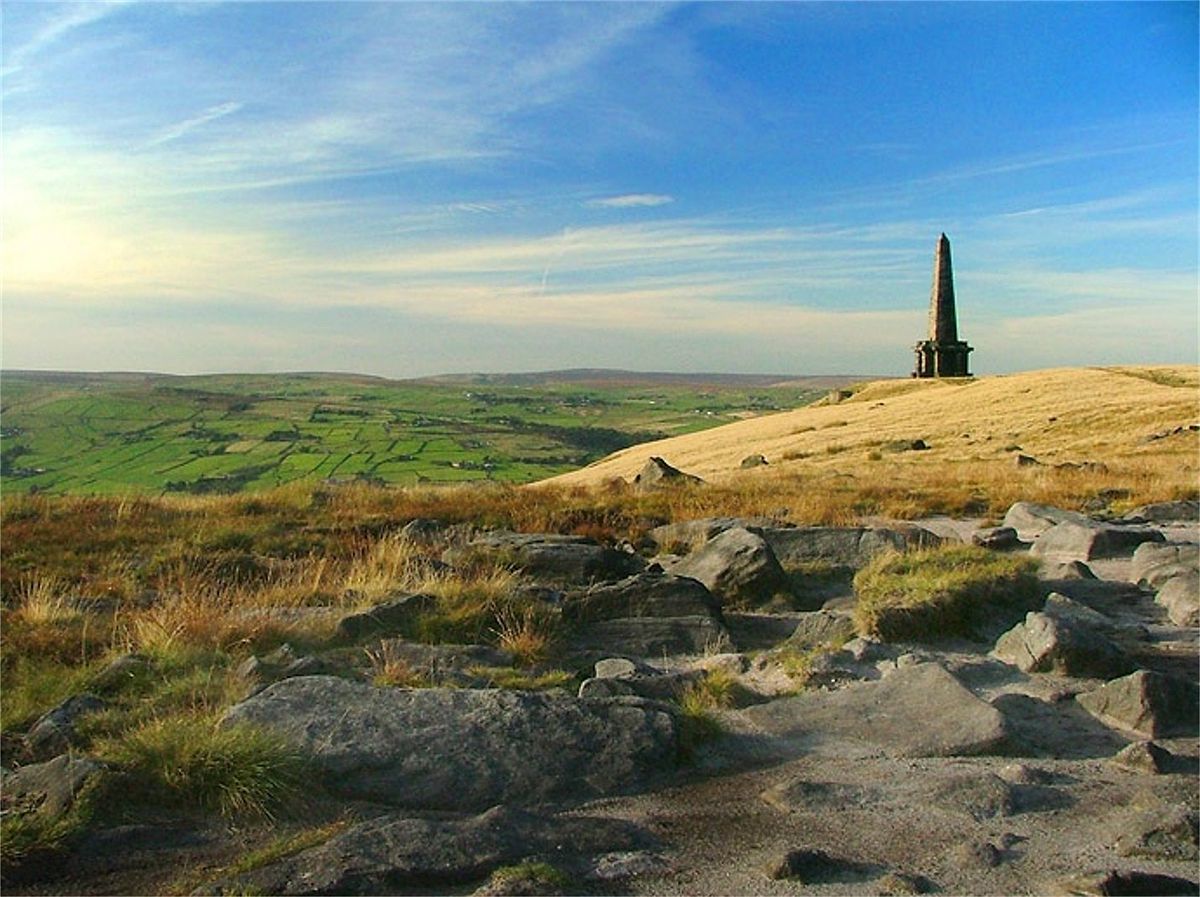 A huge Grade-II listed monument stands at the summit of the Pike, one that can be seen for miles around. It was built to commemorate the end of the Crimean War in 1856, but also to replace a previous monument to the defeat of Napoleon which collapsed after being struck by lightning.

From the Pike you’ll probably be able to see Gaddings Dam across the way, and thus can embark on a leisurely stroll along the top of the hills towards it. There’s a clearly signed footpath all the way and there’ll be plenty of people to say “morning” to as you walk past. 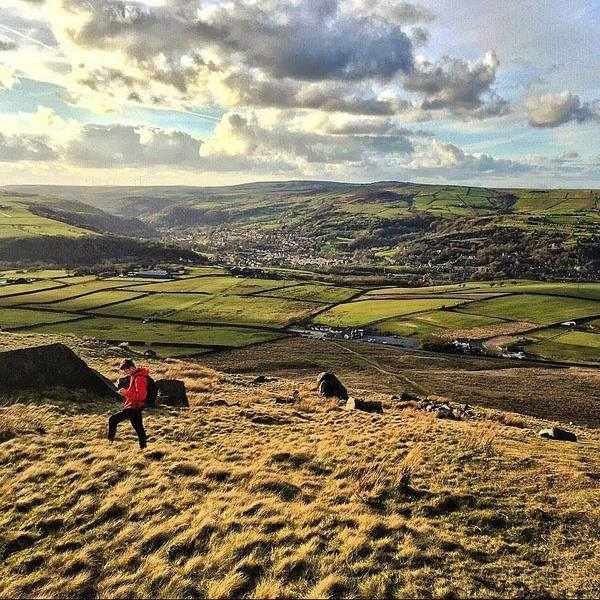 When you reach Gaddings Dam it’s likely there’ll already be a few people sunbathing and swimming, so get on down there and get in the lovely water. There’s also plenty of paths leading away and around the dam – providing even more stunning views of the surrounding countryside.

The dam itself was actually due to be drained back in 2001 due to its poor condition, but it was saved by a determined group of locals who bought the dam, repaired it and continue to maintain the standards necessary to keep it regulation. 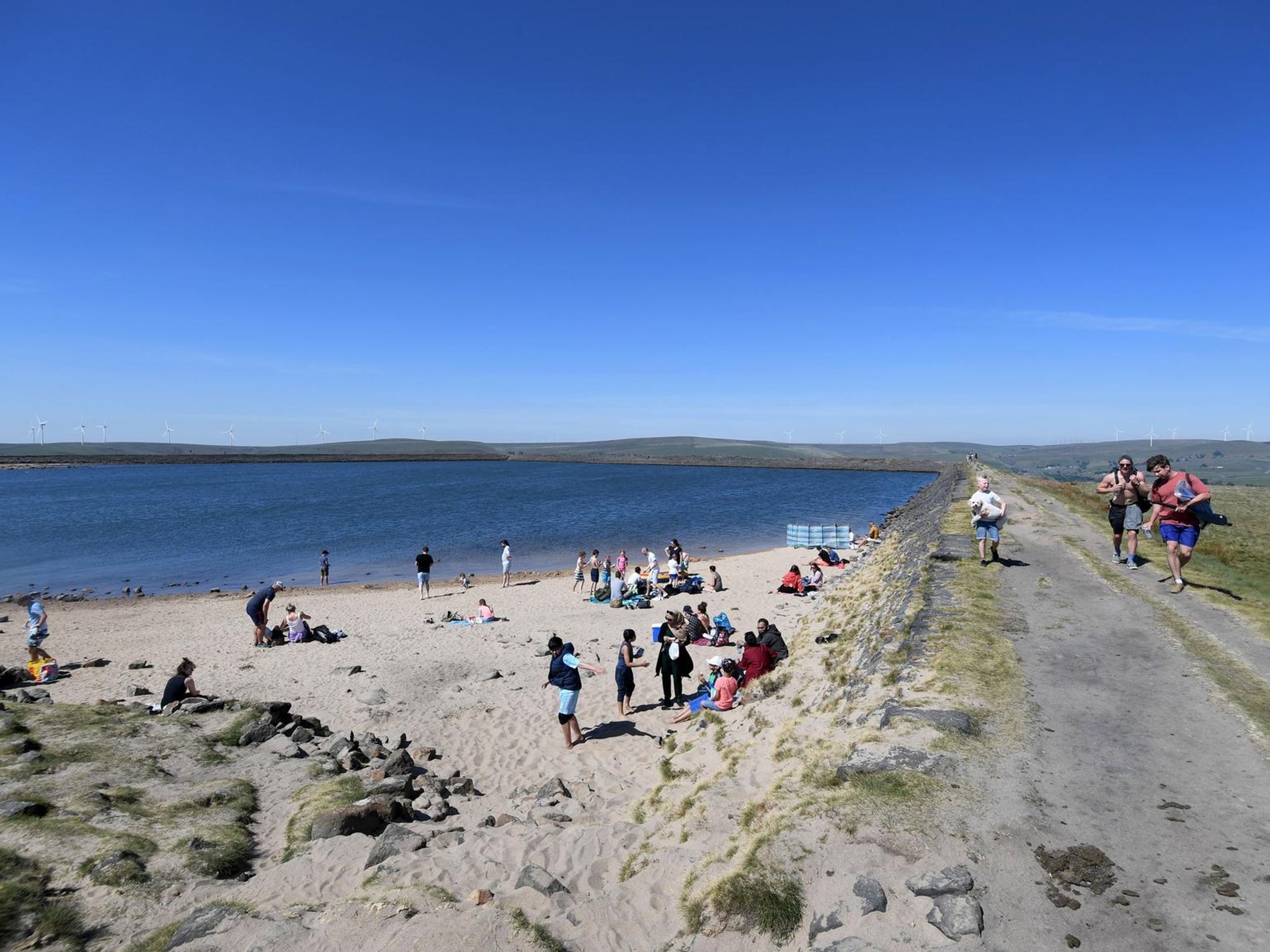 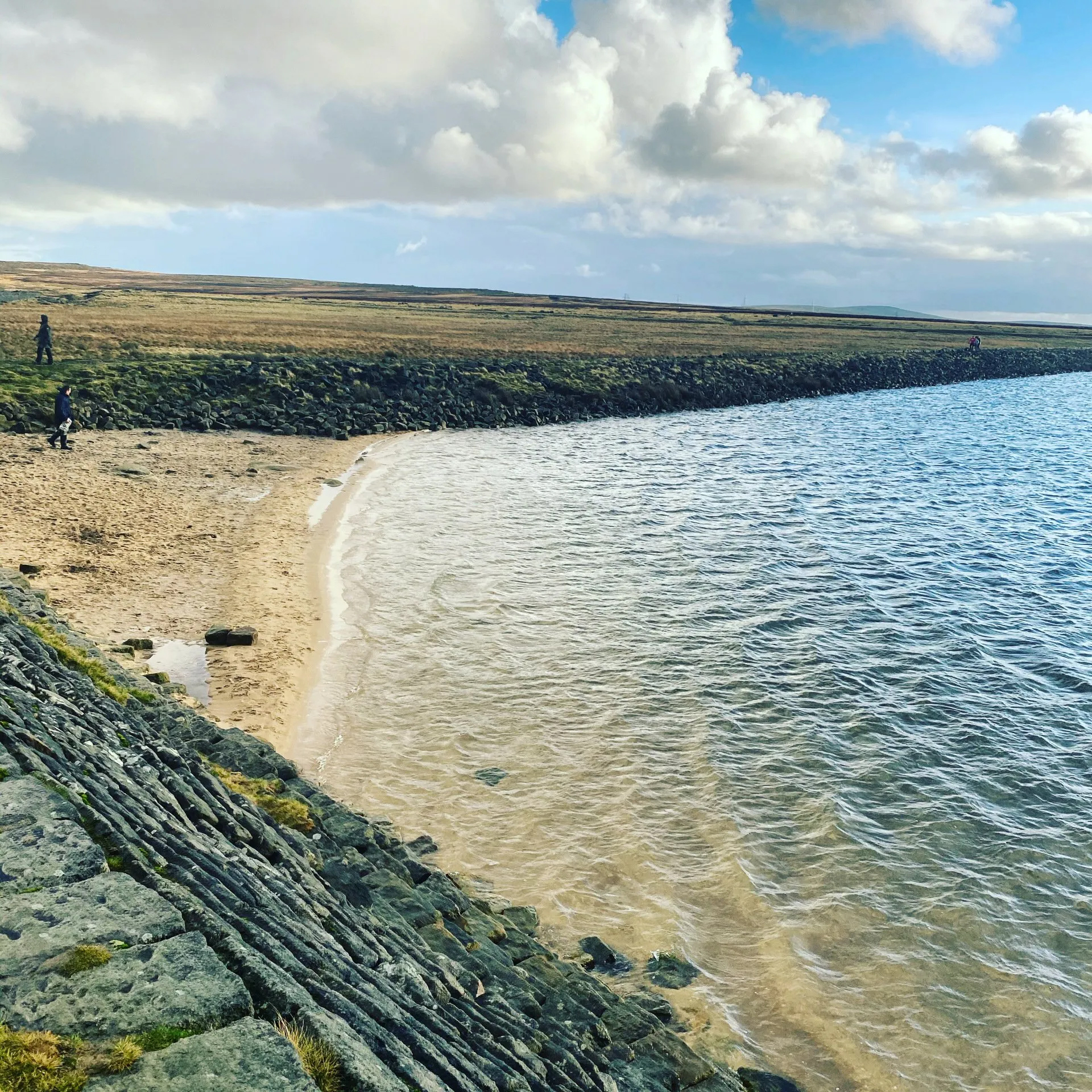 It’s at this point, while you’re floating around looking up to the sky, that I should mention that Todmorden is actually the UFO capital of the UK, with more than 900 sightings since 2008. The village rose to prominence particularly in the 80s when two separate events made the news all over the world. But that’s a story for another day.

Once you’ve finished in the water and on the beach, the best thing to do is to head down the path back towards Lumbutts Road and the excellent Shepherds Rest Inn for some well-deserved bevvies and a bit of grub. From here its just a short walk down Rough Side Lane back to Todmorden. 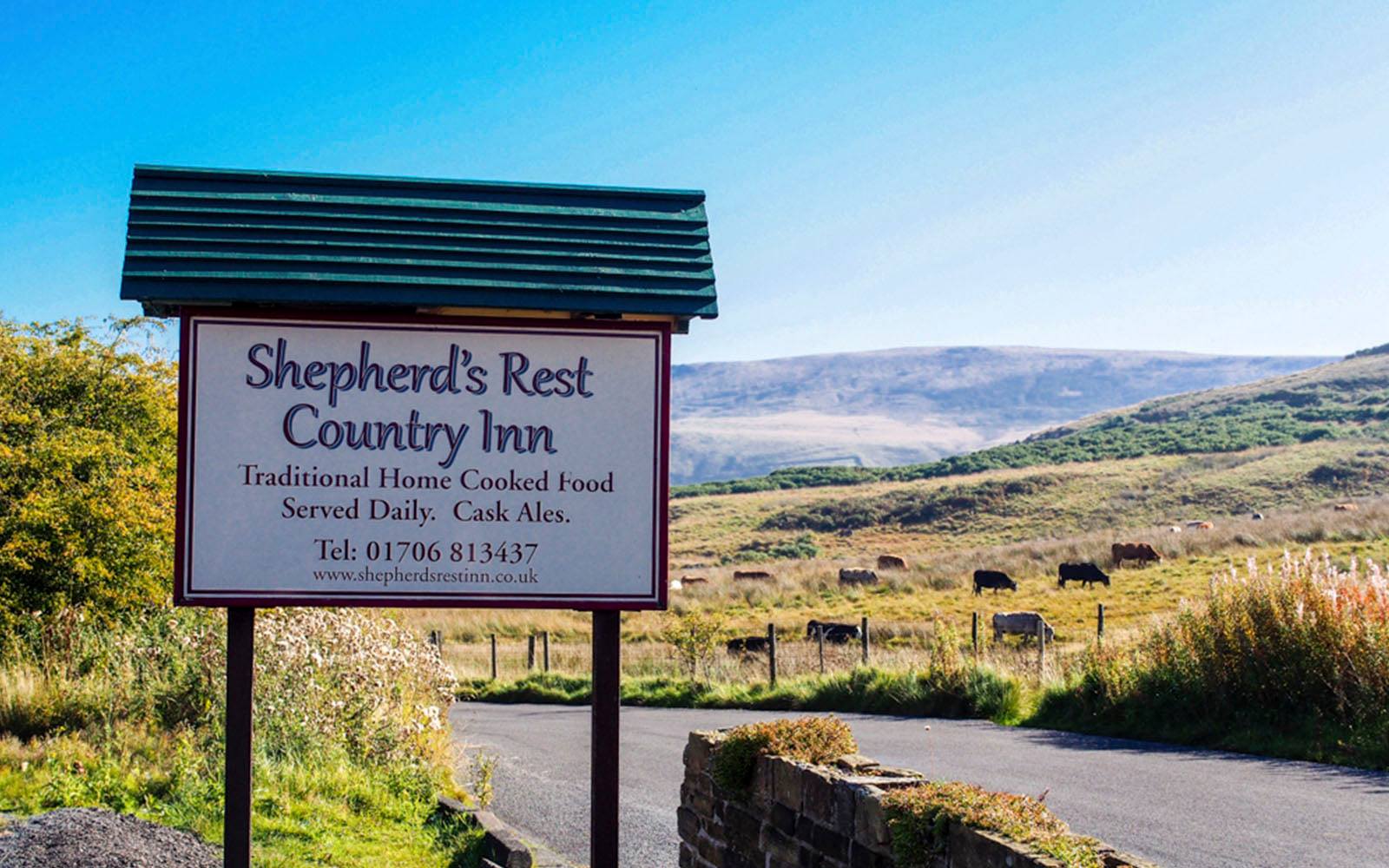 If you’re interested in taking part in this walk alongside other like-minded people, then MAD Walkers‘ Katie Roberts will be hosting this particular route on Saturday 30th April. More details on this can be found here.