10 Manchester-Based Female Artists You Should Check Out Right Now

R’Monah
I first heard R’Monah’s sweet, soulful vocals on BBC Introducing North West. Her music is reminiscent of early TLC and Georgia Anne Muldrow, as she unlocks and expresses her inner thoughts through lo-fi bedroom beats and striking vocals that you could happily soundtrack your whole day with.

Piri & Tommy
Piri, aka Sophie McBurnie & Tommy Villers found love on Instagram and, subsequently, their avid fan base on TikTok. During lockdown, the couple formed a cosy social bubble, where they began experimenting with drum & bass sounds, as well as dance and electronic with a refreshing sprinkle of their envious Gen Z youth. The result is a colourful, new-age take on a DIY dane-pop scene that I desperately want to hear more of.

LayFullstop
Birmingham born, Manchester bred, and soul personified. Female vocalist, LayFullstop wears her heart on her sleeve, bringing soul to the world through her new wave jazz and hip hop. Her faith is the driving force behind her sound, with her music holding deep sentiments of spirituality, hope and hardships and as an emerging leader, she uses her platform to share truth and aspiration which is needed now more than ever.

Loose Articles
Manchester punk quartet, Loose Articles have certainly made their mark on the Manchester music scene. The chaoticness of the four Stella Artois loving lasses has transferred beautifully into their melodic post punk music that’ll have you shaking your fist violently at the patriarchy. They’re also supporting Foo Fighters this June at Old Trafford, so mom, I think they’ve made it.

Akemi Fox
Manchester’s “lo-fi soul queen”, Akemi Fox is one of the north’s most soothing alternative R&B artists. Standing out for all the right reasons, her distinctive voice, seductive, lyrical ability and mighty 90s/00s nostalgic sound have cemented her a position in the UK music scene as a fearless and gifted songstress. After landing her a spot on Tidal’s Rising: R&B playlist – a place for emerging artists changing the face of R&B, she’s gained a regional following of fans who vibe with her unorthodox R&B vibe and youthful aesthetic.

Solis
Ireland-born now Manchester-based artist, Solis aka Sarah-Louise captivates audiences with her haunting vocals and alluring melodies that give nod to artists such as Kate Bush and Jeff Buckley. Sarah’s finger is firmly on the folk-pop pulse and if you get the chance to see her live, her tear-jerking performance will leave you in awe of her profound, elegant charm.

Mali Hayes
Mali Hayes comes from a bonefide musical family and has been dabbling in the Manchester music since she was an early teen. With a producer mother, a singer father classical trained grandparents, no wonder her own love of creating has emerged. Think modern-day Erykah Badu, her music is soft but powerful, influenced by soul, R&B and hip hop.

ZULA
ZULA was formed in the small, wide-eyed hours of the morning after pals Xenya Genovese (Freak Slug) and Conor Miller (glue70), combined electronic glitched synth sounds with space and breaks, seeing every element of the music considered, crafted and curated. Their music brings in elements of the dancefloor and the morning-after sunrise snuggles in the arms of your best pals, the perfect pre or post party jams.

Sarah Angel
The incredible Sarah Angel is a multidisciplinary artist who was born in London, but raised in the grit of Bolton. Her experimental soul sound draws inspiration from nostalgic funk and hip hop, and her work has featured on platforms such as Fenty Beauty, Kyra TV, Prequel and The Shade Room. As well as her music, Sarah has also been the face of many Manchester-based beauty campaigns including making her flair for not only songwriting and modelling but creating visual art very clear.

Robyn Florence
Born in Manchester and raised in The Netherlands, singer, songwriter and producer Robyn Florence has an innate ability to create intimate moments. Her voice is as equally calming as it is seductive with a foundation of soulful influences including Nina Simone, Sade and Lianne La Havas. Her music tells stories of adolescence, love, grief and freedom and her latest release, Dream of Mine is inspired by a vivid dream she had during lockdown. 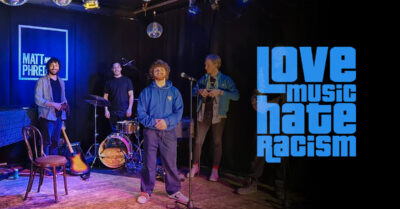 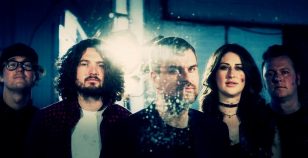