This is the second single released from Ceeow’s upcoming debut album. The sonic beauty of this has led to any listeners being snapped into submission of the succulent melodies and tender hooks OJ offers for refreshment. It is as whimsical as it is banging. Comical wordplays sit alongside hard hitting punchlines and deliveries. To ignore something like this from an underground and inspirational artist such as Ceeow, who comes from diversity and portrays the mental triumphs of systemic injustice, is to deny it’s sonic delivery of classic hip hop elements with a soul injection.

“Rewind to his debut solo release: Sofar; with clear intentions for progression in the title, this was Ceeow’s flag in the ground, officially staking his claim as a multi-tooled solo artist to be noticed. A year and a half later with a live band for company, he has truly refined his sound in this revamped setting. With no dilution of his whimsical personality and swagger, Ceeow’s development has bred a more accomplished feel to his outputs, executed naturally on the album as though he anticipated it all along. This echoes intangibly within each track, but also manifests through dreamy guitar riffs and delicate piano keys that intertwine perfectly with Ceeow’s vocals, epitomising his undoubted evolution from surrounding himself with live musicians.” – Dale Burgess 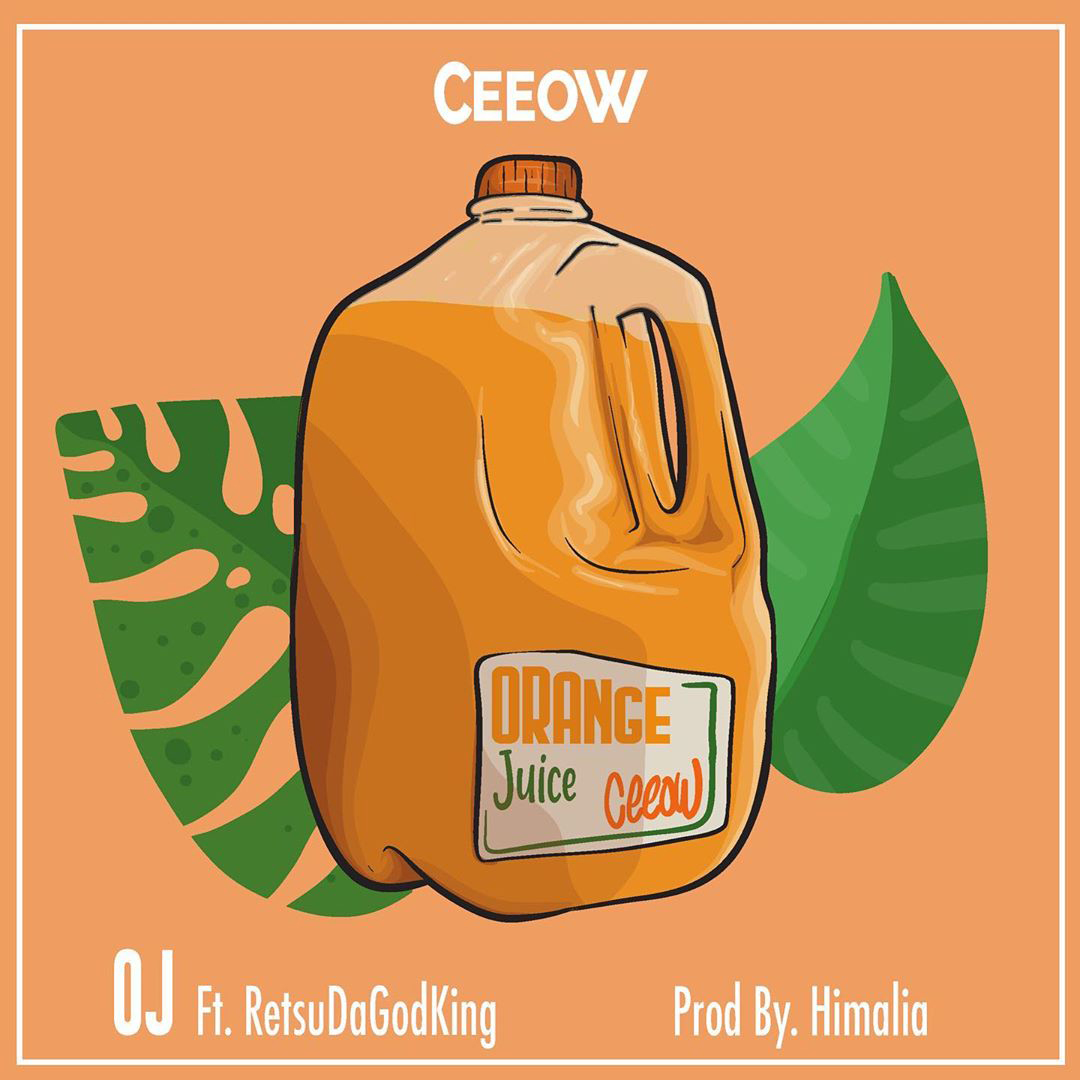 “OJ was made in connection and collaboration with honey liquor. It started out as a drum rhythm and in the session we were trying to find samples to spin. The OJ and honey liquor flip happened cuz there were two different sounding ways the track could go, I love songs that have been cut into other tracks like Frank Ocean’s “nights” or any Dom Kennedy album, so that’s how OJ and honey liquor came to be. It was supposed to be the same song as the narrative of the song I wrote; in a way that was the first half of the song light and airy with a feel of excitement and apprehension, at the thought of a love bird flying up to Manchester to come spend some time with the protagonist and the flip side of honey liquor the desperation and need to be with protagonist in Manchester as the love grows more intense… two sides of the same lovely coin.” – Ceeow

Listen to OJ on Spotify