Stockport favourites Fuzzy Sun have announced a 5-date tour for May 2020.

Fuzzy Sun released their first tunes of the year Pretty People / Gentleman’s Touch via Very Clever Records on Thursday 6th February. Keeping up with the disco groove vibes of their previous single I Ain’t Right, new track Pretty People will take away any feelings of winter blues.

In a fictitious account of the songs’ conceptions, the band say this: “It’s 1999. Stanley Kubrick’s ‘Eyes Wide Shut’ is about to premiere. But, in a last-minute ploy to make the picture more accessible to casual viewers, the studio has insisted on a new radio-friendly theme song. The result is the funk-
infused, ‘Pretty People’ a piece on affairs, desire and paranoia.”

“Gentleman’s Touch is a little like Brief Encounter – all about a doomed romance. It doesn’t matter how much you’re enamoured by someone; everybody has a history and a life before you that you have to eventually reconcile with your relationship. It’s no one’s fault but some things are too difficult to overcome. It’s sad coming to terms with it but this song covers that period of uncertainty before accepting the impossibility of the situation.”

Pretty People / Gentleman’s Touch was produced and recorded by the band themselves at their rehearsal room in Hallam Mill, Stockport and was mixed by their newest member George Fitzgibbon.

The ’20s have started well for Fuzzy Sun after being announced as main support for Inhaler on their European tour.

Borrowing their mantra from Snarky Puppy, Fuzzy Sun “make music for both brain and booty.”

This week’s gigs to check out in Manchester: 28th Oct – 4th… 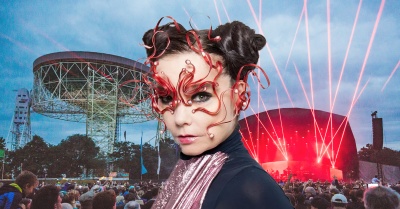