Gods of Rap Returns With a HUGE Line-up

Gods of Rap gon' give it to ya.

Headliner Nas heads up a stacked bill that includes full sets from DMX, The Lox and Gang Starr who are all set to perform a huge, once in a lifetime show at Manchester Arena on Thursday 23rd April. All shows will be hosted and presented by the legendary Just Blaze.

A hip-hop icon since the early 1990s, Nas emerged from the Queensbridge neighbourhood of Long Island City to become one of the greatest MC’s of all time.

Nas has since gone on to sell over 20 million albums worldwide over the span of his legendary career and received 13 Grammy awards in the process.

A well-known veteran in the world of rap DMX began his career in the ‘90s with his debut studio album, It’s Dark and Hell Is Hot, released in 1998. DMX makes a much-anticipated return to the UK after a 15 year + absence.

The Lox are headed up by Jadakiss, Sheek Louch and Styles P. The New York-based rap trio have written and rapped on hits by the likes of Puff Daddy, the Notorious B.I.G., Mary J. Blige, and Mariah Carey.

Undoubtedly one of the most revered, beloved and influential groups in hip hop, Gang Starr will be performing a very special Legacy set with a live band and a visual experience, which pays tribute to original founding member Guru. Having just released their first album in sixteen years, One of the Best Yet, the record was produced entirely by DJ Premier with vocals from the one and only Guru.

In 2019 Gods of Rap saw some of the biggest and most influential rap groups in the world come together, and this year Gods of Rap II is set to build on this legacy by once again uniting a host of legends, each performing iconic sets across three monumental UK live dates, including the Manchester Arena on 23rd April. Tickets go on general sale Friday 31st January at 10am. 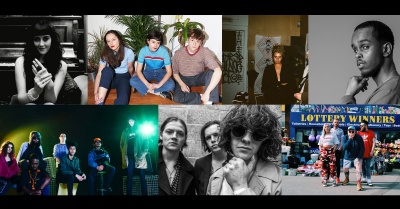