We wanted to have a chat with them prior to their sold out Manchester gig at The Deaf Institute in April. English rock band from Reading have come a long way in the last year, and they are feeling positive with the biggest year ahead. The Reading quartet are currently in London shooting a new video, we catch up with Frontman Matt Thomson, he talks about their forthcoming debut album and how they have their feet very much on the ground during this exciting journey.

So first things first what you having on your pancakes this evening?
Yea we just realised that its pancake day that’s pretty cool. I can’t go wrong with Nutella. Now that we’re getting older were a bit more health conscious, like everyone else in the f#cking world so maybe, maybe some banana and a little bit of kale yea so something like that. Maybe a bit of peanut butter as well yea fuck it Nutella blueberries and banana that’s definitely a winning combo.

So you’re pretty much on everyone’s ones to watch out for this year, how’s that for an up and coming band? Does that add any pressure?
I know for a fact two years ago we weren’t quite sure who we were or where we wanted to go. I think for the last two years we’ve been cutting our teeth under the radar and carving out our own path and our own identity. Now we’ve got to the point where we know where we want to go whatever anyone says we know who we are whatever anyone says it’s irrelevant.

We know who we are and we can just use it as a great platform for our music to be heard, we’ve got a big year for us, this is the biggest year in terms of; this is our debut album year and we can only use this support from institutions like MTV and BBC, we can only look at that positively. So I think if there’s any pressure it’s from ourselves but you know what, we recorded most of the album summer last year so we had that in the can, I mean I don’t know what it would be like if we had all this press and hadn’t done an album yet I think it would be very different but like I said we were really under the radar and we just did the record that we wanted to make and did the songs that we’ve been playing in clubs for years and it just felt right and it felt natural now everything’s kind of, yea its good.

On the flip side of that how do you keep your feet on the ground when you’ve got this massive hype surrounding you. Is it easy to get carried away?
Ahhhhh na na honestly, getting played on radio 1 is f#cking brilliant and stuff, you never get used to it, your brain is hardwired to be blown away every single time it happens, do you know what I mean? It’s easy to keep our feet on the ground because we are still travelling round in a battered old Ford Transit and we all still live in reading and stuff like that. You know it’s a bit of a whirlwind. If you were on the X Factor or something like that and if you changed and it would be weird but it’s been a very gradual build and we’ve just adapted to whatever’s been thrown at us, people like Alex Turner and Miles Kane have lost their minds do you know what I mean.

Why do you think bands like Arctic Monkeys Change?
I’m not saying Alex Turner has become a dick but I think that’s the beauty of it, every album that he does just sounds different I know people like the first couple of albums of the Arctic Monkeys but it would be really boring if they just carried on bringing albums out like the first one. Its developed and grown and I think that’s what’s exciting about having a long career and I think the people that do change and do adapt and do kind of have probably earnt themselves long careers. But yea our feet are on the ground.

How was touring with the Kooks?
Yea the Kooks was 5 days in Germany and that’s when we really first started and that was our first ever tour that we’ve ever done and it was kind of crazy. Honestly yea that was a baptism of fire man, we learnt a lot and that shaped how we wanted the band to be and we were playing these big venues.

How does your own show differ from touring with a band like the kooks?
Well the size is the big difference but we have built our own fans and I think with supports you’ve got to just play your singles and 6 songs short and sweet and try and win them and win the crowd. We’ve had a couple of support tours but yea we’ve mostly done our own shows. Headline shows its more you’ve got like an hour and you’ve got your canvas like you can do your own thing and that’s where the fun comes you can just play around with stuff because you’ve got the time and you’ve got the audience that want to listen to you and I think headline shows win hands down every time.

You kick off the tour in Southampton on Thursday. Are there any venues on the tour you’re really looking forward to doing?
It will be good to come back to these places, I mean we’ve played pretty much every Southampton venue and we’ve never really headlined so it will be good to come back and just kind of do it ourselves. And see the progression because we’ve played in every small venue and then we’ve done some support slots in some bigger venues but we’ve never done our own. I think mmm like Leamington spa we’ve never really been there something a bit different. Manchester Deaf Institute was the first to sell out so we’re absolutely buzzing about that.

Have you played in Manchester much before?
Yea we’ve played the Soup Kitchen for Dot to Dot, the Academy with Jimmy’s World, and we’ve played Night & Day Cafe. Over the last two years we’ve played everywhere so I think yea Manchester is going to be one of the better ones, you guys are super passionate about music!

What should we expect from the gig coming up?
I think we try and look at what we love about rock and roll live and live performances and stuff and I think the best thing about it is that the beauty of rock and roll is if you’re in the crowd you’re jumping around and your singing and sweating with total strangers. I think that’s a very unique experience and especially if you’re singing the words and you’re surrounded by people you know you’re all connected by that one thing. I think there’s something to be said about when we’re on the stage and we’re looking out onto the crowd and stuff we’re very much in the moment and unless your like meditating there’s not much in modern day life where people live right in the moment. To me it’s the same with being in the audience all you’re really focusing on is what’s on stage and what’s happening in that moment. So if people come and get sweaty and sing along free their inhibitions and just have a good time that’s the whole point and that will be our job done so that’s what people can expect from the show man.

Is there one stage that would be your dream gig?
I think having Reading Festival on our doorstep and going every single year really has shaped the way we really kind of look at success as a band. It’s never been really like let’s sell 10000 records. It’s like where can we get on the reading festival line up. What can we do with this festival, this is where our love for music really came to life, the spontaneity and how it’s all hinging and hanging by a thread. Whether it’s going to be a disaster or whether it’s going to be history making gig we’ve always loved that so I think dream gig would be headlining reading festival. But that’s not saying that; I don’t want to be that band that’s like ‘we deserve to be headlining reading festival with this album’ at the end of the day we just got to focus on what music excites us and if we put it out there and it connects with people. then we’ve earned it and then if not and we don’t get that then tough I mean even if we weren’t successful I’d still be in a band making music there’s no doubt about that we will see how it goes.

Apart from an epic tour and festivals this year, what else is coming up for The Amazons?
We’re doing an announcement in the next two or three weeks with the specifics but it’s going to be a summer baby and it’s going to be a summer album, we want to go out into festival season with an album, that’s when we’re going to drop it. That’s what the whole year is based around the release of that really and to be fair, we recorded it last year from about April, May to June so it’s a kind of a a summer record it’s a mix it’s quite heavy but also intimate and yea that’s the big thing for us this year and then were just going to head out on tour and a few festivals in the pipeline abroad that we haven’t mentioned yet, I don’t think we can but it’s really exciting.

The amazons are set to go on an extensive tour featuring; support of You Me At Six in March, their own headline tour and a string of summer festivals see full list below. 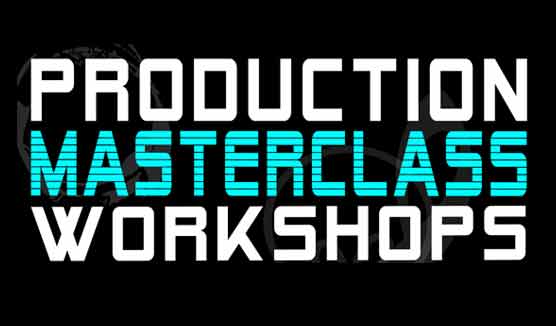 The Southmartins at Manchester Club Academy