Taken from his upcoming "Audio Honey" album, "Prince Charles" is an unapologetic banger with fun visuals to match. 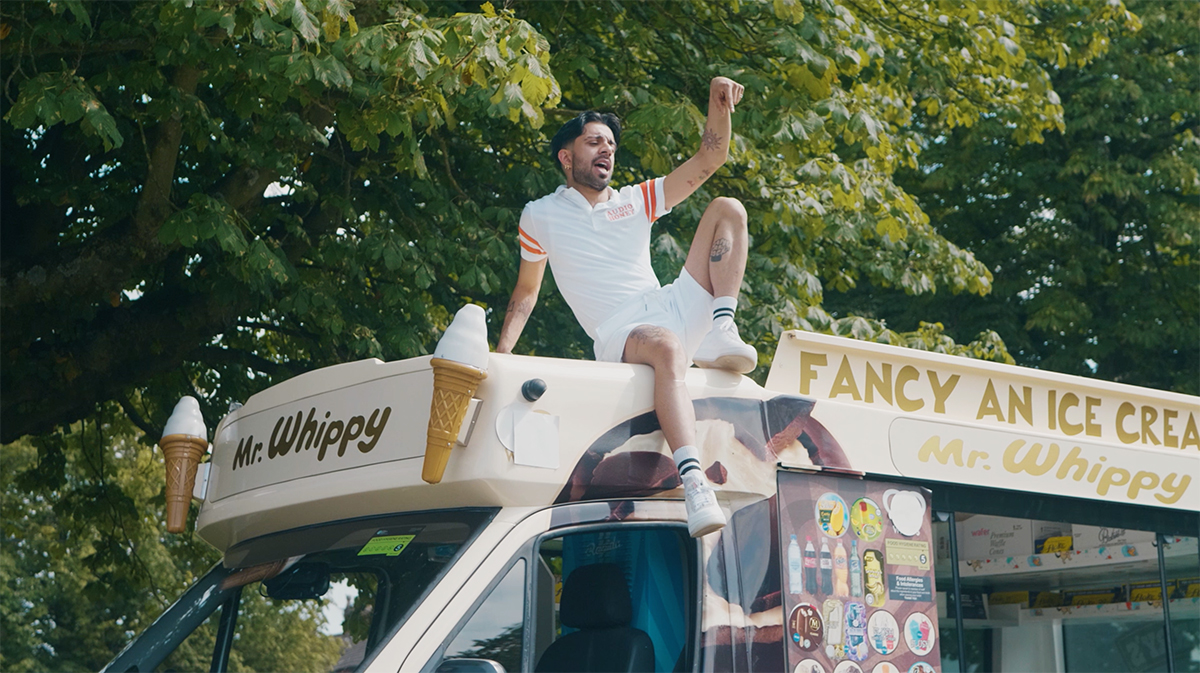 A few things can be said about Jamaal Monarch; he’s a vocalist, songwriter, producer, engineer, activist, and designer. On his latest release, we see Jamaal play ice-cream man, hitting the Manchester streets with 99 Flakes for all. The fun video is a great capturing of Jamaal’s message; diversity, freedom of expression and self-empowerment. Speaking to Finest, Jamaal revealed that the track was produced mid-flight while en route to Berlin in 2019. Jamaal states “this track is the best summary of what I’m about; lyricism and high-level production, while being honest and fun at the same time.”

The video was shot by Manchester videographer Daniel Johns and the track itself was mastered by Joel Anthony Patchett, whose recent work includes new tracks from King Krule, Denzel Curry and even Billy Ocean.

Jamaal has been on a steady rise over the past two years. After playing a support gig to New York rapper Le1f, Jamaal was supported by MOBO Help Musicians Fund 2019 for his upcoming “Audio Honey” album release. Highlights from the past two years include back-to-back slots at Manchester Pride, local shows with iLuvLive and Fatty Acid, and support from Notion, UNILAD, Reform and Unity Radio.

Get 50% OFF at Manchester’s Oldest Italian this October